As results roll in, re-live our analysis from election night

HOUSTON – Polls closed at 7 p.m. Tuesday and election results trickled in slowly. Political analyst Dr. David Branham provided insight into voter turnout, election results and what that means for you. Branham is the chair of the Social Sciences Department at the University of Houston-Downtown.

You can see live election results for your county or a specific race here.

See his analysis from earlier in the night:

Tony Buzbee doesn't feel he's out of the race with 29% of the vote so far. With the latest update of numbers, incumbent mayor Sylvester Turner is at 47% of the votes meaning a runoff is still possible.

"Somebody say, 'oh, Buzbee is not gonna make the runoff,' well guess what, we’re gonna make the runoff and when we make that runoff we are going to win," Buzbee said at his campaign watch party. "I'm going to tell you something right now, the fact that I’m standing here with all of you people gonna be your next mayor."

Incumbent Mayor Sylvester Turner spoke at his campaign watch party. He thanked several people including Harris County Judge Lina Hidalgo. Here what he had to say below:

Texas Gov. Greg Abbott declared that Texans had "voted overwhelmingly for proposition 4" that would permanently ban income tax in the state.

"Today’s passage of prop 4 is a victory for taxpayers across the Lone Star State," Abbott said in a statement Tuesday night. "I am grateful to Representative Jeff Leach for his bold leadership on this issue, and for the overwhelming majority of Texans who voted to ensure that our great state will always be free of a state income tax. This ban on such a disastrous tax will keep our economy prosperous, protect taxpayers, and ensure that Texas remains the best state to live, work, and raise a family.”

The Harris County Clerk tweeted that the first boxes of results arrived in downtown. The first batch of results should be released within 30 minutes.

Our first boxes of Election Day results are arriving downtown. We excpect to be able to release an initial batch of results within 30 minutes. pic.twitter.com/XixwYNQxMw

Texas Constitutional Amendments almost always pass. The reason being that it takes a 'supermajority' of two-thirds of the Texas House and two-thirds of the Texas Senate to place them on the ballot. The exception to the rule tonight appears to be Texas Proposition 1. This amendment proposed to allow a judge to hold more than one municipal office. The reasoning behind the amendment was that there are small municipalities in Texas that do not have needed judges and a judge from a neighboring city could hold two seats at once to pick up the workload. However, voters didn’t take kindly to the proposed amendment many probably thinking that holding two seats at once was too much of a power grab.

In the Houston City Council District D race it appears that Houston Community College Trustee Dr. Carilyn Evans-Shabazz will be in a runoff. The story is the race for second place and the coveted second runoff position. Early voting results show five candidates within 209 votes of each other. The contest may also be a lesson in effective nicknames with Community Activist Brad “Scarface” Jordan sitting just 27 votes away from the runoff after early voting. It will be worth watching to see if he can make up those votes on election day when cool nicknames can be most effective. 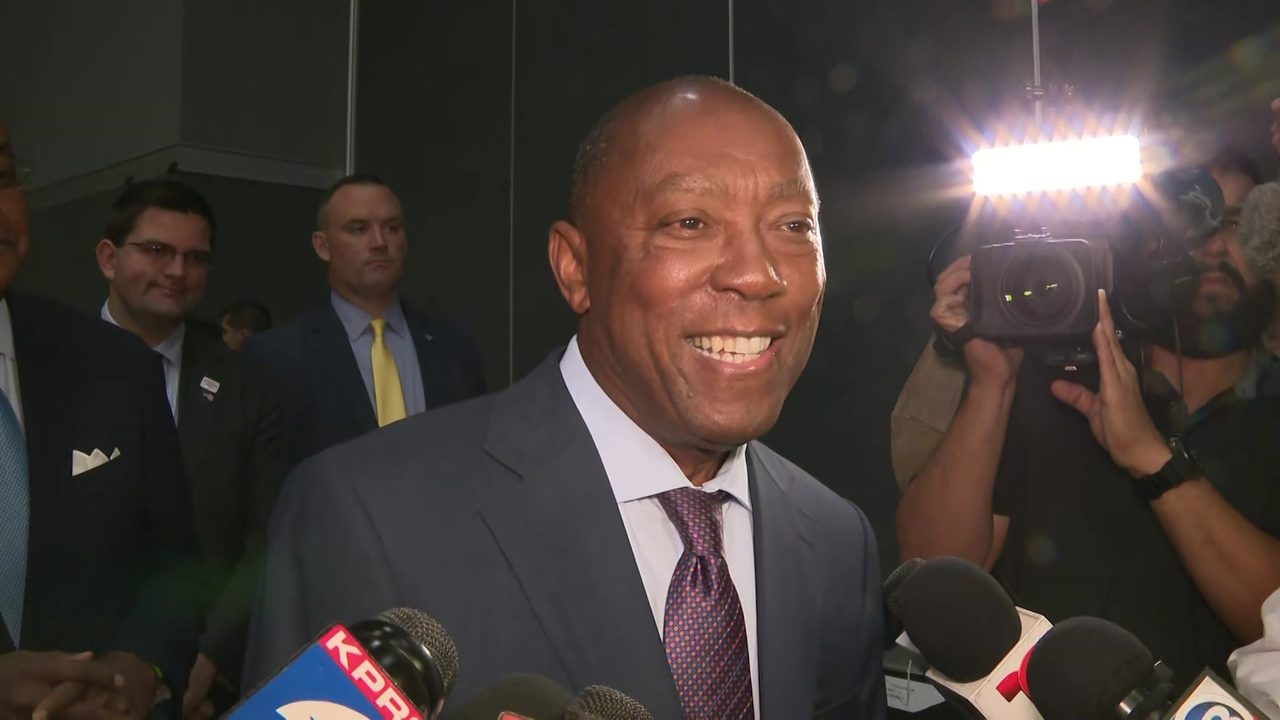 Incumbent Mayor Sylvester Turner spoke with journalists after polls closed earlier tonight. With early voting numbers in, he leads by a wide margin with 48% of the vote. While his closest competitor Tony Buzbee only has 28% of the vote right now, Turner needs a full 50% of the vote to win tonight and avoid a runoff.

Here's what Turner had to say:

"I'm feeling pretty good... you know, early voting numbers are very, very positive and today there was a spike in the voter turnout which is very, very good," Turner said. "We saw a lot of people voting and 30-40 minutes ago people were still in line which is good."

When asked if he thought he would win outright without requiring a runoff, he responded, "that's always my hope and my prayer."

With allegations of corruption sullying his bid this year, he was disparaging of what he called "national nastiness" that he believed was brought to the local race by his challengers.

"I think the numbers speak for themselves. People are exhausted of people just throwing out something from somebody's playbook on a national scene," he said. "People don't want to see this national nastiness take place in the city of Houston. We're better than that"

8:20 p.m. One of the most interesting contests tonight

One of the most interesting contests tonight is the race for Texas State House of Representatives District 148. That seat was vacated by longtime Representative Jessica Farrar. The heavily Hispanic district saw 15 candidates in the race, and with no incumbent, the real goal is to get in the runoff election. Early results show Anna Eastman leading by a small margin over Republican Luis La Rotta. If this holds up Eastman, the former Houston ISD Board member, will be the favorite to take over the seat in the runoff.

A disappointing night for Bill King who came very close to winning Houston’s mayoral race four years ago. The entry of Tony Buzbee effectively split the conservative vote in the city and Buzbee’s campaign was too much for King to overcome.

Other disappointments in the Mayor’s race were Dwight Boykins’ campaign and Sue Lovell’s campaign. Both of these candidates entered the race with plans to win votes from Mayor Turner’s core constituency. However, in the end, the voters supported Mayor Turner in his re-election bid. 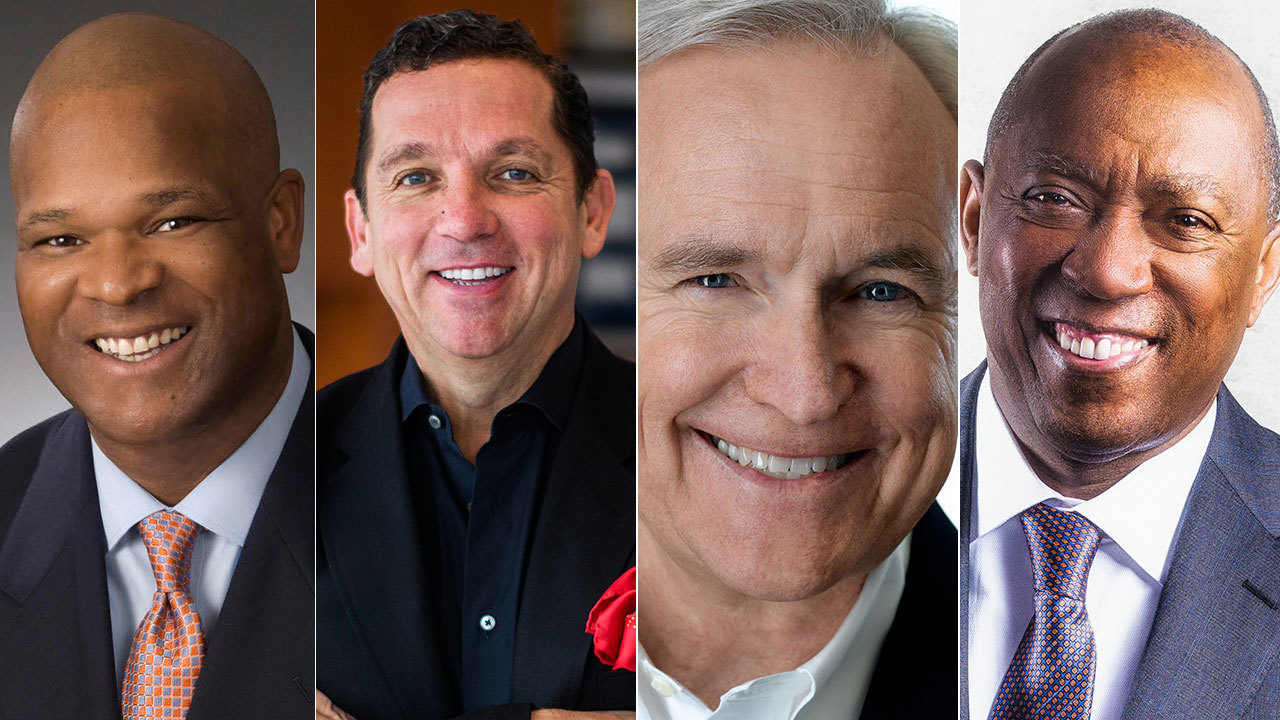 The big story tonight will be whether or not Mayor Turner will get more than the needed 50% + 1 to win the seat outright. The early returns show that he is a bit short.  However, election day voters can easily put him over the top. If he is unable to win tonight he will have a runoff against Buzbee. While Mayor Turner will win by a significant margin, runoffs are always dangerous, especially when your opponent is so well-financed.

While early voting and mail-in numbers are in, it will be a while before we see today's numbers come in. You can keep an eye on numbers as they come in here.

There are 10 statewide propositions voters saw on the ballot today and each would amend the Texas Constitution if passed. You can read more about those propositions here.

The race for Houston mayor has been a hot one with 12 candidates vying for incumbent Mayor Sylvester Turner's job. Of those 12, the four top contenders were Turner, Tony Buzbee, Bill King and Dwight Boykins.

In the Houston area, there are several educational bonds that local voters had to decide on. The biggest was for the allocation of $653.5 million towards improvements in Conroe ISD. You can read about that bond and others in the area here.