BEFORE SCOTT VAN PELT OR STUART SCOTT EVER GRACED THE AIRWAVES OF ESPN, THEY HAD TO GET THEIR START. FOR SOME IT CAME ON THE AIRWAVES OF A COLLEGE STUDENT RADIO OR TELEVISION STATION. FOR OTHERS IT MAY HAVE COME EVEN EARLIER.

At Fort Bend Christian Academy, the next Jim Nantz could be walking the halls. The first time you could hear them speak into a microphone during a game broadcast would be for Eagles on the Air.

"In 2015, [Will Scott] was coming into high school and he was interested in broadcasting," Eagles on the Air leader John Williams said. "He asked our assistant principal, what can I do? They got together some funding and bought a Macintosh computer and snowball microphone. He set up a website and he took it wherever he wanted to."

Scott, a 2017 FBCA graduate who was the founder of the Eagles on the Air club, is now at Syracuse University and was recently ranked the No. 17 college broadcaster in the country. "Being a part of EOTA was the highlight of my high school experience," Scott said in an article on FBCA's website. "It afforded me so many fantastic opportunities."

All these years later, the program continues to grow and the equipment has been upgraded. Today, Williams says they have a fully outfitted trailer for away games. They have developed a class – which just completed its second year – that is a part of the fine arts department. There is also a broadcasting club. Last year, there were 15 kids in the class and 10 in the club. "It's kind of blown up," Williams said. "If we could have more, we would. More kids would take it, we just don't have the room to do it right now." 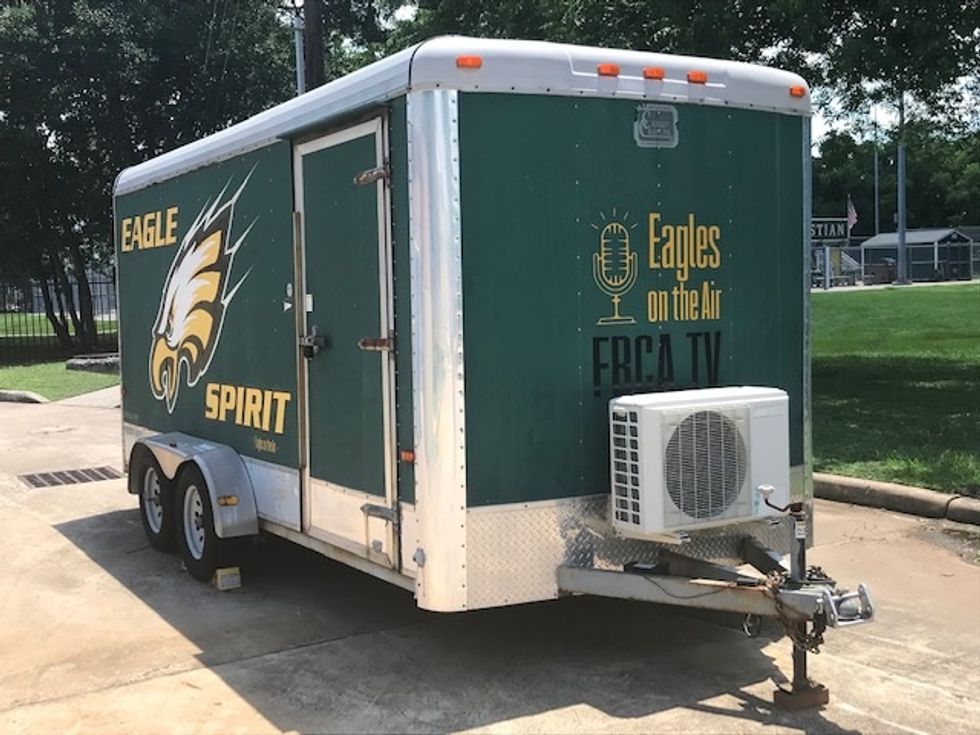