HOUSTON – A man has been behind bars for nearly two decades for a murder that rocked a Houston neighborhood.

Lamar Burks is 19 years into a 70-year sentence after being convicted in a 2000 killing of a man he says he didn't know.

"Never seen the guy. Never met him a day in my life," Burks said.

Previously, Channel 2 Investigates reported on Earl Perry. His body was left in a parking lot in the Fifth Ward in June 1997. He was shot three times.

Perry's death, prosecutors argued, followed a fight over a dice game, and the men who did it were Burks and Clayton Brown.

"I heard that one shot, I started firing ... " Brown told Channel 2 Investigates.

Brown copped a plea deal in 2000 and served a five-year sentence, but he now tells Channel 2 Investigates the person who fired the first shot was not Burks.

Derevin Whitaker, at the time, was a friend of Brown's.

Court documents show prosecutors initially charged Whitaker in Perry's death. However, they later dropped the case, in part because witnesses, including Brown, claimed Whitaker was not at the scene.

So why give false testimony?

Newly admitted sworn statements give an answer focusing on two Drug Enforcement Agency agents who were key to Burks' conviction.

In August, a federal grand jury in New Orleans convicted Scott on seven counts, from perjury to obstruction of justice and falsifying government records.

His case has resulted in convicted felons having their charges dismissed amid claims Scott coerced witnesses into giving false testimony.

"They were known as killer agents, so if you crossed their path, you better watch out. Everybody is in fear of their life," Brown said.

That's exactly what key witnesses in Burks' case now say Scott did to them.

"That night there, I never seen Lamar, not one time," Brown said.

But if Burks wasn't at the crime scene, where was he?

"I was in Louisiana ... en route to my sister's wedding," Burks said.

Channel 2 Investigates obtained a photo of Burks at his sister's wedding in Opelousas, Louisiana, on July 4, 1997. 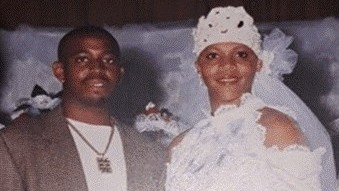 While the shooting occurred during the early morning of June 30, Burks says he spent the week leading up to the wedding in Louisiana with family.

The collect call to mom

Burks said his legal team has phone records to prove he didn't commit the murder.

Burks, they said, placed a collect call to his mother from Lake Charles, Louisiana. That phone record has a time stamp of 4:36 p.m., the afternoon of June 29, hours before Perry's death.

"Mr. Burks was convicted based exclusively on false testimony, " said Michael Wynne, Burks' attorney.  "It was disturbing how someone could be convicted for such a length of time based on faulty evidence."

Burks has had two failed appeals, although the picture and phone record were not admitted into evidence during any previous trials.

Burks said they speak to reasonable doubt -- maybe even freedom.

Burks' legal team will include the picture and phone record during an evidentiary hearing that's scheduled to begin Tuesday.

Representatives with the Harris County District Attorney's Office said they continue to stand behind their case and said witnesses will confirm what they've proven three times already.

Emmy and Edward R. Murrow award-winning journalist. NOLA born and bred, though #HoustonStrong, with stops in Minnesota, New York, Massachusetts, and Connecticut in along the way.