“I’m just a little upset,” plumber who found cash in Lakewood wall says he hasn’t heard from the megachurch

19 alligator incidents in the Houston area you might remember

HOUSTON – Alligators and humans live in close proximity in Texas, so it's no surprise that there are plenty of situations in recent years when gators have turned up in places humans may not appreciate, but were once habitat for these animals.

Here are some of the most memorable stories we've covered in recent years involving alligators. 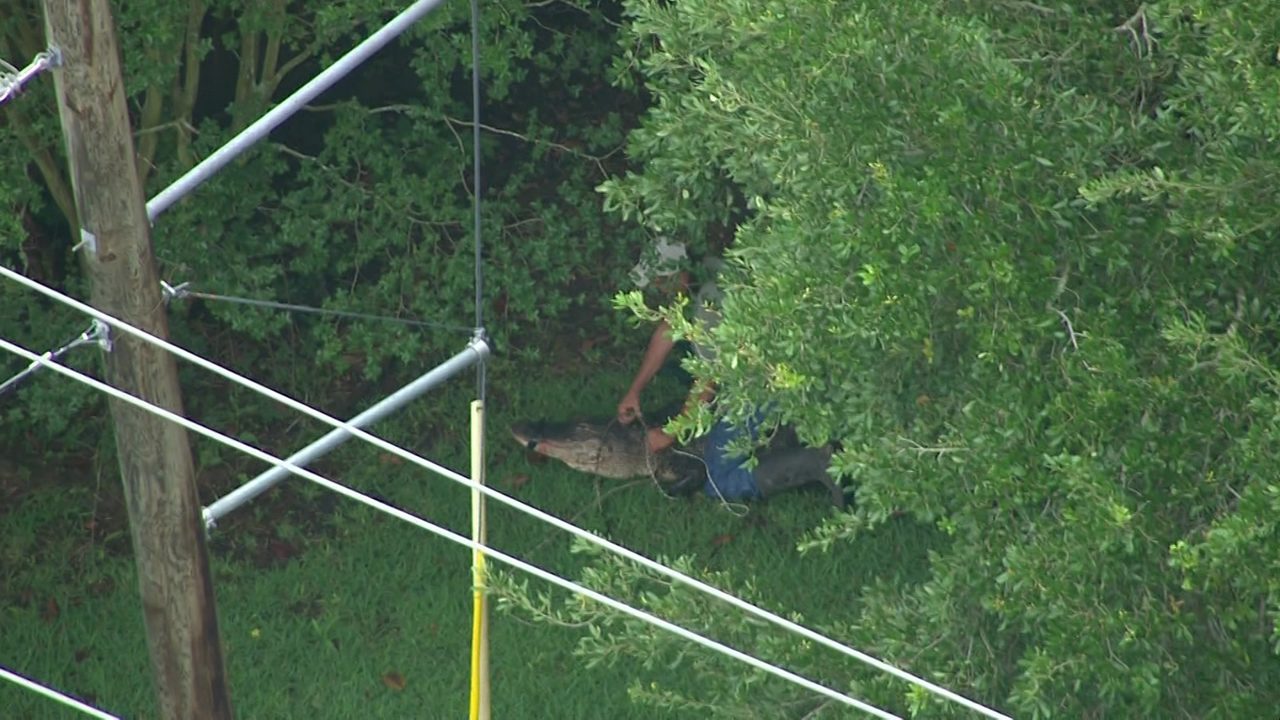 Officials spent a morning wrangling an alligator in a Clear Lake neighborhood. The giant reptile was crawling down the street near the intersection of Clear Lake City Boulevard and Garden Creek Way. 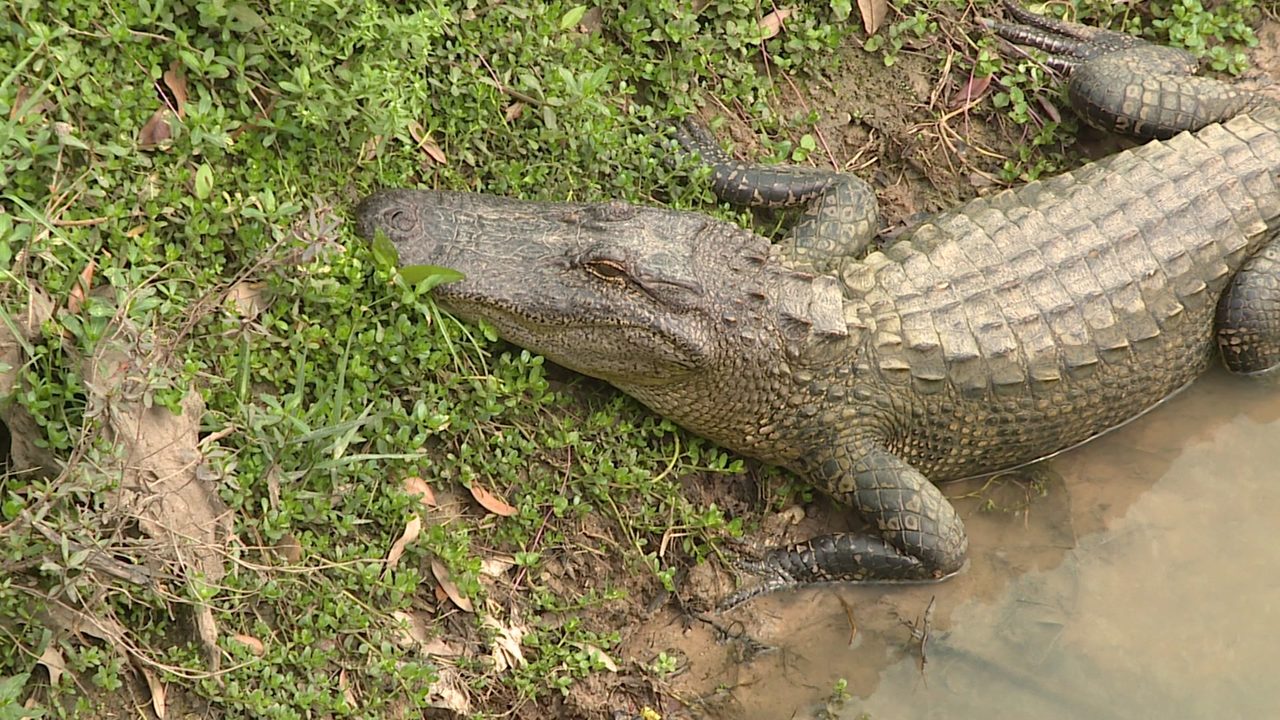 In Cinco Ranch, off Cinco Ranch Boulevard, there is a small pond with a nice waterfall. It's a peaceful part of the neighborhood where people ride bikes and walk their dogs. In the middle of all the beauty, basking in the sun, lives an 8-foot long alligator.

3.    Here for the Halloween party: Gator wrangled in Galveston

Likely just early for a Halloween party, an alligator made an appearance along the Galveston Seawall on Halloween Day.

Livingston Mayor Judy Cochran shot a monster gator she believes is responsible for killing one of her mini horses. 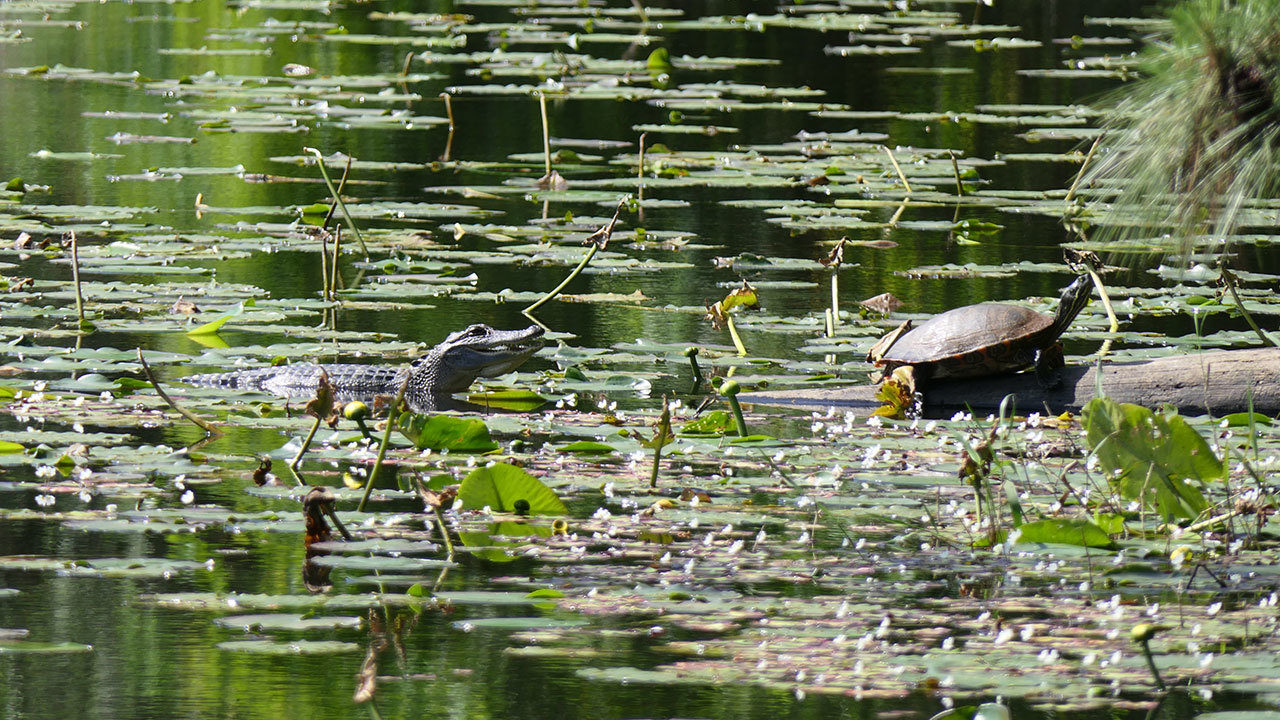 A small alligator has made the Houston Arboretum & Nature's pond its current home. 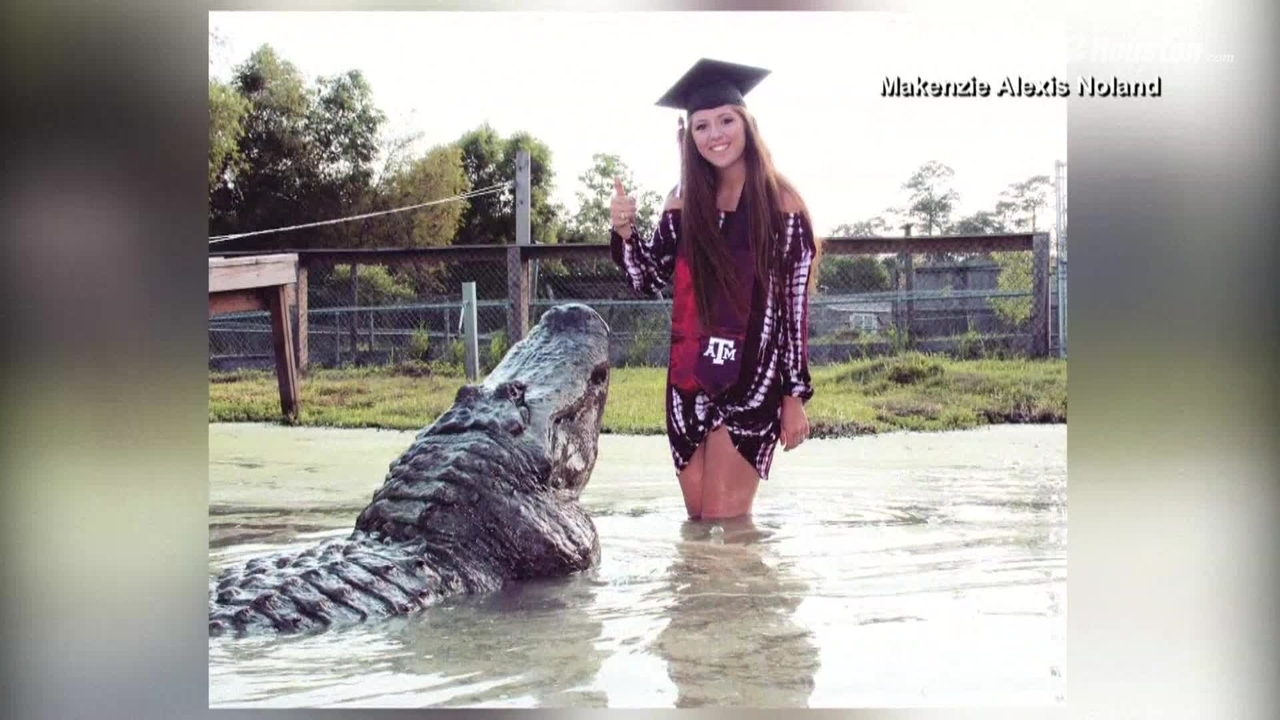 The graduation photos of Makenzie Noland include a real live alligator. 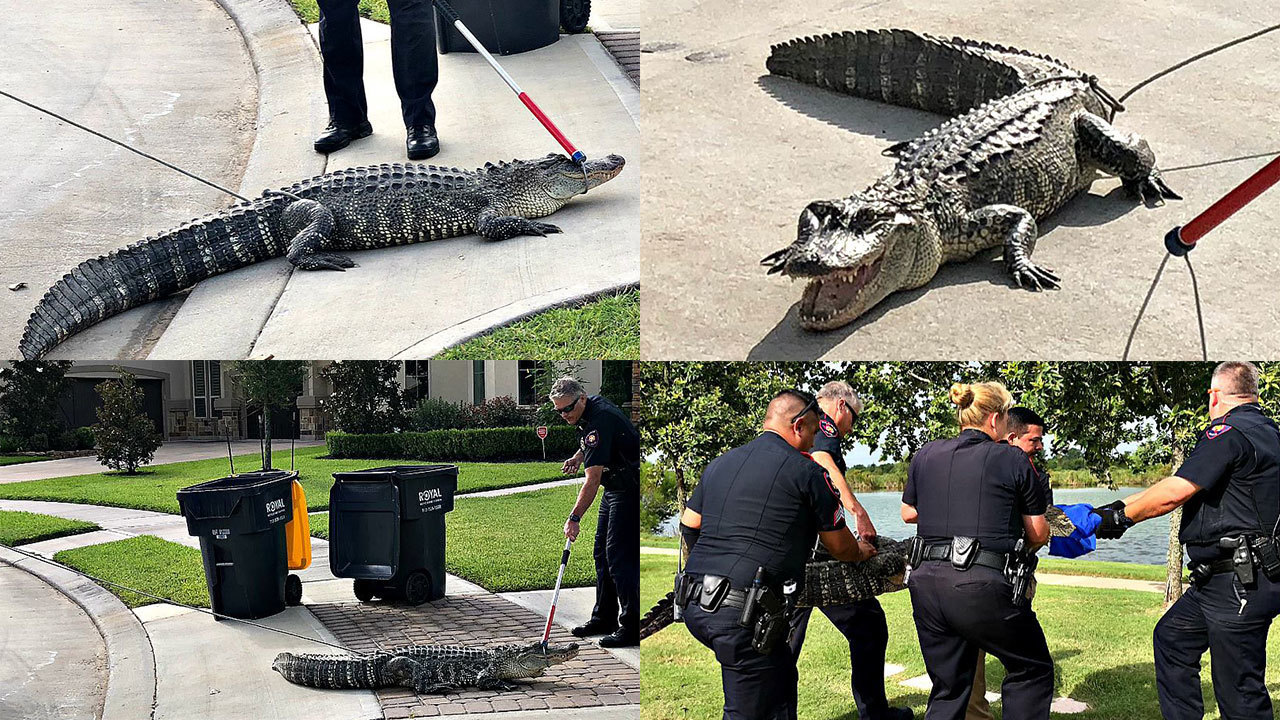 "This morning a seven foot alligator thought joggers needed a little extra motivation as he was spotted inside the gator section…err…gated section of Cross Creek Ranch.” 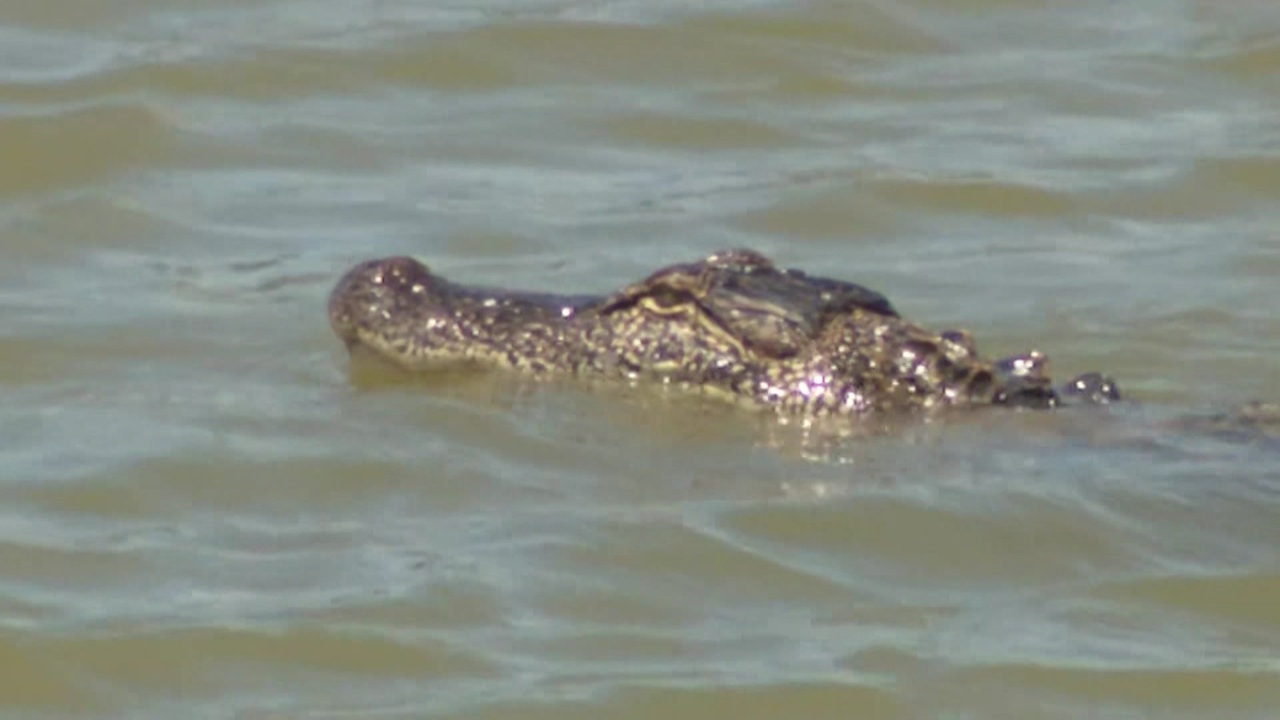 Residents at a Texas City subdivision are wary of alligators in their neighborhood retention pond, which is located right next to a playground. 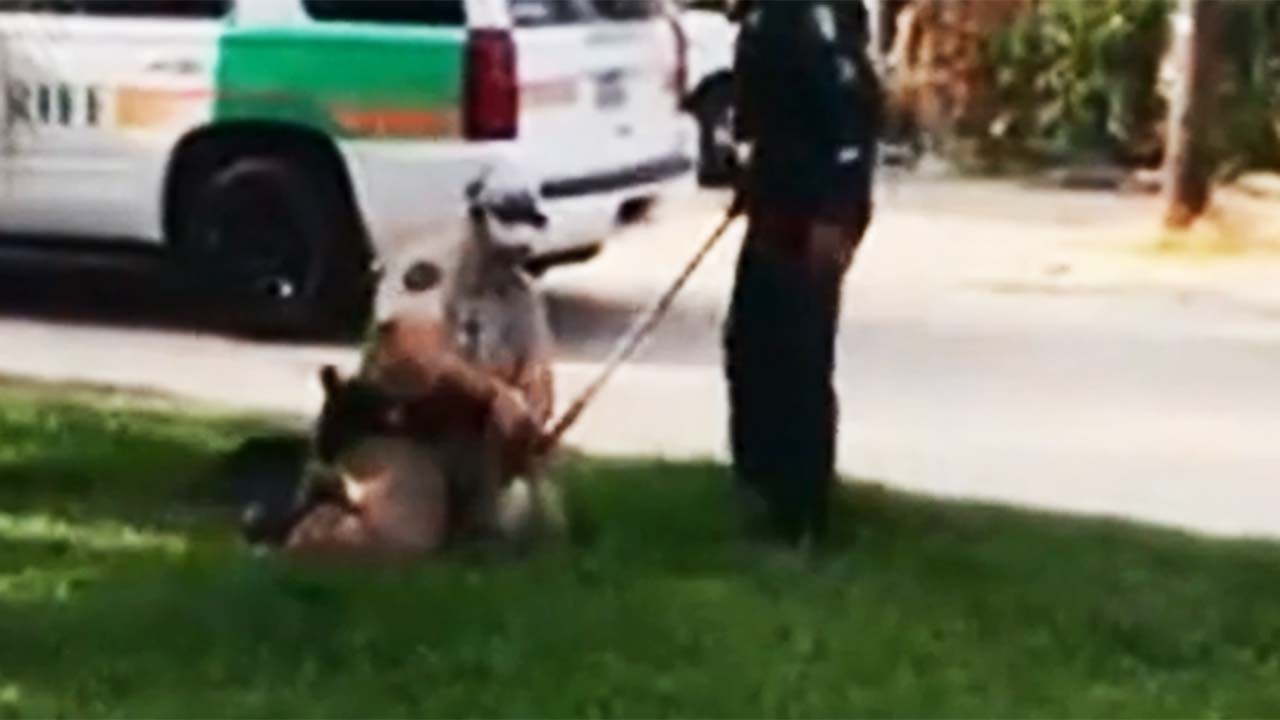 Galveston County authorities show they know what to do when a gator comes to town. 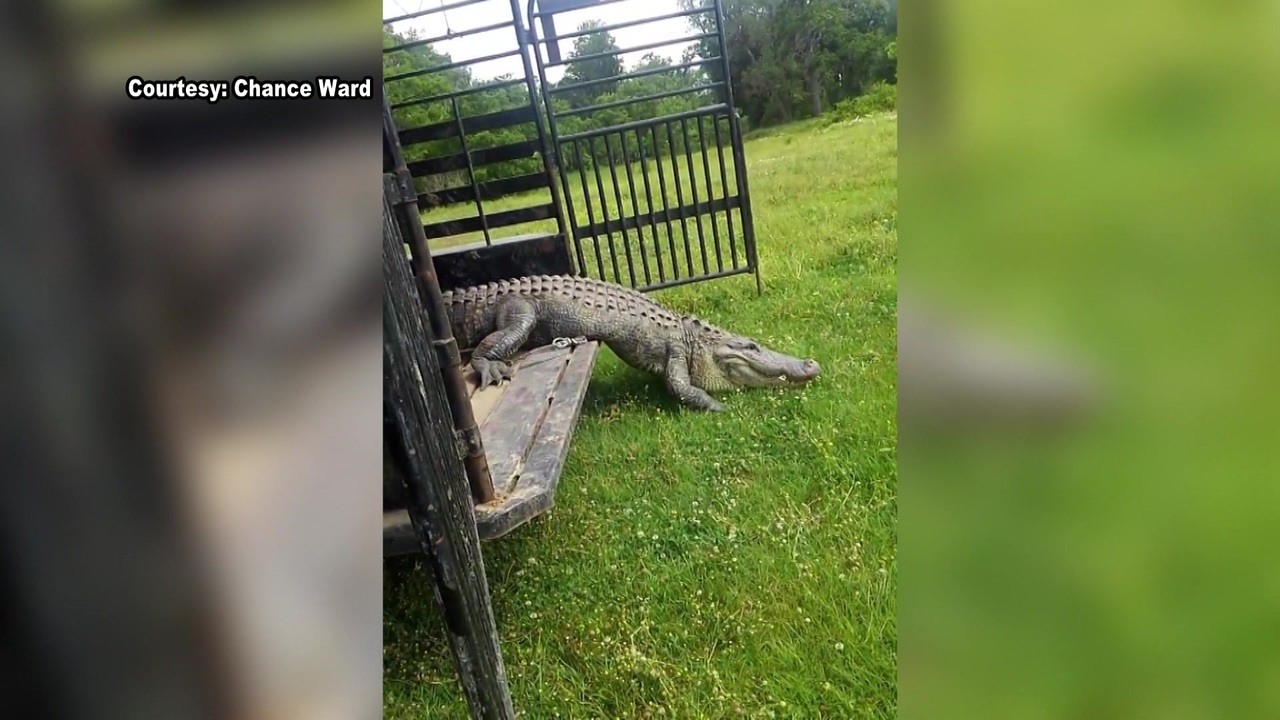 A nearly 12-foot alligator held up traffic on Highway 59 near the east fork of the San Jacinto River Bridge in Cleveland. 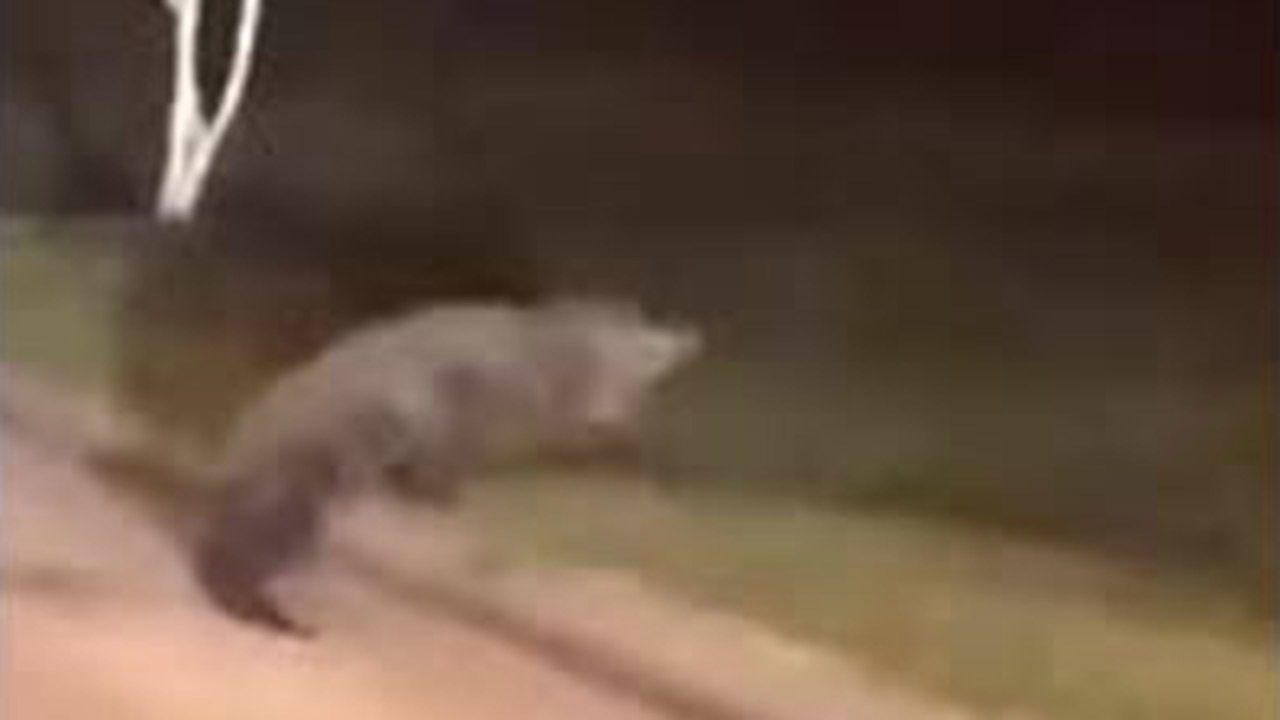 A massive alligator walked down the street in Pearland.

"Christmas caroling this time of year is welcomed and encouraged. However, an alligator singing holiday themed music is apparently frowned upon.” 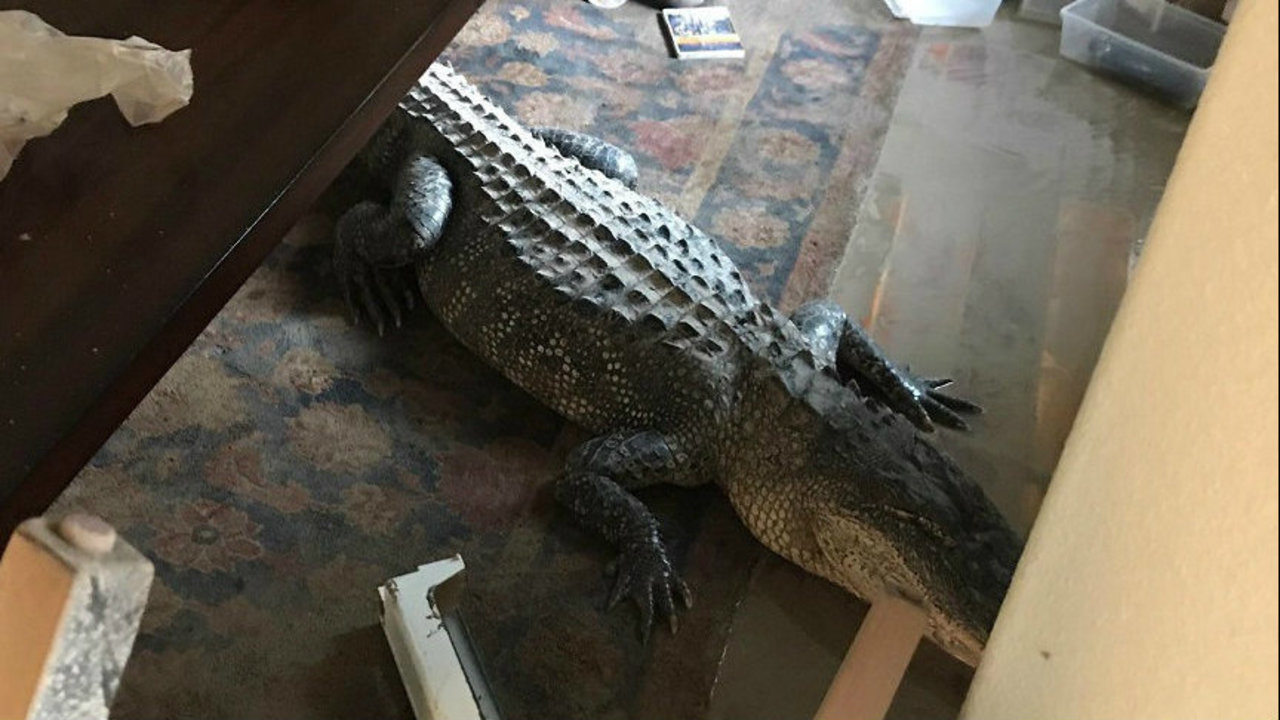 When officials were called to a home near Lake Houston after learning of a possible intruder, they certainly found one: An alligator, which had made its way into a flooded house. 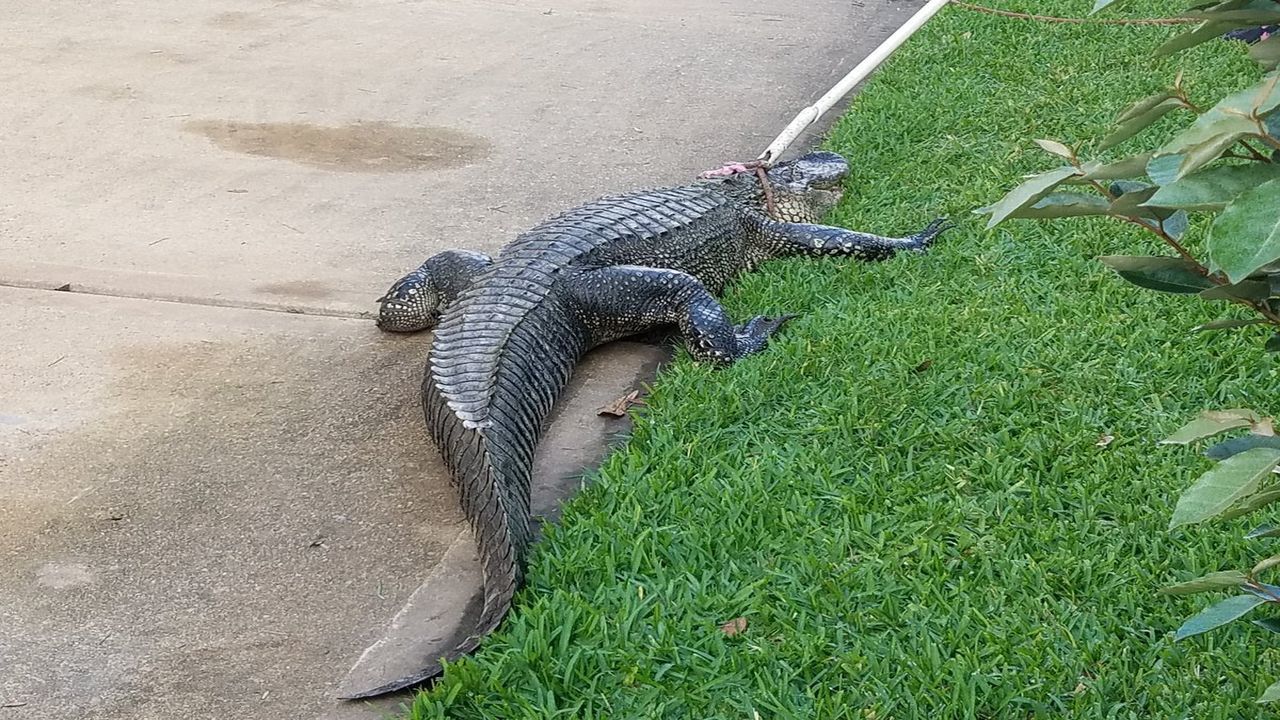 An alligator did not want to leave a driveway on Forster Canyon Lane in Fort Bend County.

With his sharp teeth and scaly skin, the 10-foot-long, 200-pound gator wasn't who a woman and her roommate wanted knocking at their front door first thing in the morning. 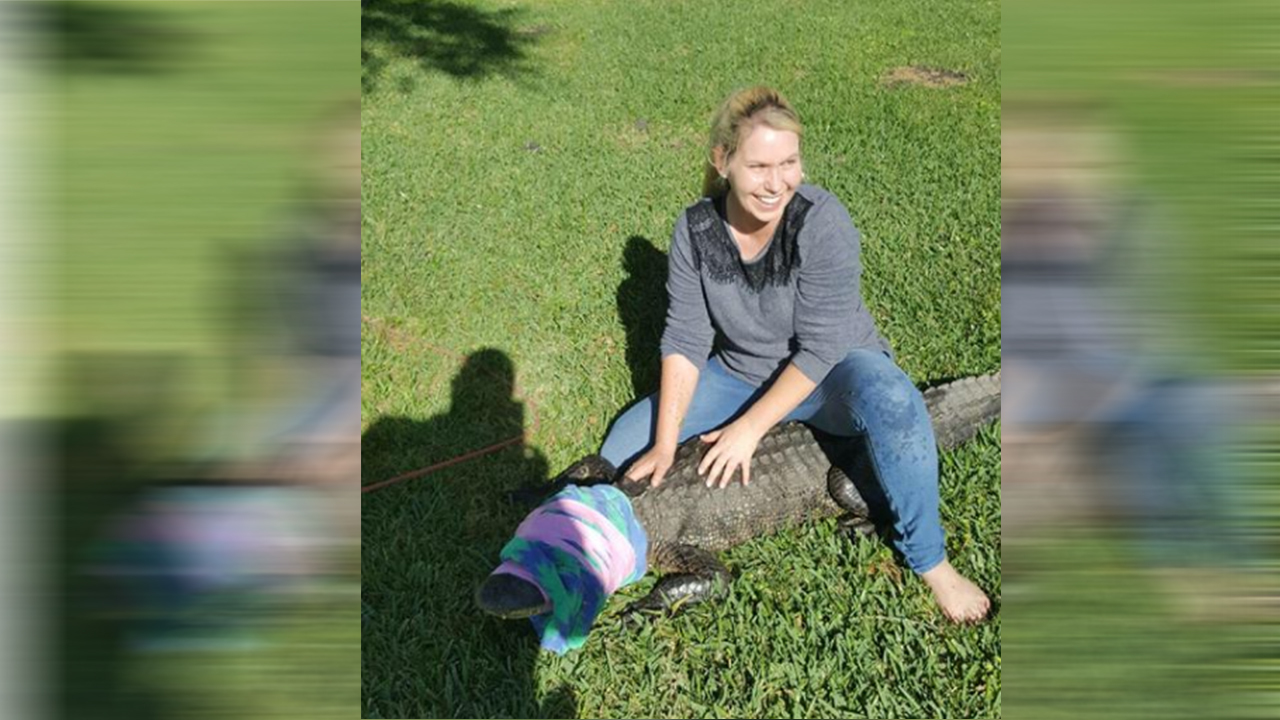 Christy Kroboth with the Texas Gator Squad captured a giant 7-foot-long gator she has nicknamed “Jackie."

17.    Crews search for gator with taped mouth in Missouri City

Officials searched for a 4-foot-long alligator spotted with its mouth taped shut at Buffalo Run Park in Missouri City. 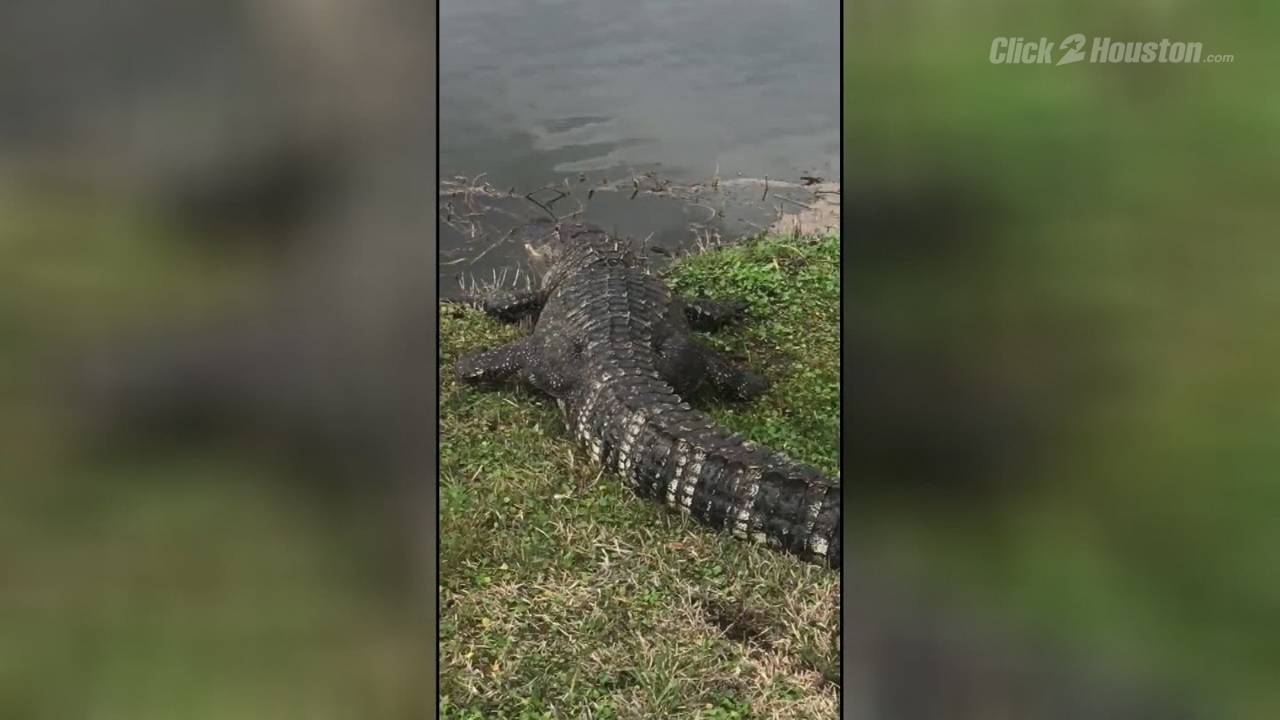 Members of the Gator Squad removed a 6-foot alligator named Heidi from a backyard in Missouri City.

19. Gator with a knife stuck in its head

Residents are worried about a gator in a Sugar Land lake -- not because of the dangers of the reptile itself, but because of what someone did to it. The gator is in Pumpkin Lake, which backs up to Cullinan Park, and neighbors said they've seen it swimming around with a knife poking out of its head.