HOUSTON – More than 100 animals were seized Tuesday from a southwest Houston apartment, according to authorities.

“I’ve been here 10 years and I think this rescue is a little unique because there were so many exotics crammed into such a tiny apartment,” said Monica Schmidt, the shelter manager at the Houston Humane Society. “We’re talking about a tiny one-bedroom apartment with stacks of filthy cages housing these animals, really deplorable conditions.”

Officials said the animals were kept in conditions unsuitable for living and that some were without food and water.

On Tuesday, officials said the animals were adjusting to their "new, clean space."

An Amazon.com wishlist has been created to help with supplies.

“Unfortunately, these animals were living in piles of their own fecal matter, urine, so there’s kind of a stench that comes when there’s obviously that many animals,” said Schmidt.

She said that, while inside the apartment, she saw cockroaches, flies and gnats.

“Once inside the apartment, it was very warm. I’m not sure if the (air conditioning) was working or working properly. These animals were housed in hot, humid, smelly, filthy conditions,” said Schmidt.

The animals were discovered when authorities served an eviction notice.

Deputies from Precinct 5 Constable, along with the Harris County Animal Cruelty Task Force, obtained a warrant to remove the animals.

The Houston Humane Society stepped in and helped in the recovery process.

“This is months of, if not years of, neglect. Whether they were always in that apartment, I don’t know, but, I mean, the state of some of these animals -- it doesn’t happen overnight. They’ve been in pretty bad conditions for a long time,” said Schmidt.

“Our veterinarian team is working right now to get individual exams on each animal and coming up with a species-specific treatment plan for each one, based on their condition,” said Schmidt.

In the meantime, it will work to nurse the animals back to health. Once the legal process is over and the animals are better, they’ll go up for adoption right away.

Schmidt said it’s legal to own the exotic animals recovered on Tuesday.

She said, once the Houston Humane Society starts looking for new owners, it will make sure those owners have experience with exotic animals. 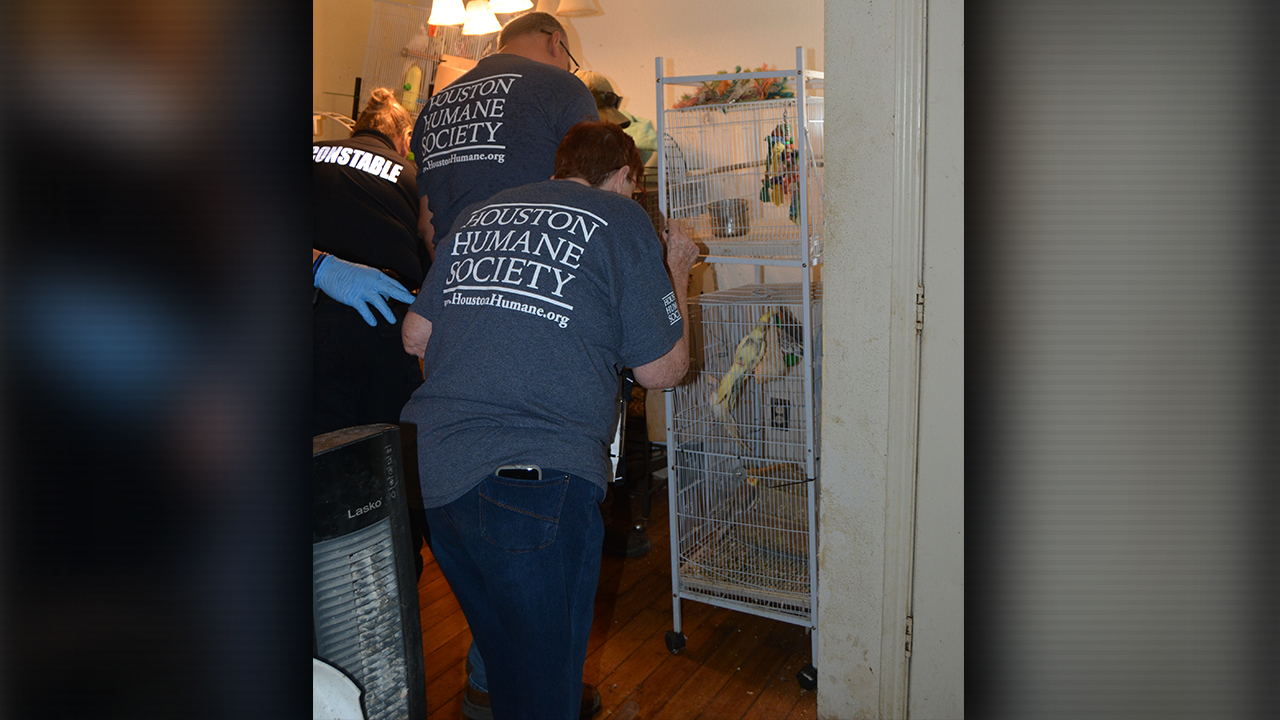 “These animals really need specialized care. There are exotic veterinarians that they need to visit with annually. Their caging needs to be cleaned every day or other day. These guys need specialized care” said Schmidt. “The sugar gliders, for example, are nocturnal. We need to make sure whoever adopts them understands them and know(s) what they’re getting into.”

The reason why the tenant at the apartment had 105 animals is still under investigation.

“We have no clue if this gentleman or person was breeding them, if he just got over his head and was hoarding them. We have no indication one way or the other, but they definitely were not being cared for and definitely being neglected and it’s definitely, to me, cruel to keep an animal in this kind of condition,” said Schmidt.

Authorities said that, once the investigation is finished, the case will be handed to the Harris County District Attorney’s Office.