More Sunday storms, cold front still on the way for next week!

HOUSTON – New surveillance video and pictures were released Monday of a man who officials say fatally shot a doctor on a bicycle Friday near the Texas Medical Center and then fled. 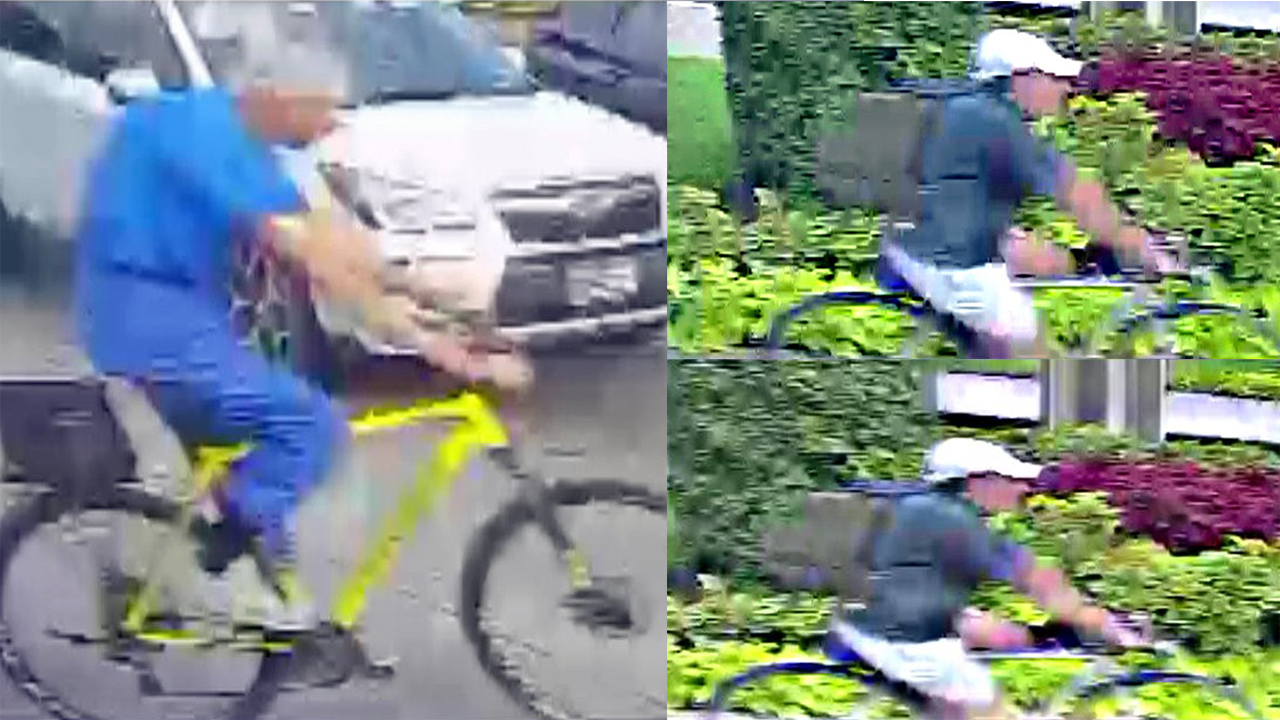 The victim was identified by the hospital as Dr. Mark Hausknecht.

Hausknecht, 65, was a cardiologist at the DeBakey Heart & Vascular Center and a leader in Houston Cardiovascular Associates, the hospital said.

"Mark was a fantastic cardiologist and a good man," Bush said. "I will always be grateful for his exceptional, compassionate care. His family is in our prayers."

"The suspect was on a bicycle as well, rode past the doctor, turned and fired two shots. The doctor went down immediately," Finner said.

Hausknecht was taken to Ben Taub Hospital, where he was pronounced dead.

A bike, Hausknecht's white coat and stethoscope, and several shell casings could be seen on the ground near where he was shot.

KPRC2 spoke with an eyewitness who did not want to be identified. He said he helped the doctor shortly after he was shot.

The man felt the doctor was struggling, so he grabbed an orange cone nearby and propped it under his head. He said he could see the suspect riding down the street on his bike, and people were shouting to stop the man but he got away.

The suspect was last seen riding a light-colored mountain bike traveling west on Southgate Boulevard. He is described as white or Hispanic, around 30 years old and about 5 feet 10 inches tall with a slender build.

He was wearing a gray warmup jacket and khaki shorts.

It is unclear if the doctor was targeted or if the shooting was random.

"I’m very sorry to inform you that Dr. Mark Hausknecht, a cardiologist who was an important member of the Houston Methodist staff and the DeBakey Heart & Vascular Center, was tragically shot and killed this morning while riding his bicycle to work. Mark was a leader in the Houston Cardiovascular Associates and specialized in cardiovascular disease. He received his medical degree from Baylor College of Medicine and completed his residency and fellowship at The John Hopkins Hospital. He is a longtime Houston Methodist-affiliated physician and has been in practice for almost four decades.

"His patients appreciated his kind bedside manner and the extra time he took to answer their questions and fully explain their condition and treatment. We will all miss seeing Mark in the hallways and seeing patients in the cath lab and CCU, where he was known as a compassionate physician with a phenomenal bed side manner. Our employees who worked with him said patients were so proud to call him their doctor.

"Not only was he revered by his patients but Mark was highly regarded among his peers and colleagues. He was recently recognized as a Super Doctor, a listing of outstanding doctors who have attained a high degree of peer recognition or professional achievement.

"We wish Mark’s family and friends peace and prayers as they cope with their loss."

Jim McGrath, a spokesman for former President George H.W. Bush, said the 41st president was previously treated by Hausknecht. McGrath said in a statement that Bush was "deeply saddened by the tragic circumstances surrounding the untimely passing of Dr. Mark Hausknecht in Houston earlier today, and 41 sends his most sincere condolences to the Hausknecht family, his colleagues at Houston Methodist, and his friends."

Memorial Hermann Hospital also released a statement Friday that read, "Memorial Hermann is deeply saddened by the tragic loss of Dr. Mark Hausknecht. Dr. Hausknecht was a talented, compassionate physician who provided excellent care to our patients, and he was a cherished friend to so many within the close-knit medical community that is the Texas Medical Center. During this difficult time, our thoughts and heartfelt condolences are with Dr. Hausknecht’s loved ones, his patients and his colleagues."