Running your car when it’s unattended? This is why you shouldn’t do that

The approved changes are:

The approved changes are expected to be complete before the start of the school year, which is Aug 21, and suggested it was more expensive than anticipated.

The proposed 6-foot fence around the high school was not approved. The board asked for more information.

“At the end of the day, we’re going to be challenged with prioritizing these things,” Board president J.R. “Rusty” Norman said, “And things that we can sustain long-term. I feel good that we were able to move forward. We made some decisions on things that make sense. Hopefully people agree with it.”

The district also discussed gutting the arts area where the deadly shooting happened by removing all the walls that separate the classrooms. It was proposed that the empty space be turned into offices for school police or security officers, but the final decision will be discussed at a later date.

Many said they wished metal detectors had been considered as well. A separate Santa Fe safety and security committee will consider that option on Thursday.

If approved by that committee, the measure would be taken up during the next school district meeting, which is on Monday.

After the board meeting, more than 100 community members met at City Hall to discuss school safety.

“This was a huge tragedy and we really needed to be brought together as one giant family,” Laura Dominey-Clark said. “It’s really great that we had such a good turnout tonight.”

The community group was organized initially on Facebook. This was their first public meeting. Santa Fe’s mayor allowed the group to meet at City Hall.

“I feel like we’re actually being heard,” said one attendee. “I really do.”

Below are some renderings on the proposals: 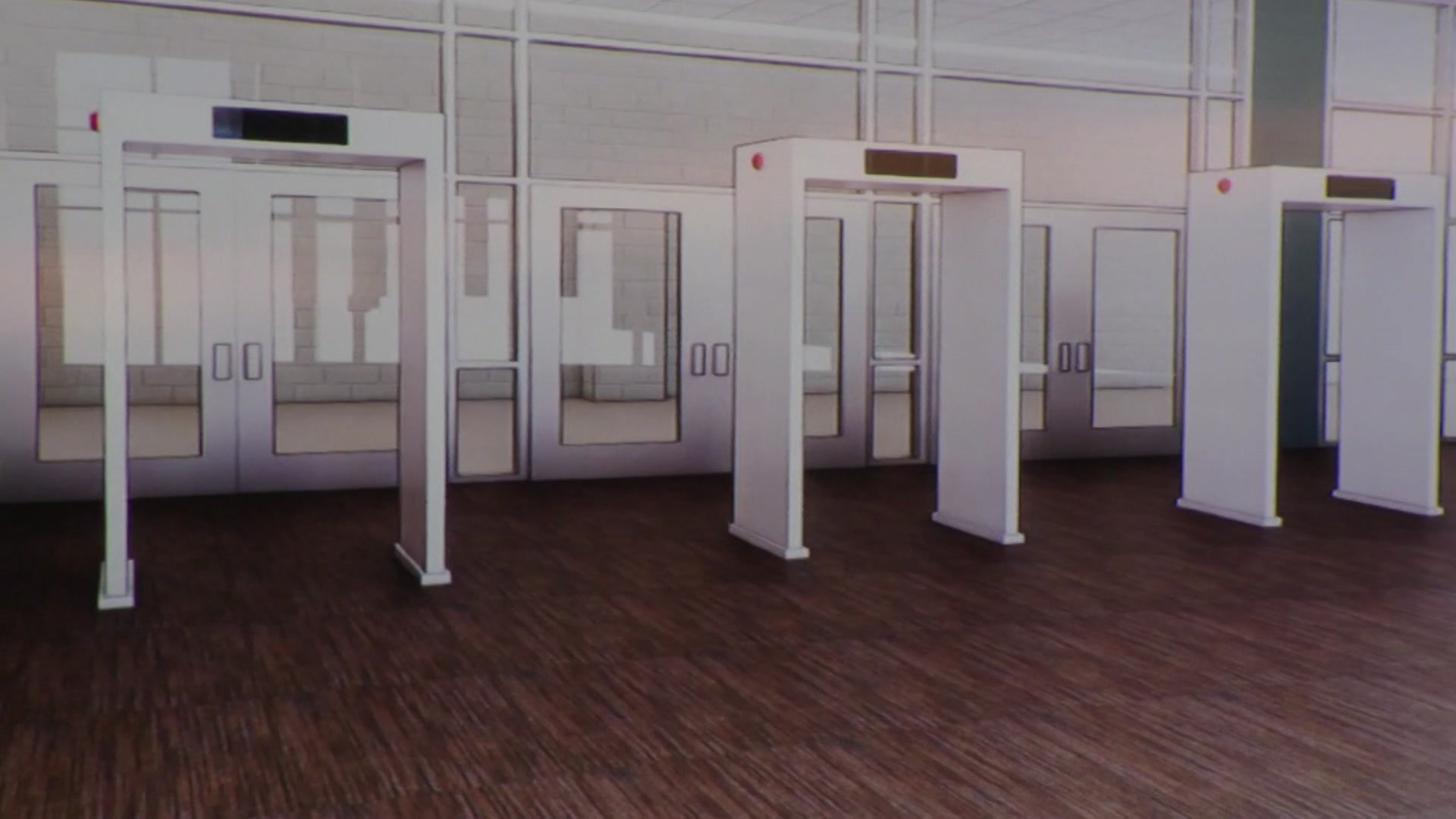 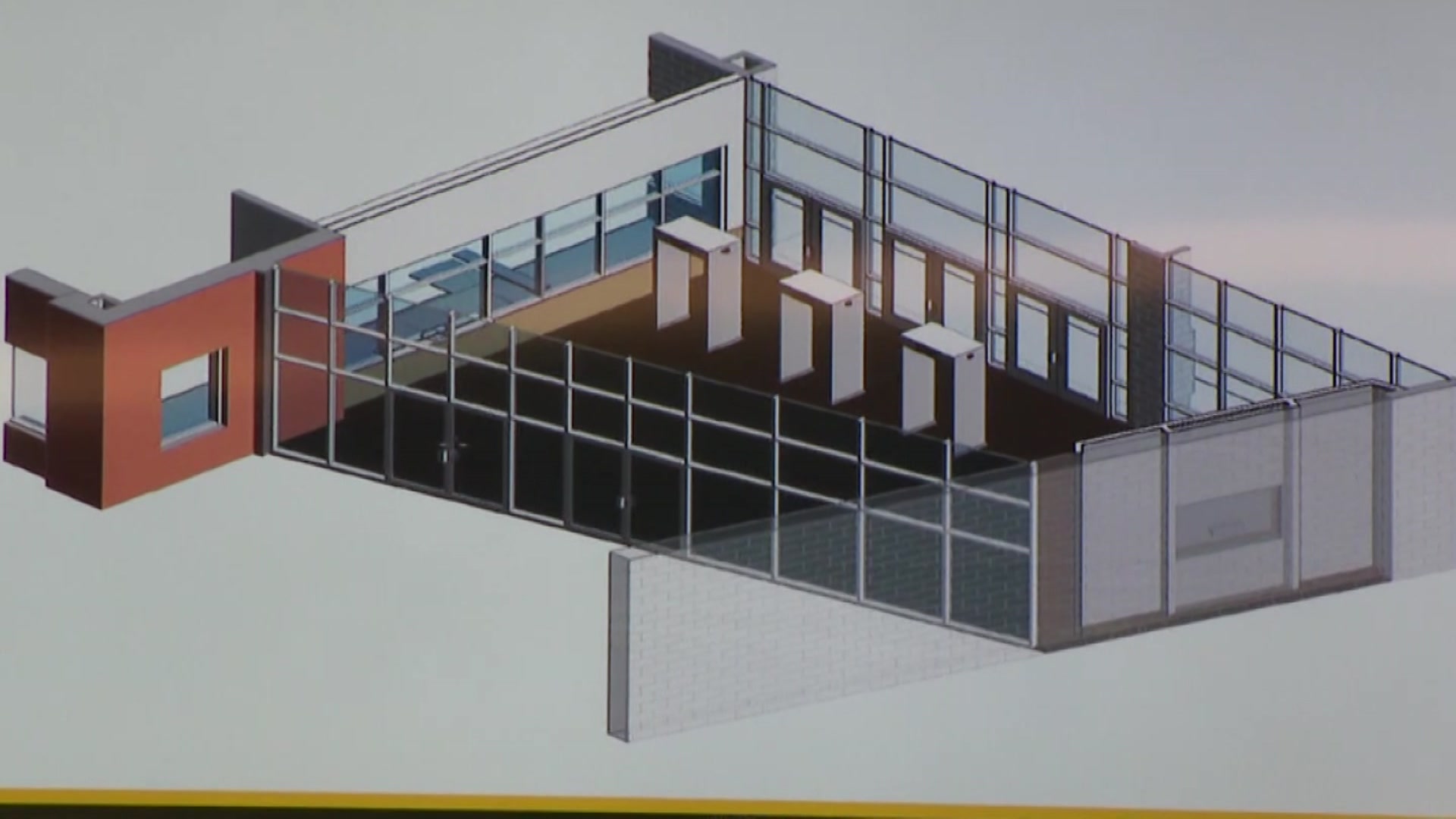 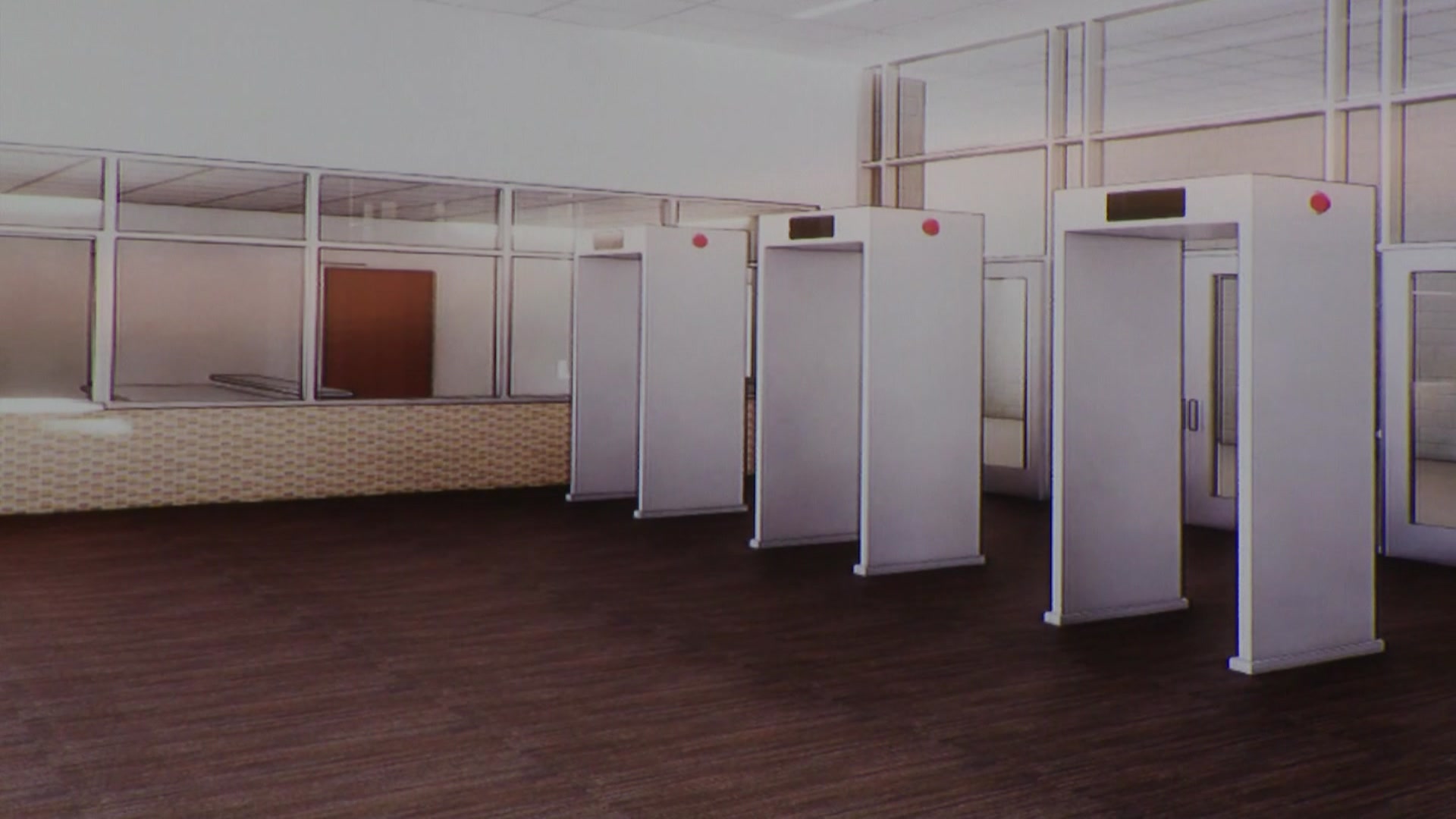 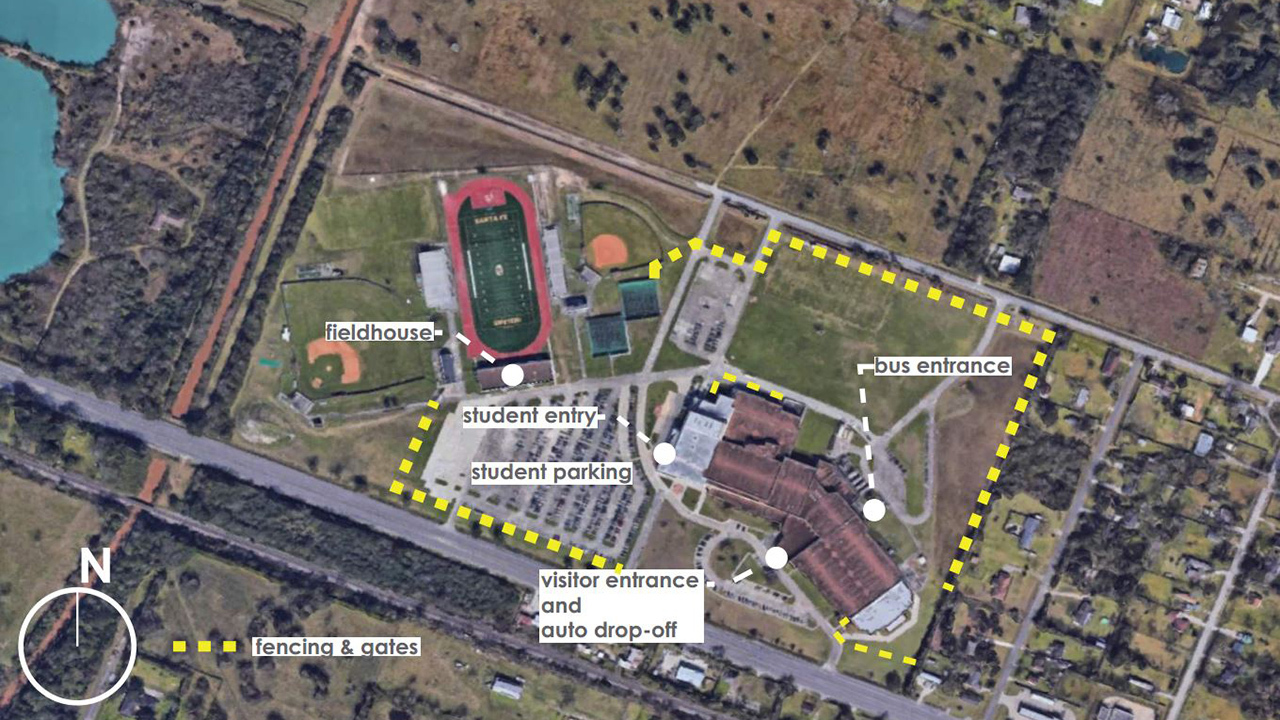 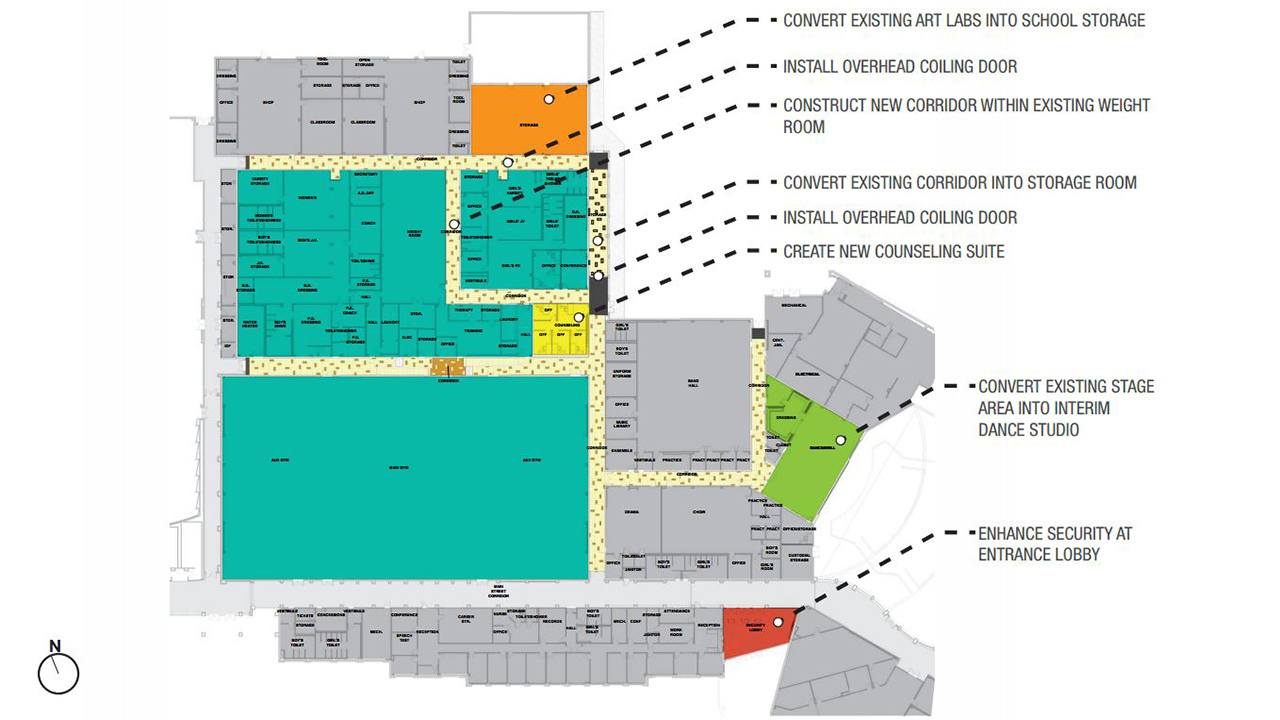 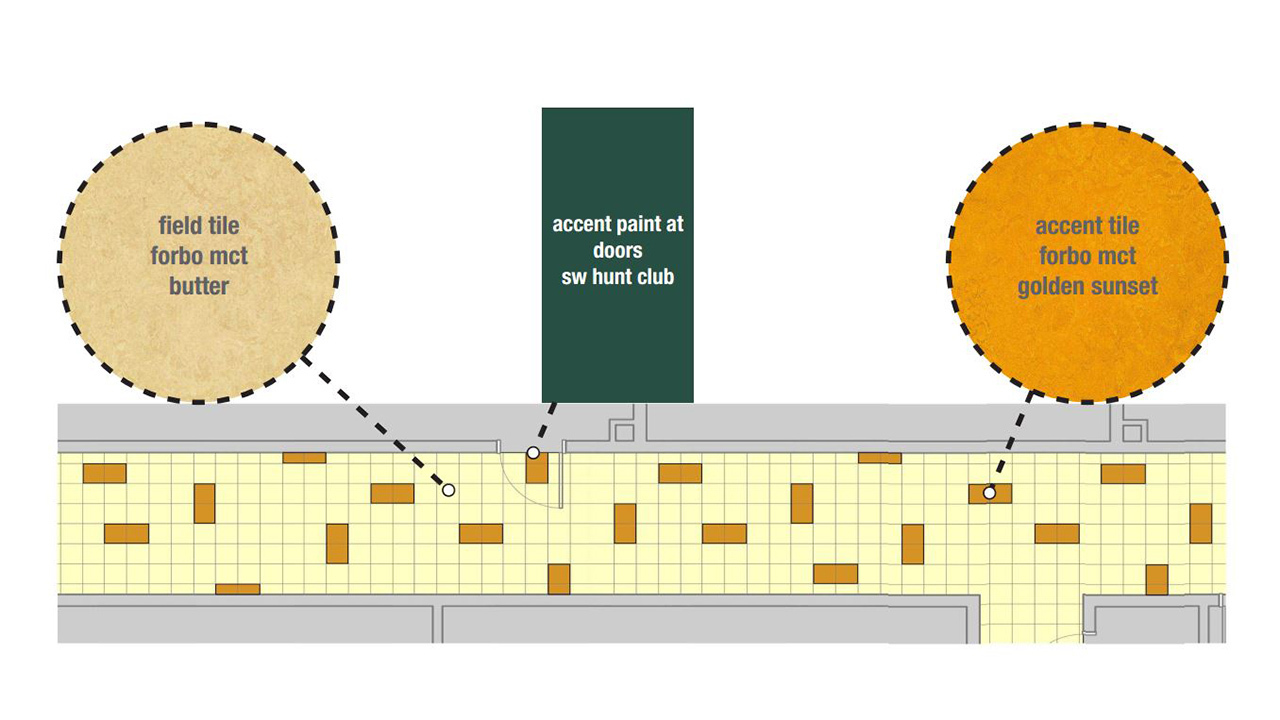 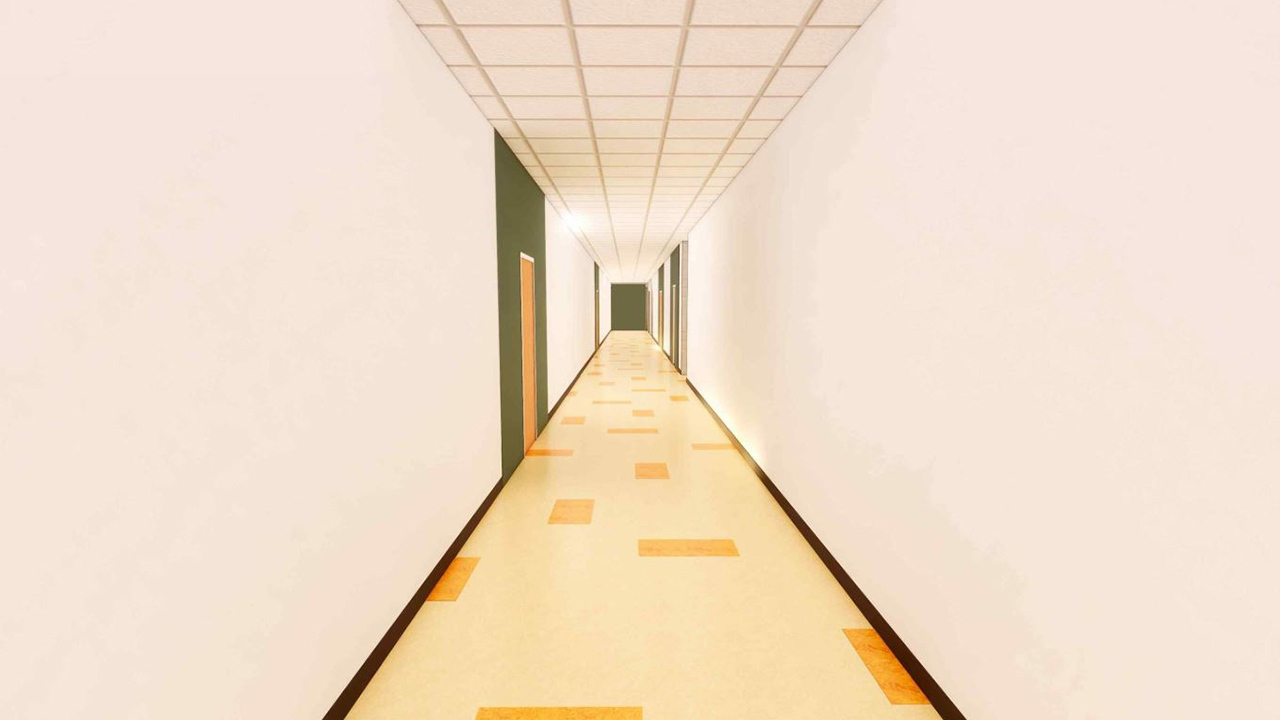