HOUSTON – A local super fan is taking recruitment into his own hands by purchasing billboards around Houston in an attempt to convince Lebron James to come and play basketball with the Rockets.

James is a free agent this offseason and has not announced where he intends to play basketball next season.

The Rockets lost to the Golden State Warriors in Game 7 of the Western Conference finals.

The Cavs, James' team last season, were swept by the Warriors in the NBA Finals.

Greg Andrews is putting up the billboards in an effort to woo James to come and team up with Chris Paul, James Harden and Mike D'Antoni in Houston.

The first billboard is scheduled to be installed on I-45 South about 600 feet south of Wayside. 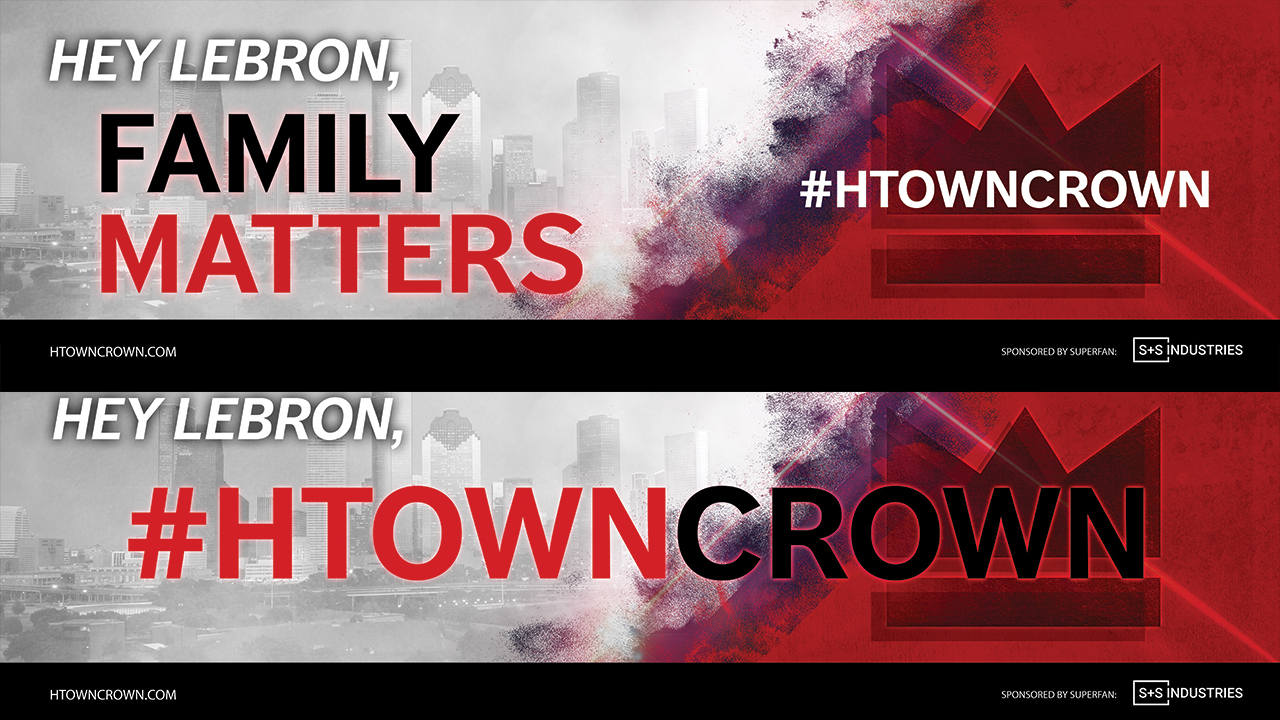 Andrews said that the signs had to be big and bold because it is Texas, after all.

“We are trying to attract attention and do a full-scale campaign to bring him to the city of Houston," Andrews said "What more could we ask for than to try to bring one of the greatest basketball players of all time to the city?"

Andrews said his plan is get Houstonians involved in the sell by asking them to post videos and pictures at #htowncrown.

"What we are trying to do is show our Southern hospitality to Lebron and his family," Andrews said. “It is about family and about the city and about more than just basketball and I want to showcase our city to him and show him all we have to offer."