NTSB investigators detail what they are looking for in Tesla crash

Dog dies after being placed in overhead bin on United flight from Houston, airline says

HOUSTON – A dog died on a United Airlines plane after a flight attendant ordered its owner to put the animal in the plane's overhead bin.

United said Tuesday that it took full responsibility for the incident on the Monday night flight from Houston to New York.

In a statement, United called it "a tragic accident that should never have occurred, as pets should never be placed in the overhead bin."

The dog, named Kokito according to its owners, was in a small pet carrier designed to fit under an airline seat.

"We sat down. We were trying to put him under because he fits. And the flight attendants came and said, 'You can’t put him there because he’ll block the path,'" Sophia Ceballos, Kokito's 11-year-old owner, said. "(She said) 'You have to put him where the baggage goes.' She said, 'I’ll help you,' and then she helped my mom put him up there and she just closed it like it was a bag."

Passengers reported that they heard barking during the flight and didn't know that the dog had died until the plane landed at LaGuardia Airport.

"We were really worried. He barked in the middle of the flight. There was a lot of turbulence so we couldn't get up," Sophia said. "(The plane) landed. My mom got up and got the bag. She took him out and said, 'Kokito, Kokito, wake up!' And he didn't.”

Passenger Maggie Gremminger posted a photo on Twitter of the dog's owner and children after the flight.

"I want to help this woman and her daughter. They lost their dog because of an (sic) @united flight attendant. My heart is broken," she wrote.

United spokesperson Charles Hobart said the flight attendant told the dog's owner to put the pet carrier in the overhead bin because the bag was partly obstructing the aisle. It is unclear why the carrier was not placed under a seat, he said.

United has a policy about in-cabin pet kennels, that says:

"A pet traveling in cabin must be carried in an approved hard-sided or soft-sided kennel. The kennel must fit completely under the seat in front of the customer and remain there at all times."

Hobart said United is investigating the incident and talking to the flight attendant, whom he declined to identify. He said the airline refunded the tickets purchased for the dog owner and her two children and the fee that they paid to bring a pet on board -- typically $200. 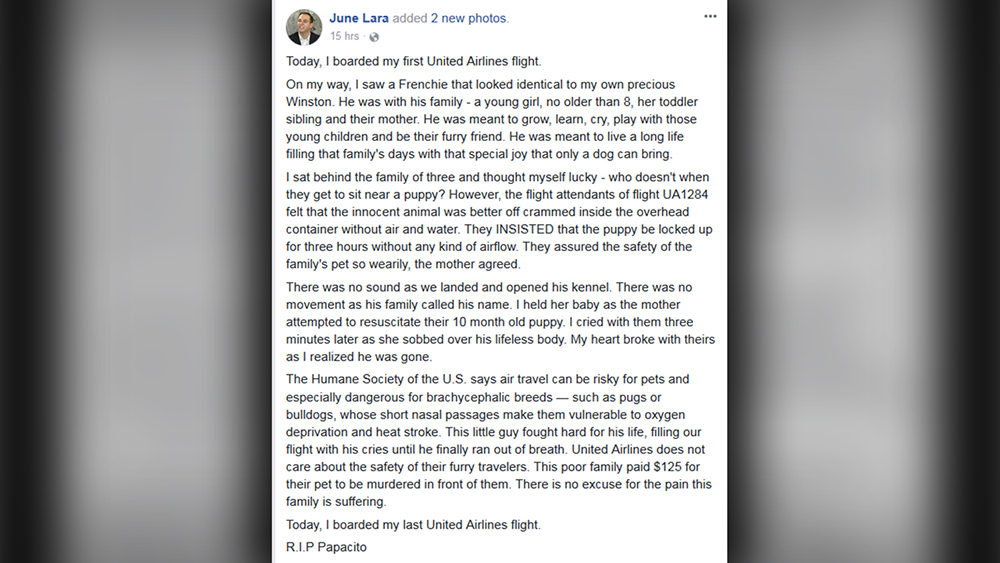 "He was really silly and I called him a little pig, because he looked like one. He was really fun and smart, too," Sophia said.

The cause of the dog's death was not immediately known. A spokesperson said Chicago-based United offered to pay for a necropsy.

Last year, 18 animals died while being transported on United -- there were six cases on all other U.S. carriers combined, according to the Department of Transportation. 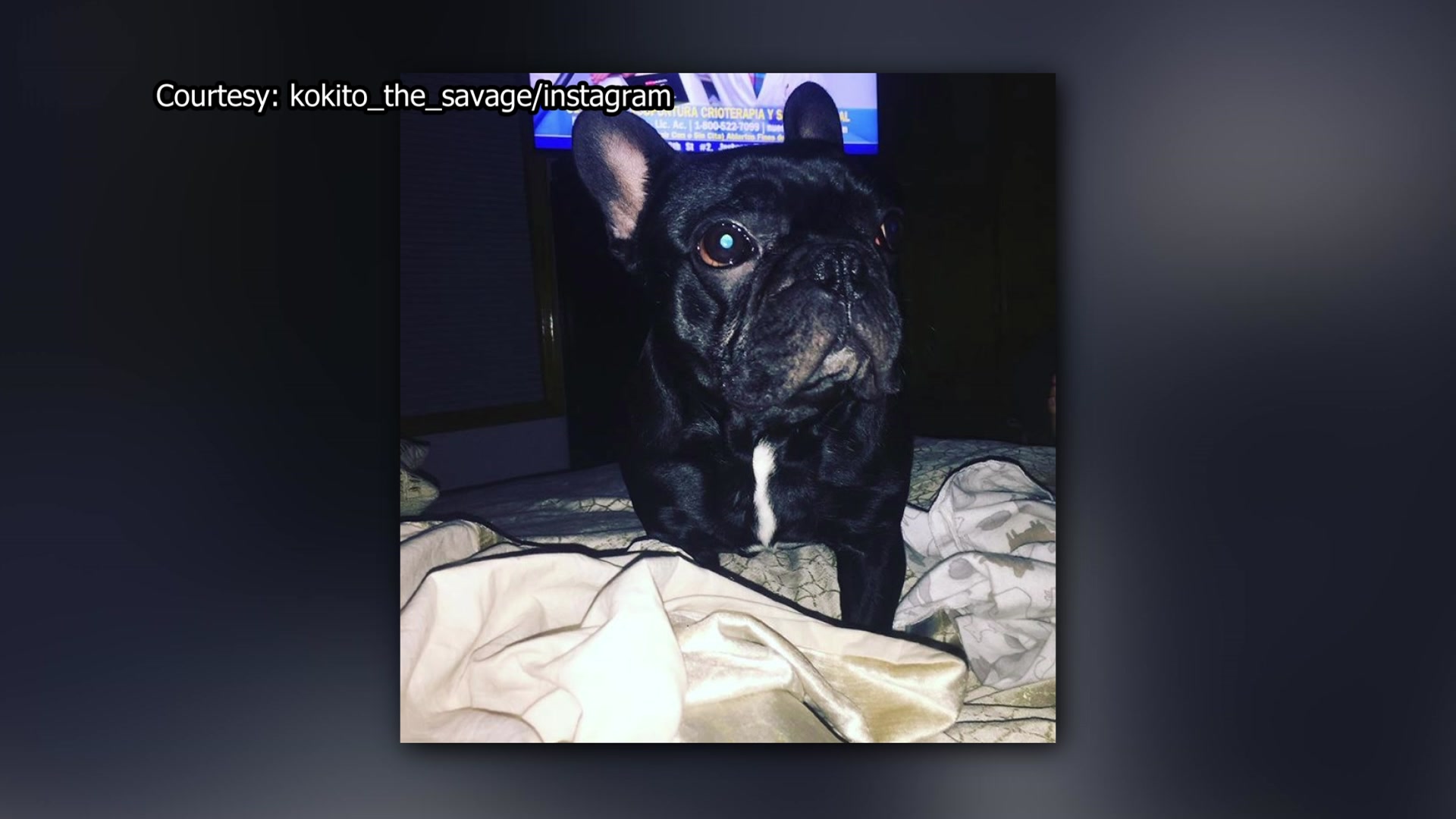 With 20 years of veterinary experience, Dr. Laurel Douglass, with the Sunset Animal Hospital, said what the flight attendant did in this case makes no sense.

Small dogs are by protocol supposed to be placed under the seat in front of you and never in an overhead bin.

"This dog is brachialcyplalic, meaning they have a very short nose and they have problems breathing in good conditions," Douglass said. "I can only imagine this dog was very uncomfortable and began to have trouble breathing because he was unable to move air through his lungs."

READ: Woman says United employee kicked her head while she was sleeping at Bush Intercontinental Airport

United has suffered a string of incidents that generated bad publicity in the last two years, including the violent removal of a passenger from a United Express plane to make room for a crew member, and the death of a giant rabbit -- its Iowa owners sued the airline, which they said cremated the animal to destroy evidence about the cause of death.

June Lara, on Facebook, wrote, "There was no sound as we landed and opened his kennel. There was no movement as his family called his name. I held her baby as the mother attempted to resuscitate their 10 month old puppy. I cried with them three minutes later as she sobbed over his lifeless body. My heart broke with theirs as I realized he was gone."

Here is a statement from United Airlines:

"This was a tragic accident that should never have occurred, as pets should never be placed in the overhead bin. We assume full responsibility for this tragedy and express our deepest condolences to the family and are committed to supporting them. We are thoroughly investigating what occurred to prevent this from ever happening again."

"We have spoken to the family, our crew and a number of passengers who were seated nearby. We have learned that the customer did tell the flight attendant that there was a dog in the carrier. However, our flight attendant did not hear or understand her, and did not knowingly place the dog in the overhead bin. As we stated, we take full responsibility and are deeply sorry for this tragic accident. We remain in contact with the family to express our condolences and offer support.

"To prevent this from happening again, by April we will issue bright colored bag tags to customers traveling with in-cabin pets. This visual tag will further help our flight attendants identify pets in-cabin."