HOUSTON – Barely able to see due to a rare eye disease, Sharon Huston, 59, brushes the dirt off her living room window.

That dirt builds up and blows into Huston’s house every day through a series of big cracks and gaps in her windows.

But the biggest problem is when the rain streams right through those faulty windows every time there’s a storm.

“When it rains, water just pours in. I mean, pours into the house. We try to get towels and sheets to mop it up but it’s impossible to live with,” she said.

The fact is, all of the windows in her Houston home on Sageburrow Drive are leaking and are faulty and all of that water pouring in is destroying the floors of that home.

Huston and her mother, both of whom are disabled, signed up for a city of Houston program that would replace all of their windows with energy-efficient windows, free of charge.

Five years later, those windows are a disaster. 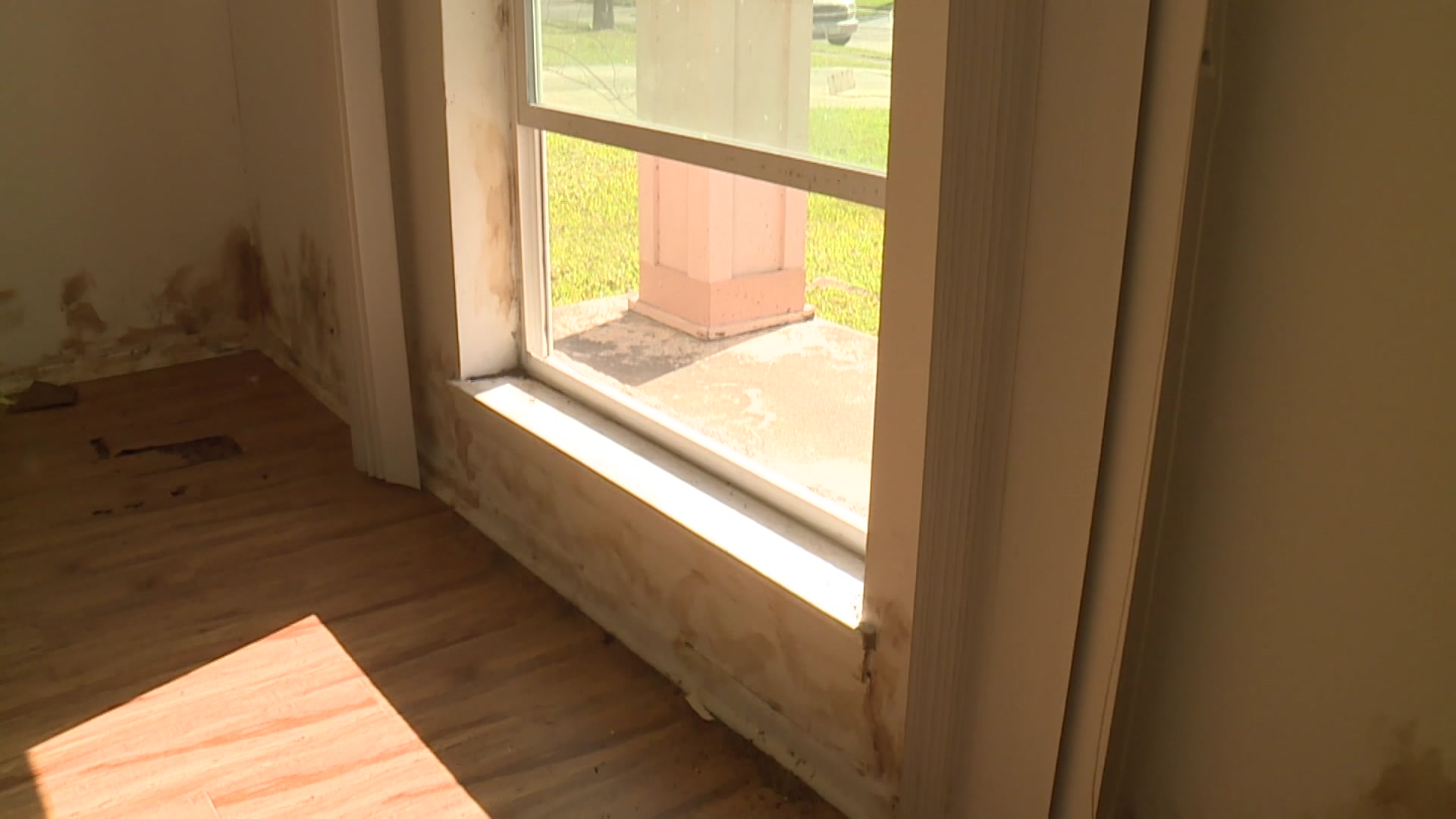 “I mean, we thought the city was going to help us, but in turn they made the situation worse,” Huston said.

With nowhere else to turn and unable to pay for repairs, she called Spencer Solves It.

Right away, we contacted John Litsey, a window expert and the owner of Window City.

He said Huston’s windows are very poor quality and were installed horribly wrong.

“Oh, it’s the worst, the worst, when someone puts windows into a house like this. It’s as bad as it gets,” Litsey said.

Litsey measured the entire house for new windows. They will be installed after they are built, in about six to eight weeks.

“We are just happy to help these two wonderful ladies,” Litsey said.

The City of Houston released the following statement on the window installation:

"The City’s Residential Energy Efficiency Program (REEP) assisted low-income residents in lowering their energy consumption and utility bills by installing energy efficiency improvements in their homes; thereby making their housing more affordable. Over a span of five years, the City of Houston successfully weatherized approximately 9,300 units and saved residents 15-20 percent on their energy bills. This is the only complaint we received regarding our window installation under the Program."

But that’s not all.

Huston and her mother have been living without hot water for six months, because their water heater is broken.

So, now, working with the plumbing, heating and air conditioning pros at Budget Home Services, we are going to replace Huston’s 25-year-old water heater with a brand-new, 40-gallon, gas water heater, expertly installed by Casey Hill.

“Houston has been so good to us at Budget Home Services, so if we can help these ladies in their time of need right before the holidays, of course we want to help out,” Hill said.

Huston can hardly believe it.

“I don’t know what made you start this program (Bill), but you have been a blessing to a lot of people in this community. Thank you so much,” she said.

Now, we at Spencer Solves It want to send out a giant thank you to both the folks at Window City and the hard working crew at Budget Home Services.

If you need help with a problem you can’t possibly solve by yourself, contact Spencer Solves It at 713-223-TIPS or email us at solvesit@click2houston.com.