Justin Todd has always been a big kid. Born in Florida, he weighed 10 pounds, six ounces at birth.

Now a senior at Ridge Point, Todd is 6-foot-7 and could be starring in any sport he desired. Basketball was once an interest. But it’s volleyball Todd chose to pursue, and his skill and work recently culminated in a commitment to the University of Hawaii, the back-to-back NCAA Division I men’s volleyball national champs.

“The people there are really into volleyball,” Todd said. “The whole community there admires it and respects it as a great sport. They will sell out their arena for playoffs and championships. All of that was a big reason why.”

It’s a far cry from Texas. The UIL, the state’s governing body for high school athletics, opted not to add boys volleyball in 2018. It has since added water polo.

The boys volleyball club scene is thin, though Houston is home to one of the more reputable programs in the Houston Volleyball Academy.

TAPPS, which governs most of private school athletics in Texas, does not have boys volleyball. The Southwest Preparatory Conference has 10 of its 15 Texas schools participating in the sport.

“It is pretty hard to get out with a group of guys to play here in Texas,” Todd said. “Even people in my club, they’re all commuting from really far just to play. I was lucky to have access to players and coaches because of my parents taking me out to camps and stuff. I worked really hard to be the best and focused on being really competitive against top players, top talent.” 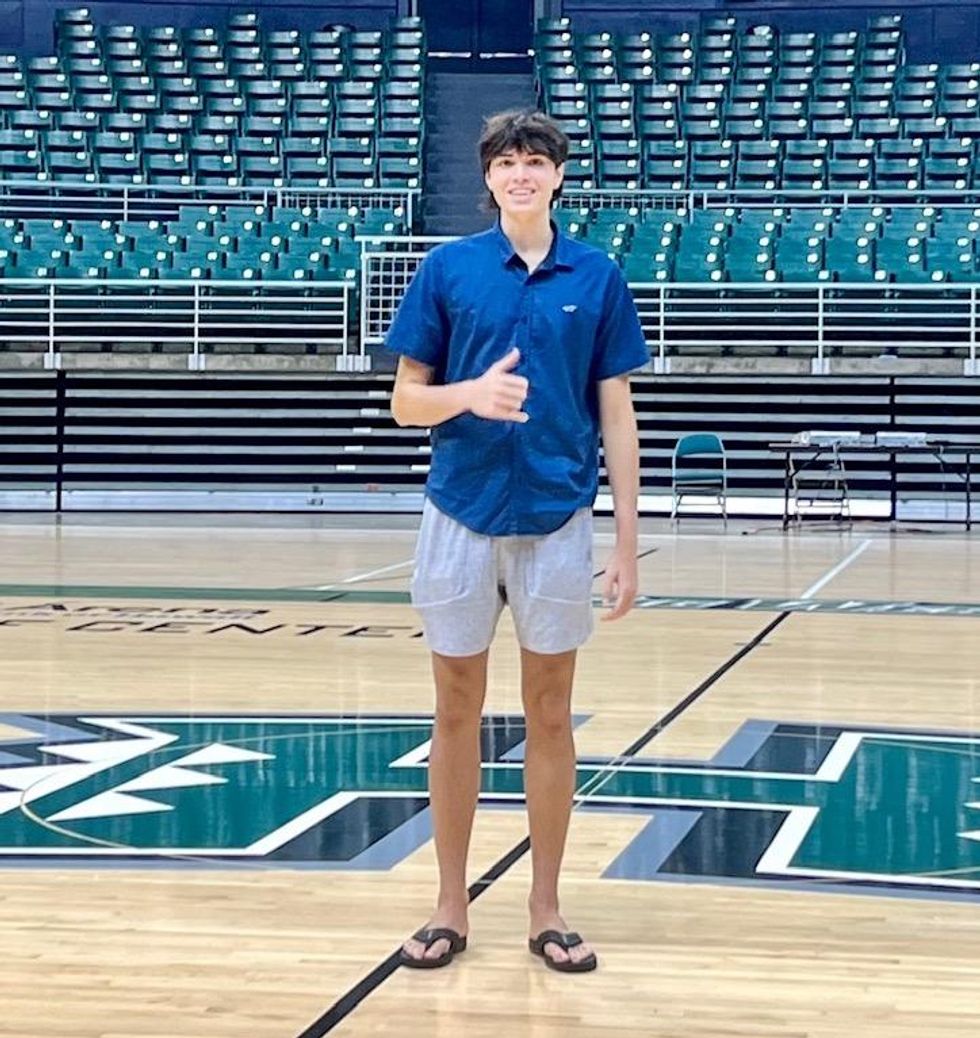 Todd’s father, Jason, encouraged him to play volleyball. Volleyball is a passion of Jason’s, who began playing recreationally on Florida beaches as a 20-year-old before moving his family to Texas and now oversees the beach volleyball program for HVA.

Once Todd developed a liking for volleyball because of its pace and intensity, he did everything necessary to expose his talent to college coaches, whether it was networking with coaches at tournament qualifiers, emailing them his stats and club schedule, or, most important, taking advantage of the opportunity of being chosen by USA Volleyball for its National Team Development Program, training with the beach and indoor programs for two years.

“It was an amazing experience to train and compete with the best,” Todd said.

Todd started playing volleyball when he was 11 years old. When he was 12, he joined HVA. For the first three club seasons, he played middle.

It was in 2020 that Todd hit a growth spurt. He turned his focus to being an outside hitter at the recommendation of his club director.

At the USA Volleyball junior nationals in Las Vegas in June, Todd compiled 13.5 kills per match with a .373 kill percentage, averaging three digs, 1.8 blocks and 1.6 aces per match.

On the last day, Hawaii coach Charlie Wade told Todd he believed he was the No. 1 uncommitted recruit in the country.

“A lot of people didn’t have faith in a middle being put out there, but as soon as I was put at the pin, I knew it was my time to shine,” Todd said. “I can hit over the top of blocks and I’m physical and strong.”

Todd believes if Texas ever adopted high school boys volleyball, it would do wonders. Already the sport is growing in considerable fashion.

First Point, an organization chaired by UCLA men’s volleyball coach John Speraw that raises money for boys volleyball and takes funding to start college programs across the country, has been essential, bringing college teams to the annual Southwest Classic held every year in Austin. High school players, boys and girls, get to compete in exhibition scrimmages in front of college coaches and get to learn from them during half-hour seminars. It was at that event in January that Todd first met Wade.

HVA has seen a rise in participants, resulting in significant success. This year, HVA’s 14, 15 and 16 teams all made their respective championship matches at the junior nationals. HVA also sent 12 boys players to compete in the USA Volleyball boys beach nationals in Florida.

“If high schools implemented it, I definitely think the sport would be promoted more and exposed more,” Todd said. “Just by having it available in high schools would be the best thing that could happen, as far as attracting people to the sport.

“I talk to California kids who are being coached by college coaches at the club level and in high school. It’s super competitive over there. So, while I don’t get the same opportunity playing in Texas, I want to put the state on the map.”