Connor Kuenstle is a talented soccer player. Having played since he was five years old, roaming Bellaire parks and recreation, the Episcopal senior midfielder was an all-SPC honor last year after scoring eight goals for the Knights.

Kuenstle recently committed to Lehigh University, but not just for the soccer. It was mostly because of what the school could offer him for his future career.

“Lehigh is ranked as a top university for finance,” Kuenstle said. “I went on a campus visit and really liked the architecture of the school, as well as the area that the school is in. I met with head (soccer) coach Dean Koski and talked to him about the team’s style of play and his coaching style. That’s when I felt confident Lehigh would be a really good fit for me, both academically and in the soccer program.”

Kuenstle describes his game as a player skilled at keeping possession of the ball and advancing it. He is a talented dribbler.

He played baseball and soccer until he was 12 and then decided to focus entirely on soccer, because “it’s a sport where you can challenge yourself to be your best, while also achieving something else bigger as a team.”

“God has given me the ability to play this sport at a higher level, and it has become a part of who I am,” Kuenstle said. “I’m grateful for that. One thing that motivates me is losing in the first round of the SPC championship twice in a row, while being the better team and the favorites to win the whole thing. (It) drives me and motivates me to be better and to win.” 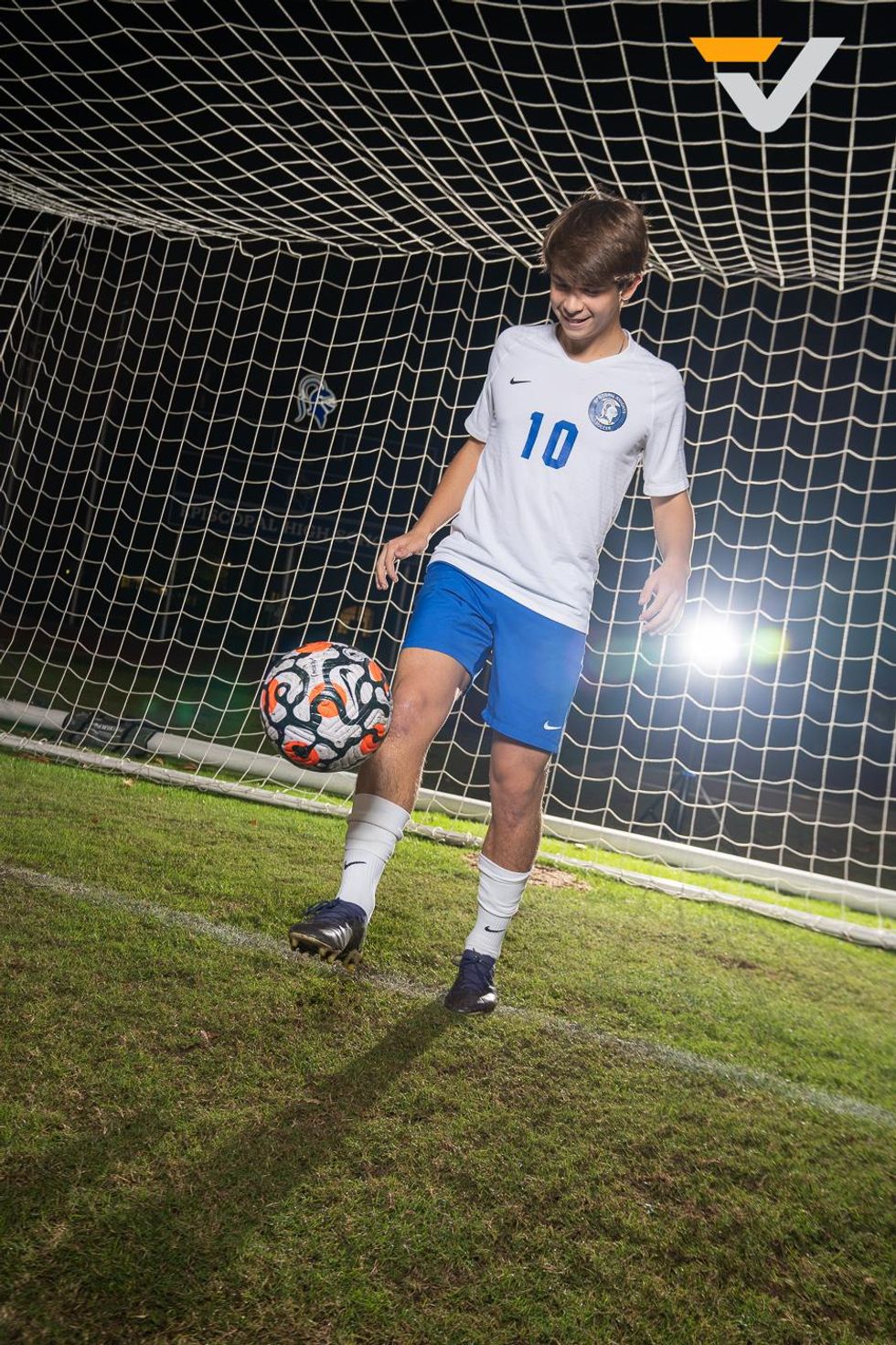 Kuenstle expects to be even better this swan song season at Episcopal.

He said his overall fitness level is higher due to the amount of soccer he played this summer. He also worked on shooting with his left foot to complement his sharp-shooting right-footed strike.

“My expectations for myself are that I will keep playing up to my own standards, while also improving overall from last season,” Kuenstle said. “My expectation for our team this year is to win SPC, while also having a perfect undefeated season with zero ties.”

Sky-high ambition for a young man who clearly knows what he wants.