The 2022 season has been a consistent upward trend for Ridge Point junior first baseman Travis Vlasek.

Vlasek is hitting .400 with 10 RBIs in the playoffs for the Panthers, who play Southlake Carroll in the Class 6A semifinal Friday in Round Rock. Vlasek has struck out only three times in 40 at-bats and come up big in clutch situations time and time again.

“I started the year with a lot of confidence after a great summer and great fall season but didn't have much success to start (preseason) tournament play,” Vlasek said. “I knew I was still a great hitter and knew hard work and confidence would prevail in the end, so I took a lot of extra cage swings and really focused on my mindset at the plate.” 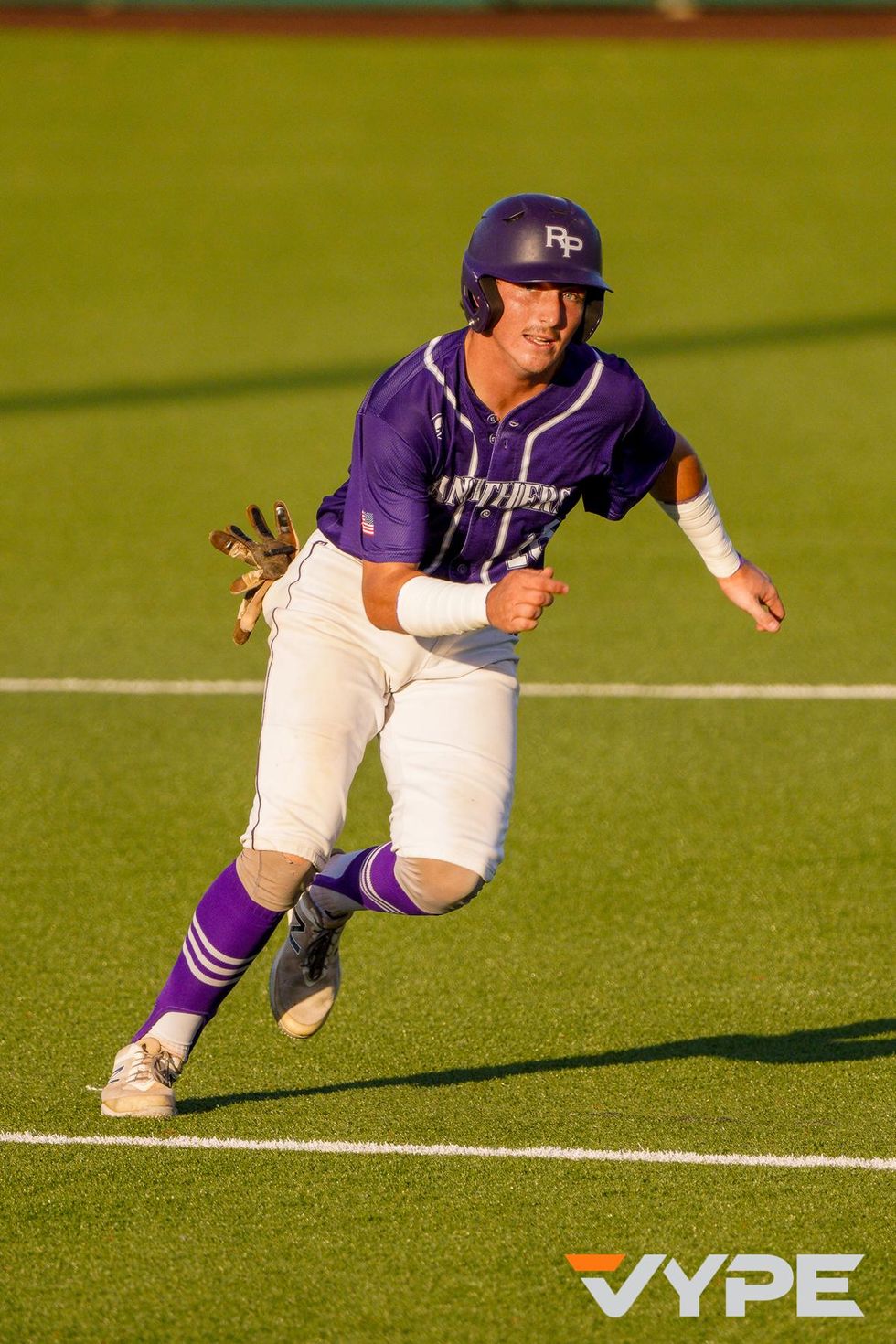 Coach Clint Welch harped to Vlasek about “getting hot at the right time,” words the first year varsity letterman took to heart.

“I knew the beginning of the season wouldn't matter if I got hot coming into the playoffs, and that’s what I have done,” Vlasek said. “I've stopped worrying about my swing so much and focused on being confident and helping my team win.”

Vlasek bats cleanup in the lineup. He has had multiple hits in six of 12 playoff games. Over the last seven games, as the competition has gotten stiffer, he is hitting .478 (11 for 23) with eight RBIs.

“(Senior teammate) Justin Vossos always tells me ‘Swing 90 percent and the ball will fly,’ and that's something that has helped me greatly,” Vlasek said. “Earlier in the year, I was trying to go yard every time and it never seemed to happen. But being calm and loose has benefited greatly. Being in all these big moments has helped me become a much better hitter. I have had to experience pressure and still remain calm and confident.”

Justin Vossos was a freshman on the Ridge Point team that last went to state in 2019. Welch saw how physically mature Vossos was for his age and promoted him from the sub-varsity not long into the season.

Vossos rewarded Welch’s faith, leading the Panthers in hitting in the playoffs.

So it was only fitting that it was Vossos’ two-out RBI triple in the seventh inning of last week’s 2-1 Game 2 regional final win over Strake Jesuit that scored the winning run and secured the Panthers’ ticket to state.

“It’s incredible,” the senior shortstop said. “First year, go to state. Sophomore year, I think our team was even better, but COVID happened. Last year, not a very good year in the playoffs. Just to do it again my senior year, it’s incredible. I wouldn’t want to do it with anyone else other than these boys out here.” 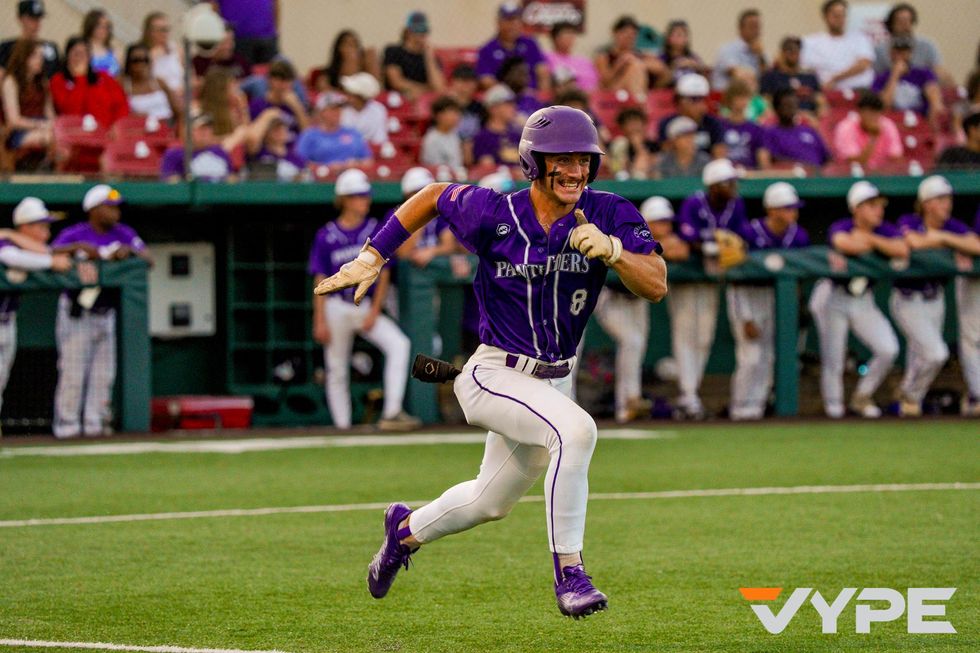 Welch said Vossos, a Texas A&M signee, has been just as important, if not more so, off the field.

“The biggest thing we needed this year was leadership from the players,” Welch said. “You have to have players willing to call out others, which isn’t a popular thing to do because a lot of times those are your friends. Justin has always been a leader by example because he’s a workaholic, but the biggest change is he’s become a vocal leader this year.”

Vossos said he sees similarities between this year’s Panthers and the 2019 team that lost to Southlake Carroll in the state final.

“We compete. We never give up,” Vossos said. “No matter if we’re down, we just stick with it. Both teams have heart and play hard baseball. We play our game, see what happens. It’s worked out.”

Only Vossos played on that Ridge Point club. The Dragons have only two players that played on their ’19 team: catcher Clark Springs and pitcher Griffin Herring.

“The rematch part doesn’t really matter,” Welch said. “I guess it’s good for the media, but they’ve got maybe a couple freshmen on that roster, and for us, other than Justin, nobody else played that game. Obviously, they’re a very good team. But the 2019 rematch thing doesn’t register with us or our program at all. It’s irrelevant.” 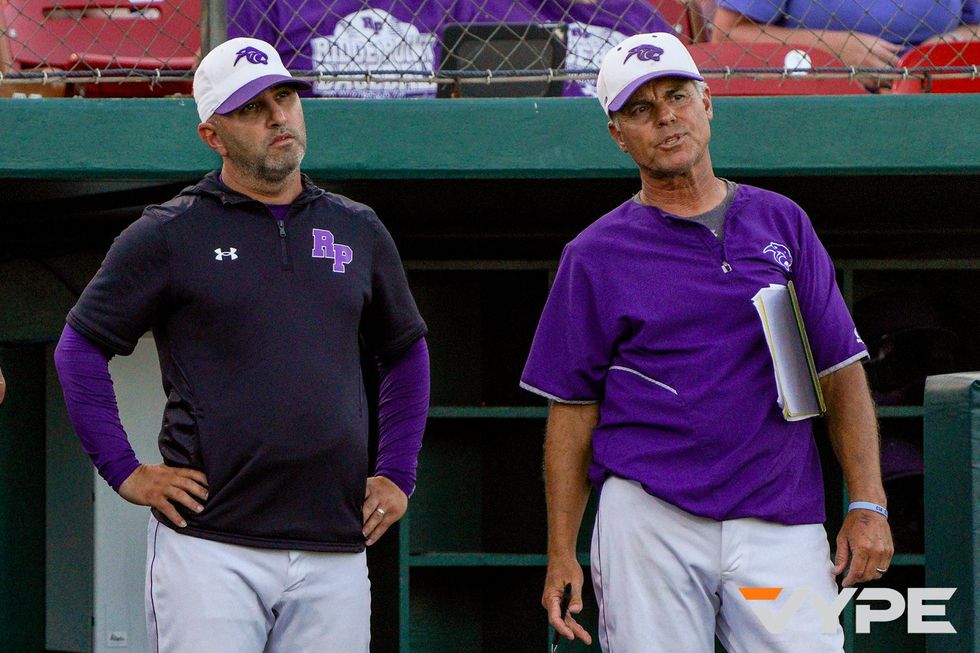 What does matter for the Panthers is a tighter schedule at the state tournament that will affect routine.

“There’s definitely a learning curve if you’ve never been,” said Welch, who led the 2019 Panthers to state and went to state with Dulles in 2013. “The schedule, for obvious reasons, is very rigid by the UIL. There are televised games. Teams have to be in and out of the dugout, on and off the field in a timely manner. So, the biggest difference compared to anything else is it’s a frantic schedule.

“There’s no flexibility at all, and that’s not criticizing the UIL at all. It has to be that way. In a regular game, pregame infield may run a bit late, and the game may start 3-4 minutes later, but when you get to state, it does matter. It’s a faster-paced pregame than what guys are accustomed to.”

For instance, Welch will have players stretch before they get down to the field. There will also be an acclimation process to the environment and stadium.

Welch said he expects to take his players Thursday to Dell Diamond to check out the venue and surroundings.

“We really try hard to stay with our structured routine that we would use during any week,” he said.