HOUSTON - The Willis Wildkats went on the road on Friday night and knocked off No. 5 A&M Consolidated, 24-17, giving them a signature win heading into district play.

The Wildkats have been led this season by dual-threat QB Derek Lagway, who on Friday before the game received an offer from Texas Tech.

In the world of perfection, C.E. King improved to 4-0 to start a season for the first time since 2014. That year, the Panthers went on to go 10-2. Maybe this start is a sign of what's to come with District 21-6A play starting next week against Kingwood for the Panthers.

Huffman also joined the 4-0 club with a 37-20 victory over Navasota. Magnolia West, Grand Oaks, Klein Forest and Sam Rayburn - for only the second time in program history - also improved to 4-0. For Sam Rayburn, remember this was a program that prior to last year's 3-7 mark, from 2013 to 2020 went an abysmal 3-65 overall with five winless seasons in that mix.

Check out the graphic below for more scores from around the Houston-area. 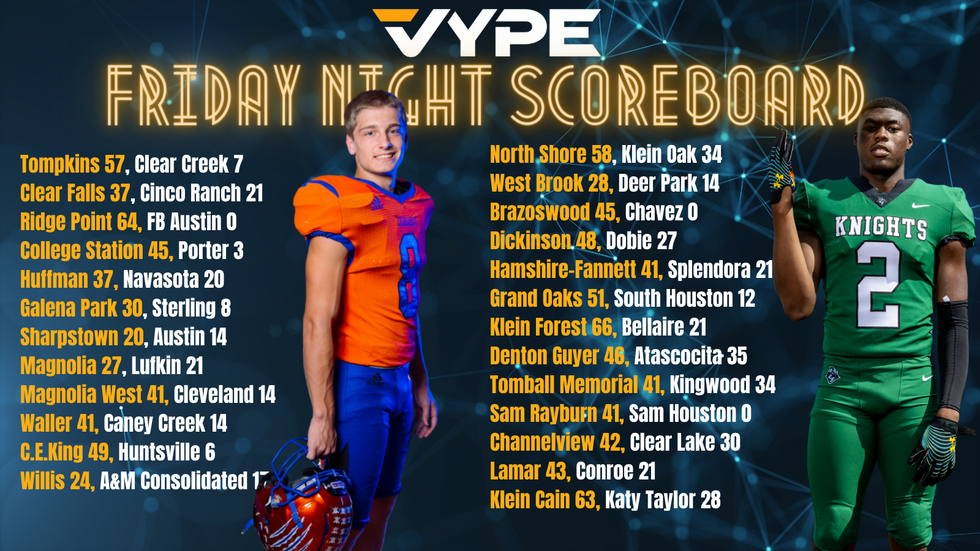