Lisa Loring, who played Wednesday in the original ‘Addams Family’ series, dies at 64

The two will battle it out again as they are the cream of the crop in the district and also in the city.

Both teams have a deep playoff aspirations. Dekaney is loaded with athletes and will get in the postseason, while Eisenhower will have to hold off the likes of Davis and Nimitz.

The Spring Lions could be on the cusp of history. Last season, coach Trent Miller and his crew had a magical season winning district and reaching the Regional Semis. The apex was a "Hail Mary" off the arm of QB Bishop Davenport to beat Westfield and preserve their undefeated season.

What will they do for an encore?

Well, 17 starters return so could this be the Year of the Lion as they try and run to their first-ever state appearance? Davenport went off throwing for over 3,700 yards and accounting for 44 TDs. Cadyn Bradley and Travis Sims, Jr. combined for 1,100 of those yards through the air and Myron Carter (New Mexico- commit) will handle the ball-carrying duties.

The line is led by Apollo Taylor. The Spring offense is explosive, make no mistake about it, but could the defense be the difference?

The Lions are quick and physical in the back seven with LBs Bra'lon Jones, Darryl Doherty and Bryce Morton roaming free. The secondary is equally as talented with Dorian Friend, Jeremiah Jones, Jeffrey Foster and Bruce Davis making up one of the best units in Houston. Gerrod Henderson is a beast up front.

Nothing could be worse for the district than an angry and motivated Westfield Mustang football team. Coach Corby Meekins will have a fired- up crew on FM 1960 after falling by way of a last second heave against rival Spring, who snatched the district title away.

QB Cardell Williams (Tulsa-commit) enters his senior season and wants to leave a lasting legacy. He threw for over 1,800 yards a year ago. He will be protected by OL Jadrien Collar and Ray'Quan Bell and will hand off to Rodney Smith – a load at RB. His main targets will be Chuuky Hines, Xavian Todd and Anthony Cathcart, who are a tad inexperienced. TE Dominic Bailey could be an active safety valve.

On defense, the Mustangs have some dogs led by DT AJ Holmes (Virginia). Kailon Golston will provide pressure from the edge to allow LBs Brian Eashmond and Kiemond Emilie to make plays. The secondary will be led by De'Quarius Calhoun, who is the QB of a young secondary. He will take away one side of the field, but who will emerge on the other side?

The Wildcats got their legs back under them during the pandemic going 5-2 in district play and winning a playoff game. Dekaney fell in a heart-breaking OT loss to Bridgeland in the Area Round. Coach Anthony Williams looks to build on that momentum but must do so with only six starters returning.

The 'Cats need someone to emerge at QB for Dekaney to have some staying power. Jaiden Robertson and Jonah Wilson are two of the top WRs in the city. Wilson, just a junior, is a national recruit while Robertson also flips to DB. The OL has some pieces with Jordon Vaughn, Daniel Nwokobia and Calvin Gray giving push up front.

The defense is athletic in the back seven. Brandon Joseph is a beast at LB with Ty Morris and Markie Grant protecting the back end. Xavier Rowe will lead the DL along will Demanuel Brown. Enock Gota is a weapon at kicker. There will be growing pains at Dekaney, but they will make the postseason.

Eisenhower took the fourth postseason spot in 2020 under the direction of coach Eric Jackson. Nine starters are back and none more important than junior Ryan Niblett, a slippery runner who amassed over 1,100 yards on the ground a year ago.

The OL is led by Jaden Hunter and Eutimo Lauderdale, while the other side of the trenches will flex with Nicholas Savoie and Omar Solis. The skills are solid across the board. On offense, Bryce Foster, Trevon Ridley and Darius Steward could emerge as a solid WR corps, while Anthony Fleming and Garyaun Carruthers will run out of the backfield.

Tyler Hutcherson is the team's top DB and will be helped by Braylon Oliphant at LB. The Eagles need to beat their Aldine ISD counterparts to make the playoffs, which will be tougher as Davis and MacArthur have upped their games.

It's year three for coach Scott Joseph and this will be his best team yet with 17 returning starters back in the nest.

The offense is where Davis struggled last year and gets QB Josh Garuba back under center. His best option is RB Azavion Kegler, a big-back with some surprising speed. The OL will be key with Mauricio Jaramillo, Byron Charles and Reginald Berry leading the way.

On the outside is Jalen Jones and Keily Chavis at WR. The defense will be salty with big-time playmakers on each level. Xavier Graham leads the DL, MyShawn King is the top LB and Nycolis Prudhomme is a stud in the secondary.

That Eisenhower game will likely determine if the Falcons get in the postseason for the first time since 2019.

The Nimitz Cougars had a solid season as they navigated a tough fall with COVID. The Cougars were a little make-shift at practice, which showed up in the games and in the training room.

Coach Richard Slater should feel better about 2021 with 13 returners. Let's start on defense. The line is the strength with Elijah Sims and Christian Booker freeing up other defenders such as Armon Green, Joshua Furr, Corey Huff and Noah Allen. The offense could have a break-out year with QB Brayden Whitehead back in the pocket and RB Joseph Sanders coming out of the backfield.

Brandon Miles and Jeremiah Richardson have some ability as skill pass-catchers. Richardson is a massive TE, who could also flip to defense if needed. The road will be tough but a win over Eisenhower and Davis could catapult the Cougars into playing football in November.

Two years ago, the MacArthur Generals reached the postseason for the first time in several years and set the expectations for future Generals.

Coach Wayne Crawford believes his team has come out of the fog of the pandemic and should be a playoff contender. A QB must come out of fall practice ready to lead the offense. With a smaller lineup, several of Crawford's top players are forced to go both ways, especially in the trenches which is difficult.

Xavion Starks and Ian Polk work in tandem on both lines, while skills Justin Williams, Keenan Jackson and Jason Crampton do the same at WR and DB. Williams is a physical specimen at 6-foot-4 and Jackson is uber-athletic at 6-foot-2. Alexio Aleman will shore up the OL, while Armando Desilos will do the same on the DL.

The defense will lead the way with the most experience while the offense will need to play catch-up.

Aldine coach Hank Semler keeps it positive inside the stable. The 'Stangs went winless in 2020 and returns two starters as they embark on this year's campaign. Semler will go with a youth movement and rely on Constantin Marin to run the show at QB.

He will protected by Xavier Gordillo, Marcello Gonzalez and Carlos Flores.

The defense has some pieces in Kaleb Jiminez and Larry Williams. 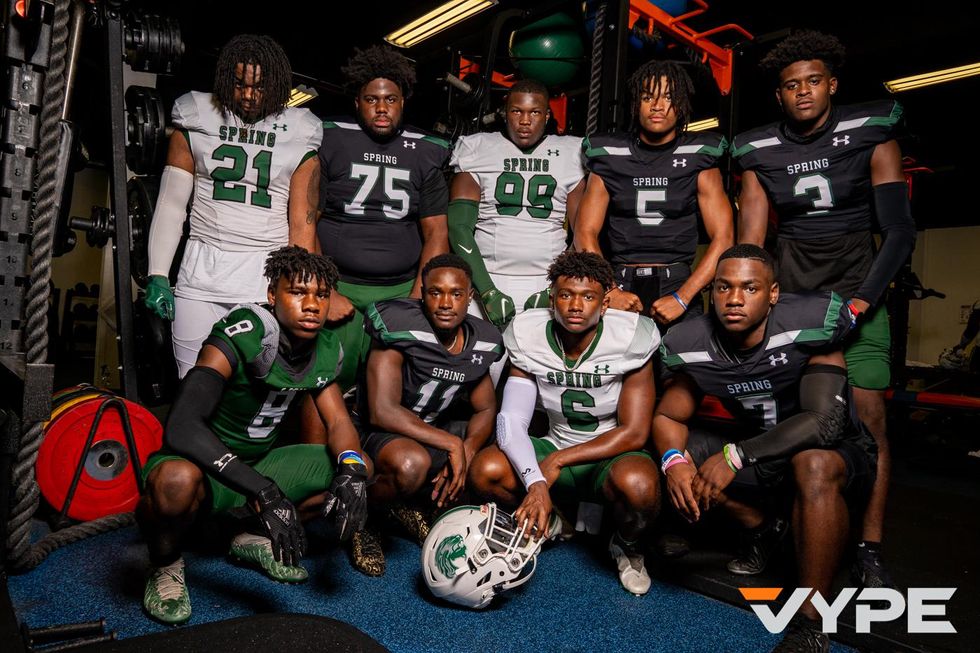 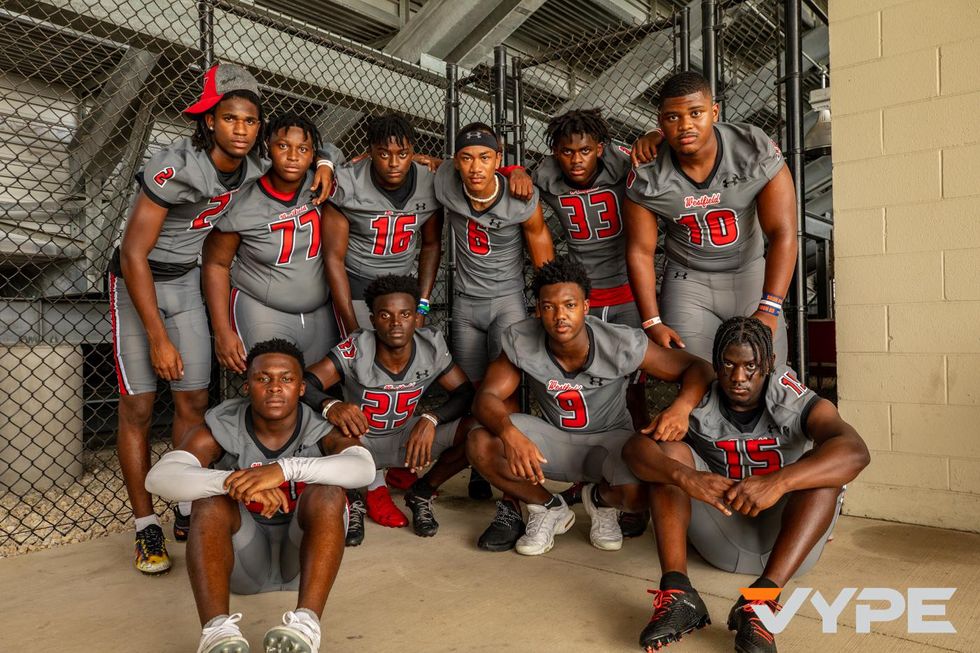 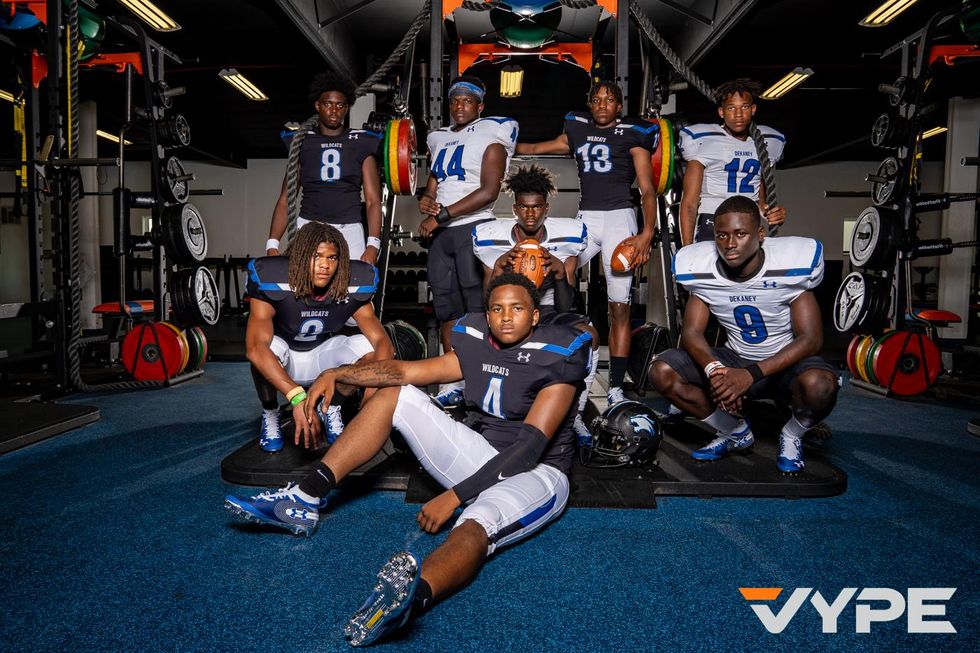 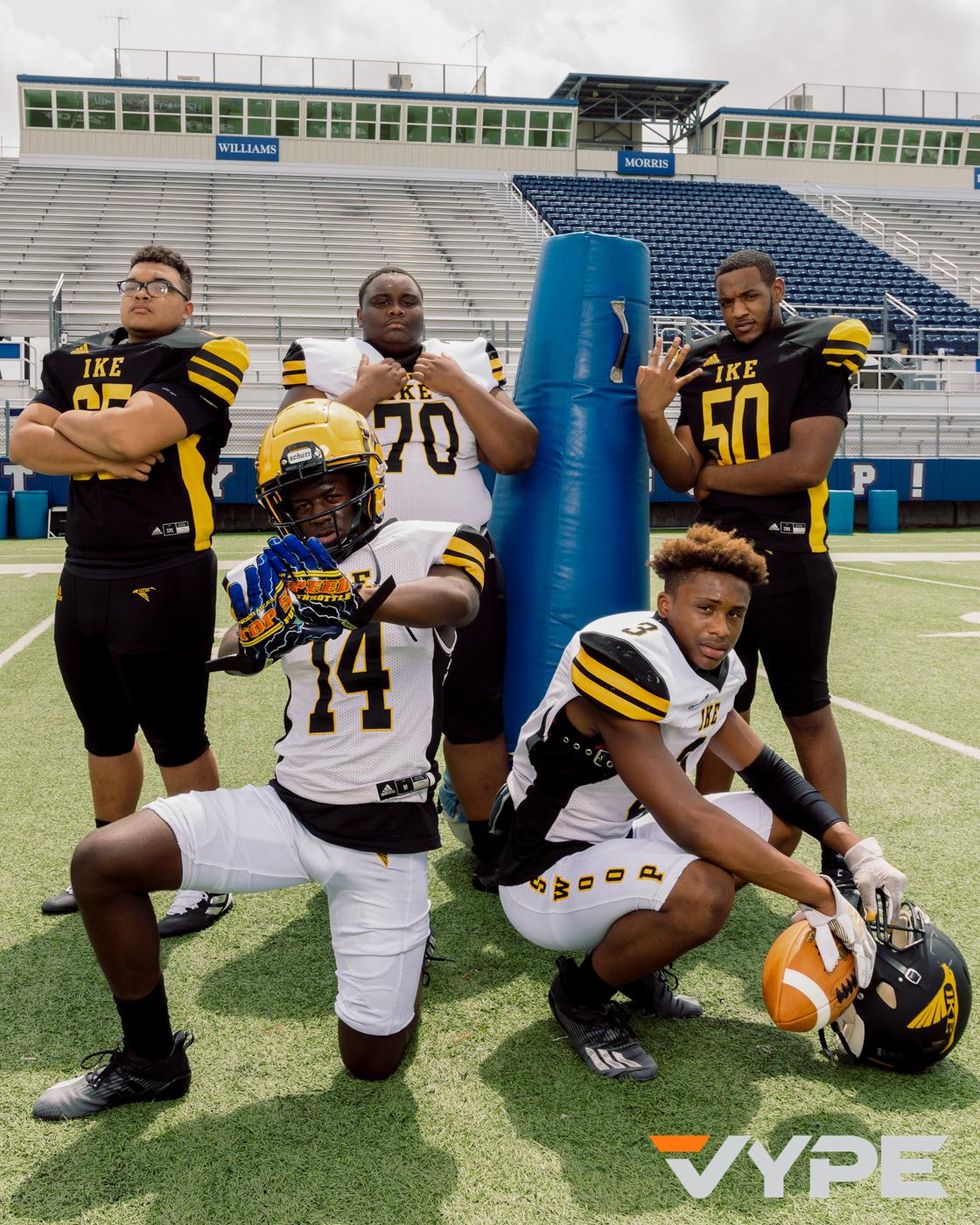