JOHN ROBINSON IS A "THING" IN THE GEORGIA TRACK AND FIELD WORLD.

"Track is definitely my passion," he said. "I want to run in college. I'd like to go to a school with a great track program with great facilities and a good medical school. I want to pursue a degree in medicine. But I have to just keep working at it."

Robinson has set some lofty goals entering the season, which he is still trying to meet.

So, what has helped in his training? 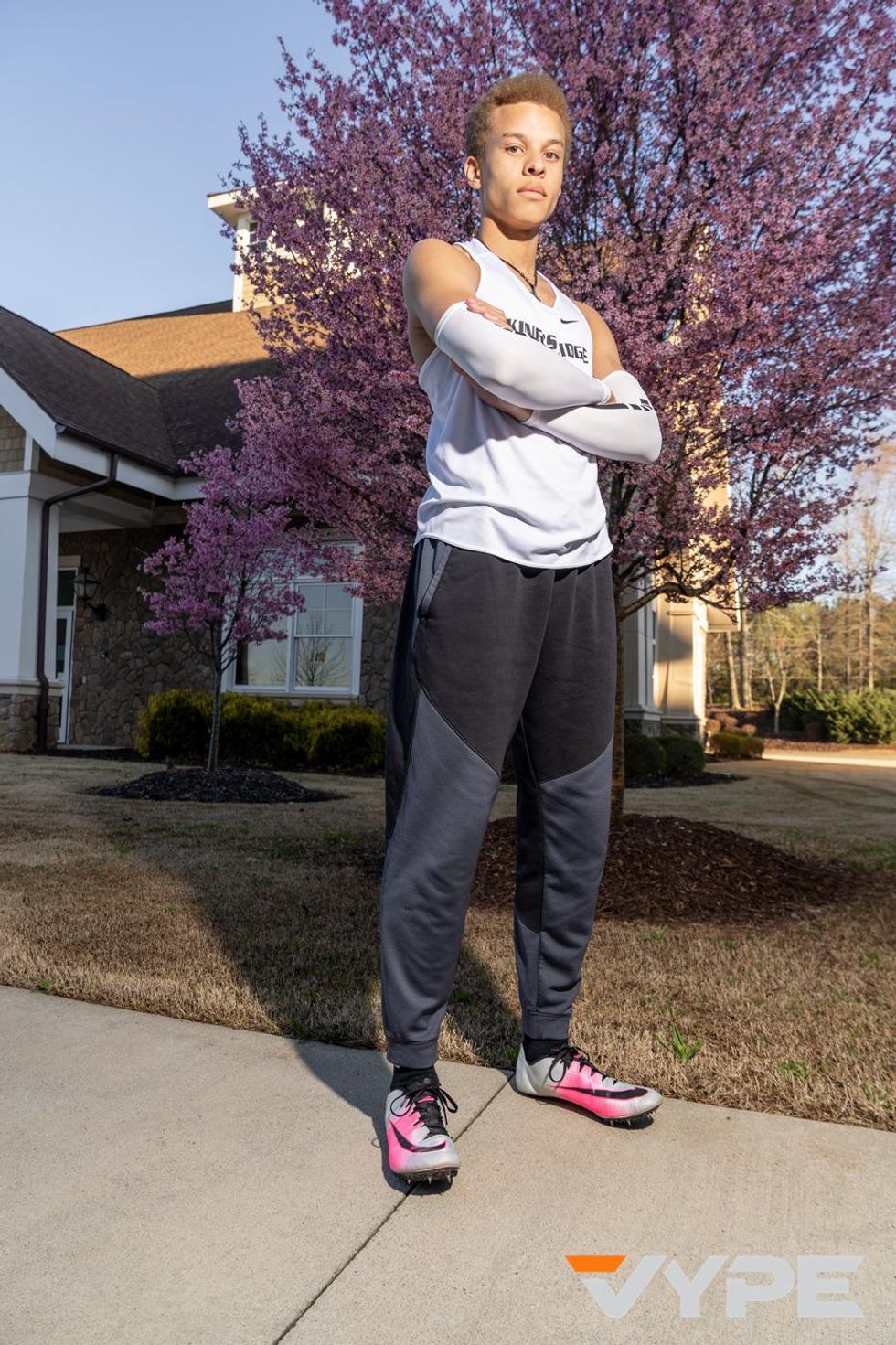 "I started swimming this year for the school," he said. "I used swimming to help me on the track and it has helped a lot. It's really improved my endurance."

He grew up trying all sports from tennis and T-Ball to gymnastics and basketball. "My parents were really into sports," he said. "My mom played college basketball and could have played in the WNBA if that was a thing back then. My dad ran in high school and college and still holds his high school records.

"I've always grown up doing something in sports to stay busy as long as I can remember."

While he's talented, athletically, there is something under the surface that tells you that Robinson has broader interests and a big future beyond the oval. He wants to be a doctor for goodness sake.

"I'm also really into music, cars, and photography," he said.

Robinson is a regular Renaissance Man.