Will victims of tow company scam get money back?

With the ring leader behind the scam sentenced and behind bars, the case is finally closed. Now, consumer expert Amy Davis wants to know if the victims will ever get their money back.

In 2015, Richard Gonzalez scored a coveted Safe Clear contract from the City of Houston, granting his company, USA Auto, exclusive towing rights to any vehicles that broke down on the South Loop between 288 and I-45.

KPRC Channel 2 discovered dozens of complaints from consumers claiming Gonzalez' wrecker drivers were tricking them into signing their vehicles over to an auto body shop on the same property in the 3500 block of Almeda Genoa.

Before the driver's insurance adjusters even had a chance to come see the vehicles, workers dismantled them. Gonzalez and his employees then refused to release the vehicles back to the owners unless they paid thousands of dollars for the so-called tear down.

Houston police, along with the Harris County District Attorney's Office, the Texas Department of Licensing and Regulation and the National Crime Insurance Bureau, conducted an undercover operation.

Days after KPRC Channel 2's broadcast in May 2016, law enforcement raided USA Auto, arresting owner  Gonzales, along with employees Ruben Rendon, Andres Vasquez, Brenda Awawdeh and Paulita Rodriguez. All were charged and indicted on a charge of engaging in criminal activity.

Sgt. Lisa Cruz, in HPD's Auto Dealers Detail, started the investigation when she said complaints about the business run by Gonzalez grew. She said she thought of the case every day after the raid, leading up to its conclusion.

Channel 2 Investigates discovered that Richard Gonzalez donated more than $35,000 to Houston Mayor Annise Parker, Mayor Sylvester Turner, who was then running for office, and several other councilmembers in the years leading up to the favorable vote granting him the Safe Clear contract.

Even though Gonzalez had pleaded guilty to felony theft and insurance fraud just a few years earlier, three councilmembers spoke positively of him at a public meeting.

Here is a list of all of the city of Houston elected officials who received money from Gonzalez before that vote.

Gonzalez pleaded guilty to engaging in organized criminal activity. Harris County District Attorney's Chief of Consumer Fraud Valerie Turner said Gonzalez took some $159,000 from more than 100 victims. She said if elected leaders who took the ill-gotten money Gonzalez donated, her office would find a way to get it to the victims.

- Turner said he would give the $10,000 his campaign received to a charity he would name at a later date.

- Councilman Dwight Boykins immediately called Turner to hand over a check for the full $2,500 Gonzalez donated to him.

- Parker said she would make a donation in the same amount of the $3,000 donation she accepted from Gonzalez to the DA or any fund established for victims of Gonzalez. Parker wanted to make it clear that the contribution in no way impacted her vote to give Gonzalez the SafeClear contract.

Two days after Boykins and Parker agreed to turn over the money, the DA's office said it was not able to accept it on behalf of the victims after all. Turner recommended people who wanted to give the money back donate it to a charity like Crime Stoppers instead. Boykins donated $2,500 to Crime Stoppers the next day. 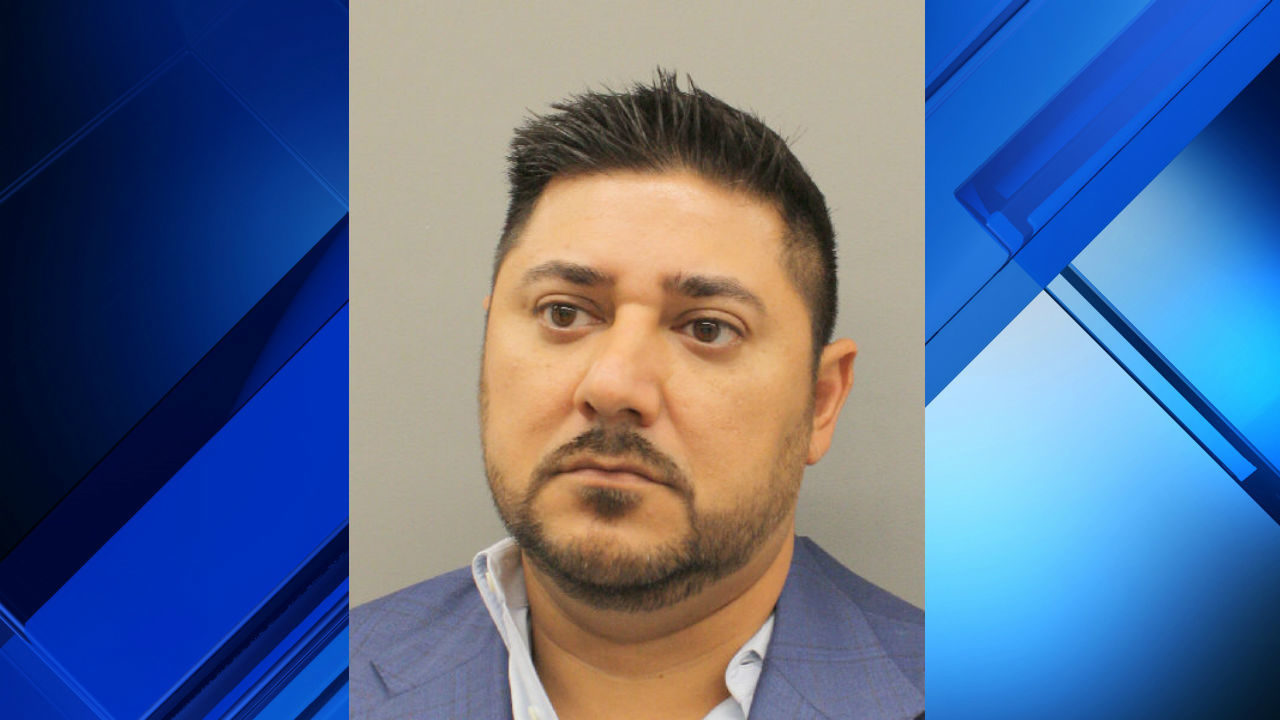 Richard Gonzalez, the leader of the scam. Sentence details are as follows:

- Five years probation, during which time he is not allowed to work in the towing, storage or auto body industries.

- Gonzalez must repay $159,000 restitution to more than 100 victims who came forward to HPD while it was investigating this case.

- Can not have any contact with his co-defendants during probation.

Ruben Rendon, who worked in the office. Sentence details are as follows:

- Six years in prison. Rendon had prior convictions and was arrested and charged for several offenses while out on bond for this case.

- Vasquez is in the U.S. illegally from Mexico. He skipped bail and was on the run for more than a year after his initial arrest in 2016.

Brenda Awawdeh, the notary who notarized all of the bogus documents consumers were tricked into signing. Sentence details are as follows:

- She pleaded guilty to "deceptively securing the execution of a document" in exchange for deferred adjudication. If she stays out of trouble during the length of her probation, the charge will be dropped from her criminal record.

Paulita Rodriguez, worked in the office. Sentence details are as follows:

- Since Rodriguez cooperated with investigators and agreed to testify at trial about how the scam worked, all charges against her were dropped.

KPRC 2 Investigates discovered among the documents in the court file were letters to Judge Danilo Lacayo asking for leniency in sentencing Richard Gonzalez.

His sister, Elizabeth Gonzalez Brock wrote, "Despite his many legal problems, my brother is actually a very kind and loving person."

Brock is a CenterPoint lobbyist and a big supporter of Turner. Turner recently appointed her to the Houston First Corporation Board of Directors.

Cindy Clifford, Brock's best friend, uses her public relations company to support Turner with fundraisers and lunches. Turner appointed her to the Houston Sports Authority Board. Clifford wrote the judge, "Richard is a fine person who has contributed greatly to the Houston community."

KPRC 2 reached out to Brock and Clifford for an explanation. They each sent statements by email.

"Richard Gonzalez is my brother," Elizabeth Gonzalez Brock said. "My family and I are deeply distressed by all the activity around this issue. However, I would like to be clear that I have never represented my brother's business or contract. In fact, Richard has always obtained his own counsel. As you know, the Safe Clear contract was awarded by the previous administration and appropriately revoked by the current administration."

"Thanks for calling me today. I wrote my letter strictly as a family friend. Neither my company or I have ever had any business dealings with Richard Gonzalez or represented him or his former company in any way."