43 pounds of meth found in couple's trailer after they report theft, deputies say

CHAMBERS COUNTY, Texas – Nearly $2 million worth of methamphetamine was discovered when a married couple reported a theft from their 18-wheeler at a rest stop on I-10, according to a Facebook post from the Sheriff's Office.

Deputies said they found 43 pounds of meth hidden in compartments on the trailer. Officials said the street value of the meth was valued at $2 million. 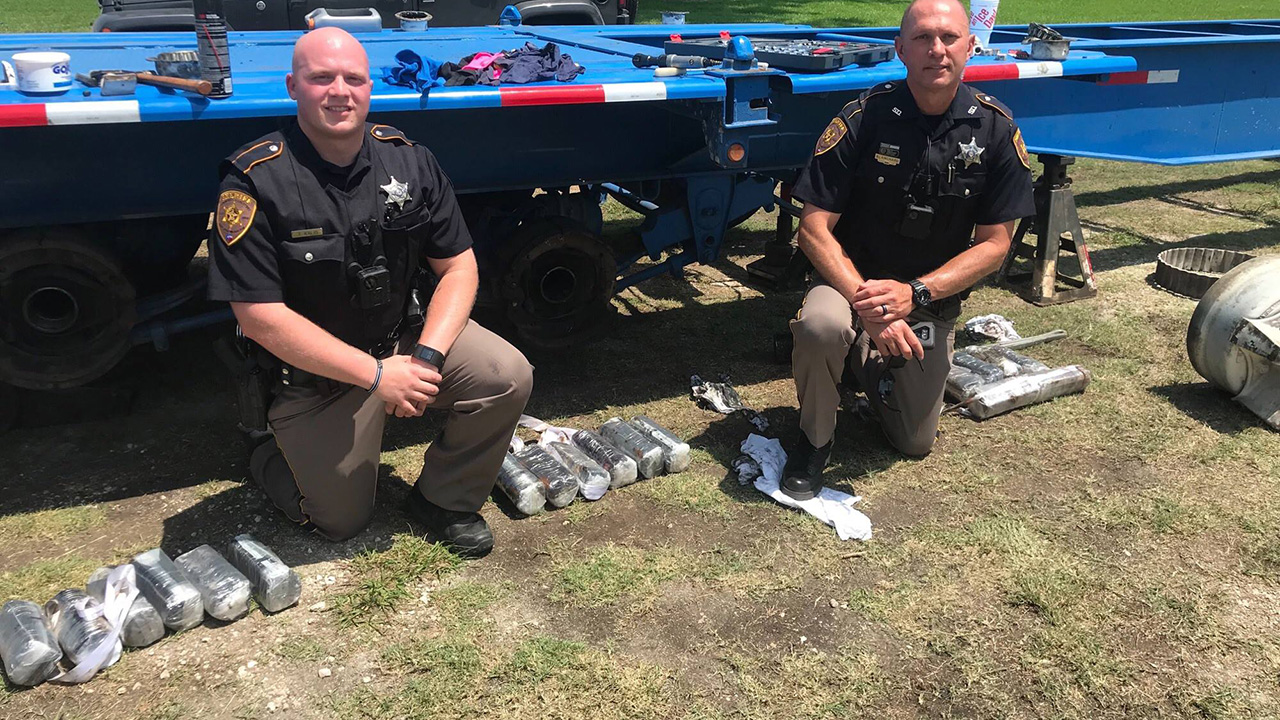 Dan Roba, 48, of Northbrook, Illinois, and Bianca Roba, 45, of Hallandale Beach, Florida, were arrested and charged with possession of a controlled substance.