Two teens, including juvenile, charged in shooting of another teen at west Houston apartments

KATY, Texas – A lesbian couple at Morton Ranch High School question whether they did not make prom court due to their sexuality.

“Since me and my girl both want to be on prom court but MRHS doesn't have 2 queen slots ...vote Shenta Knox for prom queen and Sam Washburn as prom king on Monday.”

The couple had a very public prom proposal when Washburn walked Knox toward a poster on a school wall that read "prom?"

The girls felt the students supported them.

“I was feeling confident but then the votes came out and I thought, 'Well dang, maybe we didn't have that much support,'” Washburn said.

Then the girls say they heard whispers that they did have enough votes. They wondered what happened.

“Maybe that's the detention we got?” Washburn said. “A week prior, we had both left school and went to lunch, which is not allowed anymore.”

The girls say they asked one of the school's higher ups if their detention caused them to be pulled from prom court. 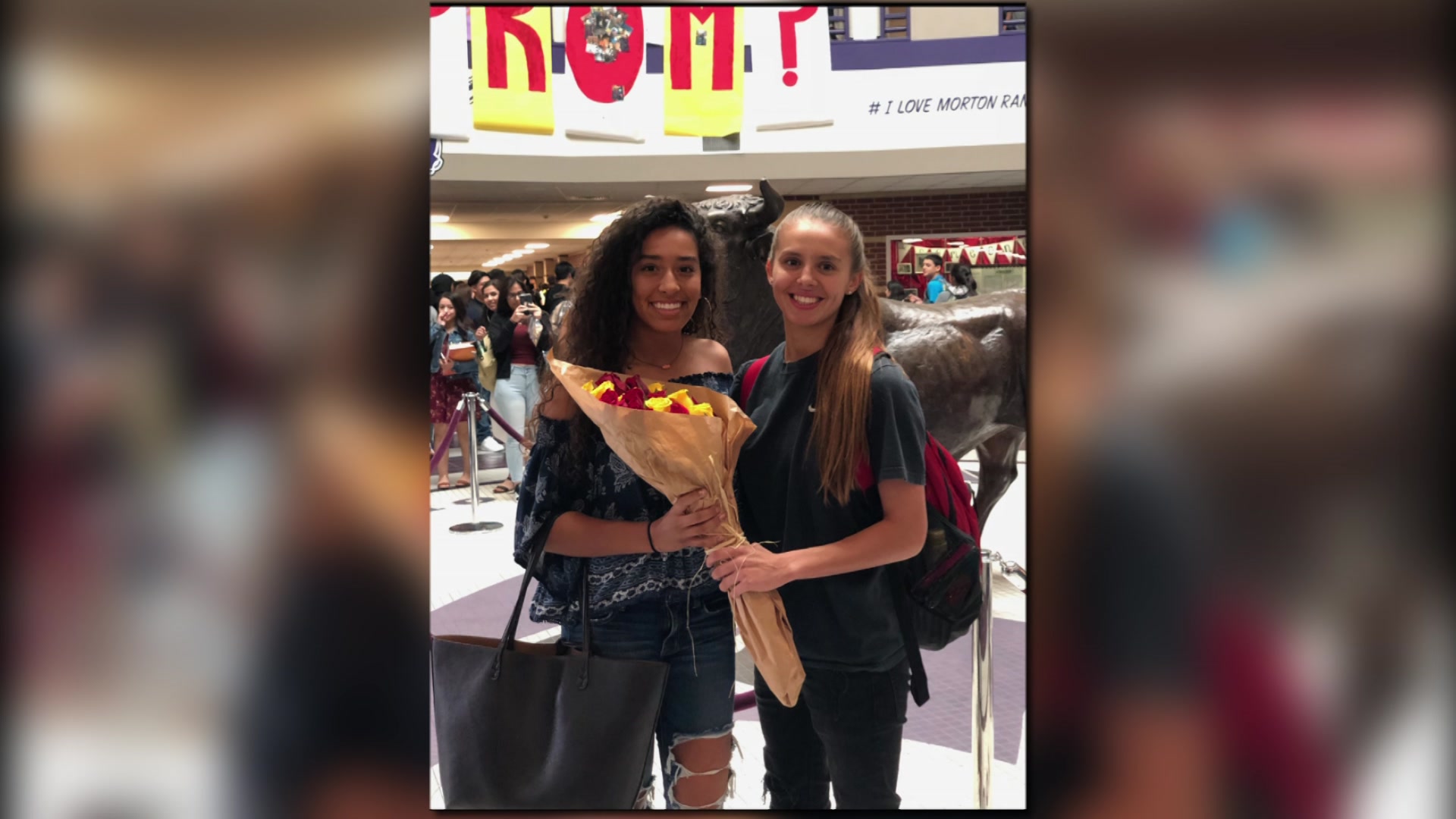 “He said, 'Of course not,” Knox said. “'For something that minor I wouldn't do that; you all didn't get enough votes.'”

The girls along with Shenta's parents asked for a meeting Friday.

“I was, like, it's not for anything going on discipline-wise?” said Shera Knox, Shenta’s mom. “And he was, like, 'No Shenta's a good kid.' These are good kids.”

They asked to see the vote count. Katy ISD said the girls would have been allowed only to see their own votes.
Knox and Washburn said that information would not help them know if they had enough votes to be on the court.

It left them wondering if it had to do with the girl’s sexuality, although Morton Ranch High's prom court this year also has a transgender student.

“Show us that the girls together did not earn it and that they were not just taken off the list because they're a female couple,” Shera Knox said.

Later Friday, the girls had their final answer. They were told they had been knocked out of the running for disciplinary reasons after all.

Katy ISD said there are three criteria for prom court. A student needs to receive the greatest number of nominations, maintain good grades and have no student disciplinary issues. Nominees who do not meet the criteria are removed from consideration from prom court.

Prom court or not, the couple says they will be there.