Answering your questions: Is 5G cell phone technology really linked to the cause of coronavirus?

People gathered at the fountain plaza in front of the George H.W. Bush Presidential Library and Museum at 8 p.m.

“We really wanted to reflect back on her legacy and what she’s done for A&M and give the students an opportunity to grieve for her,” said Kaela Clark, a Texas A&M student who helped organize the event.

She, along with other interns at the library and museum, helped put together the ceremony, during which the Texas A&M Women's Chorus sang “Spirit of Aggieland” in honor of Bush.

Bush was laid to rest behind the library on Saturday. People came from all over to pay their respects to the former first lady.

"Barbara Bush is a huge icon here and she just left a lasting impact to A&M and students and for education and so we thought it was really important to pay our respects to such a wonderful lady and our country,” said Anna Ferraro, a senior at Texas A&M.

The gravesite was open until 8 p.m. Tuesday. The library is accepting donations of children’s books in honor of Bush's passion for literacy.

“We came to see the burial outside. Then we toured the library and then, to be blessed by the singers of 'Aggieland' and to hear the marvelous things they had to say about her. which are all so true,” said Pam O’Bryan, who drove from Katy to visit the gravesite.

Bush was laid to rest in a spot nestled behind trees and past a wooden bridge. A gate marked with a B and iron rods surround the gravesite. Thousands went there to pay tribute to the former first lady. She was buried next to her daughter, Robin, who died in 1953 at the age of 3 from cancer.

The burial ground is quiet, peaceful and surrounded by flowers. Outside the gravesite is a large picture of Bush.

"It was beautiful. It had a picture of her in blue looking up. She looked gorgeous,” said Frances Kimbrough, who lives in Bryan.

“Beautiful birds singing ... peaceful and I sat on the metal bench and saw the grave with the beautiful flowers on there. It was very touching and very fit for her,” said Kimbrough.

“I felt compelled because the Bushes are a friend of mine and my new wife, who, we recently got married. They sent us a card back in October, wishing us many years of success for the future. George H.W. Bush and I have been friends for some 20 years,” said Blackmon.

He said former President George H.W. Bush was his commanding chief when he served in the Air Force. Blackmon said he met the Bush family over the years through mutual friends.

On Tuesday afternoon, he stood at the grave in uniform and gave Barbara Bush a final salute. 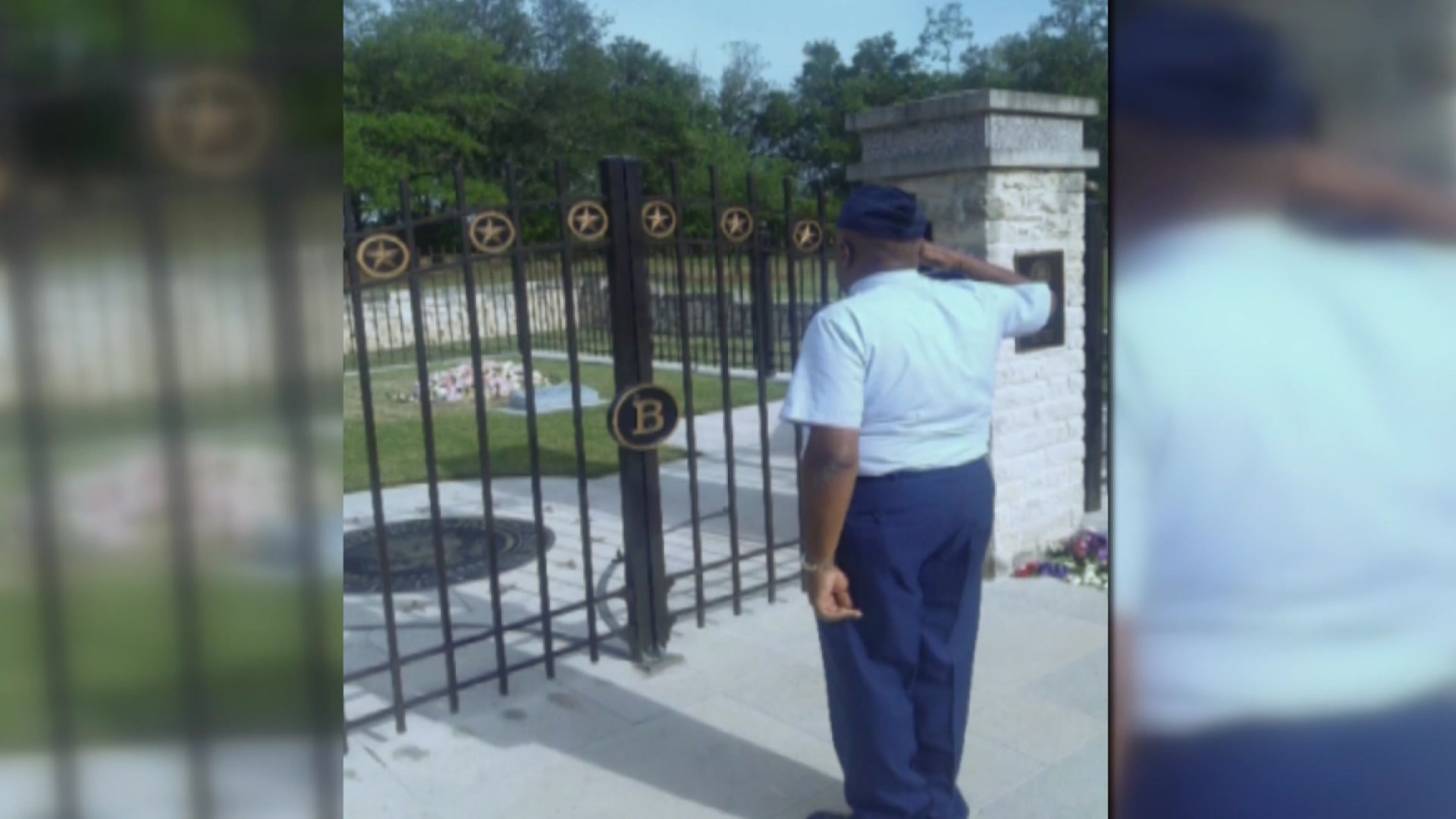 “When I was there, it was (a) natural thing. I took out my camera and asked someone to do this for me and I took the picture,” said Blackmon. “That picture will always be a prized possession to me, to say goodbye to a wonderful person who was a friend of mine.”