Christian Santos entered the Panera Bread at 1928 S.H. 6, just before 3 p.m., took a wallet from an employee's purse and ran from the store when the woman noticed what was going on, according to police.

Another employee and a customer chased Santos and cornered him at the Jamba Juice at 2148 Texas Drive, police said. The men were able to detain Santos after a brief struggle, according to police.

The Sugar Land Police Department also released surveillance video showing Santos and a woman in action during another incident at the same Panera Bread on Feb. 4.

They are seen on surveillance video sitting at a table near where two victims were eating. The female thief draped a scarf over the purse of one of the victims while they were distracted, then removed a wallet from the purse, according to police.

Police believe the two thieves are responsible for at least four similar crimes in Sugar Land since Jan. 15.

When arrested, Santos identified himself as "Christian Santos," 38, of Puerto Rico, but authorities believe it is a false identity. Authorities are asking for the public's help identifying the man.

A photo of the man is below. 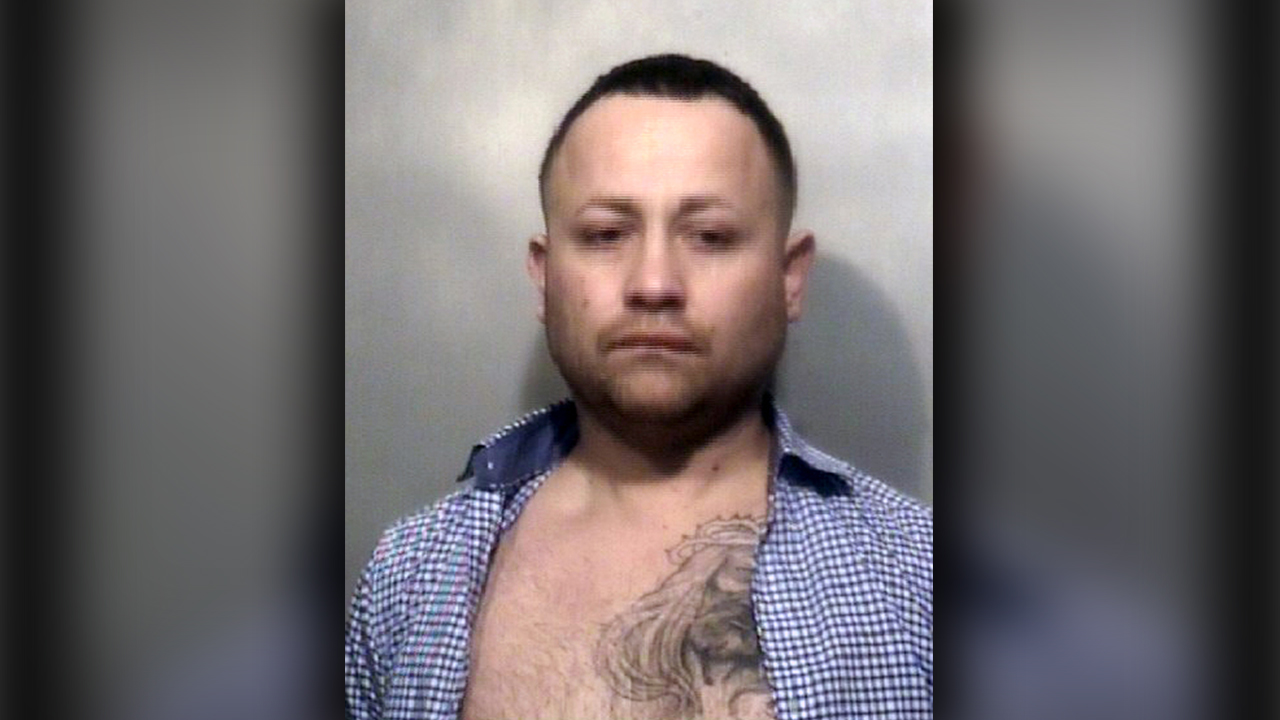 Police said he has a distinct tattoo on his chest.

Police are also looking for another man who they said served as a lookout during the crimes.