In To All the Boys: P.S. I Still Love You, which premiered on Netflix earlier this month, Lara Jean's (Lana Condor) love letters once again impact her life when John Ambrose McClaren (Jordan Fisher), an old crush and a recipient of one of her letters, reappears just as her relationship with Peter Kavinsky (Noah Centineo) is beginning in earnest.

ET caught up with Lindsay Wolfington and Laura Webb, the music supervisors behind the popular Netflix film franchise, and they broke down the music behind the sequel's biggest moments. While Webb compared the thought of picking a favorite music moment to "having a favorite child," she noted that "About Love" by MARINA and "Moral of the Story" by Ashe were two standout songs.

From Lara Jean's opening dance to her epic ending, Wolfington and Webb reveal the secrets behind the songs in five pivotal scenes in To All the Boys: P.S. I Still Love You.

The Opening: "Then He Kissed Me" by The Crystals

The film opens with an elated Lara Jean preparing for her first official date with Peter. While she dances around her room and questions what to wear, the swoon-worthy track amplifies her unadulterated joy.

"That was planned very early on," Wolfington tells ET. "The whole sequence is actually a nod to Adventures in Babysitting, which opens with her dancing in her room listening to that exact song."

"Elisabeth Shue dances in her bedroom very similar [to Lara Jean]," Webb adds of the actress who starred in the 1987 film. "So that was scripted early on. We knew that was written into the script."

The Girlfriend Moment: "Kill This Love" by BLACKPINK

After admitting to Peter that being a girlfriend makes her nervous, Lara Jean decides to put on some pep rally-appropriate clothes to cheer on her beau. As she uses face paint, pulls on knee-high socks and struts to school, the pump-up track with the backing marching band exudes the confidence that Lara Jean feels in that moment. Aside from the sounds of the song, Wolfington and Webb were thrilled to incorporate a K-pop track in the movie.

"We knew there was a scene with Lara Jean getting dressed up for the pep rally and kind of putting on a cheerleading outfit, a jersey, all that stuff. So we kind of thought that that would be a music moment," Wolfington says. "So when I heard this song, I was like, 'Oh my god. It’s K-pop and it’s basically like a marching band.' It’s a pump-up song. It has that awesome, big production."

"We love that it’s not just because it’s K-pop that we have it in the film," she adds. "We have it because it’s this huge pump-up moment and the marching band elements of the song worked really well."

The Breakup With Peter Kavinsky: "Moral of the Story" by Ashe

After Lara Jean discovers that Peter had been keeping a few secrets, she breaks up with him. In the breakup montage that follows, the viewer viscerally feels Lara Jean's devastation as she attempts to make it through the day. At one point, she even breaks the fourth wall to sing along to the track, something that necessitated finding the right song early in the process.

"The lyrics had to be killer and you had to really feel it and be devastated with our character," Webb explains. "We went through and there were quite a few contenders. But this with the lyrics, especially knowing that she was going to be lip-syncing it, it came as the frontrunner. And I’m so glad that we did."

"One, it’s a big breakup moment, and two, someone looks in the camera and lip-syncs a lyric, we knew this was going to be a big moment," Wolfington adds.

The Dance With John Ambrose: "As I'll Ever Be" by Chaz Cardigan

Amid her split with Peter, Lara Jean continues working at Belleview, the senior residence where she volunteers with John Ambrose. The pair get all dressed up to attend the Star Ball, a fancy dance they organized for the residents. The former Model UN pals even take a romantic turn on the dance floor, where John Ambrose comes clean about his long-lasting crush on Lara Jean.

Wolfington and Webb became aware of the track when Capitol Records sent them the demo. "The party was interesting because it’s, like, do you go older for the people in the retirement home? But we don’t want to totally bore our audience. Not that older songs are boring, but there’s just always this kind of balance of, do we go old, do we go new?" Wolfington explains. "The piano part of it, I have to say, is part of what made us fall in love with it. The chords are classic. It has kind of this sway that works for slow dancing."

"I think you could believe that the residents of Belleview would also be listening to [it]," Webb agrees. "I feel like this is that sweet spot where it steps into the future and touches back. It feels really nice and warm."

The Ending: "About Love" by MARINA

After realizing that John Ambrose isn't the boy for her, Lara Jean reconciles with Peter and they quite literally float away together as the track, which was written specifically for the movie based on a thematic direction from its director, Michael Fimognari, backs their bliss.

"We felt like the best place in the film for this was the end moment because… we kind of wanted to hit the Lara Jean and Peter kiss and then the title card at the end," Wolfington explains. "It’s always nice when you can leave the audience feeling excited and happy. And obviously that was a kind of moment that justified that type of feeling as well."

It turns out that the song fit the moment so perfectly because Wolfington and Webb got the opportunity to offer specific notes on the track as it was being recorded, largely thanks to, as Webb explained, MARINA and her team being "really accommodating and really down to work with us."

"We went and met with the producers and kind of showed them what we needed and they helped us kind of make it work," Wolfington says. "I have to say, for me and Laura, it’s super fun to be on that side. We aren’t creating or writing music, but it’s so fun to be able to work closely with the people who are. It’s kind of invigorating. It reminds you why you love music and why you got into this. And then seeing it put together to picture just feels magical."

While Wolfington and Webb confirmed that they're involved in the third movie, To All the Boys: Always and Forever, Lara Jean, the women were tight-lipped about any potential spoilers.

"We are working on some surprises," Webb hints.

"There were some key music moments that were included in filming, kind of like the a cappella stuff in film two," Wolfington teases.

'To All the Boys I've Loved Before': The Best Songs From the Rom-Com's Biggest Moments

'To All the Boys 3': Lana Condor and Cast Tease What's Next -- and It Includes College (Exclusive)

'To All the Boys' Stars Lana Condor and Noah Centineo Break Down 'P.S. I Still Love You' Ending (Exclusive) 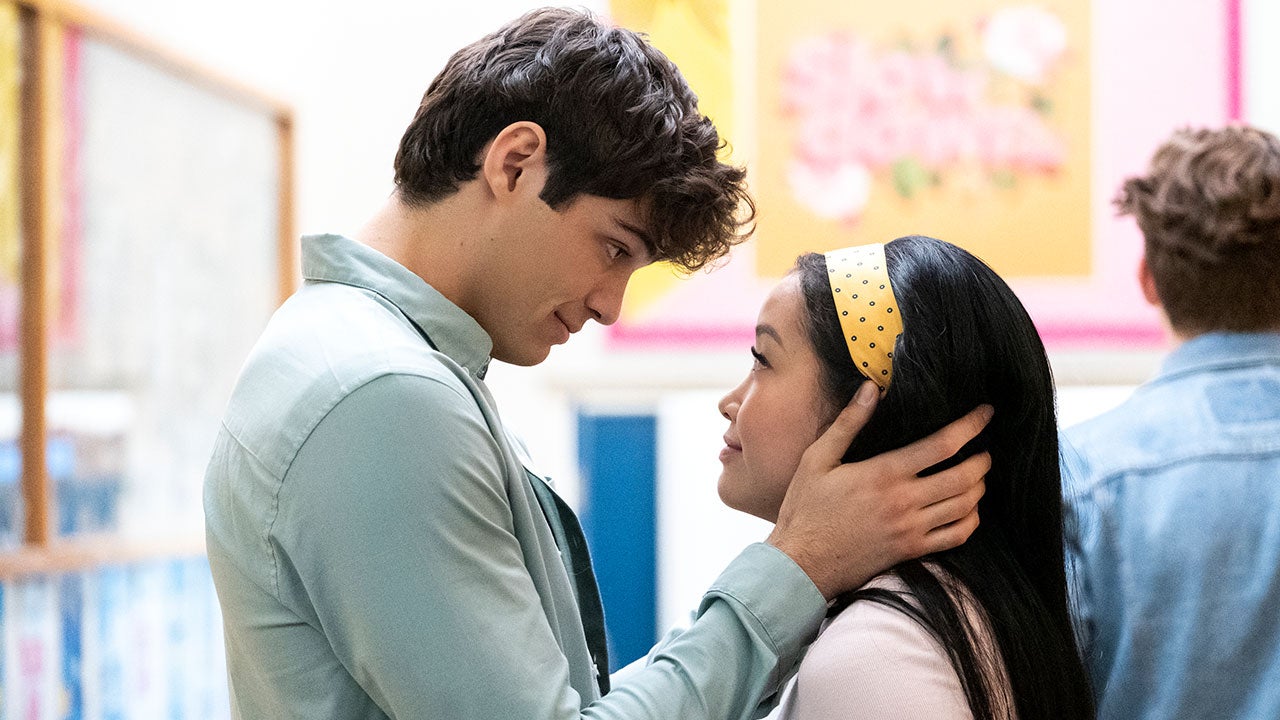