Tom Cruise Read Reports on How His 'Top Gun: Maverick' Co-Stars Did During Their Aviation Training (Exclusive)

Tom Cruise kept a watchful eye over his co-stars' training!

ET's Kevin Frazier caught up with Top Gun: Maverick actors Glen Powell and Monica Barbaro at Sirius XM Radio Row on Friday, before Super Bowl LIV, which will air on Fox, and they opened up about what it was like to star alongside Cruise in the flick.

"Tom Cruise, obviously, as you probably know, takes things very seriously. In terms of the flying in this movie, it's all practical flying," Powell said. "We're actually [in] F-18s this entire time, so if we didn't do the Tom Cruise School of Flying, we would've been passing out and puking the entire time."

As for what made up the so-called Tom Cruise School of Flying, Powell said Cruise, who starred in the original 1986 film, "put the entire regiment together."

"We had to do reports that I thought were not going to Tom Cruise. I thought it was like, 'Hey, you're gonna send me a report.' But [I thought] it was to production," Powell said. "And then I found out Tom is reading every report."

"I didn't take it seriously [and] Tom was like, 'So I read that thing. Is that really true?' And I was like, 'What'd you read?'" Powell continued. "He was like, 'Our book reports?' [And I said,] 'You mean our flying reports?' So Tom reads it all."

Barbaro agreed that Cruise was "really hands-on," adding that if you accomplished something on set, "he'd come up and give you a fist bump and be so proud of us."

"It's a great feeling to get a fist bump from Tom Cruise," Powell said.

While Barbaro and Powell remained mum about the plot of the highly anticipated sequel, they did reveal that the original film's iconic volleyball scene has been updated to a football game.

"Between every take, [Powell] would do some sort of celebration... This was at peak Glen energy. If there was a drug, everyone would be on it," Barbaro said of filming the scene. "It was just like he was running around, just screaming. It was like he scored a touchdown, just in every moment of filming."

"I put on the song 'It's Raining Men,' and I was like, 'Guys, dance!' I have this incredible video that I don't know if I'll ever be able to show anybody. But of [Powell] just slow-motion [dancing] and then everyone else getting involved. [There was] very little clothing. It's oiled up," she continued. "When you put in that effort, when you work as hard as you guys did to become as ripped as you were, I mean you gotta celebrate it. It's worth enjoying at that point. It's worth taking off your shirt and dancing."

As for Powell's experience filming the scene, he said, "We knew that everybody was gonna be waiting for this scene, so there was a lot of pressure."

In fact, he remembered director Joseph Kosinski telling him, "If you do this right, you're gonna be immortalized in a gif. You're gonna get your gif, your flex gif."

"I think we get it. It's coming. The gif's coming," Powell assured.

Top Gun: Maverick is in theaters on June 26. 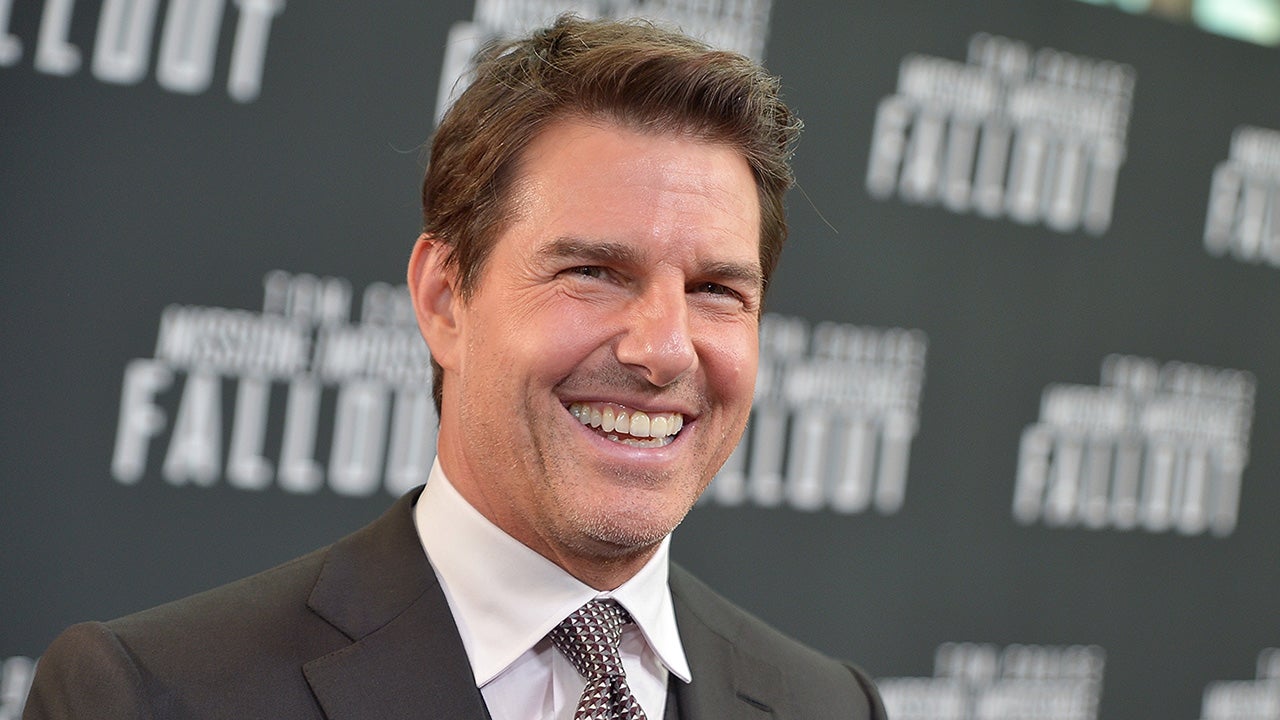