37,000 customers still without power due to Nicholas, CenterPoint says

What exactly is Mexican Independence Day?

Charge your phone 50% faster with this $40 wireless power bank

Save big on a subscription to this audio learning platform

Inside the Making of Pixar's Groundbreaking Animated Short 'Out' (Exclusive)

"This is sort of like a little gay Twilight Zone," writer-director Steven Clay Hunter says of what inspired his groundbreaking short film, Out. Growing up gay in Canada, it was pop culture like The Twilight Zone and Star Trek that allowed him to feel he could be anyone and do anything.

Now he's making history with Pixar's first LGBTQ main character in Out, which is part of the studio's animated SparkShorts collection on Disney+. Over nine magic-filled minutes, a young man named Greg tries to work up the courage to come out to his parents -- until two cosmic fur balls ride in on a rainbow and body-swap Greg and his dog, Jim.

In this making-of featurette, exclusively debuting here on ET, Hunter and producer Max Sachar open up about why it was important for Out's story to be told and share the emotional firsts they experienced behind the scenes.

"You sit down and try to tell your own story, and you quickly realize, 'Wow, I've never drawn two guys hugging one another and talking about love,'" Hunter reflects. "I was like, 'Holy crap. I've worked here 22 years and I've never drawn that.'"

Watch The Making of "Out" below:

Out is now streaming on Disney+.

LGBTQ Stars Share the First Time They Saw Themselves on Screen 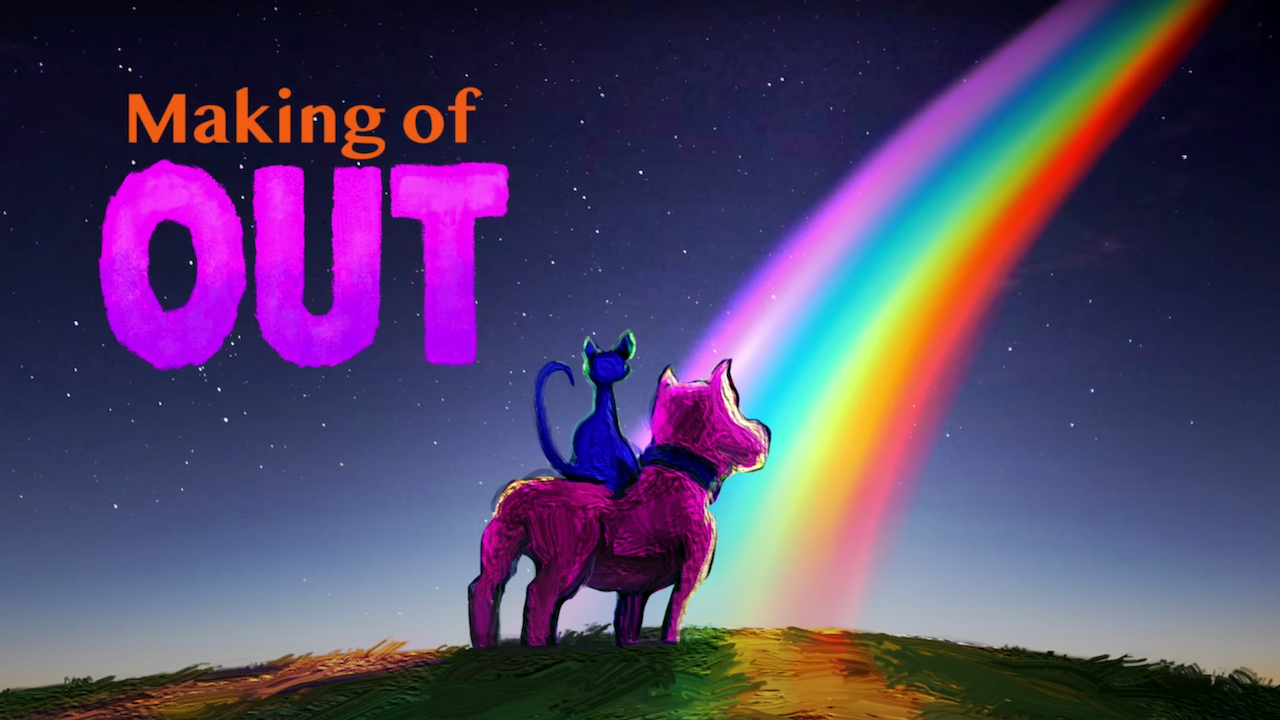