Attention, To All the Boys I've Loved Before fans! Lana Condor and Noah Centineo are bringing their die-hard stans an exciting new look into the Netflix film adaptation's third movie, To All the Boys 3, and all for a good cause. The co-stars and on-screen love interests have teamed up with the non-profit Favored Nations to help bring in donations to Black Lives Matter and other causes with a live table read of several scenes from the franchise's first two films and even one scene from the upcoming third movie, which they've already filmed.

Ahead of the table read and Q&A with activists and artists, the pair spoke with ET's Lauren Zima about what fans can expect from the live reading. For the scenes from their first two films together, the co-stars crowdsourced their fans to see what they'd like to hear. But when it comes to the surprise scene they are reading from the upcoming third film, the co-stars are "shocked" by the scene they are getting to perform for fans.

"I was shocked," Condor admits to ET. "It gives so much information, like I just recently found out what scene it was and I even was like..."

"What?!" Centineo chimes in.

We’re excited to announce that we’ll be hosting a live virtual event in support of the fight against racial injustice and inequality in our country. ⁣⁣ ⁣⁣ The event will feature Black Lives Matter co-founder, Patrisse Cullors (@Osopepatrisse), as well as special guests, experts, and a live table read with @lanacondor + @ncentineo reading scenes from To All The Boys 1, 2, and maybe, most definitely, TATB 3. ⁣⁣ ⁣⁣ Go to 𝐟𝐚𝐯𝐨𝐫𝐞𝐝𝐧𝐚𝐭𝐢𝐨𝐧𝐬.𝐨𝐫𝐠/𝐢𝐝𝐤 to RSVP (link in bio)

Centineo reveals that they pitched two scenes to read and Netflix executives chose the one they're putting out there.

"I'm not sure the fans are gonna react emotionally well to the third scene," Condor says.

The co-stars remain tight-lipped about details surrounding the third movie, but Condor says that they shot on location in Vancouver, New York, and Korea. When pressed to share any details on the general theme of the third film, Condor simply replies, "I love female empowerment. Period."

Both Centineo and Condor are keen for Netflix to release the third film while everyone is in quarantine amid the coronavirus pandemic, but they don't think that will end up happening.

"You probably aren't going to get to see the third movie for a while," Centineo adds. "It's not going to be like relatively soon. We don't know when."

As for why the cause was close to their hearts, the two took the opportunity to praise each other's philanthropic efforts.

"I think, like a lot of people, we're just asking ourselves, how can we do our part to help? Because, for me, I felt like I was coming from a place of ignorance," Centineo tells ET. "Lana and I've always been, I think, bonded by the fact that, yeah we're actors, but we also -- like Lana has a charity as well that she represents -- and I think it kind of just came about, this conversation we were having, and we thought, why not try?"

Condor couldn't help but gush about the real-life man behind Peter Kavinsky, saying, "He really is the person who brought all of this together for our table read and for Favored Nations and for everything and initiative in general. And so, watching him do it is so amazing. It's been such a pleasure and honor for me to even just be a small part of it with him, because I just feel like I'm so proud of you, Noah, and I'm so proud of the platform that you're wielding for good. I think it's so amazing."

'To All the Boys' Stars Lana Condor and Noah Centineo Break Down 'P.S. I Still Love You' Ending (Exclusive)

Noah Centineo Opens Up About His Past Drug Use: 'There Wasn’t Really Much I Wouldn’t Do' 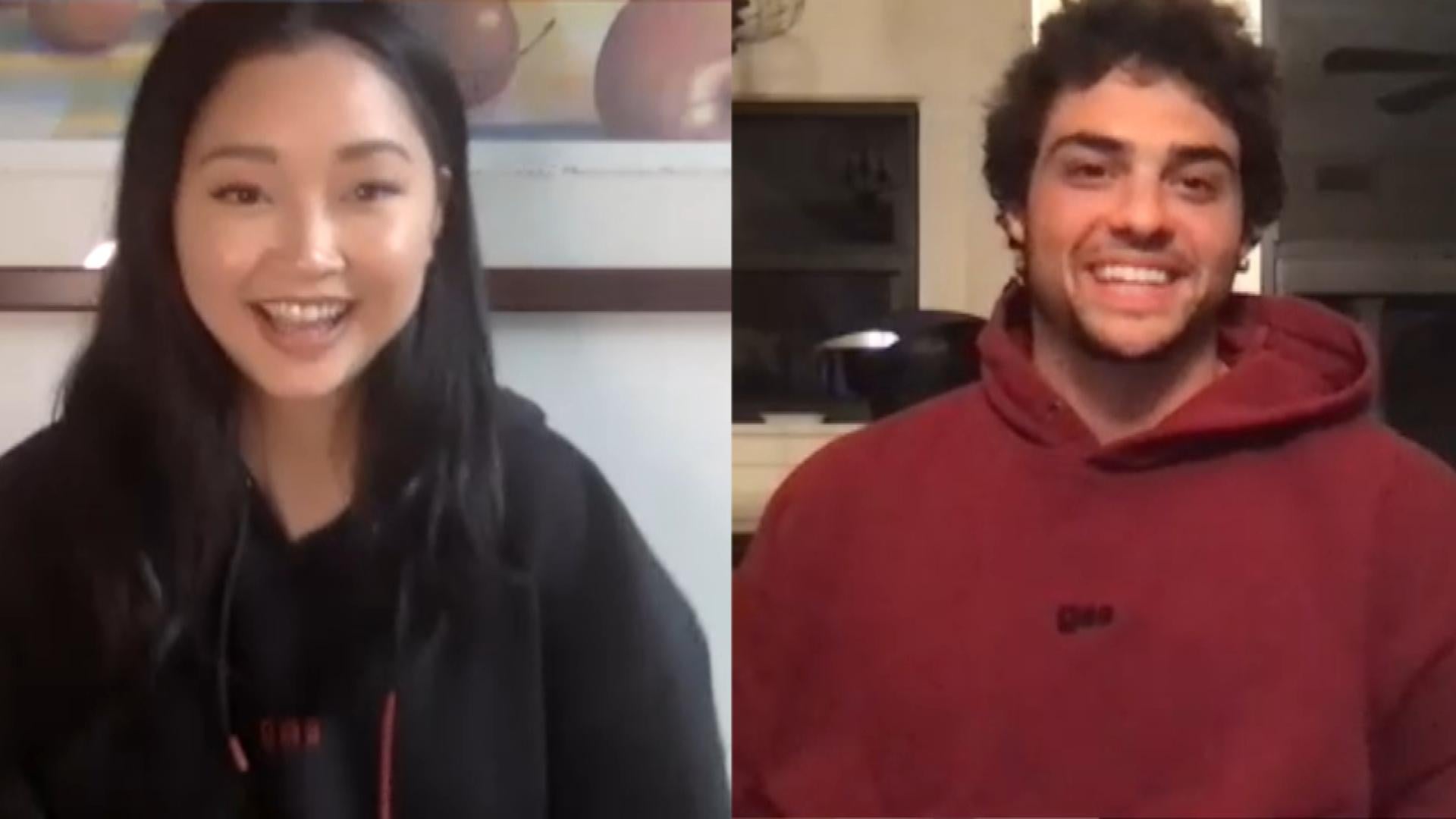