Leave it to Elisabeth Moss to entertain the masses during quarantine. Her modern retelling of a Universal Classic Monster flick, The Invisible Man, was among the first movies to stream early when theaters shuttered. Her new film, Shirley, is out now on demand. However unwittingly, providing any incentive to stay home is a mantle Moss is happy to take on.

"It's like, 'Oh god, how terrible. I have to sit around and watch TV and read books for a while.' If that's the sacrifice we have to make in order to keep everybody safe and healthy, sign me up," she laughs over Zoom. "I am very grateful to be safe and healthy. My family and friends are safe and healthy. And I am a true believer that if that is the case, you don't really have a whole lot to complain about."

In Shirley, Moss plays an imagined version of Shirley Jackson, the horror author best known for The Haunting of Hill House. When the agoraphobe's days cloistered inside her home are interrupted by the arrival of newlyweds, she finds unexpected inspiration for a new novel in this electric biopic-adjacent from director Josephine Decker and executive producer Martin Scorsese. In May, Moss connected with ET from NYC to talk about her transformation into Jackson, looking ahead to returning to The Handmaid's Tale and the possibility of a Mad Men reunion.

ET: One thing I wasn't aware of before watching Shirley is that it really is a tale of self-isolation.

Elisabeth Moss: I know, it's kind of crazy, isn't it? It's obviously not something that we intended. We made this movie a year and a half ago, and it's very strange to watch it now and see that opening scene of her lying in bed and not being able to leave the house. It's all very flawed, isn't it?

For better or, likely, for worse, people might see themselves in this in ways they wouldn't have, had this come out at any other time.

That's very true. That's very, very true. I think that Shirley's experience is a little bit more psychologically she can't leave the house -- as opposed to what we're doing -- but at the same time, absolutely, that feeling of fear and that feeling of isolation is incredibly relevant right now.

A lot of it was through reading about her, reading her work and also these incredible love letters -- sometimes hate letters -- between her and Stanley that we got access to and Michael [Stuhlbarg] and I pored over. It really was an incredible window into their love, their passion for each other, their anger, their intelligence and their sense of humor, which was through the roof. Those letters were probably the most helpful thing to us.

Was it easy for you to move in and out of Shirley, that when you got into the outfit and the wig, she came out? Or did you have to build up to her every day?

It's funny, actually, I found it a little too easy to play Shirley. [Laughs] She fit a little too easily. I'm not sure if this is a compliment, but I have had close friends of mine say that people who really know me know that I'm actually a lot more like Shirley than you would think. I can be very antisocial and I can be outspoken and I can be what would be considered a strong personality. So, I actually found it very easy to slip into Shirley and loved it. I loved the luxury. I think as women, especially in this business, we're so often careful about being difficult and apologizing for ourselves and all that bulls**t. I loved being able to just say what I felt and be honest.

It's funny hearing you say that, because even talking to you now I'm thinking, What a ray of light.

[Laughs] Thank you. And that is the big difference. I tend to probably be a little bit more sunny and fun than her. But as we all can be, I can also be very, very focused on my work. It's my first love, so I can be very passionate about that. And I think that I really found that I had that in common with Shirley.

You were able to premiere Shirley at Sundance before the world went into lockdown. Do you have a standout memory from this trip to Park City?

Yes! Meeting Shirley's son, who I got to meet at the post-screening party thing. It was the greatest thing ever. There was, like, 9 million people there and they're often annoying -- well, at least to me, I hate parties. I definitely have that in common with Shirley Jackson -- and he came up to me, tapped me on the shoulder and he said, "Hi, mom." And I was so confused. And he was a perfectly pleasant-looking man, so I knew he wasn't a crazy person. But I was like, "Is this a crazy person?" So I was like, "Excuse me, I'm so sorry. I don't understand." And he said, "I'm Shirley's son." I was like, "Holy. F**king. S**t."

I ended up spending about half an hour just talking to him. I was like, "I don't want to talk to anybody else. I just want to talk to you." And I grabbed Michael and brought him over and we got to talk to him. That was something that was a really, really standout memory for me.

There is this growing movement that you are becoming overdue for an Oscar nomination, whether for Her Smell or something like this. Is that talk that finds its way to you?

I wish you could see my face right now. Honestly, the fact that-- I don't know if people believe me when I say something like this, but it really is how I feel: You saying that to me blows my mind. I've been doing this for 31 years. I love acting more than anything, much to the chagrin of my friends and family. But the fact that anybody says that to me -- I'm not being falsely modest -- I think that's f**king incredible. And I really hope you believe me. I'm not being like, "Oh my God, like, how amazing." That means so much to me that anybody thinks that I could even possibly do that.

It really does. And of course, like, yeah, that kind of thing gets to me. I don't live in a hole, but I also have a credible amount of respect for the craft -- although it makes me vomit that I just said the craft. For me, the fact that anyone would just say that, I'm like, "All right, we're good. I can exist on that compliment for at least the next year!" [Laughs] That's good for me.

I think I am. At first I was fine and I was patient. I think I'm starting to get the bug a little bit. This is the longest amount of time I've spent in one city not shooting something for at least five years, if not longer. So, it's definitely very different for me. And I was enjoying that at first and I'm still not having a terrible time with it, but I'm just not used to being in one place for so long. I would love to be in prep -- I don't even need to shoot anything -- I just would love to go somewhere else other than my apartment. [Laughs]

I mean, I miss acting. I love acting. But we're all having conversations. I know every producer and studio and network and guilds, we're all having these conversations. And we're just trying to figure out how to do it safely, because human life is more important than me getting to act, even though I love acting. So, yes. But also, I'm being patient, because I do want to make sure that everybody does it in a safe way.

And will it be straight back into Handmaid's Tale when things start back up?

I suppose it's a little bit of an equalizer, isn't it? We're all navigating this and trying to figure out a lot of stuff for the first time, and hopefully won't make too many mistakes along the way. But look, I got the best job in the world, so I'm happy to do it.

Lastly, I know that a lot of people have gone back for a Mad Men rewatch during quarantine. And as these casts get together to do their Zoom-unions, is that anything the Mad Men cast has discussed?

Oh, I don't know. Maybe we have! [Laughs] I don't know. Maybe we have had some discussions about this. I don't think I am in a position to officially share anything. But, yes, we are aware that people are doing reunions and we've never done one, which is so crazy. We really all haven't been together in five years. So I'll just leave you with that.

Shirley is now streaming on Hulu and available to rent on demand.

Elisabeth Moss Weighs in on an 'Invisible Man' Sequel (Exclusive)

'The Handmaid's Tale' Season 4: Everything to Expect (Exclusive)

Every New Movie You Can Stream Early While Theaters Are Closed 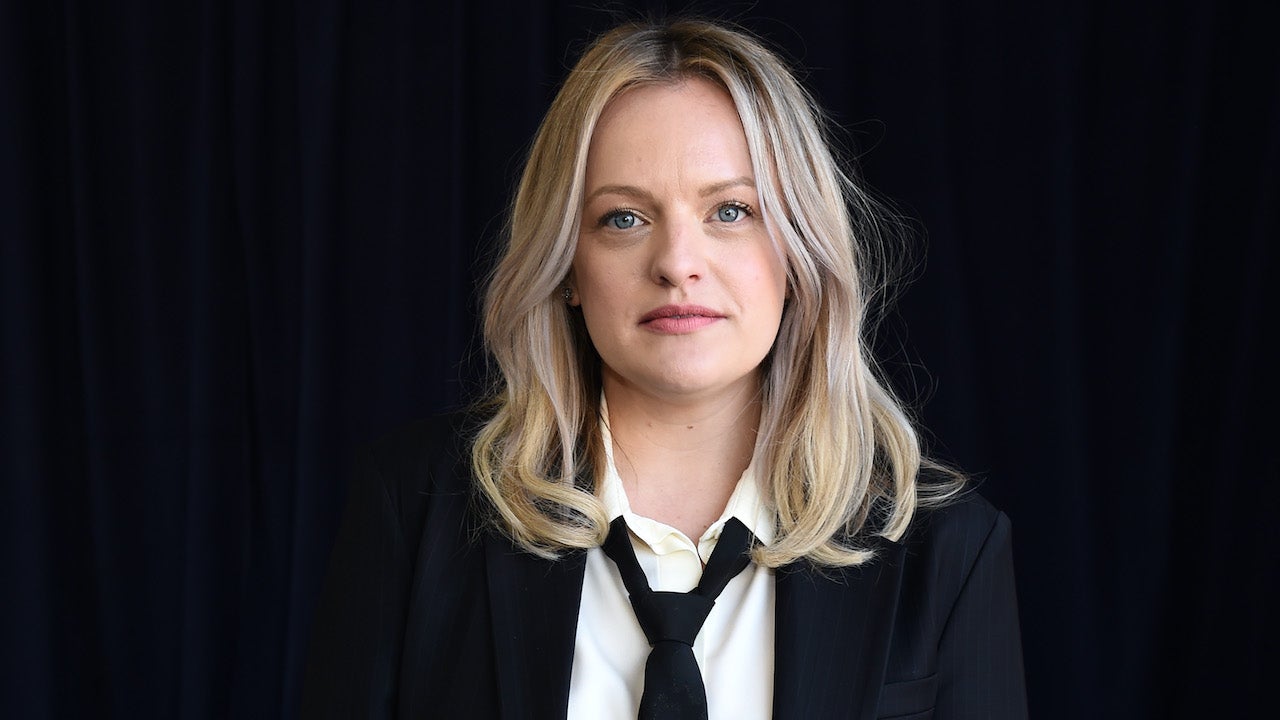