Triple digit heat through Sunday, MUCH needed rain on the way

Fuller House had an emotional goodbye in its series finale, wrapping up a five-season run on Netflix with a tear-filled ending fitting for the beloved characters of D.J., Stephanie and Kimmy. ET spoke with cast members, including Candace Cameron Bure and Jodie Sweetin, to get their thoughts on the final days of filming. But first, let's talk about that ending.

"When you guys came here five years ago, I was at my lowest point. I honestly wasn't sure how to keep going, but you honestly taught me how to live again and how to love again. And now thanks to all of you, I finally have the strength to set you free and let you live your own lives with your own families," D.J. said in an impassioned speech to her friends and family, including Bob Saget's Danny,John Stamos' Uncle Jesse and Dave Coulier's Uncle Joey. "But I just have to say that you people are my everything. And it would take me a thousand lives to repay you for the love and the kindness you showed me and the boys in this one."

But there was a sweet sentimental twist. After D.J. said goodbye to her sister, who announced she was expecting a baby, and best friend, they came back after mutually deciding that they wanted to raise their families together and wouldn't have it any other way.

"It was very difficult," Bure told ET's Lauren Zima over a Zoom call in May of the series finale's final scenes, "and I had the most dialogue at the end. It was incredibly real, which makes it as believable as possible, so I hope that the acting looked OK, 'cause it's all really from the heart. There were a lot of tears and those were all very real tears. There really wasn't much acting involved because we were so present and felt the moment."

Sweetin recalled filming the last scene "twice," but noted that what ended up in the final product is "pretty much one take and the real feelings of all of us."

When asked to reflect on the final day of shooting, the cast shared fond memories from that momentous last curtain call.

"I remember the final scene, everyone came down to the floor. Like, the floor was just packed. And everyone was crying, from our kids and director and our ADs," Andrea Barber said, before Sweetin chimed in, "Our boyfriends, our parents, everybody."

But Bure and Sweetin had different experiences closing the book on their Fuller House characters again, 25 years after Full House ended in 1995.

"Hands down, for me, the second; Fuller House was much harder. I was 18 [when Full House ended]. I was ready to start a new part of my life and I had exciting things lined up. But to be reunited and have five incredible seasons [of Fuller House]," Bure explained, adding that it was one of the "hardest days" professionally. "And man, I look at Andrea and Jodie, and literally, we're best friends and got to work together every day and support and encourage each other, so it was much harder to say goodbye. Not like we're not going to see each other again, it's just [not] working together every day."

"I had a harder time the first time because I think the second time I know that we all are going to stay close and stay in each other's lives. I was younger too. I was only 13 for that first goodbye," Sweetin said. "I was like, 'Am I ever going to see these people again?' Now that I am reassured that they are not going anywhere, I feel a little bit better."

With the final episodes of Fuller House dropping during a trying time in the U.S., amid the coronavirus pandemic and protests following the deaths of George Floyd, James Scurlockand countless others, the cast hopes it offers a brief respite in a difficult moment in the country's history.

"I've been an emotional basket case the past nine weeks, three months. I think we all have good days and bad days in this and what we're hoping is that these last nine episodes of Fuller House can bring people together," Sweetin said. "Hopefully this is a moment where they can come together with their families and enjoy and watch and connect with us."

The final nine episodes of Fuller House are now streaming on Netflix. 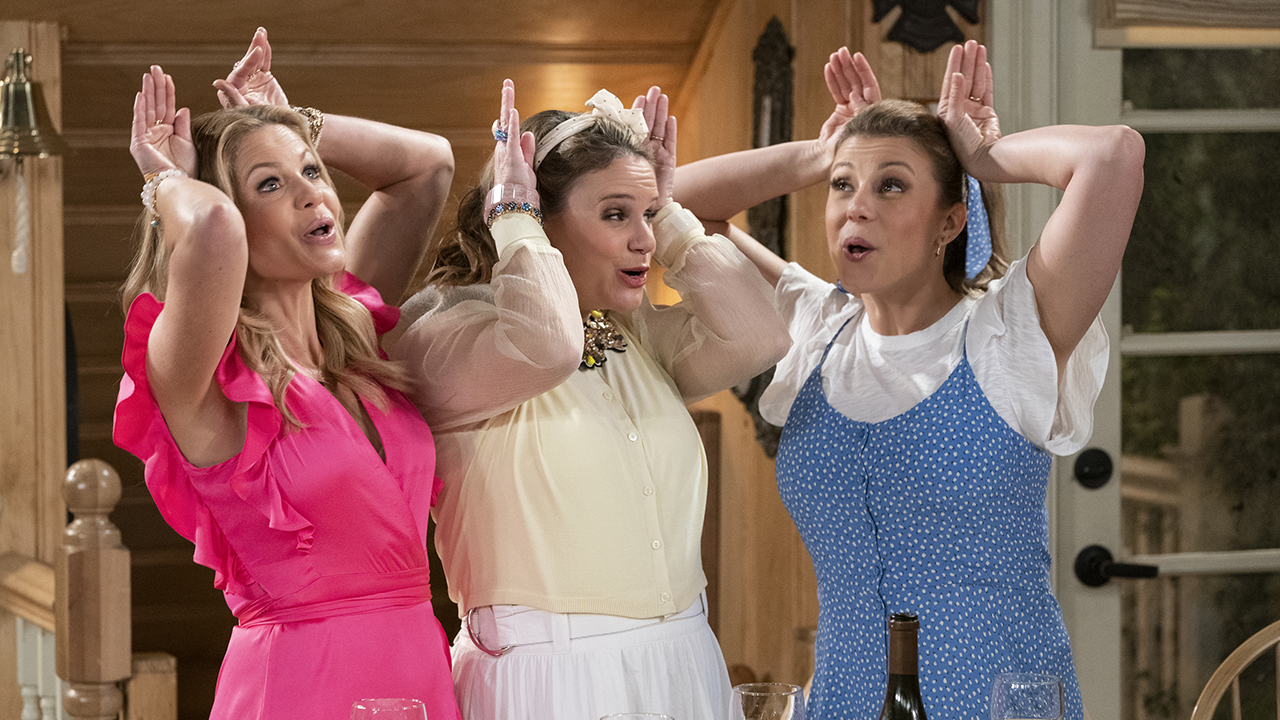