'Bachelor: Listen to Your Heart': Where the Final Couples Are After Season Finale (Exclusive)

Monday's season finale of The Bachelor Presents: Listen to Your Heart saw just one couple, Bri and Chris, named winner -- but that doesn't mean they were the only pair to walk away with love in their lives!

Since the show stopped filming, several Listen to Your Heart couples have continued their relationships -- as much as they can, anyway -- amid quarantine.

From Chris and Bri to Ryan and Natascha, ET caught up with the show's final couples, as they revealed where their relationships stand after filming. Find out who's still together and who's figuring things out (and who's releasing new music!), below.

The couple are very much still a couple post Listen to Your Heart, and as they told ET's Lauren Zima, they've even discussed marriage.

They were able to write and record their debut album, Chris & Bri, while quarantining in different states -- but for the sake of their relationship, they're looking forward to reuniting when it's safe.

"We are absolutely trying to be together. All this took us by surprise, and we were expecting to be together sooner or to have things opened up sooner," Bri said. "I have a compromised immune system, and so traveling is the biggest issue."

"I'm not super great with long-distance relationships in the past, but apparently when you find the right person, it isn't challenging," she confessed. "We've had lots of FaceTime dates. We talk multiple times a day. So, it's been really wonderful in a different way."

The Listen to Your Heart finale saw Trevor open up about his plans to move to Nashville to be with Jamie, but those plans (both moving to Nashville and staying together) never came to fruition. The American Idol alum told ET last month that he looks back fondly on their relationship on the show.

"It's rare when you meet someone and you just feel this instantaneous connection. It's almost like you feel like you've known them for years, and that's the instant spark that I felt with Jamie," Trevor recalled.

As for why the pair didn't make it in the real world, it doesn't seem like Trevor's admission he cheated in the past was to blame. The pair had worked through Jamie's concerns on the show, and she told ET that she had no regrets about her experience.

The pair's finale breakup was the most devastating of the season, but it seems Rudi and Matt are trying to work it out post-filming.

"I 100 percent regret what I said," Matt told ET of his cringey response to Rudi's confession she was falling in love with him. "I wish I could have simply said I just wasn’t at the same point as Rudi, but I feel like we are moving in the right direction."

Rudi and Matt ended their relationship after Matt realized he wasn't at the same point romantically that Rudi was -- but he still cared for her deeply.

"Watching it back only reaffirmed everything I already know, which is that I care so much for Rudi and we have an undeniable connection," he said.

"Not much has changed on my end," Rudi told ET. "I still care about him a lot!"

As for where they stand now, Rudi said they're still "feelings things out." "It's just hard because we haven't been able to see each other," she noted. "I'm quarantined in Texas and he is in L.A., but we don't go a day without talking to each other, so who knows what'll happen once we get to see each other again!"

"We talk every single day," Matt added. "We will see what the future holds."

Natascha and Ryan left the show in episode 5 seemingly interested continuing their relationship. "Our time in Vegas was really a turning point for us in our relationship," Natascha told ET. "We definitely had our sweetest and most vulnerable moments during that trip. Everything you saw between us was real."

"Leaving the show was tough on both of us because we genuinely shared a bond that was undeniable, both on stage and off," Ryan shared. "All I can say is that Natascha and I are in a great place, both emotionally and musically, and we're just taking it day by day and seeing where things go. She's an incredible woman and we share more things in common than you probably saw on screen."

Natascha added that she couldn't have done Listen to Your Heart with anyone else. "His support and trust in me really made me feel so special, and in return made me care for him so much deeper than expected," she said. "Considering the unfortunate circumstances we are all in at the moment, we are trying our best to keep each other emotionally and creatively as inspired as possible, since we can’t spend physical time together."

Watching the show back has only made Ryan and Natascha's connection stronger. "With Natascha, what you see is what you get, and I respect that about someone," Ryan said, while Natascha shared that seeing them on screen "instills in me that I was right about my gut instincts about Ryan the whole time."

The pair seemingly haven't put a label on their romance, but they proudly embrace their hashtag, #RyTasha, and their musical partnership.

Natascha has been focused on music amid quarantine, working with producers and songwriters to create music inspired by her experience on Listen to Your Heart. "We're both planning on putting out lots of solo material this year, as well as collaborations with each other," Ryan told ET, joking he might have revealed "too much."

"We're just looking at the glass as half-full and figured if we’re forced to be apart, why not share our connection in true Listen to Your Heart fashion -- writing songs together!" he said. "I'm very excited for our upcoming release, it’s dope! Keep up with us on social media to see what happens next."

"Since I live in L.A. and Ryan is in Detroit, we are hoping for the chance to spend some time together once travel is safe again. We talk and FaceTime all the time, so our plan is to just take everything day by day and have an open heart and mind while doing so," Natascha expressed. "Ryan and I especially have been working really hard on something super special, and we’re giving you a sneak peek into our relationship with this one! I can’t wait for you guys to hear it! It’s our first baby and she comes out this week!"

We can't end Listen to Your Heart without reflecting on that memorable switcheroo from episode 4, as Brandon and Julia decided to couple up, leaving their respective partners, Savannah and Sheridan, with no one to sing... OR LOVE. The episode ended tragically, with Julia upset with Brandon and regretting not staying with Sheridan.

In an interview with ET, Julia was hopeful about getting back together with Sheridan. She said they were in "constant contact" until he watched episode 2 of the ABC dating series, and then stopped responding.

"I think he's understandably hurt. We lived this experience. I think it's one thing to live it and then watch it over again for all of us. And I think he's rightfully hurt," Julia said.

"He had the one quality that I've looked for in a man, which is someone who knows who they are. I find that so attractive," she expressed. "I've always said I want someone who reminds me of my father as far as the kind of heart they have, and Sheridan definitely does."

Sheridan later told ET that "it's a no" to rekindling his romance with Julia.

"I cannot see it happening ... I think relationships are built on trust and communication. ... Trust, to an extent, has been broken ... I feel like considering it again would be being okay being second choice, and I'm not going to do that to myself," he said. "Watching the breakup was definitely hard. That entire situation made it feel like again, second choice a little bit. I'm not going to be somebody's second choice. Which, since the show, she's tried to tell me [I wasn’t], which I'm like, 'No, obviously I was in this situation.'"

Julia definitely won't be getting back with Brandon -- she called him "demeaning" and "condescending" in our interview -- and neither will Savannah. (Though her feelings aren't so strong.)

See more on Listen to Your Heart in the video below.

'Bachelor: Listen to Your Heart': Rudi on Matt's Cringey Response to Her Love Confession (Exclusive)

'Bachelor: Listen to Your Heart': Sheridan on Whether He'll Give Julia Another Shot (Exclusive)

'Bachelor: Listen to Your Heart': Julia on Hateful Backlash and Trying to Get Back With Sheridan (Exclusive) 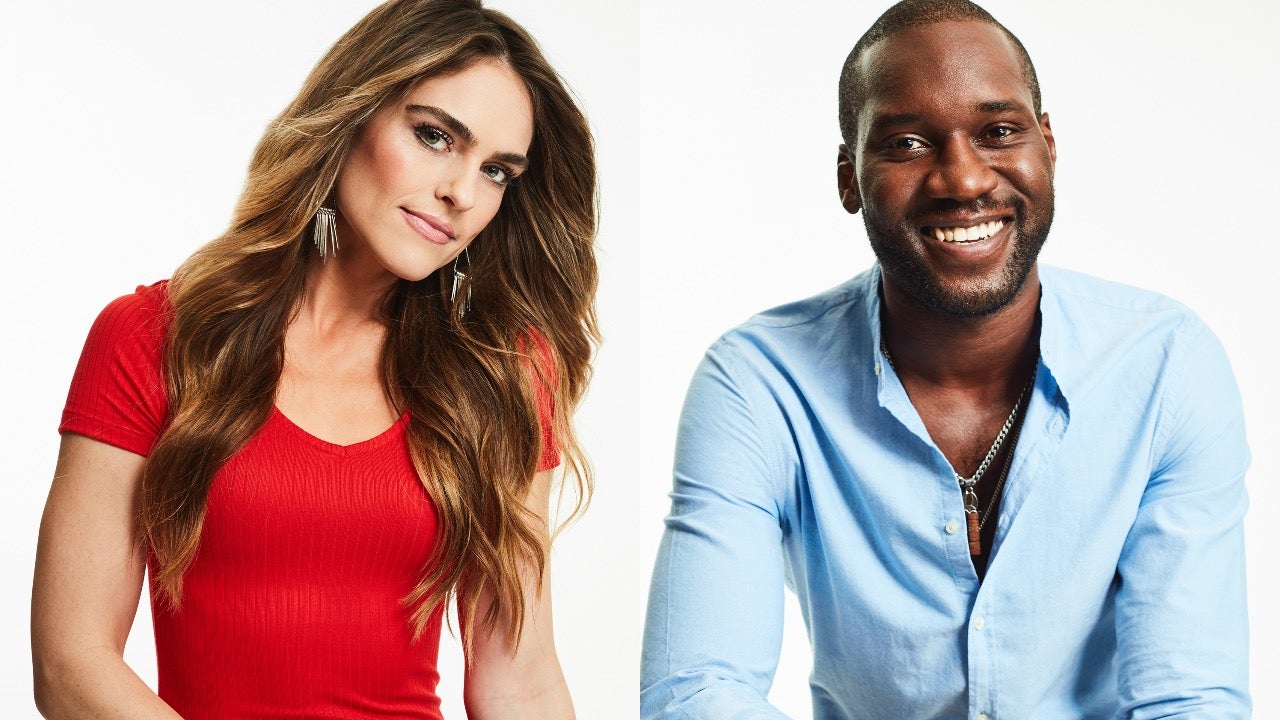