Ask 2: Why are there purple street lights along Tomball Toll?

Zachary Levi is dishing on “amazing” upcoming film, Shazam! 2, whether there’s a Chuck reunion film in the works and living his “quarandream” at a Texas ranch.

While the coronavirus pandemic has halted many filmed productions, Levi says the film is “on track,” although its release date recently got pushed several months, from April 2022 to November 2022.

“It's still on track,” Levi said, speaking to ET’s Rachel Smith ahead of Tuesday night’s A Night of Covenant House Stars virtual fundraising concert. “Right now, they're writing an amazing script. I don't have any real details on that. I've got some generals and they all sound amazing.”

Levi, 39, added that, while it’s unclear when production will be able to go ahead on the highly anticipated sequel, post-pandemic film sets will come with a new normal.

“There's definitely going to be some major protocols that are put in place,” he said. “What those protocols are, I'm not sure yet. I'm doing my own due diligence as an actor waiting to go back to work, but also as a producer and someone who's trying to create my own world out here in which to produce. I've been actively trying to figure out when the gears can start moving a bit again, but I don't know for sure.”

“I think that the future of the world for the next 18 to 24 months is going to look like the oil rig life -- you go to work on an oil rig for six months, then you're at home and don't think about work at all,” Levi adds. “There'll be isolated quarantine types of facilities, whether it's our industry or whether it's the car industry. But I do believe even through all the pain, sadness, this waiting period and these great little silver linings we're being given, that there will be a better world on the other side.”

“It’s this really cool gathering of folks like myself and Rachel Brosnahan who are performers, but we're discussing the beauty and awesomeness of Covenant House and how it helps people, specifically homeless youth,” Levi says. “They do these things called sleep outs, [which are] an act of solidarity where people are acknowledging there are people in this world that are without a home and many of them are the youth of this world.”

“In Los Angeles and in New York there's been this sleep out, where artists and actors come together and sleep out at the Covenant House facility in the parking lot, and it’s very powerful,” he continues. “We raise money and awareness for Covenant House and all of the at-risk and homeless teens and youth.”

Levi first took part in such an event after an invitation from Brosnahan when the two were working on The Marvelous Mrs. Maisel. Unlike the youth in need whom the event will benefit, Levi recognizes he is “really blessed” to be spending quarantine at his ranch near Austin, Texas.

“My quarantine has been pretty ideal,” he says, while sipping “pollen-generated” green tea to help keep his allergies at bay. “[I’m] grateful for my little slice of heaven and also the other folks who live and work on my property. We have a little arts commune. If you're going to ride out the apocalypse, it's a good way to do it. Living the ‘quarandream’ -- that's what we're doing.”

The rural bliss sees Levi surrounded by deer, coyotes and chickens, which provide him with fresh eggs every morning. As for whether there’s a special someone hunkered down in Texas with the hunk, he’s coy about whether he’s looking for love during lockdown, but notes how much modern technology is helping the dating world, among other parts of life.

“What is everybody doing other than just trying to connect with their loved ones via phones and stuff?” says Levi, who told ET in June that he preferred meeting people in real life rather than online. “If we were having to go through this pandemic 20 years ago, this would be a whole different experience. We wouldn't have FaceTime, Zoom, streaming content, online gaming -- a lot of things that, leading up to now, have been a big distraction but now have turned out to be quite a little gift. It helps people in the dating world, it helps people in the gaming world, it helps people doing all of the things.”

It also helped Levi get together with Chuck co-stars, including Sarah Lancaster and Ryan McPartlin, for a recent online reunion benefiting Feeding America. And, if he has it his way, fans will also see the actors together on the big screen at some point.

“I've been trying to make a Chuck movie since we ended the show,” he says. "I think the show itself was like making a mini-movie every episode -- kind of a goofy, American James Bond. I think it's very deserving, like many of these other shows are getting a movie.”

A Night of Covenant House Stars will be streamed at 8 p.m. EST on May 18 via Amazon Prime Video, Broadway on Demand, iHeartRadio Broadway, Facebook, Twitch, YouTube and Stars in the House.

See more on Levi and Shazam! below.

Zachary Levi on If He'll Be Back for 'Marvelous Mrs. Maisel' Season 3 (Exclusive) 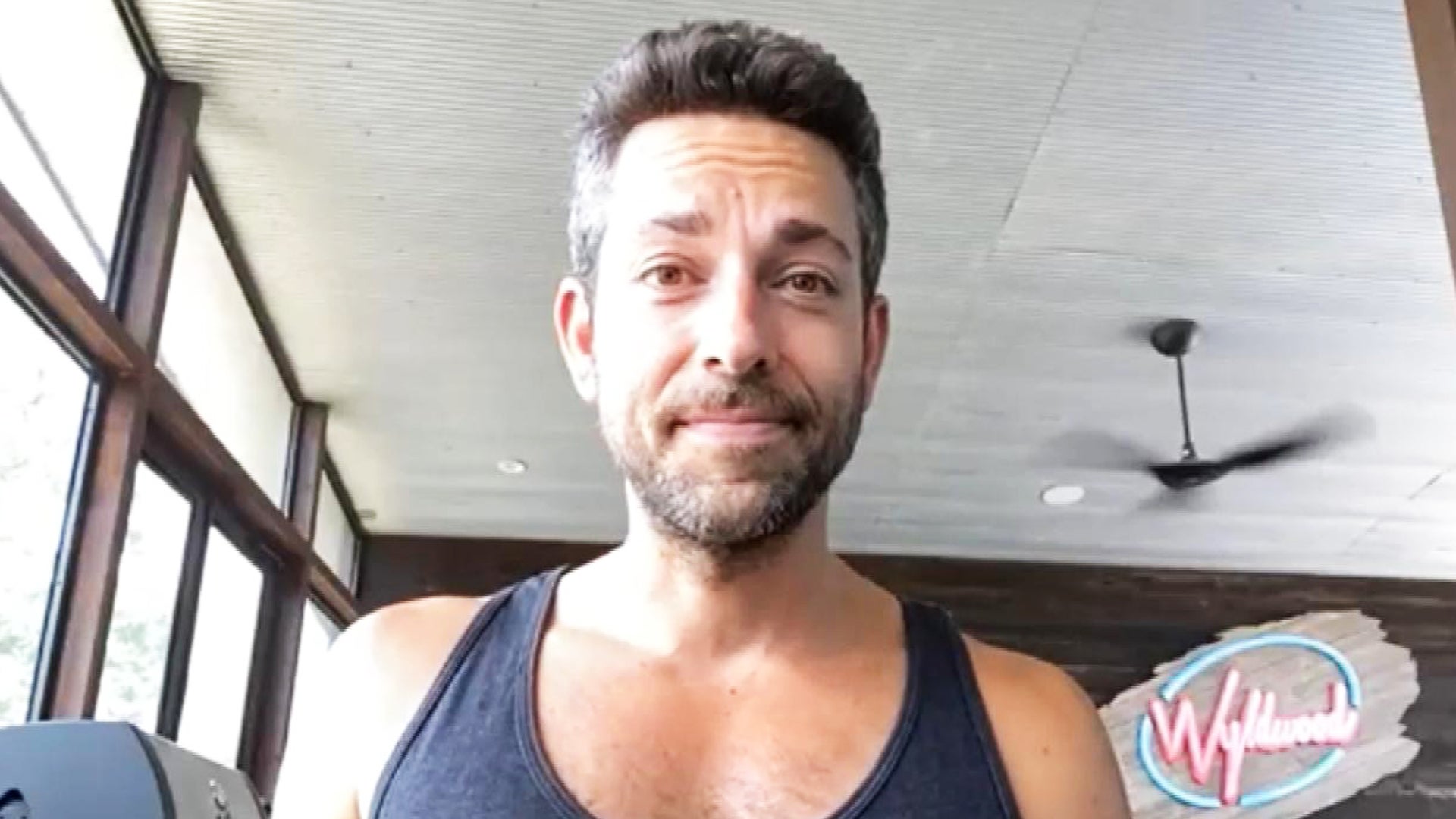