Here’s how Houston is planning to distribute COVID-19 vaccines

Heartwarming: Soldier surprises parents at Alvin ISD ahead of Thanksgiving

Josh Gad made one of his dreams come true while in quarantine.

The 39-year-old Frozen actor got the cast of The Goonies to reunite 35 years later, and while fans were thrilled to watch this reunion, Gad might have been the most excited of all.

"I've been doing a lot of revisiting of movies that were so important to me during my childhood. I've watched  the pure joy on my children's faces as I've shown them those very movies that influenced my life," Gad told ET's Nischelle Turner during a video interview. "One night we were watching The Goonies, and it's always been a dream of mine to reunite that cast. I sort of just decided on a whim that I'm gonna do this, and I started reaching out individually, one by one."

"I started with Jeff Cohen, who plays Chunk, and he said yes. Then Sean Astin, who played Mikey, he said yes. One by one, they all said yes," Gad explained how he was able to produce the reunion, which took place on a Zoom call. "From there, everybody just wanted to be a part of it, and it was remarkable. I don't think they realized just how much joy it would bring until they actually shot it. They too are seeing the result, it's tremendous."

Gad admitted that he wasn't sure Spielberg would do it at first. "I personally thought Steven would say no, just because he's so busy, and he absolutely was in, 100%," he shared. "He could not be more excited, and it was really amazing to see, because, you know, nobody has influenced my childhood more than that particular man. To be able to hear and see him talking about one of my favorite movies of all time with this particular group of people was, like I say in the actual broadcast, one of the greatest days of my life."

Gad has plans to reunite other casts after The Goonies reunion was able to raise funds for The Center for Disaster Philanthropy's ongoing coronavirus efforts.

"Goonies Reunited Apart has raised $23,000 so far for The Center for the Disaster Philanthropy, and that's the goal of this whole thing," Gad said. "If we can keep doing that, I promise to keep reuniting all your favorite casts."

Episodes of Reunited Apart With Josh Gad can be viewed on his YouTube channel.

'The Goonies' Cast Reunites 35 Years Later Thanks to Josh Gad

'Parks and Recreation' Cast to Reunite for Scripted Reunion Special 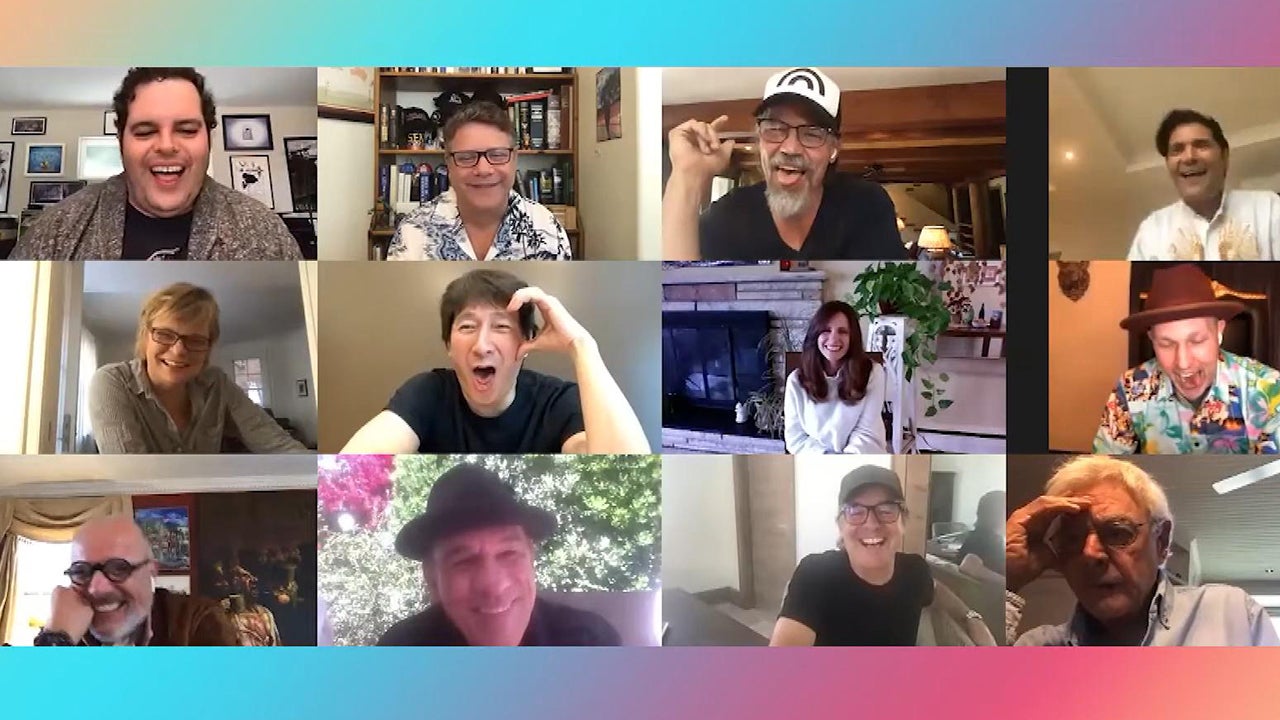