Beverly Hills, 90210 fans got their dream reunion with 2019’s Fox revival, and now Melrose Place fans are in for a treat as the spinoff’s cast comes together on Wednesday!

For the first time in eight years, 10 stars, including beloved lead Heather Locklear, will unite for a virtual reunion for the Actors Fund, which is helping people in showbiz who have been impacted by the coronavirus pandemic. The special is part of the Stars in the House series (created by SiriusXM Broadway host Seth Rudetsky and his producer husband James Wesley), which has been bringing former castmates together to help raise money for the Actors Fund.

ET's Nischelle Turner caught up with Melrose Place screen sirens Josie Bissett (who plays Jane Mancini), Laura Leighton (Sydney Andrews) and Daphne Zuniga (Jo Reynolds) to talk about the special, which Locklear was thrilled to be involved in.

“She responded right away,” actress and director Zuniga said about the 58-year-old actress, who’s staying sober after seeking treatment and pleading no contest to eight misdemeanors last year. “She was like, 'Yeah, let's do it!'”

“The group would just not be complete without any of us missing,” Leighton added. “So, we are so happy that the whole gang will be there.”

Bissett, too, is “super excited” that Locklear is taking part, noting how iconic her portrayal of villain Amanda Woodward was in the '90s soap.

The reunion came about after former Melrose Place star Marcia Cross took part in a Stars in the House special for Desperate Housewives. Rudetsky and Wesley told ET that Cross then asked if they might want her to get the Melrose Place cast together too, and they jumped at the chance.

Locklear wasn’t the only one who rapidly agreed. Bissett shared how “any excuse for all of us to get to see each other again is so nice,” while Zuniga recalled how Leighton signed up so many former co-stars that she had to check that she could bring them all to the virtual get-together!

While back in the day the on- and off-screen drama between castmates frequently made headlines, decades later the ladies remain close friends.

“Of course, we remained in touch over the years, but we recently reconnected and it's been so great to have these friends that we had in our early 20s,” Leighton said. “So much has happened with our careers and our lives, but we kept in touch and it's been great to have reasons to get together and do all of the catching up that we need to do. It's nice to go down memory lane.”

“For me it was a long-term family,” Zuniga, 57, reflected about her time on the series. “I remember just being there and the familiarity. Riding motorcycles on the weekend with each other, and I think we used to do Pilates with Laura. I just remember the family part of it, which was really great, and it was a time where we did not have phones. I think we would go to the mall in in-between hours.”

As for whether they would consider reuniting for another project, Bissett said they were “definitely open” to the idea. Zuniga previously told ET she was also "totally open" to a reunion series.

For now, the trio are settled into quarantine life. Zuniga has been spending time reading books and getting creative with watercolors, while Bissett has a son who has come home from college and a daughter who’s in her final year of high school and will sadly miss out on graduation due to the pandemic.

Leighton, 51, is home with her two children with Melrose Place co-star Doug Savant, whom she’s been married to for almost 22 years. Despite finding love on the series, she says they rarely talk about it.

“My husband just happens to be my husband [and] we just happen to have met shooting a television show a bunch of years ago, so it's surprising to us when people remember us from that time or think of us as those characters,” she admits. “We forget, 'cause we're just simply married and raising our kids.”

See more on Melrose Place below. 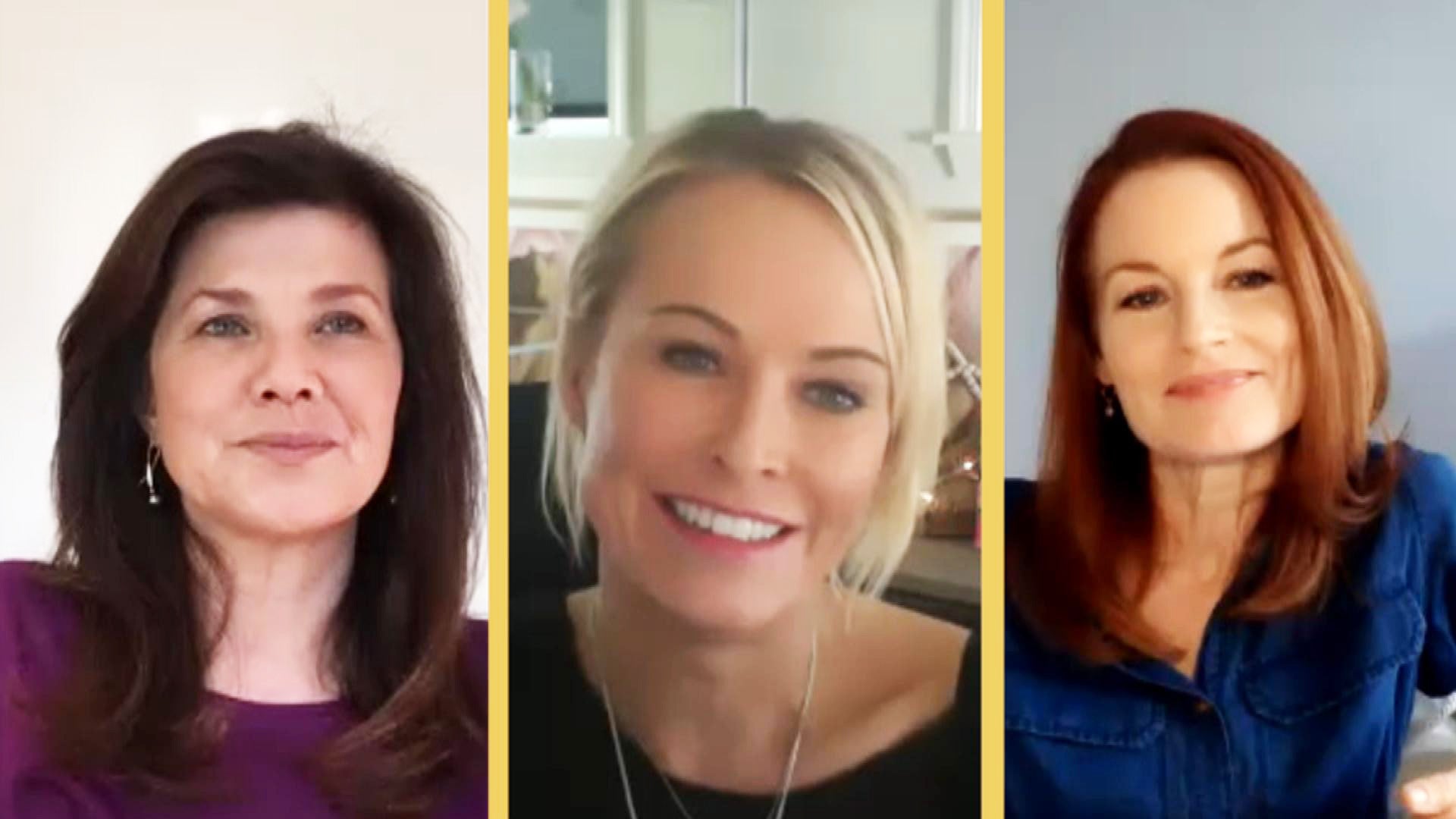