You may have unclaimed property in Texas. Here’s how to claim what’s yours on National Unclaimed Property Day

Toddler hospitalized after inhaling smoke during fire in northeast Houston

Pitching will be a prominent force in this week’s much-anticipated Region III-6A final that features the last two regional champions.

“At this stage, it’s about which pitching staff is going to last the longest,” Strake Jesuit coach Raul Garcia-Rameau said. “It’s two teams that are very similar in style with good pitching, good defense. It’ll be a fun series. A good series.”

Stratton is 2-1 in the postseason with a 1.51 ERA and 26 strikeouts to 15 walks; over his last three starts, Stratton has struck out 22 to seven walks and allowed no earned runs. 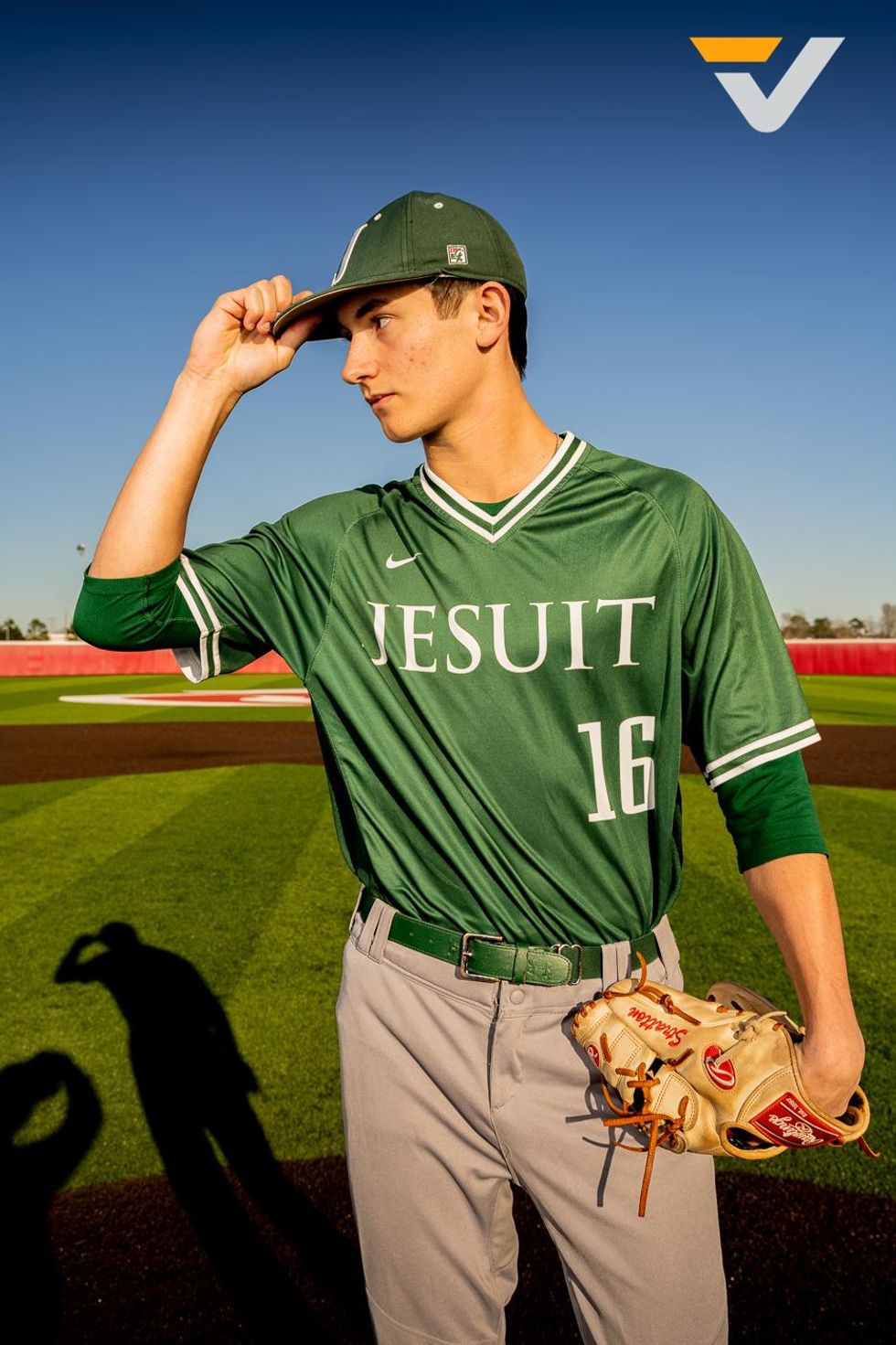 Garcia-Rameau said Stratton is better this year after working on his body during the offseason. Stratton is better conditioned and stronger after adding 10 pounds of muscle. He has pitched complete games in two of four starts these playoffs and went 7 1/3 innings in an extra-innings affair in an area round start.

Baron is 2-0 in the postseason with two complete games, an 0.74 ERA and 16 strikeouts to five walks. Sixty-five percent of his 264 pitches have been strikes. Garcia-Rameau admires the former reliever’s poise and laid-back approach.

Toney has a 3.9 ERA, with 16 strikeouts to six walks, and has followed Stratton’s and Baron’s lead. In the Crusaders’ 2-1 Game 3 win over Katy last weekend that secured another regional final appearance, Toney surrendered one unearned run on five hits while striking out two and walking none in a complete-game effort.

Strake Jesuit starting pitching has allowed 20 earned runs over 66 innings and thrown strikes 62 percent of the time in the postseason.

“Last year, we had a little bit more depth,” Garcia-Rameau said. “But this year, the three guys we have starting have gone complete games, so we haven’t had to go too much into the bullpen. That’s always nice.”

These playoffs, Panthers starters have allowed 18 earned runs over 66 2/3 innings and thrown strikes 60 percent of the time.

“Coaches can prepare all they want, but you’ve got to have pitchers come out and execute,” Welch said. “Our pitchers have done that with consistency and being able to throw multiple pitches for strikes.”

The 33-5 Panthers, too, have a wealth of quality, dependable arms.

Senior right-hander Hunter Nichols and junior right-hander Kellen Gradisar are both capable of pitching Game 1 of a series, with the other throwing Game 2. Freshman left-hander and University of Texas commit Jack McKernan has been a revelation as a dependable No. 3 starter.

Gradisar, a confident and unflappable competitor, has a 1.04 ERA this postseason with 13 strikeouts to three walks, throwing seven innings in three of four starts.

“We had a lot of confidence that he was going to have a great year,” Welch said. “Last year, he had an arm injury and didn’t get to pitch, but he is that guy who can throw three different pitches for strikes in any count. When you can do that, especially at this level, you’re probably going to have a lot of success.”

Nichols has adapted well to a starter’s role after coming out of the bullpen last year. He has a 2.32 ERA these playoffs, with eight earned runs allowed over 24 1/3 innings. 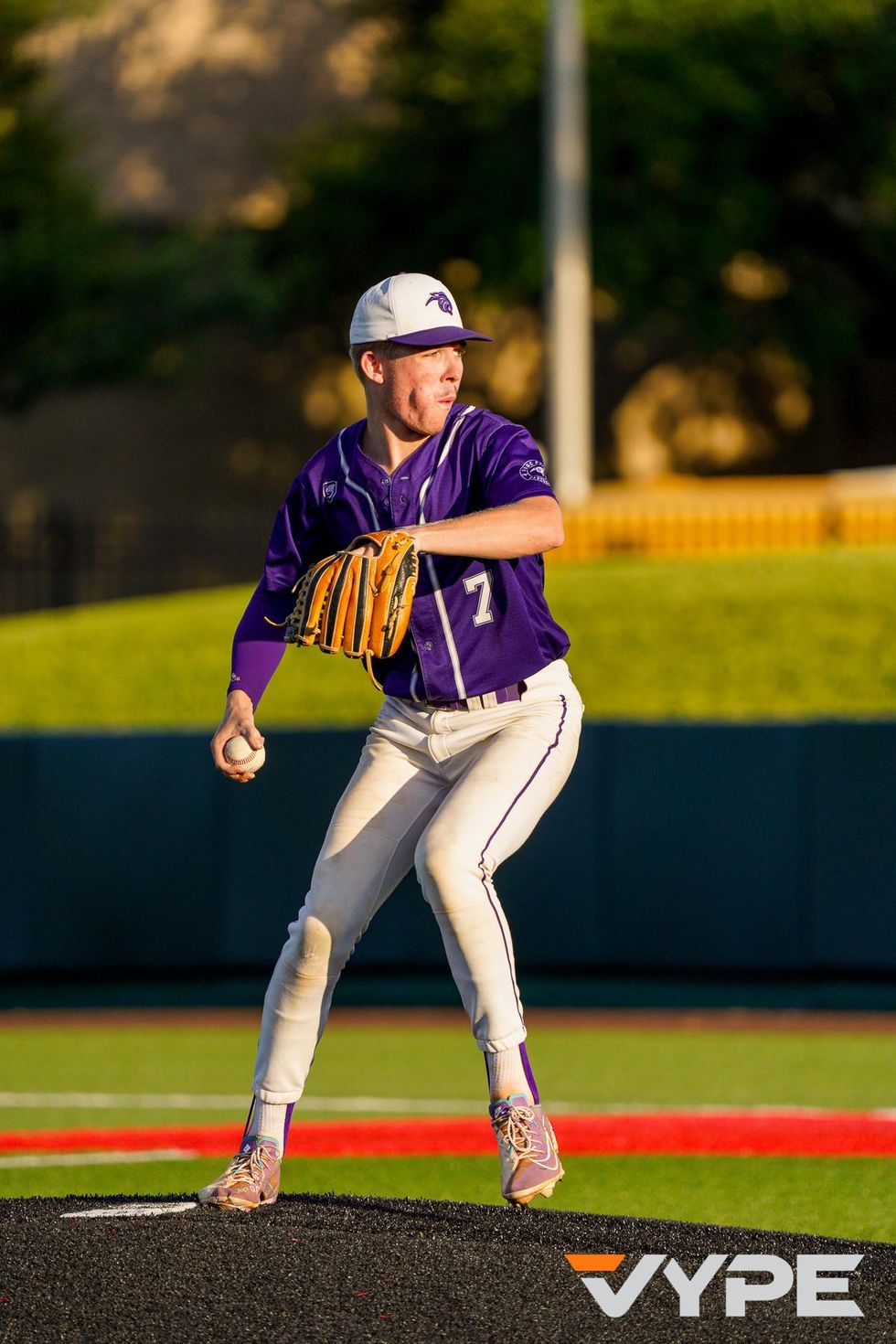 McKernan has a 2.78 postseason ERA and the most electric stuff of anyone. His fastball tops out at 95 miles per hour. He averages two strikeouts for every walk, and while he can get into trouble every now and then, he has the poise and talent to escape almost any jam.

“The most unusual trait he has, for his age, is a lack of fear,” Welch said. “He does not worry about pressure. He’s shown all year he doesn’t mind being in the moment.”

If either team must go to its bullpen, it is unlikely to suffer in performance.

Ridge Point can turn to senior right-hander Devin McComas or junior left-hander JJ Kennett in relief. But like his counterpart, Welch has not had to use his bullpen much these playoffs because of great starting pitching.

“It’s almost standard that if you’re still playing at this time of year, you’re probably pretty good at both pitching and defense,” Welch said. “Inning by inning, game by game, we’re going to have to try to adjust after we see it if things aren’t going our way. We have to compete, stay patient and hopefully keep the game close and have things go our way the back-half of the game.”

A game plan Strake Jesuit is also likely to adhere to in a battle of two evenly matched clubs hungry to return to Round Rock.