Man who led officers on chase, killed 2 women after crashing into Uber in 2020 found guilty of murder, Crime Stoppers say

When the UIL released its postseason baseball brackets a few weeks ago, the Panthers liked that Tompkins fell early on their side. Even though the Falcons entered the playoffs with only one loss through the regular season, ranked No. 1 in the state in Class 6A and No. 10 nationally, Ridge Point was undeterred. Unfazed.

The Panthers proved as much Friday evening, finishing off the vaunted Falcons with a shocking sweep of their Class 6A regional quarterfinals. Almost exactly 24 hours after Ridge Point rallied from down 1-0 with no runners on base and two outs in the bottom of the seventh inning to pull out a cinematic 2-1 Game 1 win, it responded demonstratively in Game 2, jumping out to a seven-run lead before holding on for a 9-7 win at Tompkins High.

“We love this,” said Panthers senior Justin Vossos, who had two RBIs in the Game 2 win. “We saw the bracket come out and we wanted to play them. We want to play the best. We worked hard like we know how to do, and we believed. We believed we could beat them. We came out and played our baseball and obviously it showed.”

The Panthers (31-4) advance to play Pearland in next week’s regional semifinals. Ridge Point is eyeing its second state tournament appearance in three seasons, not including the 2020 campaign shortened by COVID-19.

‘They’ll have the momentum,” coach Clint Welch said of his boys. “They’re hungry now. That will take care of itself.”

Tompkins pitchers struggled with command. Of the 141 pitches thrown between seniors Solomon Rotberg and Michael De Battista, and junior Ty Dagley, only 79 were strikes (56 percent).

The Falcons walked seven Panthers, and it was lack of command that ended the evening abruptly for starter Rotberg, forcing Tompkins to go to its bullpen after 1 1/3 innings.

Ridge Point did not get much offensively going until the sixth inning, when three straight walks from De Battista to start the frame ultimately resulted in six runs, keyed by Vossos’ two-run RBI double, Travis Vlasek’s second RBI single of the game, and Carter Groens’ two-run double that plated the eighth and ninth runs that turned out to be decisive.

“With the wind blowing out, we knew to stay compact,” Vossos said. “Hit nice little line drives and they’ll fly. A few walks led us to good hits and good ABs, so that really helped us.”

“Hunter did a great job and kept them from scoring early,” Welch said. “That’s a tough team with a tough lineup. For the wind blowing out like it is, for him to only give up a couple of runs in six innings … just a phenomenal outing from him.”

Nichols’ slider was devastating. He threw his changeup and fastball for strikes. He didn’t so much blow away Tompkins’ batch of sluggers as he did thwart them with off-speed precision.

“Those guys can hit,” Nichols said. “I knew I had to make pitches to get people out. I just tried to stay humble and stay focused. It was a big game. I was able to come out effectively enough to help get us a win.”

Tompkins only threatened in the bottom of the seventh, down 9-2.

Against Ridge Point’s dynamic freshman left-handed closer Jack McKernan, a University of Texas commit, the Falcons quickly strung together five runs on four hits, walking twice and getting hit by pitches twice. It was the offensive prowess many had been expecting from Tompkins all series long.

But after a balk was called on Nichols, which Welch said he didn’t quite understand why, McKernan got Cash Russell to fly out to right fielder Owen Farris to hand Tompkins its third loss in 31 games.

In Game 1, it was Ridge Point’s bats that were clutch with two outs, especially Groen’s walk-off two-run single. In Game 2, it was the rookie McKernan fighting through tough calls on balls-strikes and a balk. It was McKernan’s strikeout on five pitches of Falcons power hitter and Texas A&M signee Jace LaViolette, a probable early pick in this summer’s Major League Baseball draft, that will leave an impression.

“We have a bunch of guys that compete,” Vossos said. “They come out here, work their (butt) off in practice. Everyone wants that big moment.” 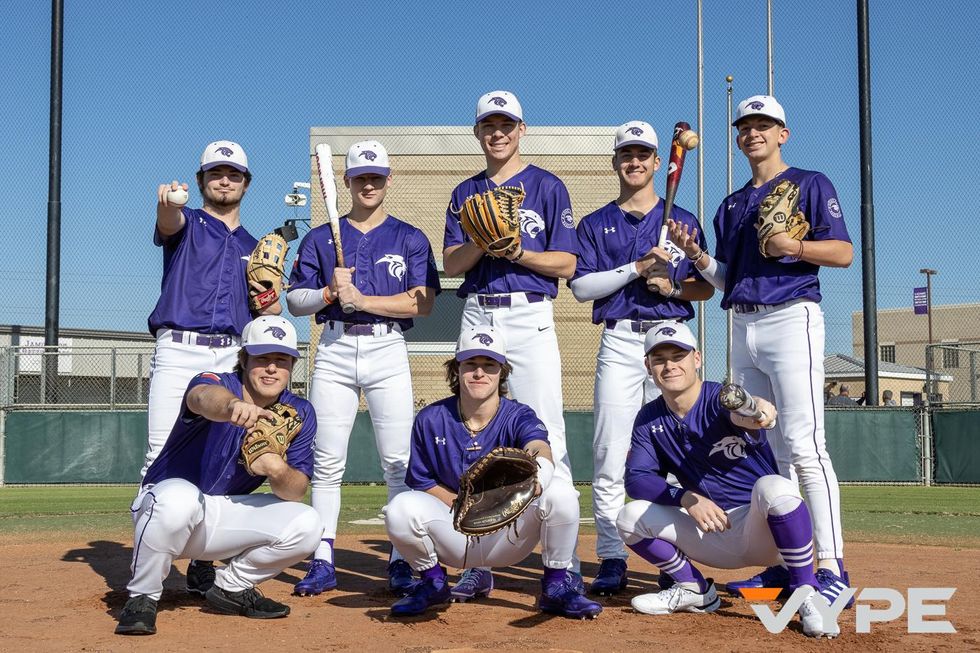 Welch said there are similarities between this year’s Panthers and those 2019 state finalists.

Sky-high confidence. A thickened bond. And self-assurance and trust on the field, at the plate and on the mound.

“We’re going to stick to what we’ve been doing and stay true to ourselves,” Nichols said. “Play baseball the way we know.”