VIDEO: Who are these paintball vandals? Authorities release nighttime video from camera they broke in effort to find them

Seen at 7: Keeping You Safe on the Roadways

FORT BEND ISD AQUATICS: Reaching All Areas of The Community, and At All Ability Levels

WHETHER YOU REALIZE IT OR NOT, IF YOU GREW UP IN FORT BEND, YOU CONTRIBUTED TO THE SUCCESS OF A CITY DREAM SET IN MOTION OVER 60 YEARS AGO. THE SUGAR LAND LIONS CLUB HAD A GOAL OF ENDING THE PREVENTABLE DEATH OF DROWNING BY TEACHING ALL THE CHILDREN OF SUGAR LAND HOW TO SWIM. TO DO THIS, THEY NEEDED A POOL.

In 1967, the vision of the Lions Club to prevent drownings through water safety and swim classes became a reality. Collecting donations from the citizens of Sugar Land, literally going door to door, the Sugar Land Lions Club and Imperial Sugar Company’s Kempner Foundation raised $35,000 needed to construct the 25-meter, 6 lane pool. The goal in 1967 and the goal today remains, at its core, the same.

From that one goal grew thousands of aquatic programs and opportunities in the Fort Bend area. Whether it is the learn to swim class, summer league, USA, Special Olympics, YMCA, Extended Day, or one of our very own high school teams, Fort Bend ISD has invested into the Aquatic Sports World. You will find children learning to swim, athletes training for a State Championship, Water Polo players practicing, and artistic swimming gracing us with the art – Fort Bend has made a commitment to all things “Water”.

Fort Bend ISD is proud to be home of 11 boy and girl Varsity Swim and Dive Teams. Just like the Lions Club, our student athletes range in all abilities and levels, a true sport for all ages and people. To add to FBISD’s participation in aquatic sports, all high schools will welcome boys and girls varsity water polo in the Fall of 2022. 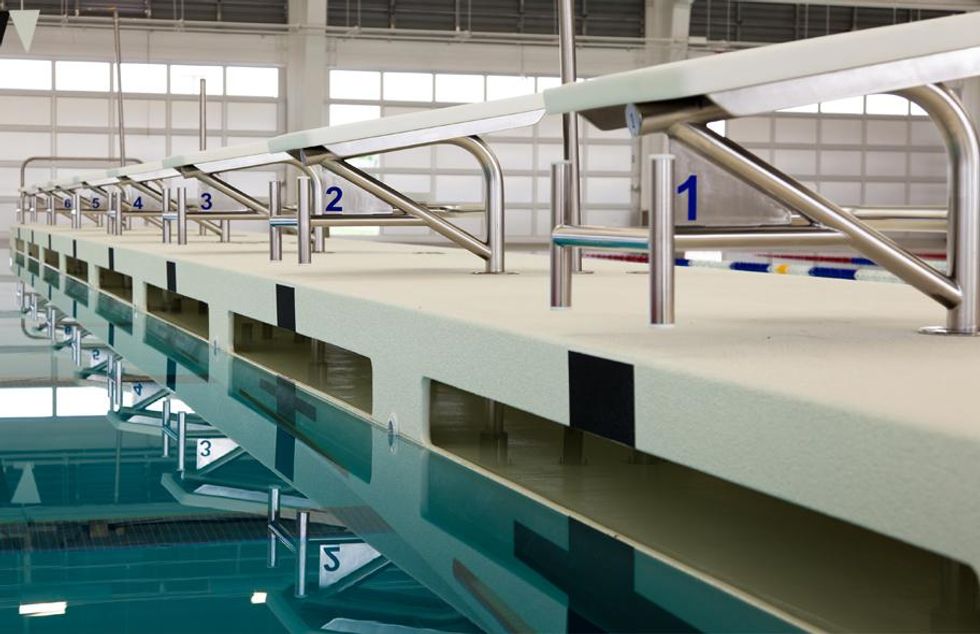 From small teams and start up teams, to State Competitor, and Summer Camps/ Clinics -- our district has it all. Another amazing story Clements Varsity Swim Team has created its own story in the history of Texas Swimming. Clements girls’ varsity has won over 32 district titles, the boys’ team – over 20. Clements has represented Fort Bend ISD at the State Championship meets since the mid 1980s. In 1993, the girl’s team had their best overall finish with a bronze team medal at the State Championship meet in Austin, Texas.

Clements’ sophomore Kayla Fu, feature on the cover, has been making a name for herself in the High School Swimming World for two years now. Medaling as a freshman at the State Meet in 2021, Kayla has been racking up the medals and records for two years, owning records at the District and Region Meets, as well as, three separate natatoriums.

Kayla is following in the footsteps of her older brother Alex Fu, senior at Clements. Alex recently signed with University of Pennsylvania and will be attending there in the Fall. Alex is not alone on the men’s side. Senior Kevin Zhou will be attending Carnegie Mellon, while junior and Logan Brown and Hayden Bellotti have verbally committed to Texas A&M University and University of Virginia, respectively.

From small teams to State winning teams, the expanse of ability that Fort Bend ISD nurtures in the aquatic world started as a simple vision - to teach the children of this area to swim. From that dream sprang aquatic sports of all kinds. Fort Bend ISD facilities offer high school swimming, diving and water polo. Our district also hosts summer programs, learn to swim, USA Swimming, Water Polo, and Artistic Swimming.

Fort Bend ISD is home to two Olympic size facilities. The Don Cook Natatorium was named in honor of Donald Cook and his life – commitment to volunteering his time and energy to benefit young people. He served on the Fort Bend Independent School District Board of Trustees from 1985 to 1991. Besides a strong commitment to the importance of an excellent education for all students, he was an avid swimmer and always felt an indoor pool would be an asset to the students of Fort Bend. His vision produced the first indoor 50 Meter pool in the Houston area. Opened in October of 1998, it is a 39,000 square foot indoor facility with a 50 meters x 25 yards 880,000 gallon pool, which is 6’7” shallow. It can be configured for either long course meters or short course yards in either a sideto-side or end-to-bulkhead combination. The diving end is 13.5 feet deep and has three one-meter maxiflex boards. There is also a separate instructional pool with three 25-yard lanes that holds 44,000 gallons and is 3’6” shallow. There is seating for 880, and nearly 10,000 square feet of available deck space.

The Aquatic Practice Facility opened in May of 2011 with much anticipation, it is a totally unique design in the Houston area. An indoor pool without any forced mechanical air. This “Shade-and-a-Breeze” technology proved to be a significant costs savings over traditional indoor pools while providing more than adequate facilities for lessons, meets, and events.

Aquatics has had a long history in our communities and school district. We have dedicated ourselves to teaching our young to swim, introducing them to the world of competition aquatic sports, and to State Champions, investment in aquatics has had far reaching implications.