CYPRESS—Shadow Creek broke open a competitive game at halftime with a dominant third quarter to rout Bellaire, 73-42, in their Region III-6A semifinal Friday night at the Berry Center.

The Sharks (29-3) are one win away from their first ever state tournament appearance. Shadow Creek plays Atascocita in the regional final Saturday at 2 p.m. at the Berry Center.

“This is a great moment for our seniors,” coach David President said. “We’ve got to come out and do it again. The job is not over, so focus has got to be at an all-time high.”

The usual suspects helped lead the way the Sharks. Senior forward Shawn Jones had 18 points, 14 rebounds, three steals, and two blocks and was strong from the opening tip. Senior guard Camron Amboree had all of his 14 points in the second half, including eight in the crucial third quarter when Shadow Creek outscored Bellaire, 23-12.

“Tuesday against Dickinson, we came out flat (after halftime),” President said. “So that was a point of emphasis going into the third tonight. Make sure we were focused and locked in and extend leads. I’m proud of that effort.” 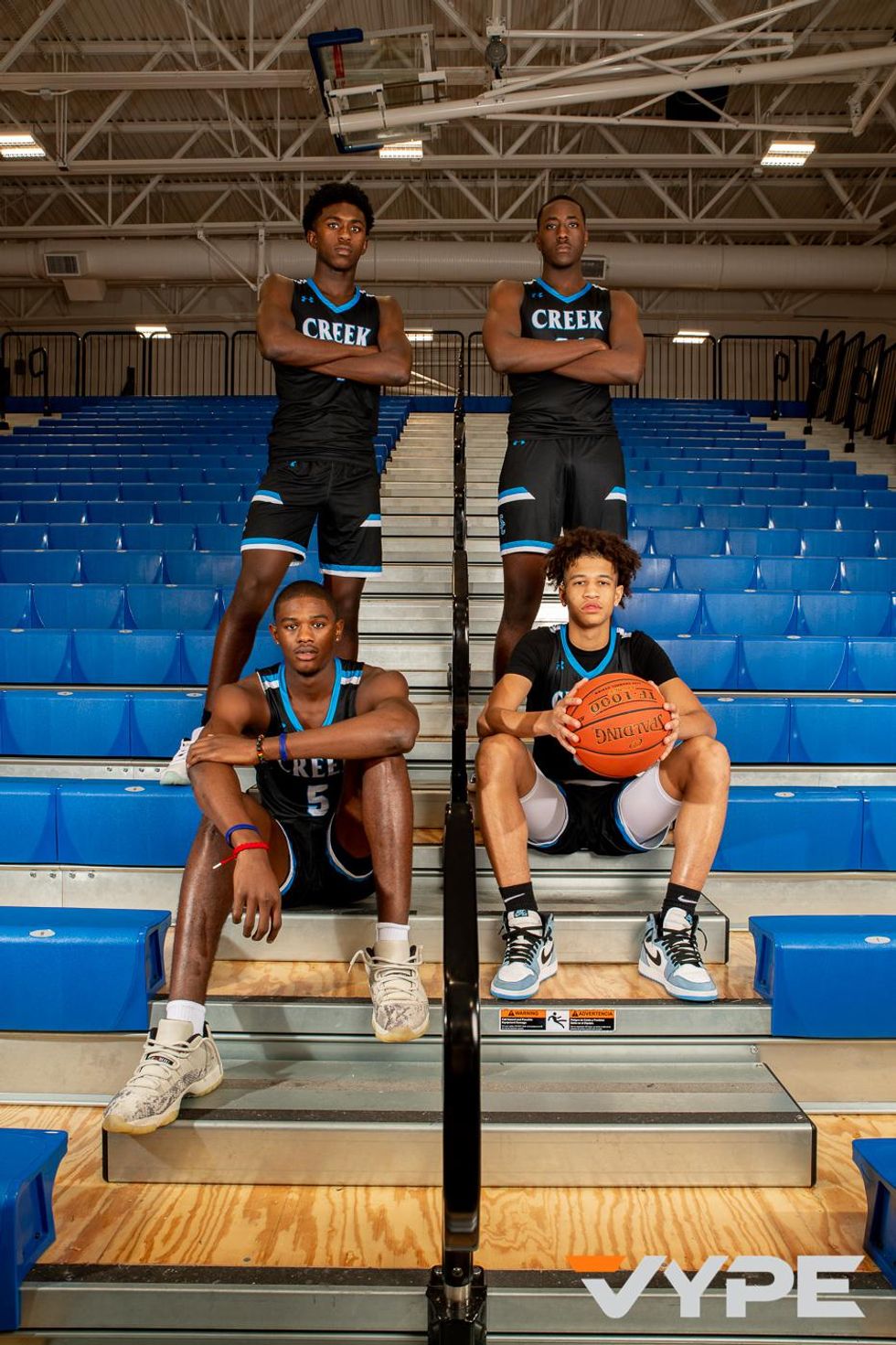 The reserves were a boon in an impressive showing for the Sharks, who got 29 points off the bench.

Igniting things was freshman wing Bryce Jackson, who had 18 points on 4-for-6 3-point shooting and helped contain Bellaire star Jacolb Cole (16 points on 15 field goal attempts) with his length and athleticism.

Jackson had 10 of his points in the first half, including eight in the second quarter to help give Shadow Creek separation for a 29-22 halftime lead.

“He’s not afraid of the moment,” President said. “He’s a kid who’s always locked in to what his job is. Tonight, he played big. He made some big shots early, saw the ball go in, and it just gave him a lot of confidence.”

“It makes us different, because it means I can go do the dirty work, the little things,” Jones said of the bench play. “Guys stepped up and did their thing, and I was able to take care of everything else.”

ATASCOCITA 61, CLEMENTS 54: Free throws were the name of the game in the other Region III-6A semifinal between Atascocita and Clements on Friday at the Berry Center.

The two teams combined to make 49 free throws and attempt 62, but the Eagles were the ones to make them count when it mattered. Atascocita made 20 of 26 in the fourth quarter to pull out a 61-54 win.

The 33-6 Eagles are one win away from a return to state.

“I didn’t think we played our style of defense in the first half,” Atascocita coach David Martinez said. “They actually played harder than we did. I knew it was going to be competitive and we knew they were going to fight to the end.”

But the second half was a different story for Atascocita. The Eagles forced 10 turnovers and became the aggressor.

Defensively, they amped up the pressure and got Clements out of sorts. It helped that the Rangers’ star sophomore guard, Diving Ugochukwu, fouled out 31 seconds into the fourth quarter after missing chunks of the second and third quarters in foul trouble.

“We played as a team,” Eagles senior guard Angel Johnson said. “We moved the ball around, played together. We were tough. We communicated better and rebounded the ball a lot better.”

Johnson helped put away Clements in the fourth quarter, making 10 of 14 free throws. He scored a team-high 17 points, all coming on free throws.

“We work them in practice every day,” Johnson said. “We focus in practice, so it’s easy to make them in the game.”

Atascocita is seeking its third trip to state since 2016.