Celebratory Gunfire: How a neighborhood has been forever changed after Fourth of July tragedy

Firecracker hot this 4th of July

Mason High School is home to two sets of teams. The boys programs are called the Punchers and the girls squads are named the Cowgirls. One of its athletes, five-sport female Tristin Keller, has found a way to be a part of both groups.

"I love to compete," said Keller. "I have played nine different sports growing up: gymnastics, soccer, baseball, softball, football, tennis, track, cross country and basketball. When I entered high school, I wanted to continue to compete in as many sports as I could." 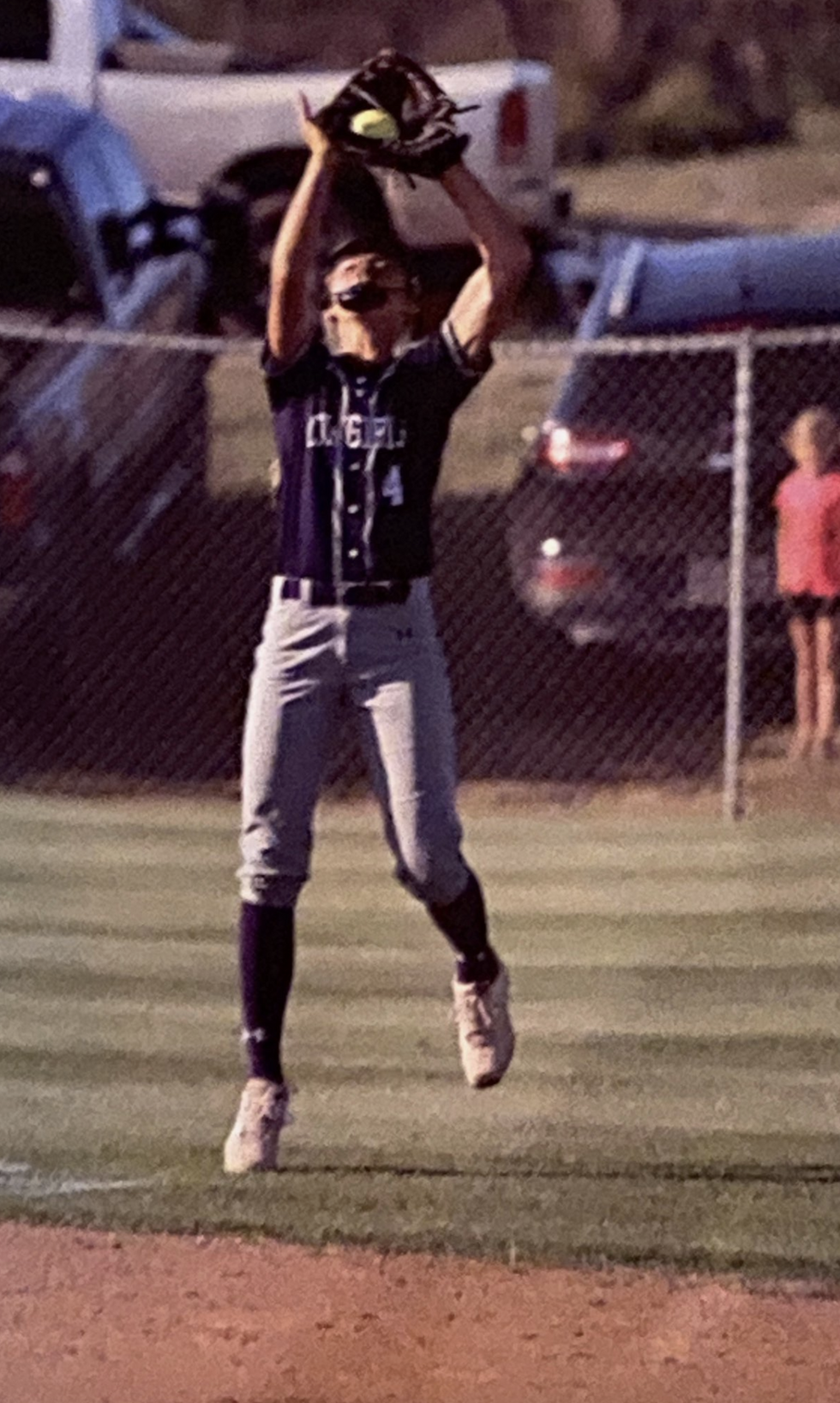 Keller ultimately condensed her athletic involvement to basketball, football, softball, tennis and track. At first glance, two things immediately stand out: the five sports she still plays and being a female member of the football program. But, both are results of her sports-crazed family.

"I [have] followed my parents and older brother to football games since I was two months old," said Keller. "JV games on Thursday nights, varsity on Friday nights and youth games on Saturdays. [And] my entire family is part of the Mason Puncher football program: my brother, Tyson Keller, is a 2018 UIL 2A Division I state champ, my dad, John Keller, is an assistant coach, and my mom, Sherry Keller, is a cheer coach."

"I was a competitive gymnast, but I told my mom I was going to quit so I could play football," she continued. "Just following in the footsteps of my brother I guess. As a kid, I played football with the boys on the elementary playground, so it was natural to sign up, [while] not realizing 'girls don't play'. My first season was in third grade, so this will be my ninth season to play."

Both of Tristin's parents continue to be involved in her athletic and academic career. Sherry has coached her in baseball and basketball and John influenced her football and track success. In school, they've served as her math and history teachers.

"Sports and school are very much a family affair in our household," said Tristin. "We get frustrated with each other at times, as I'm sure all teenagers do. Yet, I have a valuable resource with my parents' knowledge and experience, not only in sports, but the classroom [as well]." 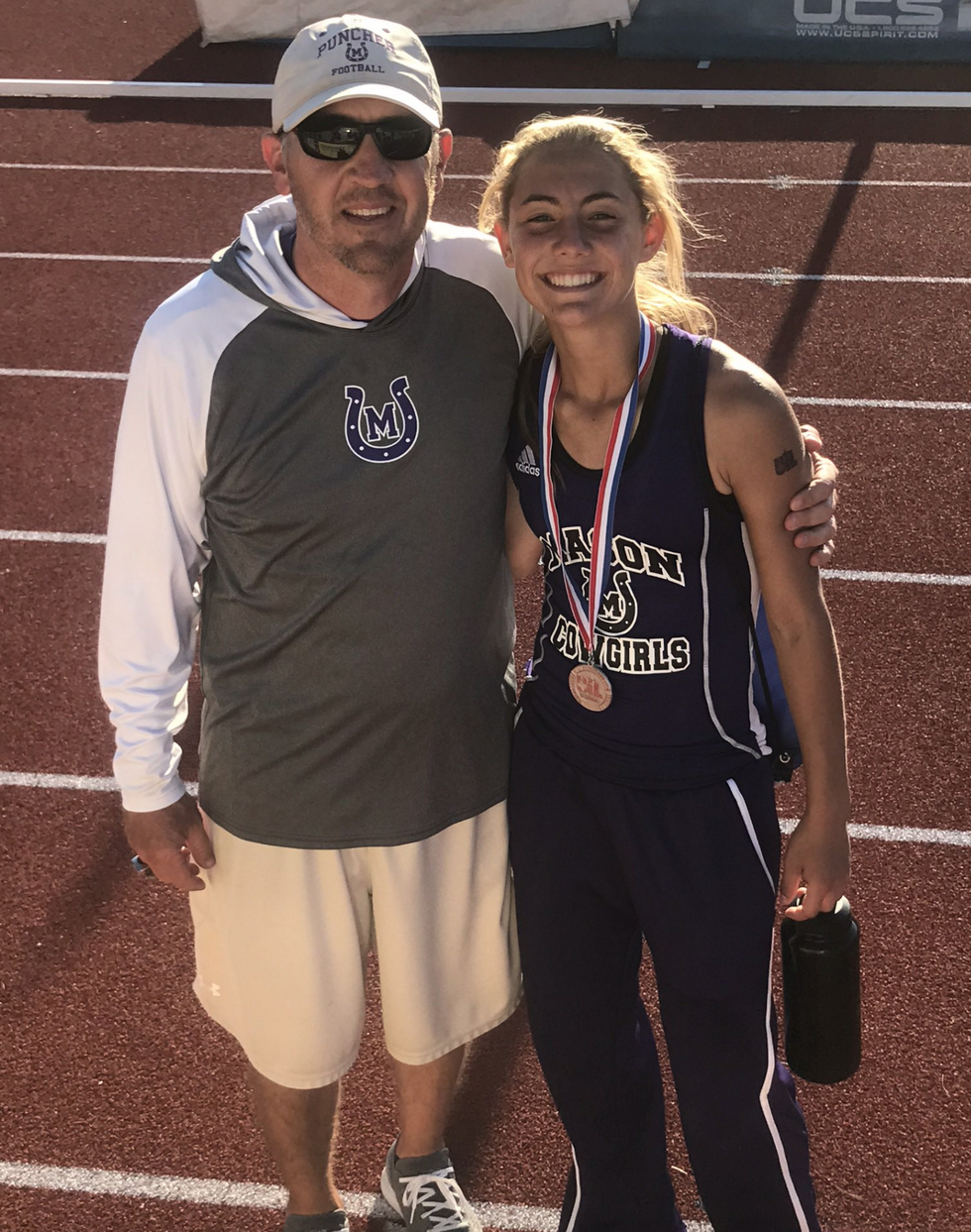 As much as they're active in their children's lives, John and Sherry go out of their way to separate their work and home lives.

"On the field, I am just another player and he is just my coach," Tristin said of her father. "At times, it feels like he holds me to a higher standard than the other players, but I'm sure that is the case for most coach's kids. At home, he never talks with me about sports, unless I bring it up first. In that environment, he is much more patient in explaining things to me and listening to my point of view."

Tristin understands the unique position that she's in and embraces everything about football. That includes the bond that players share.

"It's special for me because I'm a girl, so I have to go the extra mile to earn a position and respect," said Tristin. "The camaraderie with the boys is different than the girls, as well as the intensity from the coaching staff and my teammates." 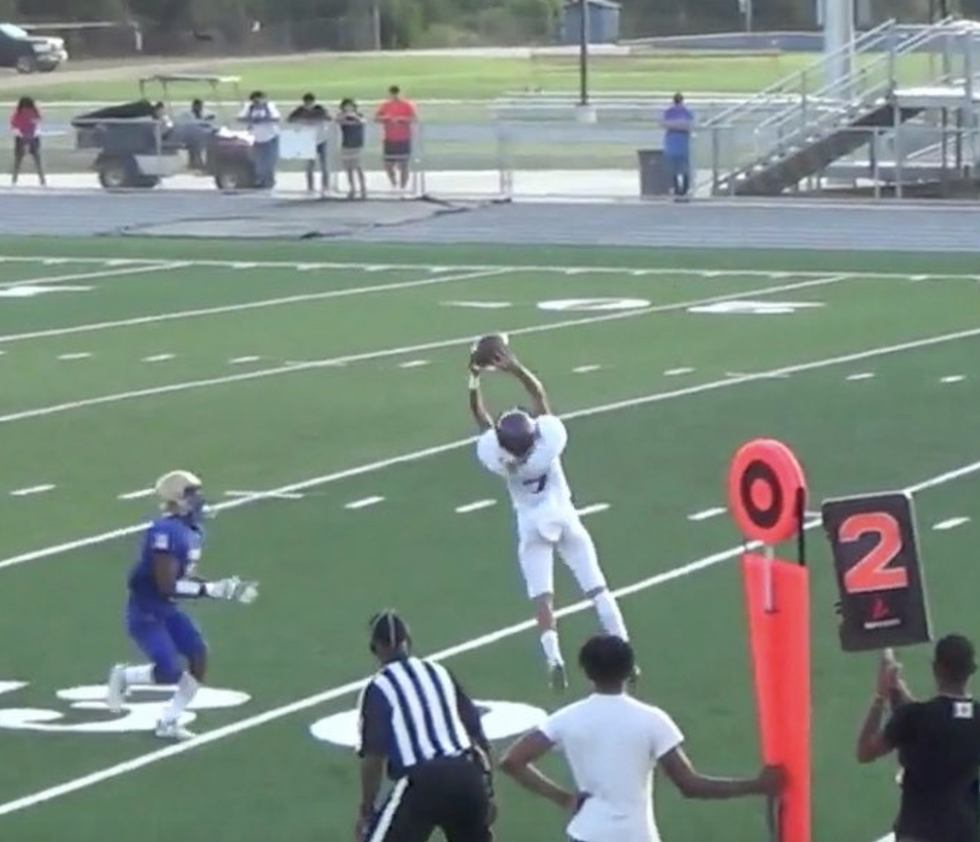 Another thing that Tristin doesn't take for granted is the opportunity to play home games at the iconic Texas high school football venue known officially as R. Clinton Schulze Stadium and by its more common moniker, PuncherDome.

"Traditions run deep in Mason [and] one is playing on a renovated horse track," she said. "The overwhelming town support in the PuncherDome is unique and intensifies the environment. With the covered home section, the band and fans echo and make it louder than other stadiums. There is a lot of value in the stadium without throwing billions of dollars into it."

While Tristin keeps pushing for a full-time roster spot on Mason's varsity football team, she knows there's more of a future in a different sport.

"Who wouldn't want to be the first female NFL player," she said. "But, that's not in the cards for me. Basketball is what I plan to do in college because it is my favorite and that is the sport I feel I can be the most successful. If I get the chance to go to the WNBA, I'm in."

"I have been playing basketball since first grade," she said. "The offers have been extremely humbling. I never expected to get offers after my sophomore season. I am excited that my dream of playing college basketball is coming true." 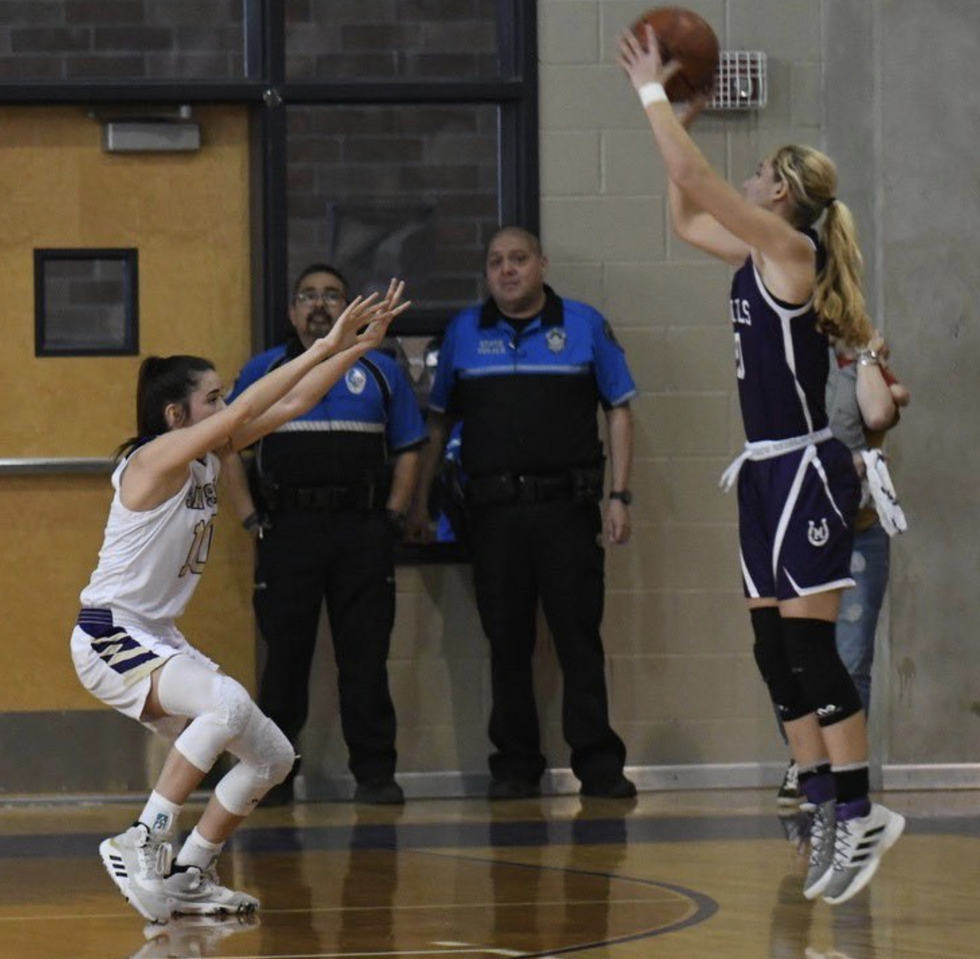 The 2022 recruit is still two years away from signing her letter of intent, but wants to impress other college programs with other achievements.

"I hope to graduate as the 2022 Mason High School valedictorian, win a state championship in basketball and team tennis, medal in the pole vault at the state track meet and individual tennis state tournament, and earn a position on the varsity Puncher football team," said Keller. "In shooting for all these, I hope it leads me to a college basketball scholarship." 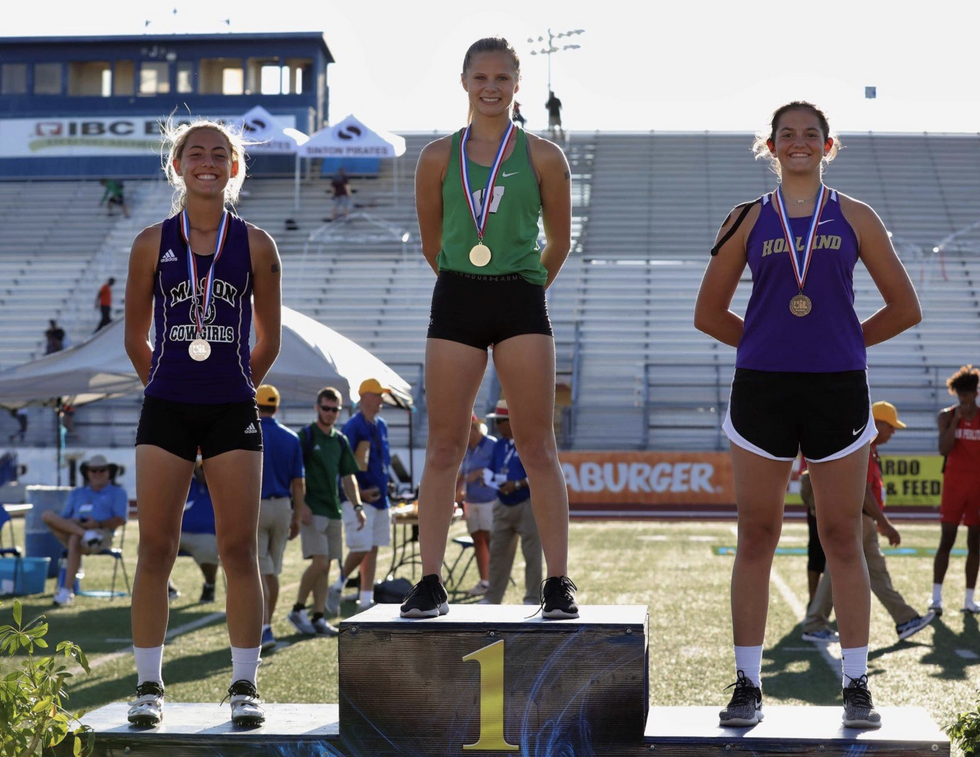