TCU Volleyball Commits Share Unique Bond On & Off The Court

Most high school teammates don't have the relationship that San Antonio Brandeis volleyball players Jalyn Gibson and Carlee Pharris have. Usually, there's a bond between athletes at that level, but it's rare to find allegiances as meaningful as the one that unites the 2022 TCU volleyball commits.

"I would do anything for Jalyn and only want what's best for her," said Pharris. "I think that feeling is reciprocated."

That comes from many years of being friends and teammates. They've played club for Alamo Volleyball since they were 11 years old, became high school teammates when Pharris transferred from San Antonio Reagan after the 2018 season and trained with Carlos Gonzalez to get ready for their college careers.

"Carlee and I met at tryouts and we knew of each other from camps and stuff," said Gibson. "But, there was an automatic click between us and we just bonded so well." 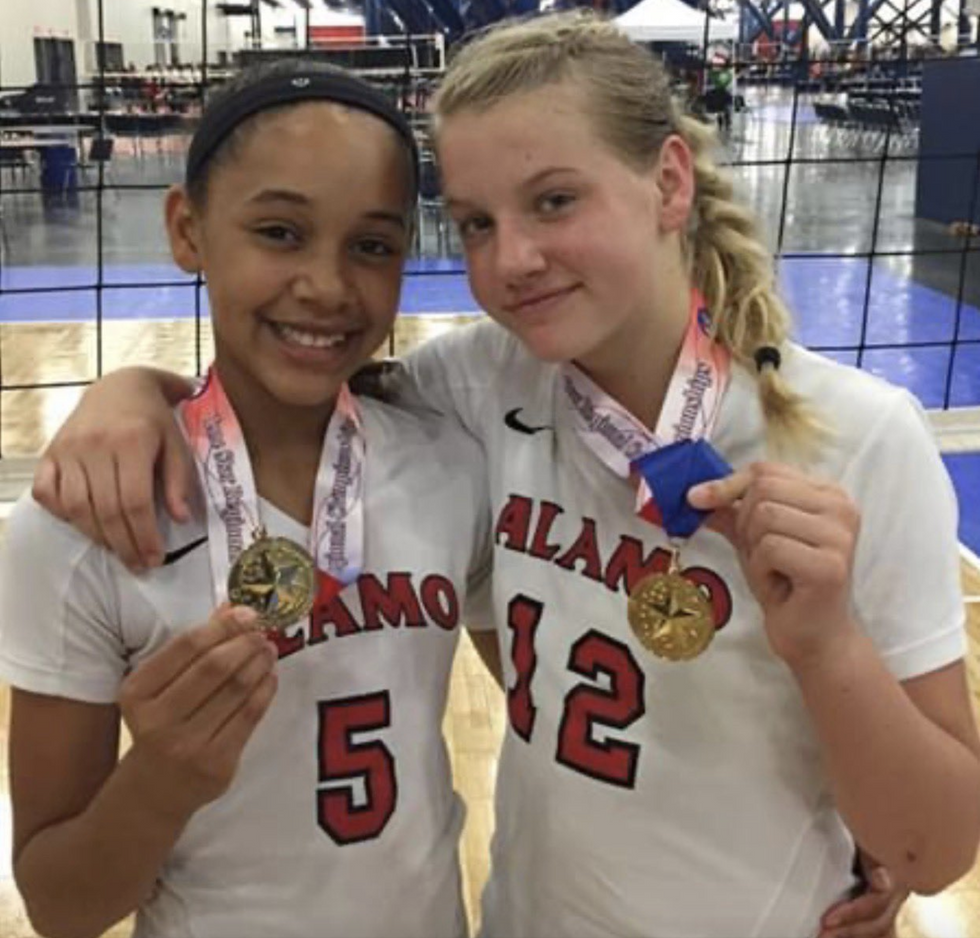 That type of experience has allowed the players to develop incredible chemistry on the court and learn the ins and outs of how they both play the sport. They also keep finding reasons to play side by side.

"I'm in love with Carlee's game," said Gibson. "She brings so much fire and positivity to the court and she will always put a smile on your face. I'm so very blessed to be able to play with such an uplifting person."

"As far as how I feel about it, having my best friend as a teammate is crazy fun," said Pharris. "We can goof around, but also know when to get competitive and serious and I love that about us. We hold each other accountable, but also praise one another when things are going well."

When it came to committing to a college program, the shared respect for each other, along with a good fit with the coaching staff and campus, played a major role in coming to the same conclusion.

"I committed to TCU [in the] beginning of April my freshman year," said Pharris. "I know that may sound crazy early, but people always say, 'when you know, you know' and I knew. [TCU head coach] Jill Kramer always cared about how I am personally and beyond the game. I fell in love with the culture and just about everything else at TCU. I think that set it apart from all the other schools I was being recruited by."

"Jalyn and I always dreamt of playing collegiate volleyball together, but we weren't sure just about how realistic that dream was until it happened," she continued. "Jay committed two weeks after me and it felt like a complete dream. I'm so excited to move to the next competitive level with her by my side."

Gibson feels similarly about what the school in Fort Worth offers, so continuing her volleyball partnership with Pharris was also the right decision for her.

"My personal choice on committing [to] TCU was a very easy decision," said Gibson. "Coach Jill [Kramer] was so involved, not only in your volleyball career, but also in your personal life. I love the girls that I'll be playing with in the future and the campus just felt like home to me. Carlee and I had always dreamed of playing together in college, but we never thought it would actually happen, and being able to play with my best friend is a dream come true."

Before they pack their bags and drive to Cowtown, they're focused on topping San Antonio Brandeis' 35-win season and early playoff appearance from a year ago.

"Fingers crossed for a season this year," Pharris said in regards to COVID-19 possibly affecting the 2020 schedule. "I think Brandeis volleyball is cooking up something very special." 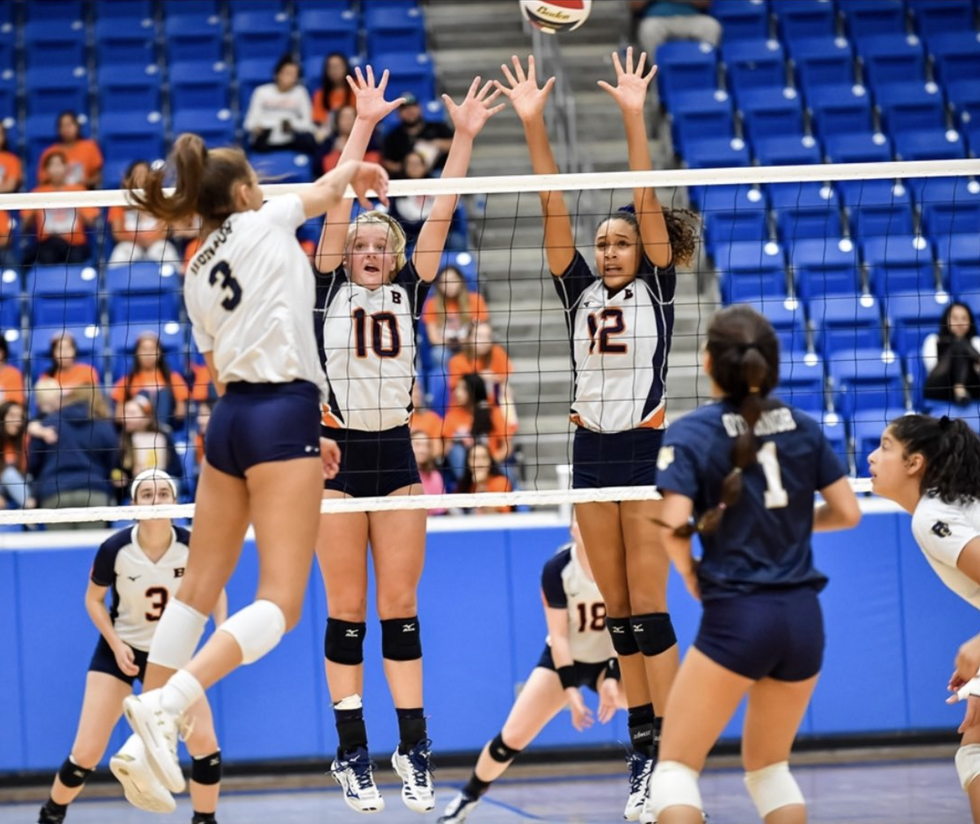 Volleyball may have brought Gibson and Pharris together and put them on the map, but they also value all the time they've spent together away from the sport.

"We hangout daily," said Pharris. "We love spending most of our time swimming, going to the lake and finding other crazy things to do."

"Our relationship off the court [is] like two super close sisters," said Gibson. "I see Carlee as my sister and best friend all in one."