JOHNSON: On the Brink of a Big Decision

As Houston Christian’s star combo-guard Loghan Johnson prepares to make her college choice next week, the senior reflects on her basketball journey dating back over a decade.

“I really started with tennis and soccer as a little kid,” she laughed. “Tennis really developed my hand-eye coordination and soccer helped me with my footwork at an early age. Then my parents signed me up for Katy Youth Basketball and that was it.”

She dominated the league and just like that, tennis and soccer took a backseat to the hardwood.

“My brother, Nick Osborne, played for Cinco Ranch, so I was always hanging around the gym,” she said. “I had some God-given talent and I just dedicated all my time to basketball. I loved the team-aspect of the sport and wanted basketball to be my future.”

So, Johnson went to work. 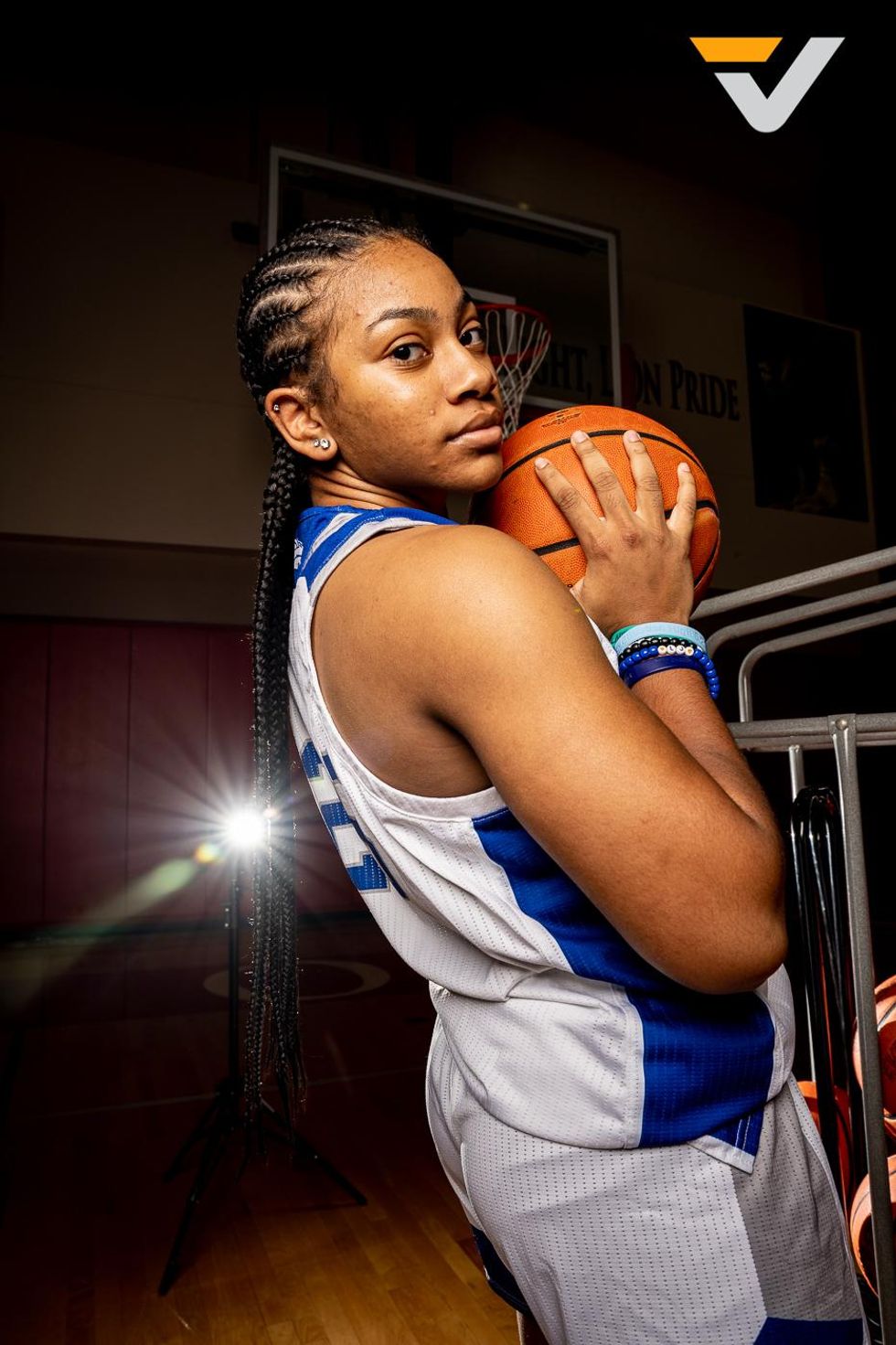 “There was a gym by my house,” she said. “I stayed on these cone drills to get my handles right. I could score, I had a feel for the game at an early age and just started demolishing people. I started getting a lot of notice.”

Johnson entered Tompkins High School, where she played for two years, before transferring to Houston Christian. In her first season, she helped lead the Mustangs to a 33-0 record and an SPC Title last year. In the title game, she scored 28 points to lead the team.

“It was a great move for me,” she said. “Houston Christian grew me as a student-athlete… really the student part. I was just provided so much support in the classroom. Here, the classes are smaller and there is more one-on-one instruction from the teachers.”

As she was getting the support in the classroom, Johnson was exploding on the showcase circuit with Cy-Fair Elite.

“I can’t measure the impact that Cy-Fair Elite had on my game,” she said. “They have been a huge part of my journey. They put me on a stage and taught me how to compete. Coach Earl Allen and the team really care about you and put you on the right platform.”

She helped lead Elite to a Nike National Championship this summer, which was featured on ESPNU.

Now, Johnson has a decision to make. Signing Day is rapidly approaching, and Johnson is down to Texas Tech, Alabama, Texas A&M and Vanderbilt.

“Texas Tech has been recruiting me the longest,” she said. “The campus and facilities are top-notch. When people think about Lubbock, Texas, they don’t thing much. But it’s the people who make it such a cool place.”

She is also drawn to Vanderbilt, coached by Shea Ralph – a UCONN descendent.

“Coach Ralph has been to all the places I want to go. She was a great player and won NCAA Titles. She has coached at the highest level could develop me into a high-level player.”

Texas A&M welcomes new coach Joni Taylor from Georgia, who has also made an impression on the versatile guard.

“Texas A&M has done some great things in the past and is in great hands with Coach Taylor. She’s a wonderful person and comes with high praise.”

Also in the SEC West is Alabama – coached be Kristy Curry. Her husband Kelly is her assistant.

“Everyone thinks about football when you mention Alabama,” she said. “But the basketball team is on the rise. I love the staff, which has produced several WNBA players. They have their culture down pat.”

Johnson admits that she is excited to make her college decision – to lift a heavy weight from her shoulders and get back to basketball at Houston Christian.

“I’m really looking forward to playing freely and relaxed,” she said. “I’m not chasing scholarships and have nothing to prove. It’s going to take my game to another level and I hope it results in another ring.”