Roofing company offers free tarp services ahead of next rain; Families continue to clean up after storm earlier this week

With Dad alongside, Ridge Point’s Canetti enjoying ride to state

Most Tuesday and Friday evenings, and many Saturdays, over the last five months, Chris Canetti turns in his splendid suit and tie for a gray Ridge Point soccer shirt and purple Panthers cap.

The former Major League Soccer executive, who led the Houston Dynamo to two MLS Cup titles and is now tasked with spearheading Houston’s bid to host the 2026 FIFA World Cup, has never felt the same rush, adrenaline, emotion and achievement as he does watching his daughter Kara compete for Ridge Point’s dominant state-bound soccer team.

Kara Canetti, a junior, has played a considerable role helping the undefeated Panthers make it to the state tournament for the first time. Ridge Point (26-0-0) plays Rockwall in the Class 6A state semifinal at 9:30 a.m. Friday at Birkelbach Field in Georgetown.

“There’s nothing that compares to watching your own child perform in an athletic event on a big stage,” Chris said. “I’ve been in professional sports for 28 years, been to seven finals. This is as special as any of those moments at the pro level. Obviously when it’s your own daughter, it’s got a lot more meaning to it. Just like for every parent on the team, it’s been a joyous ride and so fun to watch these girls grow and develop.”

For Kara, it’s even more special with her “No. 1 fan” there every step of the way. 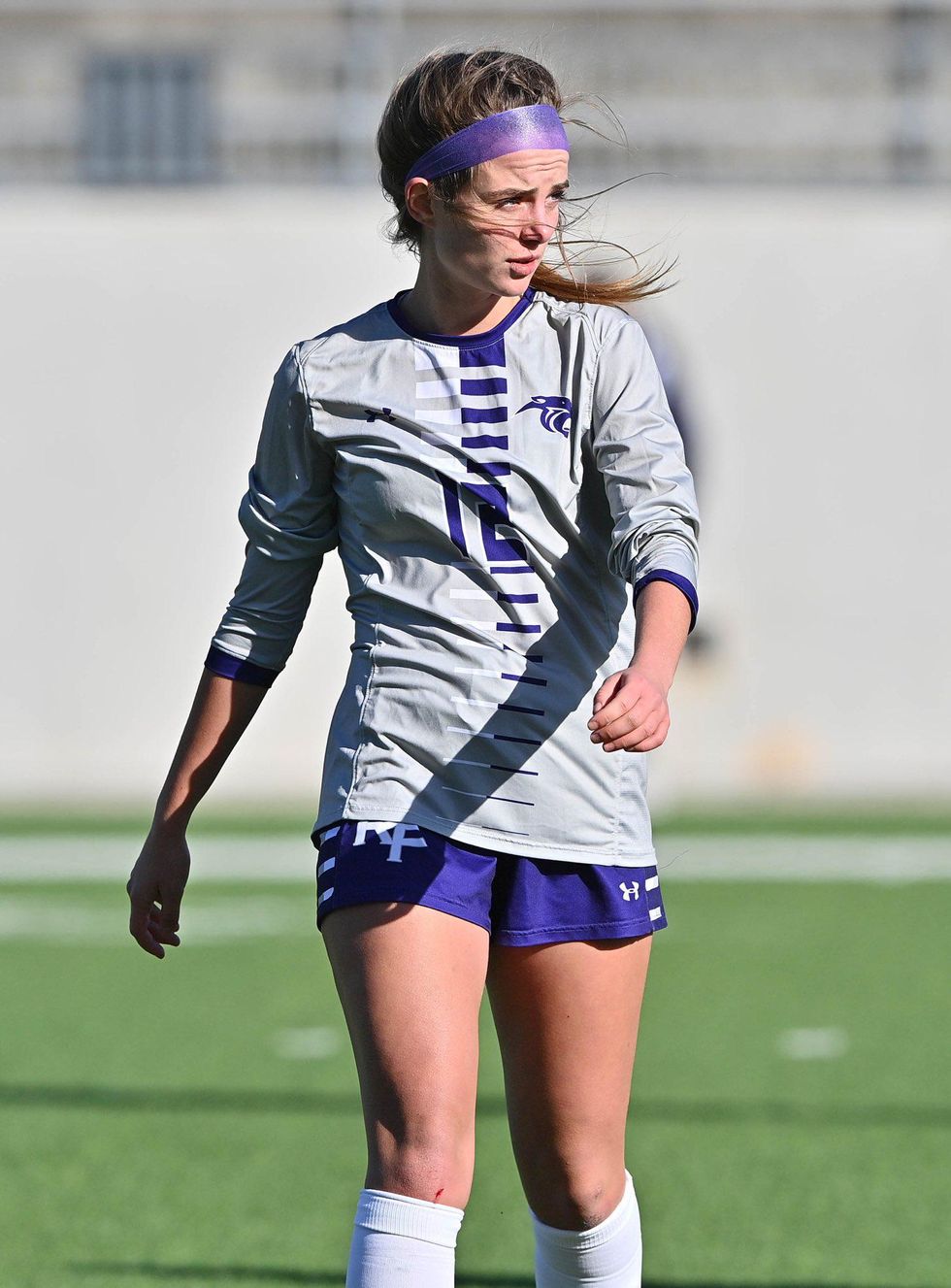 This season has been a breakout campaign for Kara.

Last year, she played center back. This year, she’s playing the “No. 6” spot, or holding midfielder, possessing the ball more and playing up in the attack more frequently.

“It’s definitely been an adjustment for me, never playing that position before, so I’ve learned a lot,” Kara said. “Learning how to scan the whole field and be aware of my surroundings, possessing and holding the ball to make crucial passes. It’s definitely where I’ve grown the most.”

Kara grew up around soccer. Chris took a job with the New York/New Jersey MetroStars (now the New York Red Bulls) of the MLS in 2000. Six years later, he joined the start-up Dynamo as chief operating officer and was promoted to president in 2010.

“Him having the soccer background he has and me growing up around professional sports have really shaped me into the player I am today,” Kara said. “Watching professionals play almost every weekend when I was growing up has really helped my soccer IQ. It helped me know how a team is successful year in and year out. Knowing the game has helped me be the best teammate I can be and be as coachable as I can be.”

Because of her father’s status in MLS, Kara naturally gravitated toward soccer. There were many days when she’d play a youth soccer game and then quickly head off to a Dynamo game at then-BBVA Stadium (now PNC Stadium) with Chris.

Kara attended MLS all-star games. When they didn’t have a youth or Dynamo game, Chris and Kara would find a field and kick the ball around, with Chris simulating high-pressure situations for Kara to practice through.

“If she’s a right back, maybe we’re putting her in a position where she’s trying to take someone on one on one down the flank and cross the ball into the box,” Chris said. “Or if she’s center back, maybe we’re trying to play balls quick to her feet so she can have a good first touch and get it out of danger. Or if she’s midfield and needs to make good, long switches of the ball. We’re always coming up with ways to simulate good action and visualize what she’ll see on the field.”

It wasn’t until recently that Kara decided soccer was something she wanted to seriously pursue.

“Since eighth grade year, I’ve grown to love the sport for myself and make a goal to play collegiately and be the best I can be,” Kara said. “Growing up around professional sports definitely led me here, but I think my passion for myself in the game has really grown.”

Chris is adamant Kara finds her own way because of what she wants, not because of his influence.

“I try not to be too hands-on, but at the end of the day I probably am,” he said. “I try to let her make her own decisions, have her own opinions and feelings. I just try to provide advice, encouragement and experience in a way that she can be her own person and player.” 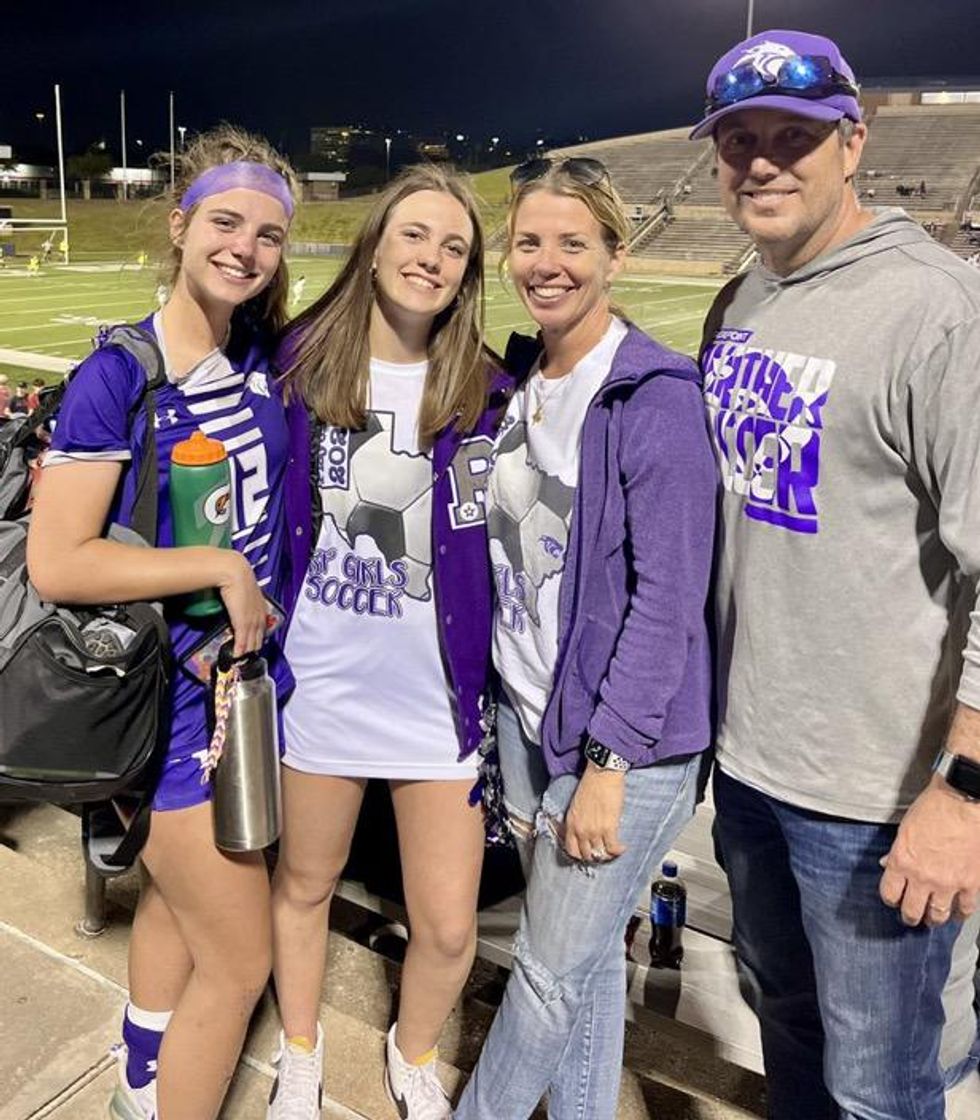 Last season’s abrupt, disappointing ending—Ridge Point was 21-1 prior to its shocking setback to Cy-Fair in the area playoffs—inspired Ridge Point since the offseason last fall.

“We really focused on building the team back up from the ground again,” Kara said. “We came into this season starting with the basics, like team bonding and getting everyone on the same page. A lot of chalkboard talks and figuring out our goals for the season and how we were going to achieve them.”

Chris said it has been rewarding to watch this season, especially because it’s a group that has spent so much time on the field together. Kara has played with fellow juniors Molly Thompson, Zoe Main, Charlotte Richardson, Julia McDonald, Taylor Vinson and Morgan Vinson since they were children.

Chris has photos of them competing together as “little ones.”

“This has been a real happy time,” Chris said. “These girls had a very tough ending to a season last year where they were highly-ranked and a super-talented group. (Coach Evelyn) Torres did a real nice job allowing this team to own it. They saw what went wrong and why they didn’t achieve their goals. They took immediate action to apply those learnings into this season, where the purpose was all designed to win a state championship. As a parent, adult, and fan, it was very cool to see that take shape.”

Superstitious like her father, Kara is ready for Friday. She’ll go through her “20-set” pregame routine. Putting her left sock on first, then her right. Putting her right cleat on next, then her left. Always making sure there are two braids in her hair.

And then she and the Panthers will go out and compete to make more history.

“I’m really excited and a little bit nervous, but nerves are a good thing. It means you care,” Kara said. “This is something I really do care about. Ever since my freshman year, for me, it’s been a goal to make it to state. We want to go all the way. It’s been an amazing ride and I really don’t want it to end.”