Though Katy junior Seth Davis is a different type of running back than previous Tiger legends like Deondrick Glass, Rodney Anderson, Adam Taylor, Kyle Porter and Aundre Dean, he is leaving his mark as the next great ballcarrier to wear the red and white.

Davis, ranked as a three-star recruit in the Class of 2023, has been a hot commodity on the recruiting trail since a breakout sophomore season two years ago, drawing 17 offers from schools like Florida, Kansas, Ole Miss, and California. But on March 21, the versatile back verbally committed to play for Duke.

“When I went up there last weekend, I was treated so well,” Davis said. “The coaches wanted me. They told me how they were going to use me. I actually have family up there. It’s a great education. I was basically on board the whole time. They impressed me so much.”

Gainwell, a diminutive, elusive, crafty back like Davis, played 16 games last year after being drafted in the fifth round of the NFL Draft, scoring five rushing touchdowns and one receiving touchdown.

Davis may not have the size and physicality of most backs, but his speed, vision, quickness, and knack for the end zone is ideal for Johns’ offense at Duke. Davis said Duke has plans for him to get touches carrying the ball or motioning to the perimeter out of the backfield and exploiting one-on-one matchups.

At Katy, Davis averages 9.6 yards per carry. He averages one touchdown every nine carries. He has even completed both of his passing attempts for touchdowns. 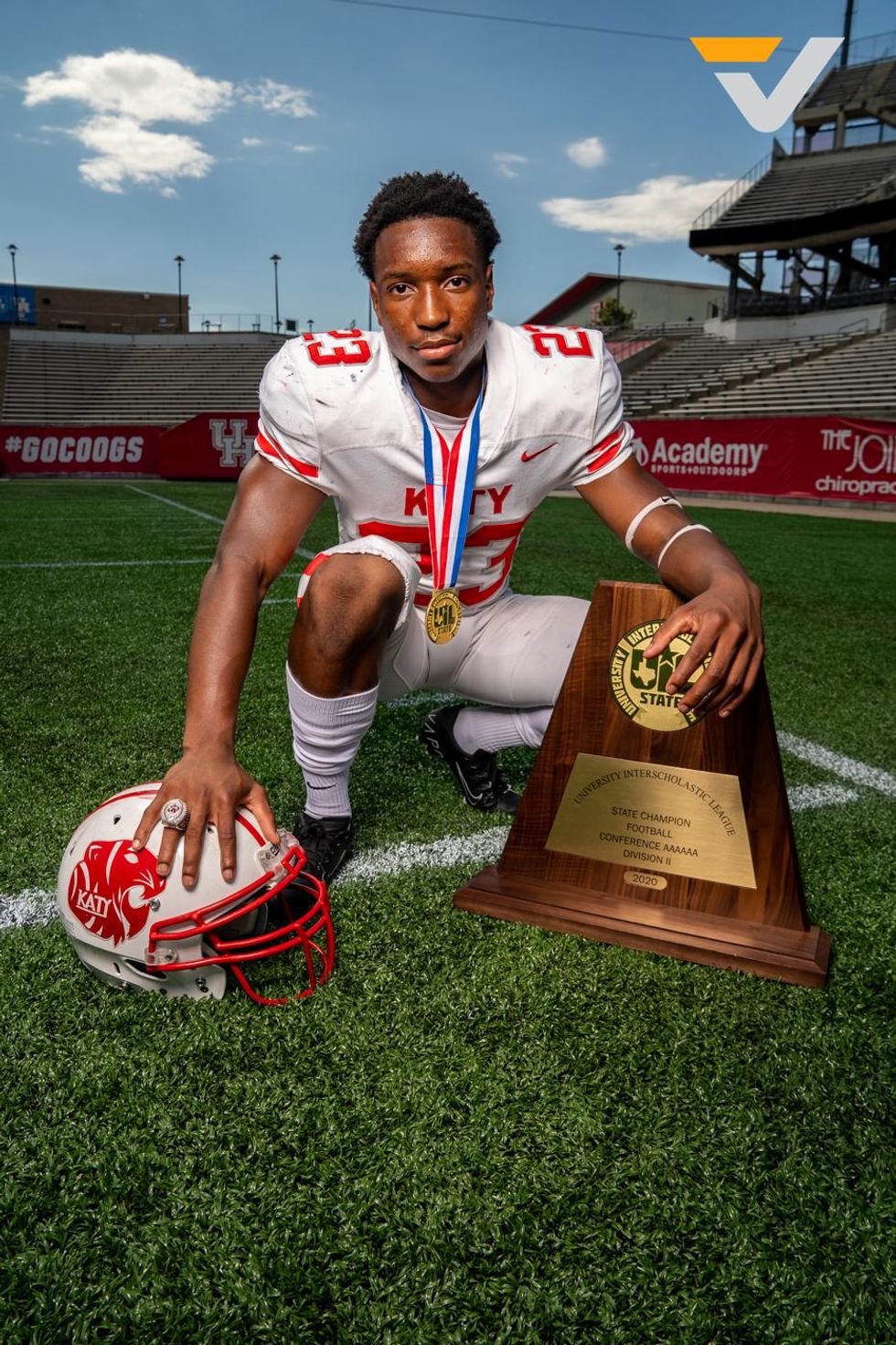 With one more year to write the final chapter of what has already been a storybook high school career, Davis assures he has more in his bag. He’s hungry to leave a legacy at Katy.

Davis has joined those Tiger greats as a Power-Five NCAA Division I prospect.

“It’s one of the reasons I came to Katy,” Davis said. “They (running backs) get the ball, and they know their job is to score. That’s all I want to do, too. Coming here has been a blessing, and I’m hoping I can finish as one of the great running backs, too. Katy is one of the best programs in the country. It’s a lot of great responsibility to be a leader here. I want to do my part.”

VYPE: How would you describe the recruiting process?

DAVIS: It was one of the best things of my life. I’m extremely blessed to be able to go through it. All the different coaches coming and talking to you was cool. It’s everything you dreamed of as a kid. Picking a school was stressful, but it was a good thing.

VYPE: How did winning a state championship your sophomore year and being named Offensive MVP of the state title game change things for you?

DAVIS: It motivated me to work harder. It definitely affected my exposure. Right after we won, the TCU head coach actually texted me through Twitter, congratulating me. I know all the other colleges started watching. It really changed things for me.

VYPE: How did you get better as a player last year, especially with defenses knowing who you were and game-planning to stop you every game?

DAVIS: I had to work harder. People knew who I was. But I was more comfortable. I was more of a leader. I knew more of the plays and where to hit the holes.

VYPE: What are you working on this offseason to get better for your senior year?

DAVIS: Get stronger and faster. Have better vision, too. I’m working hard to increase my strength in my arms and legs, so I’m going to show I can break more tackles. I want to win another state championship, become an even better leader. I want to rush for 2,800 yards.