Someone in Houston won a $2 million Powerball prize last night: See where lucky ticket was purchased

Welcome to the 2022 softball season.

The season got started this week with non-district games beginning across the city. VYPE has previewed 22 public school teams in the city. These squads are considered the sleepers in the city. The ones that people could be sleeping on at season's start.

The team motto for 2022 for Pearland is “Tradition”. That is fitting, considering the history of their program and the coach that sits at the end of the dugout. Laneigh Clark has been around the game and has just been a winner. Clark enters this season with an overall coaching record of 614-212-3 and in her 24th year leading the Oilers. With seven starters returning, the Oilers should be primed for a playoff run. The group is led by Texas A&M-signee Hailey Golden and UT Arlington-signee Alaina Hampton. Other key returners include Alayna Calvillo (Blinn College), Katelyn Carpenter (Louisiana College), Kristyn Whitlock, Abigail Gutierrez, Darian Deleon, Raenna Liscano and Kennedy Drafton. The keys to success in 2022 include “pitching, team leadership and the ability to score runs” according to Clark.

Fort Bend Travis took over ownership of District 20-6A, knocking off Ridge Point from the top spot. Can the Tigers hold off the Panthers in 2022? Led by Florida-signee Ariel Kowalewski, the reigning District MVP, the Tigers could be in line for that title again. Other key returners for Fort Bend Travis include first-team, all-district picks Kennedy Clark and second-teamer Maddie Morris. Other names to take note of include Kacy Perkins, Elle Smith and Lauryn Garza. Circle the nights where FB Travis and Ridge Point collide because those will most likely determine district supremacy in 2022. Last year marked the first time in the playoffs for the program since 2019 and they made a run to the Regional Quarterfinals. If they can put it together, this could be a historic season.

Langham Creek could be in store for a big year in District 16-6A and beyond. The Lobos finished fourth a year ago and had an early exit in the playoffs, but they have nine starters back from that squad. The group is led by seniors Alli Hughes (St. Thomas) and Miranda Soileau (McMurray University). Hughes was a first-team, all-district pick last year after hitting .357 overall. Other returning first-teamers include Emily Simmons and Kasey Simmons, who both hit over .450 in district play. Second-teamers Lauren Cox, Cassidy Luza and Sydney McReynolds are also back. Five of the nine starters back have two years of varsity experience under their belt, making this a relatively veteran unit. The motto for 19th-year head coach Michele Biffle’s (who has been coaching for 29 years) squad is “It starts with Me and ends with Us”. Now, let’s see if they can make a playoff run!

In a district loaded with talent, there is a chance that Katy Tompkins could make some noise in 2022. The Falcons are looking to get into the playoffs and then make a run after falling to Ridge Point in a three-game series in the bi-district round a year ago. In 2019, the Falcons reached the fourth round, which is the deepest postseason run in program history. Reigning District 19-6A Offensive MVP Morgan Brown is back for the Falcons. First-team, all-district pick Ashley Martinec will return to the circle as well. Other names to take note of include Kennedy Bourque, Blakely Haynie and Tauryn Alexander. 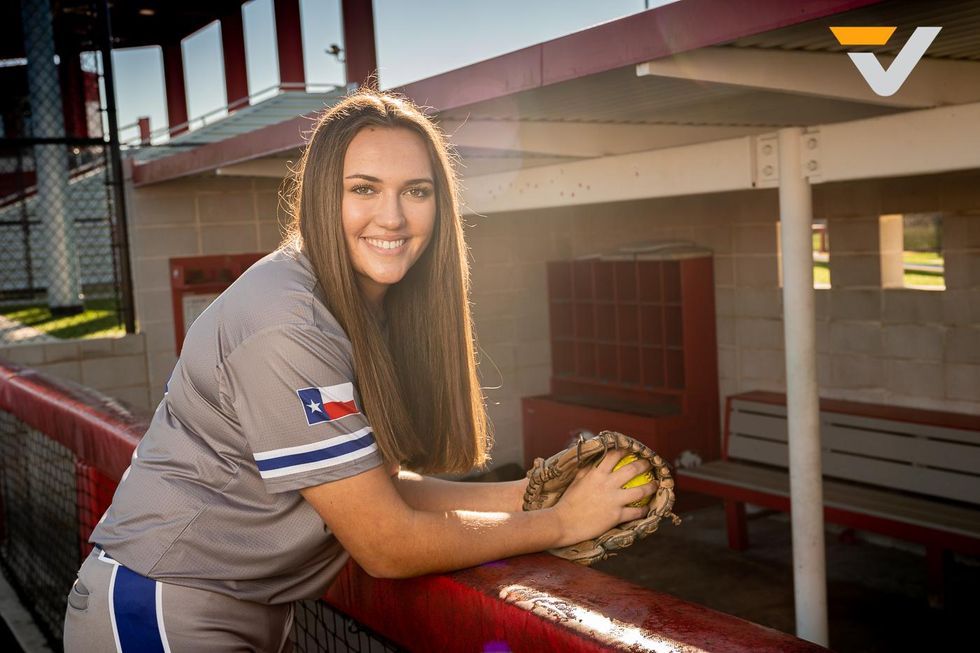 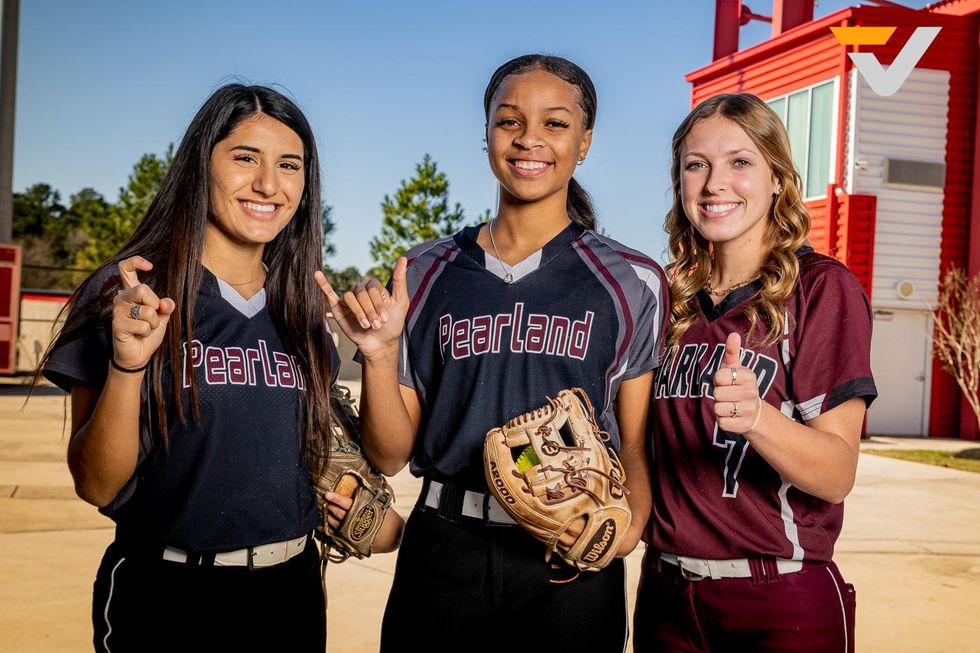 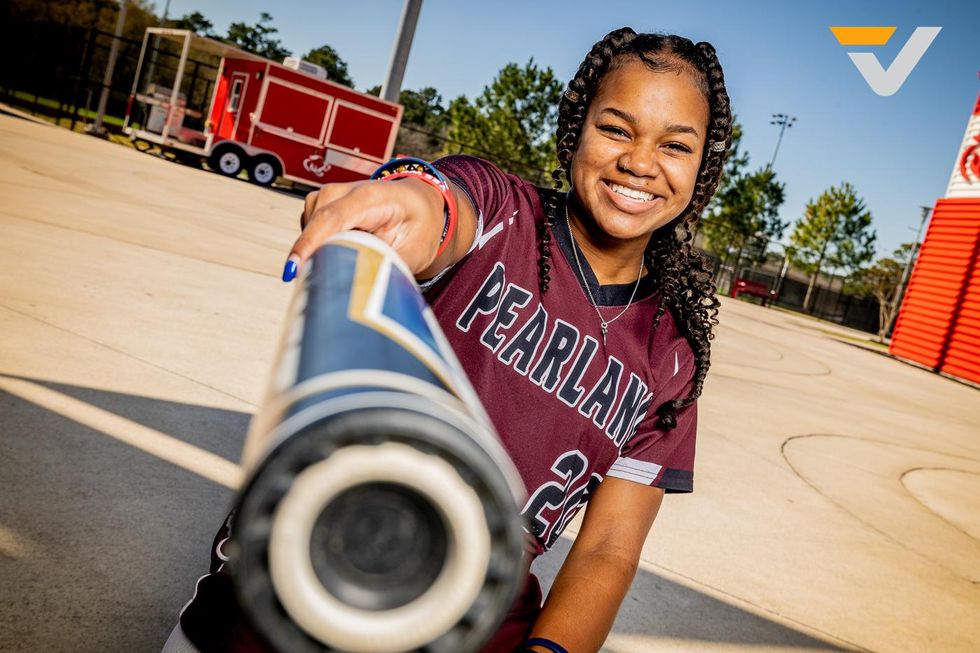 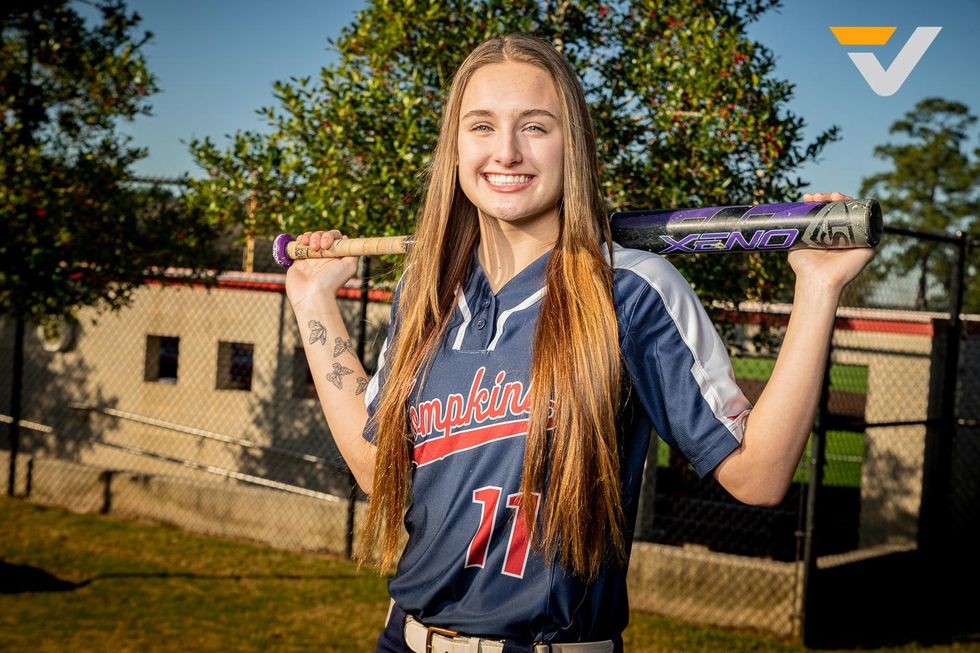 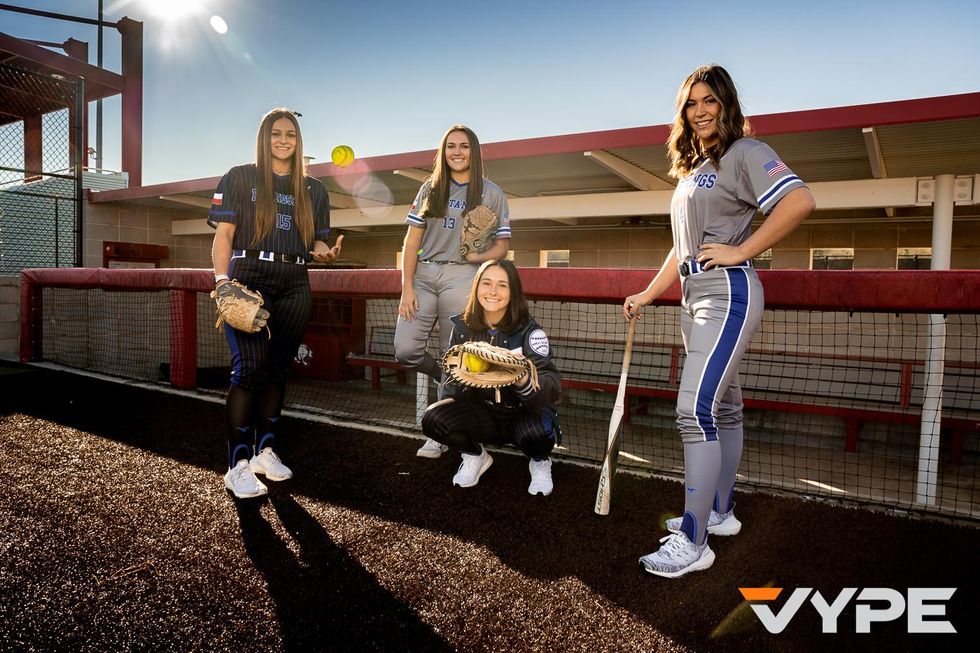 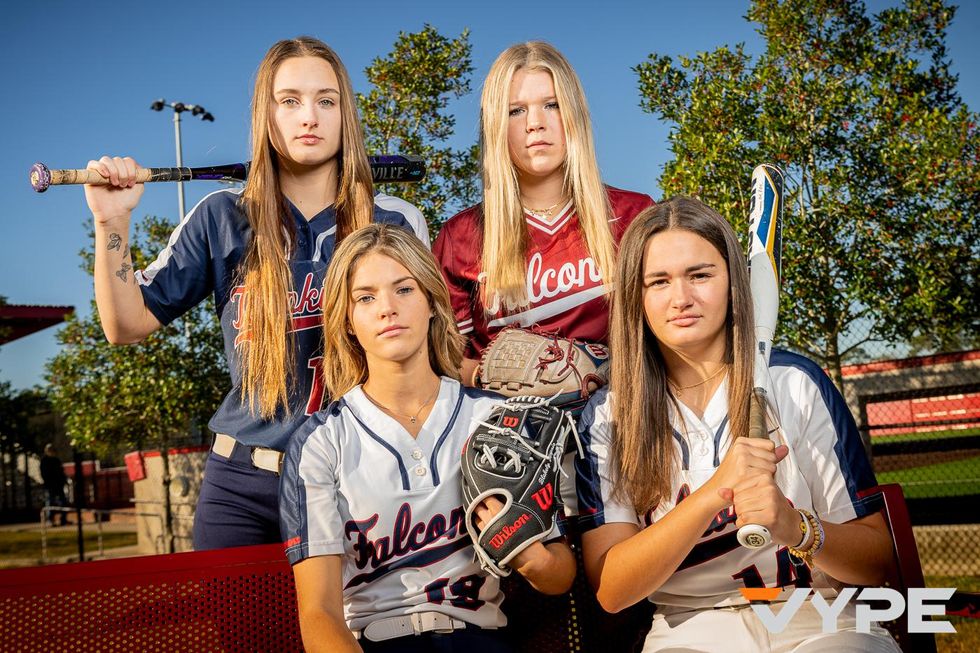 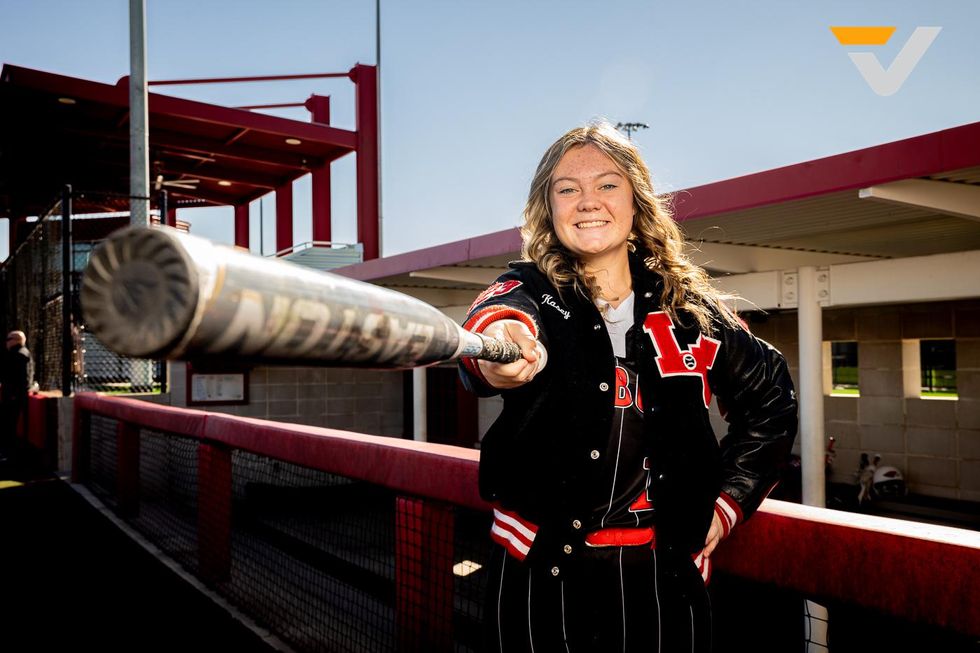 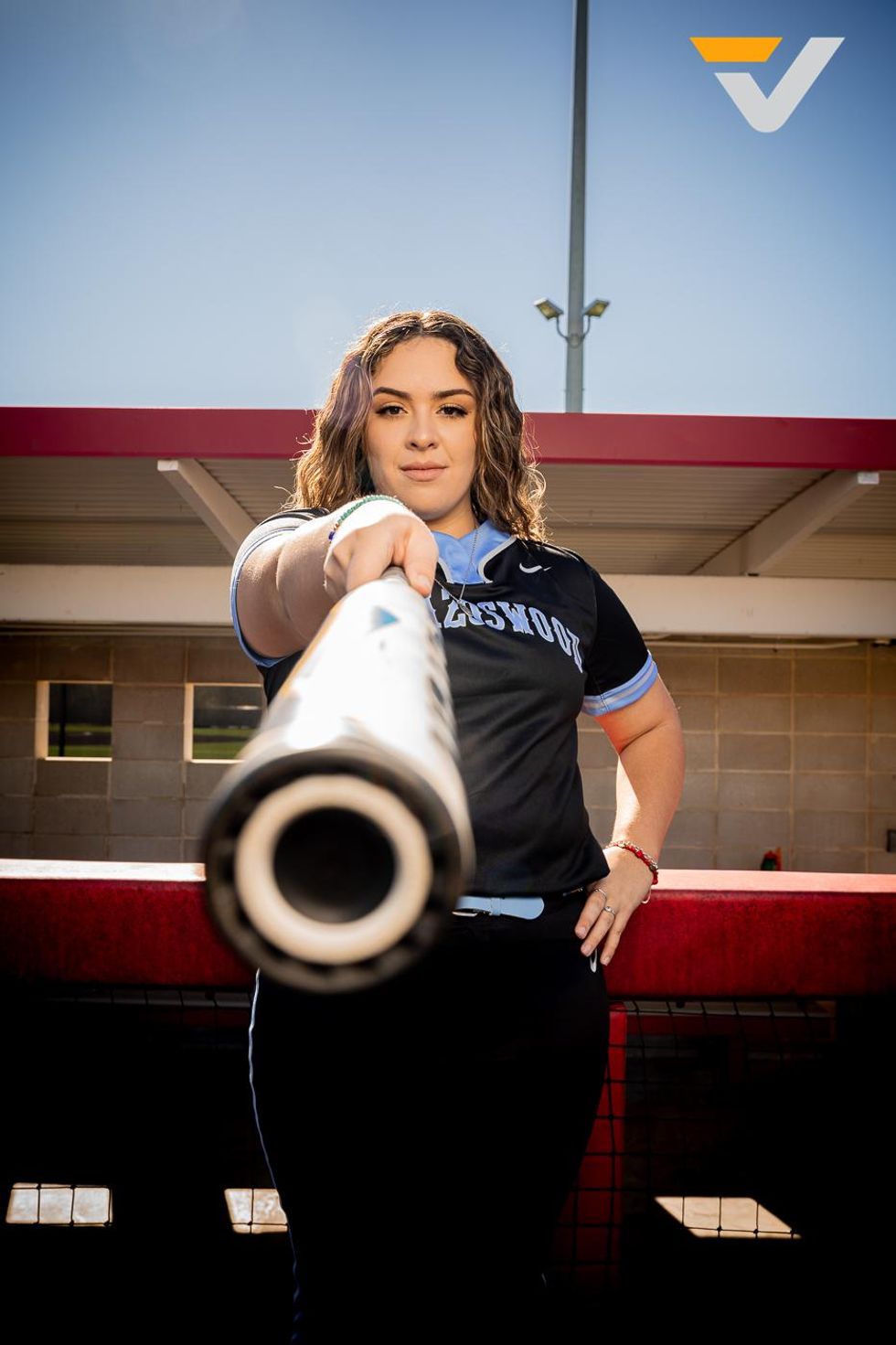 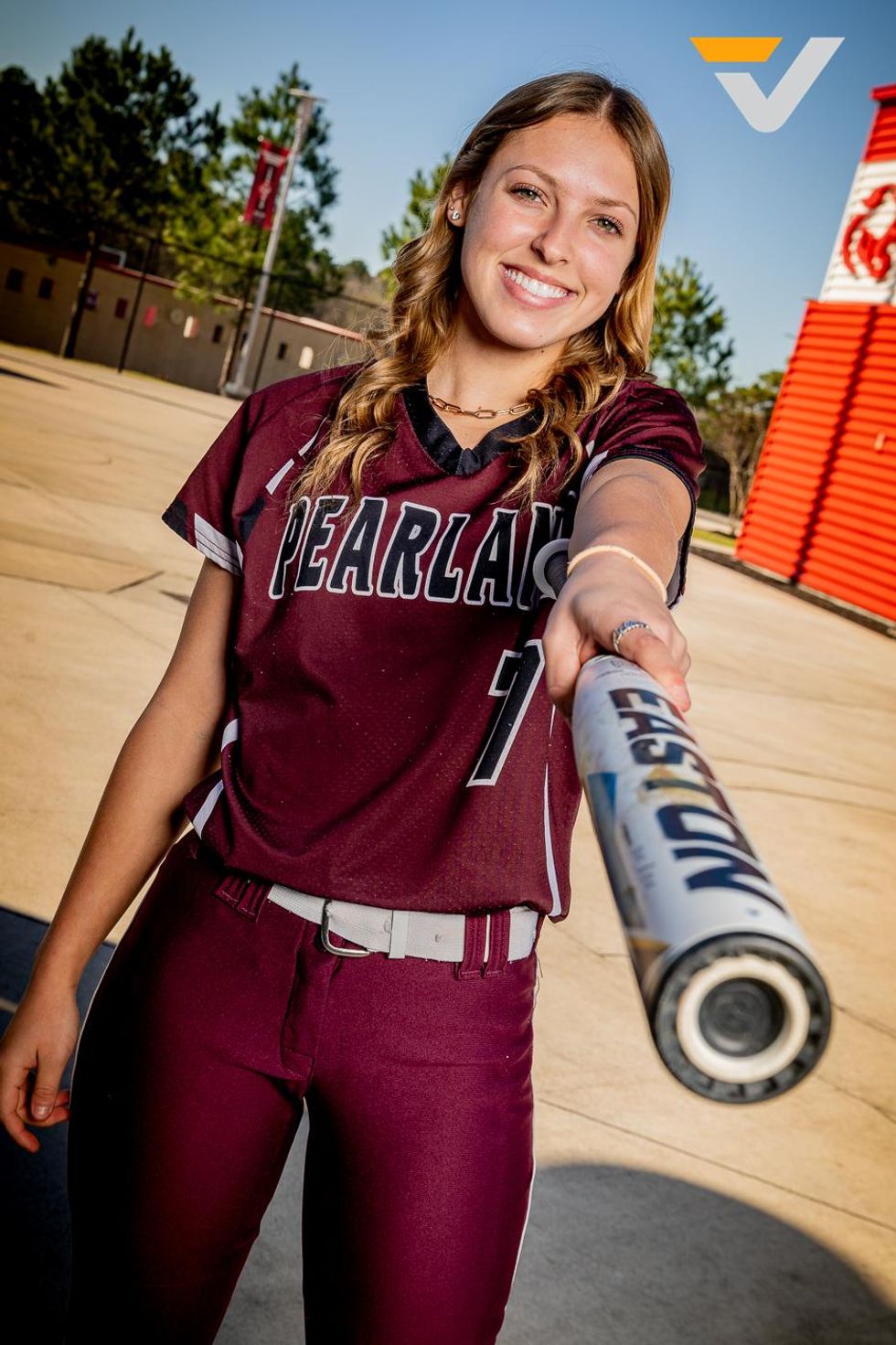 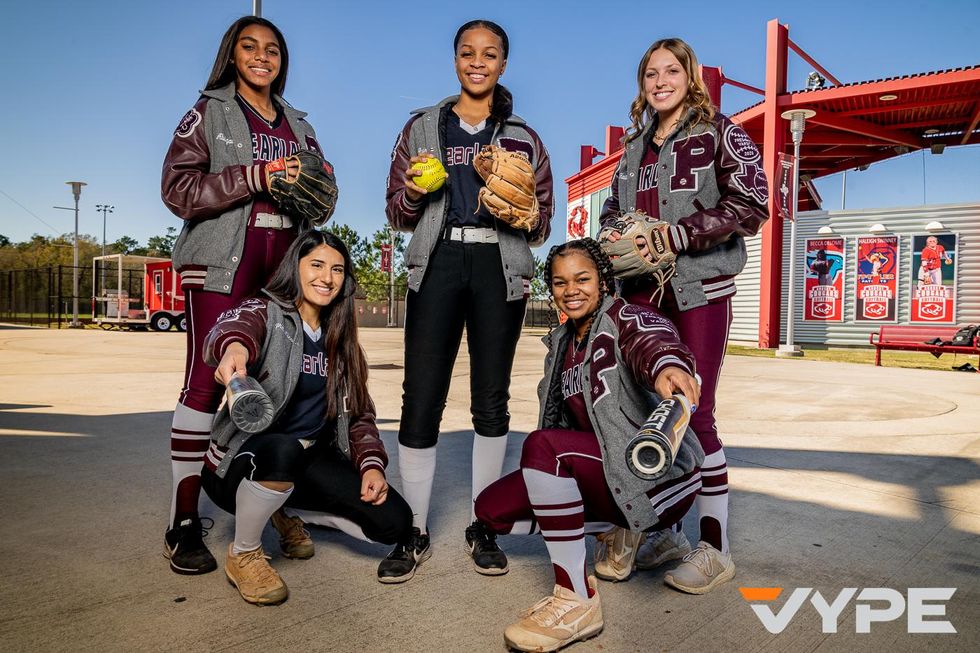 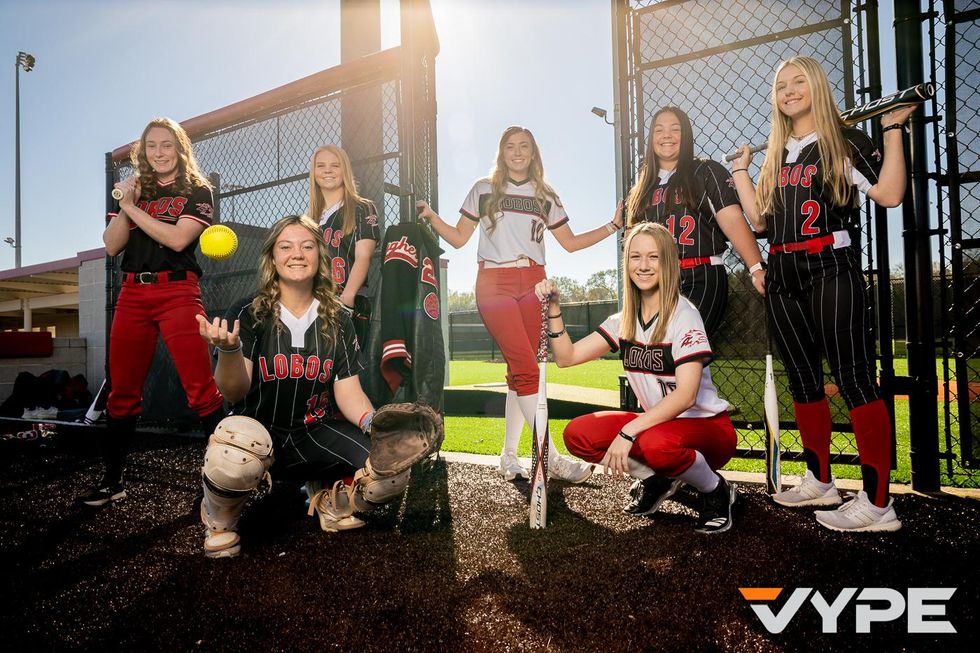 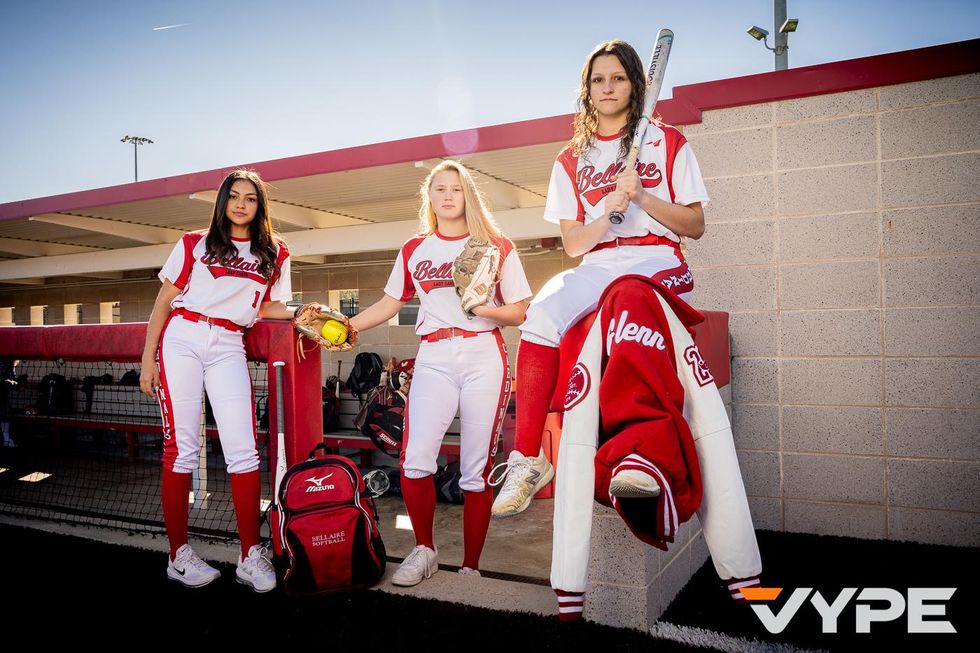 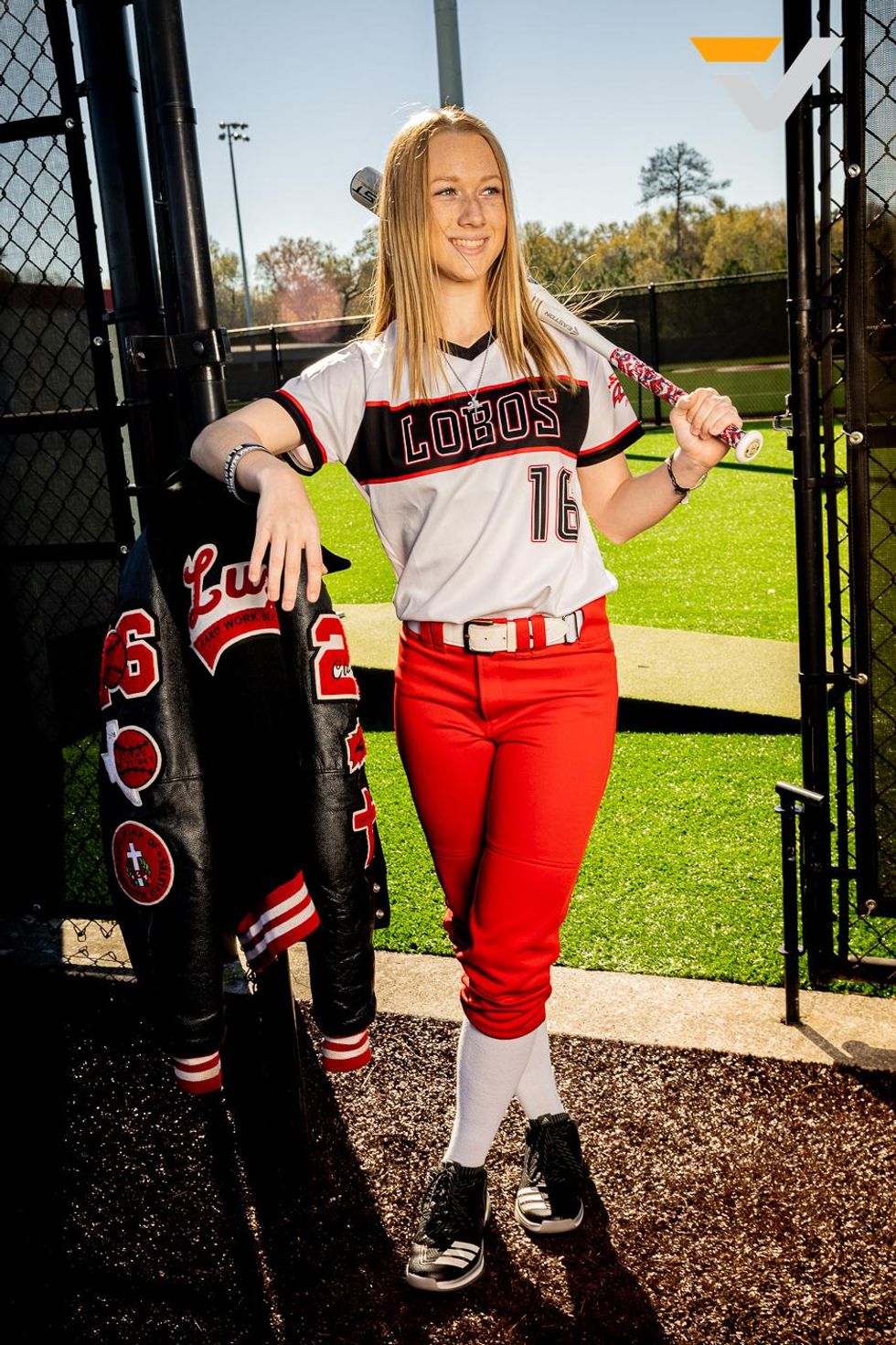 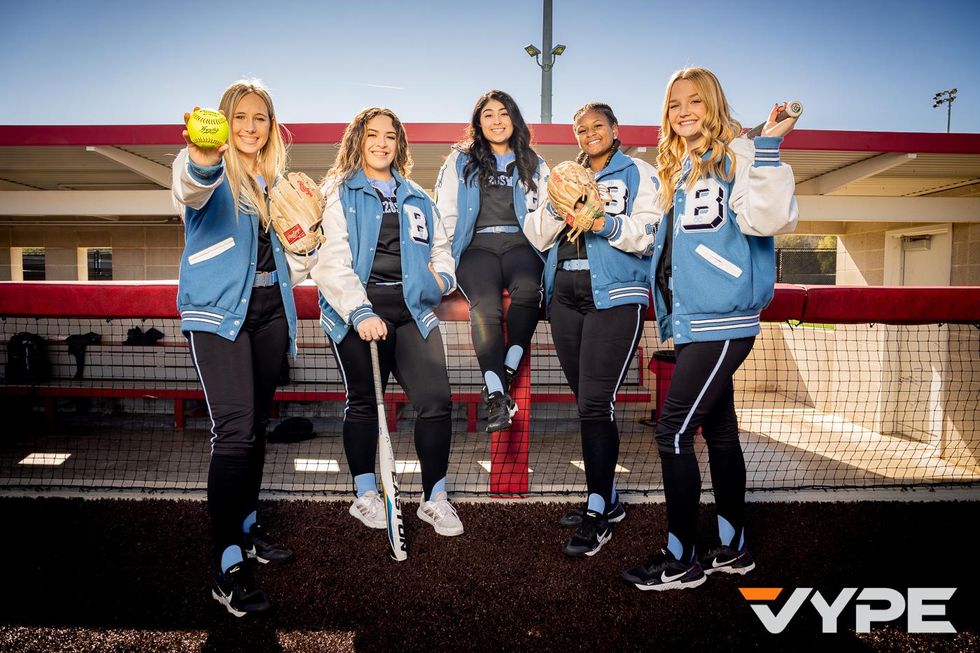 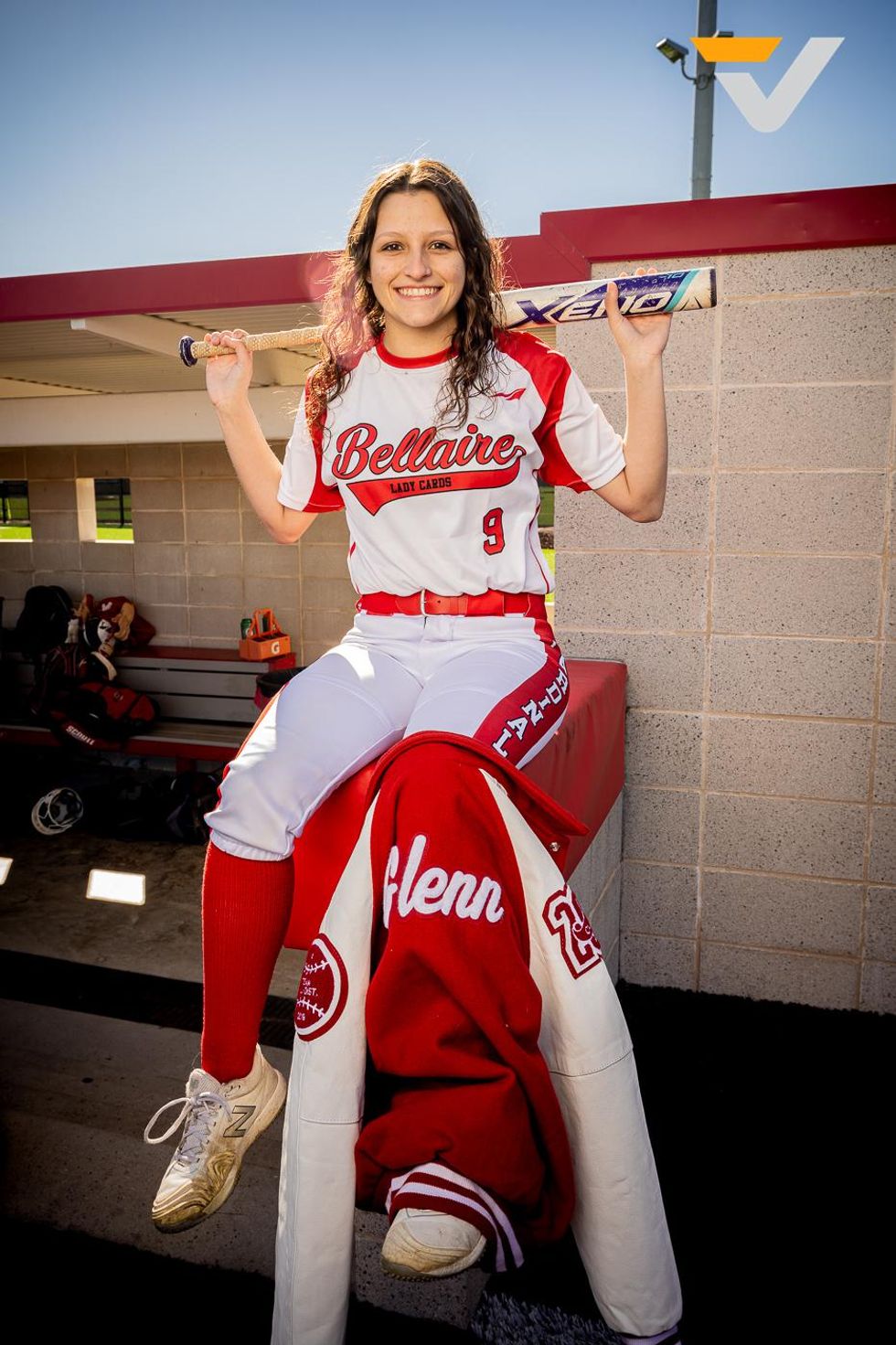 Bellaire is led by one of the deans of Houston softball in Bren Tuffly. The head coach of the Cardinals enters year No. 25 leading the program, which has been his only stop as the head man. Tuffly enters the season with 603 career wins. Bellaire is coming off a 20-10 season in which they fell in the Area Round of the playoffs. Six starters return to the dugout including Bossier Parrish CC-signee Rylee Glenn. Other key names to remember include Anahi Medrano and Claire Shelley for the Cardinals.

Friendswood has made it to at least the third round of the playoffs in two of the last three seasons. It comes after a nine-year drought of not making a run like that. Last season, the Mustangs won the district title and reached the Regional Semifinals. Heading into 2022, Friendswood, under the direction of reigning District 22-5A Coach of the Year Christa Yates, return the likes of District Pitcher MVP Chloe Riassetto, who was 8-2 with a 1.46 ERA and 77 strikeouts to 13 walks in 2021. Other key returners to the stable include first-team, all-district pick Janelle Wilson, second-teamer Lainie Schaefer and honorable-mention selection Madelyn Wilson from a year ago. Janelle returns as the team leader in batting average from a year ago, hitting .343 with 16 RBIs and adds another arm in the circle after going 9-3 with a 2.16 ERA and 101 strikeouts. This team could jump up and climb the rankings by season’s end.