Spring man sentenced to 45 years in prison for fatally shooting 53-year-old neighbor in her front yard in 2017, DA says

HOUSTON - If you didn’t fasten your seatbelt on Friday night for the opening round of the 2021 Texas high school football playoffs, it was a wild ride.

The slate was full of great talent and match-ups across the board with some big surprises in the end. Here are my five big takeaways from the busy night.

When Carl Abseck came over to Barbers Hill in the offseason from perennial power Cedar Park, we knew something special could happen with his magic touch. Beating undefeated Fort Bend Marshall in the opening round after going 5-5 on the year was not quite on that list. But that's what Barbers Hill did on Friday night with a 42-21 victory.

Brent Holdren was unstoppable for the Eagles, going 15 of 20 (75 percent) for 162 yards, two touchdowns and a pick. Holdren also rushed for 122 yards and two scores in the win. Garrett Hagler busted out of the backfield for 152 yards and two scores on just 29 carries. The Eagles outscored the Buffs 22-0 in the third quarter, which ended up being the difference in the end.

Fort Bend Marshall quarterback Ja'Koby Banks was held to 10 of 24 for 101 yards, no touchdowns and two interceptions.

Barbers Hill faces A&M Consolidated next week in the Class 5A Division II Area Round.

Bridgeland needed that Conner Weigman magic on Friday night. The Texas A&M-commit with just 15 seconds remaining in the game hit Andrew Maleski on a perfect pass in the end zone to put the Bears up a point in a 34-33 victory over Klein Collins.

The win snapped Klein Collins' six-game winning streak after an 0-4 start to the year for the Tigers. Weigman and company had to dig their way out of a multi-touchdown deficit to pull off this victory. This is a Bridgeland team that doesn't panic and that showed on Friday night when down 33-21 with just 8:18 left in the game. From that point on, Bridgeland outscored Klein Collins 13-0 to win the game.

Bridgeland takes on College Park next week. That game is set to be played at Woodforest Bank Stadium on Friday with kickoff slated for 7 p.m.

The previous four trips to the playoffs have been a one and done for the Wildkats of Willis. And never before had they won a Class 6A playoff contest.

Well, check that box off and officially put an end to the streak. Willis defeated Dekaney on Friday 22-14, pushing them to 6-5 on the year and getting the program its first playoff win since beating Magnolia West 46-45 in 2010. This is just the sixth playoff win in program history. The Wildkats came storming back in the fourth quarter with a 13-point frame to beat Dekaney. Quarterback Derek Lagway was 4 of 13 for 75 yards and two scores, while tailback Jerrod McHenry had 107 yards and a score on just eight carries.

This unit will have to produce more than 238 yards of total offense next week when they face Tomball in the Class 6A Division II Region II Area Round. Tomball is coming off a 52-29 victory over Cy Park on Thursday night. This will be the second meeting of the year for Willis and Tomball as the two met in the season-opener back in August. Tomball won that meeting 40-27. The Wildkats haven't reached the third round of the playoffs since 1994.

Spring Roars in Second Half

The Woodlands held Spring down in the opening half of Friday's bi-district contest, leading 21-17 at the break. But Spring's explosive offense is something that can be held back for a bit but not forever. In the second half, Bishop Davenport, the Utah State-commit and company went to work. The Lions roared to a 35-point second half, while the defense held The Woodlands to just 14 points in an eventual 52-35 win.

Davenport finished the game 15 of 25 for 353 yards, three touchdowns and one interception. He also rushed for another 95 yards. Joey Fussell may of had just 61 yards on 13 carries but three of those totes ended in the endzone. Cadyn Bradley was Davenport's top target with six catches for 224 yards and three scores. The Spring offense amassed 512 total yards of offense.

The Woodlands' Mabrey Mettauer went 17 of 32 for 250 yards, two touchdowns and two interceptions.

Spring faces Klein Collins next week in the Class 6A Division I Region II Area Round on Friday, Nov. 19 at Klein Memorial Stadium with a 7 p.m. kickoff. 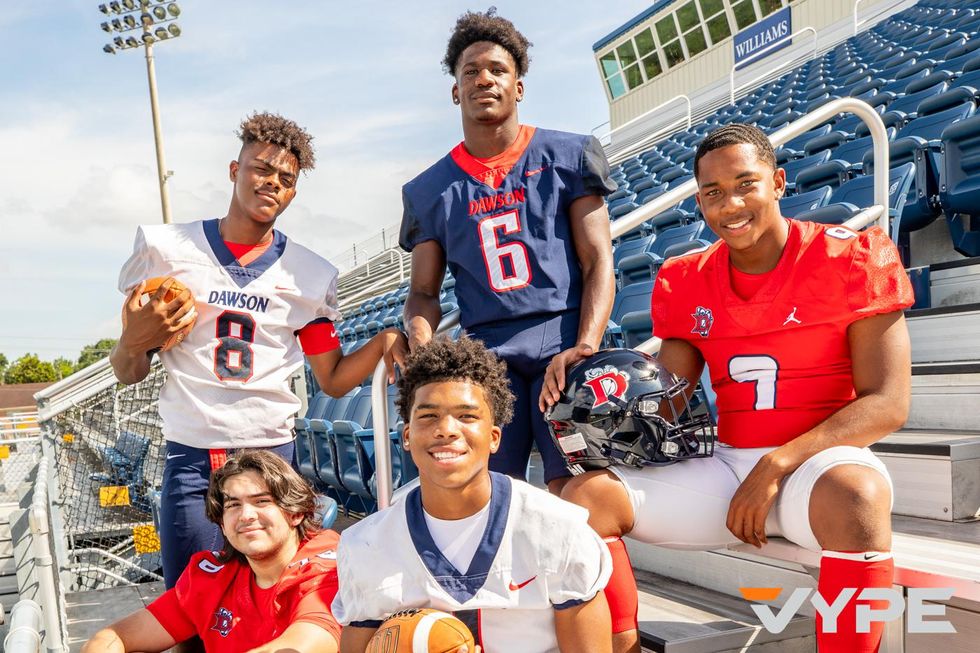 ​How many times have we seen this script play out? A team comes back to defeat someone they lost to earlier in the season in the playoffs. A few years ago, that was North Shore beating Katy in the playoffs after losing the opener to them - North Shore went on to win a state title that year.

So, when the Clear Falls vs Pearland Dawson match-up arose in the opening round, some may have thought this would be an easy win for the Knights since they had beaten the Eagles handily, 31-7, in the opening week. But that was in August. That was a LONG time ago in the high school sports world.

Pearland Dawson didn't back down Friday night avenging that loss with a 35-31 victory, outscoring Clear Falls 14-7 in the fourth quarter to get the win. Pearland Dawson signal-caller Colin Johnson had a phenomenal night going 20 of 28 (71% completion rate) for 313 yards, three touchdowns and no interceptions. Bryce Burgess was the main back with 24 carries for 106 yards and one score, while Ryan Guillo was Johnson's top target with 10 grabs for 171 yards and two scores. A 17.1 yards/catch mark isn't a bad stat either.

The win propels Pearland Dawson into a showdown with Summer Creek on Friday at 7 p.m. inside Humble ISD's Turner Stadium. 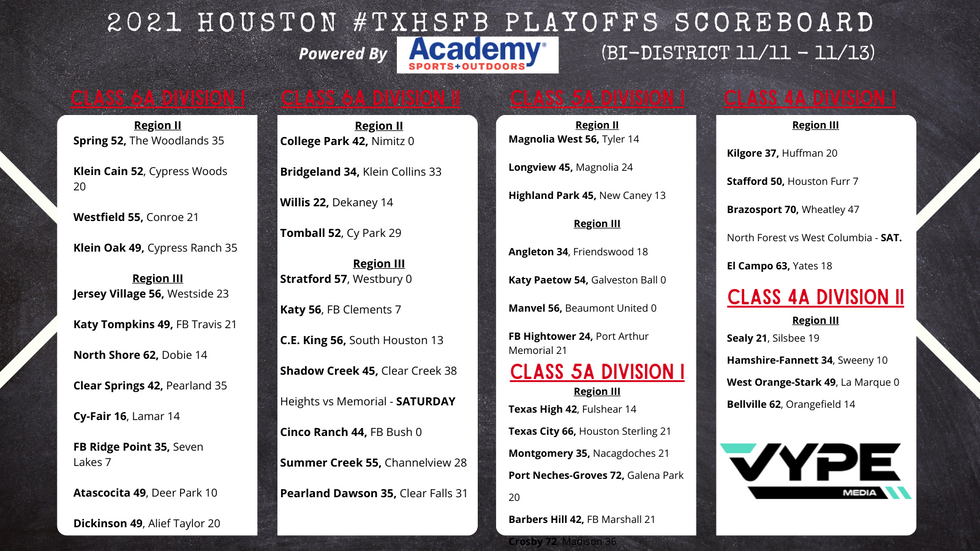