THE LEAD BUFF: Determined Banks Leads the Way for Marshall

FORT BEND MARSHALL’S OFFENSE IS JA’KOBY BANKS’ SHOW TO RUN THIS SEASON. TO SAY THE 5-FOOT-11, 170-POUND DUAL-THREAT JUNIOR WAS PREPARED FOR IT WOULD BE WILDLY UNDERSTATED.

"I can lead my team the way it needs to be led," Banks said.

This is Banks' second full season at quarterback. He played running back from the time he picked up a football at three years old and all through his sophomore year.

This season, Banks has been impressive, drawing an offer from Texas A&M after the first game of the season. He has completed 64.2 percent of his passes for 1,167 yards ad 22 touchdowns to two interceptions, while rushing for 747 yards and 12 touchdowns on 42 carries for an unreal 17.8 yards per carry.

While Banks certainly has the talent and skills for the job, it's his intangibles that impress.

He is a leader at heart, learning from his late uncle Johnathan about being outspoken and holding others accountable.

"I feel like I've been a leader on every team I've been on," Banks said. "If I'm working and I can see someone else on my team that I know can do better, I'm not going to let them not do better. I'm going to make sure they do their best to make the team better."

Marshall coach James Williams said his signal-caller is a "driven young man who does right from wrong".

"A great character kid," Williams said. "He wants to get the job done. He embraces being the leader and he just wants to develop."

"He's always had the athletic ability and movement skills. He's always been fast because of track," Williams said. "But as far as throwing the ball and throwing routes, he's really committed to it and put in the extra time with our coaching staff to become more of a passer as well."

Banks admits there is considerable pressure that comes with quarterbacking one of the top teams in the state in Class 5A Division II.

One that has legitimate state championship aspirations.

Of that, he is sure. It is upon his shoulders, by his own doing, that the Buffalos are built.

"I'm most excited for our team playing for each other and not themselves," Banks said. "Last year, we were separate. This year, we're more connected, and not even just on a teammate level, but a friendship level as well." 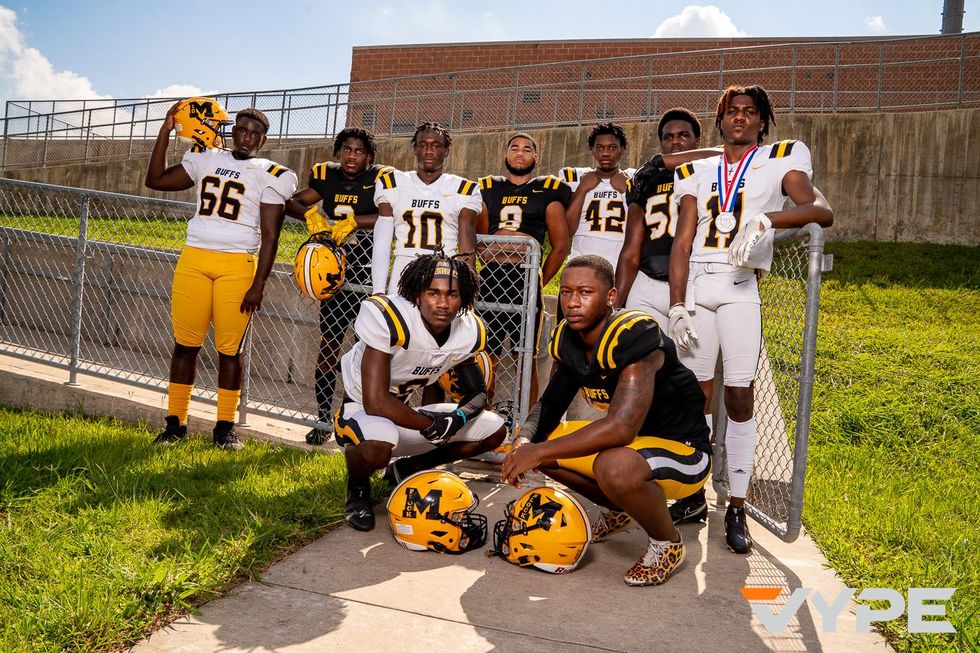