Do you recognize him? Man wanted for questioning after deadly shooting in west Houston

H-E-B dethrones Amazon as best grocer in US, report says

BEAST ON THE COURT: Dulles’ Mueller Brings the Fire on the Court, Fun Off of It

DULLES JUNIOR OUTSIDE HITTER KYLIE MUELLER WANTS YOU TO KNOW THAT YOU DON’T HAVE TO BE AFRAID OF HER. SHE PROMISES. SHE’S REALLY NICE AND COOL ONCE YOU GET TO KNOW HER.

"I'd like to think I'm an approachable person. Once they know me, they know I'm cool. I think sometimes I can get so in it when I'm on the court, but I'm not scary."

Ah, the qualifier. Mueller is for sure not scary. Off the court, that is.

On it, she is a monster, compiling a team-best 190 kills and 191 digs to go with 20 blocks last season while being named District 20-6A's Co-Most Valuable Player. This season, she's having another exceptional campaign, with a team-best 337 kills to go with 372 digs and 32 blocks.

"When I get on that court, I'm ready to play," said Mueller, renown for often losing her voice after games because of her demonstrative yelling during them. "I'm ready to go for everything and give it my all. One hundred-percent effort has always come easily to me. I'm super competitive."

Mueller credits her support system for her success last year.

Her parents inspire her to be a better player every day and are always encouraging her to push her limits.

On the court, she became more versatile. The biggest growth from her first year on varsity as a freshman to her sophomore year was the ability to do more for the team and embrace her rapid rise as a team leader.

"I was able to up my game in every aspect," Mueller said.

Mueller knows this junior season is important for recruiting purposes.

On the court, she has changed her hitting form to get more power on her swing by opening up more to the ball and engaging more of the core and hips, instead of just her shoulder, to get more of a fluid motion.

"It does feel like a little bit of pressure," Mueller said. "I know I'll have to take a step back before I go forward, and it's scary knowing I'll have to do that in my big recruiting season, but I know it's what I need to do." 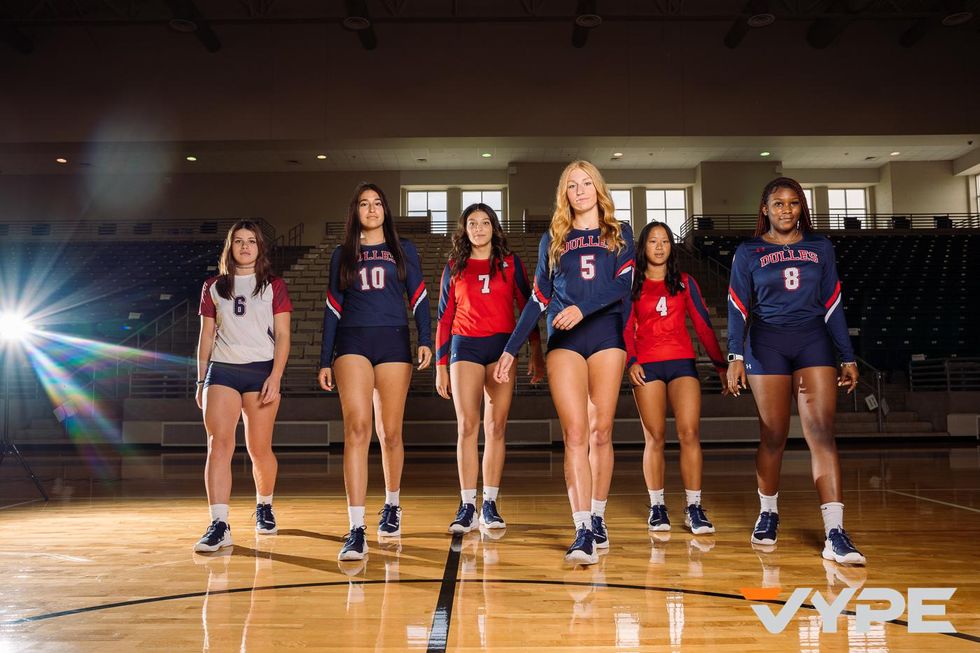