Have you seen them? Man, woman steal several cases of beer from southwest Houston convenience store

PHOTOS: Houston Astros fans gear up for Game 6 of ALCS

THE WOODLANDS CHRISTIAN ACADEMY’S CROSS COUNTRY PROGRAM IS JUST THAT... A PROGRAM.

Coach Tom Earle is one of the best in Texas and has the hardware to prove it.

The Warriors have four consecutive TAPPS state titles even while moving up the private school classifications year after year. They have been on the state podium each of the past six seasons.

But this year will be a little different as super-freak Ben Shearer is off to the University of Arkansas. Shearer was the undisputed leader of the pack in TAPPS and throughout the country as a national recruit.

"We are ranked No. 1 again going into the season, but our team is going to look a lot different," Earle, who has a combined 10 state rings between cross country and track at TWCA, said. "We don't have a star like Ben Shearer, but remember, we also had three guys finish in the Top 10 a year ago. They all graduated as well.

"This year we will have more of a traditional pack-running style. We have guys from our No. 2 to No. 6 who are finishing a minute apart. That is great for scoring as a team."

Zach Turner and California move-in Will Bennett look to set the pace in 2021. Bennett is the only senior in the group.

So, how about the girls?

Well, TWCA's ladies have been on the podium nine-straight seasons.

"Our seniors have been around a while and know what the workload looks like getting ready for the season. I'm going to do my best to keep them healthy so they can peak at the right time."

Seniors Lindsay Worthington and Ellie Johnson have a ton of experience and will be the voices in the locker room. Worthington has verbally committed to Samford for soccer.

Zoe Calimani had a breakout freshman season and is emerging as the top harrier in the bunch.

"She's training with the guys and she really flipped the switch this summer," he said. "She wanted to compete in the Junior Olympics in the 800-meters and really realized what it takes to be an elite runner. She's doing things like tracking her sleep and hydration on a daily basis, which are things that older girls usually do. She could have a big year." 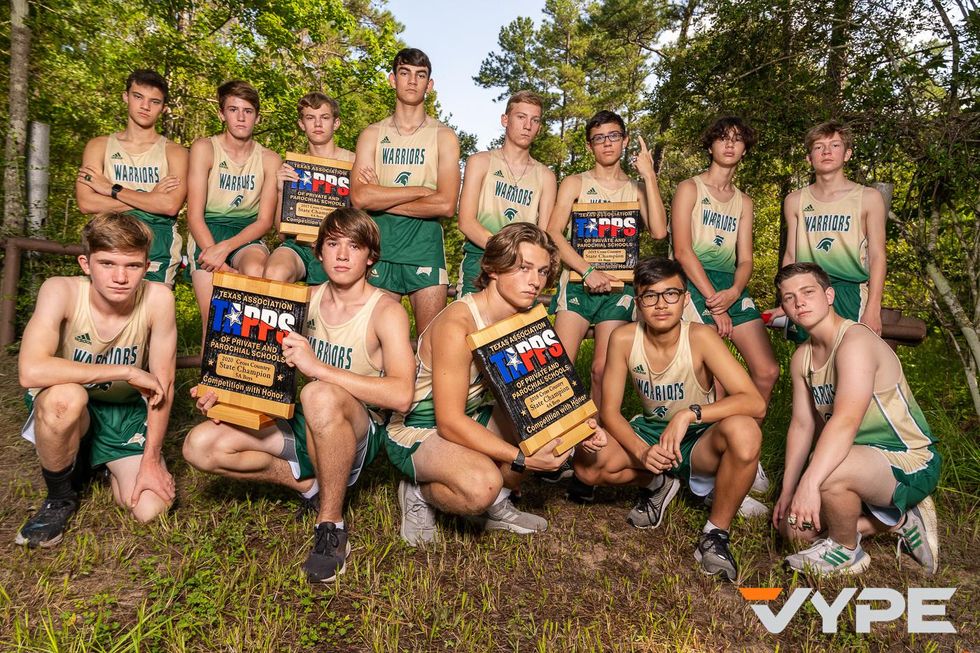