Who shot and killed this poor dog? Harris County law enforcement want to find out

Police: Teen shot twice in the back in southeast Houston could be paralyzed

Solutionaries: How make schools safer require going beyond the classroom

You're sitting in the locker room in the depths of the 8th Wonder of the World. The crowd is roaring. The cannon booms as it is played on the video board. As you walk up the stairs towards the field, the smell of fresh stadium popcorn flows into your nostrils.

Then you run out.

Coming out of the tunnel, imagine the energy. The excitement. The feeling of coming from a dark and tight tunnel
to looking up to the large metal beams arching across holding up the roof, the multi-colored seats filled with screaming fans ready to watch the 1990 Class 5A State Championship.

"Then you're sitting there – 'We made it,'" Tremel Prudhomme, the starting left guard from the 1990 State and National Champion Aldine Mustang football team said.

"That was the mecca, everybody wanted to go to the 'Dome. If you made it to the 'Dome, you were considered legit."

Defensive end and now Captain of the Aldine Police Department Mark Harris added: "Back then, going into the Dome was historic, it was amazing. Coming up in Aldine, it was like our second home. We came up under these guys and it was normal for us to make sure we would be in the 'Dome in the later games in the playoffs."

In the late 80s, Aldine was legit. District 21-5A football was legit.

But before we get to the glory of lifting that state championship trophy inside the heralded Astrodome, where Oiler greats Warren Moon and Earl Campbell once ran stride across the AstroTurf, we have to go back.

Under legendary coach Bill Smith, whom the stadium at Aldine High School is named after, guided his Aldine team to Texas Stadium. They faced the Friday Night Lights famed Odessa Permian Panthers.

Mojo was just too much for the Mustangs in '89, losing 28-14 and finishing the season 14-2. Getting back onto the charter bus in the depths of the Dallas Cowboys' old stadium, where Emmitt Smith and Troy Aikman and Deion Sanders played, it was then they decided.

"Our junior class, we were like 'we don't want that feeling coming back next year'," Prudhomme said. "We had made up our mind that as soon as we got on that charter bus that we weren't feeling like that next year."

When the guys returned to the north side it was back to work.

"There wasn't a doubt in my mind we were going to win State." 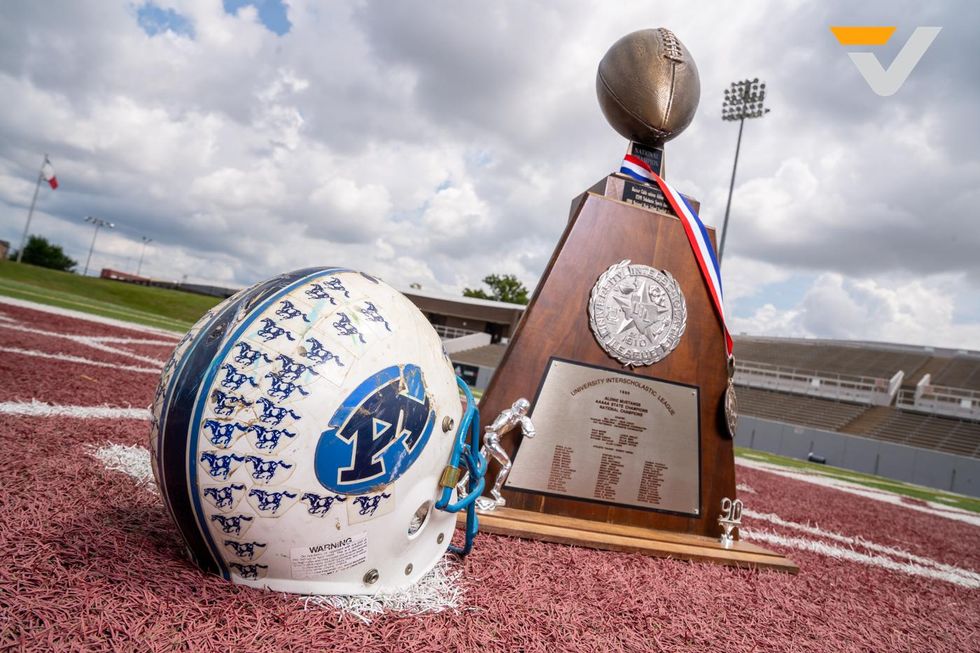 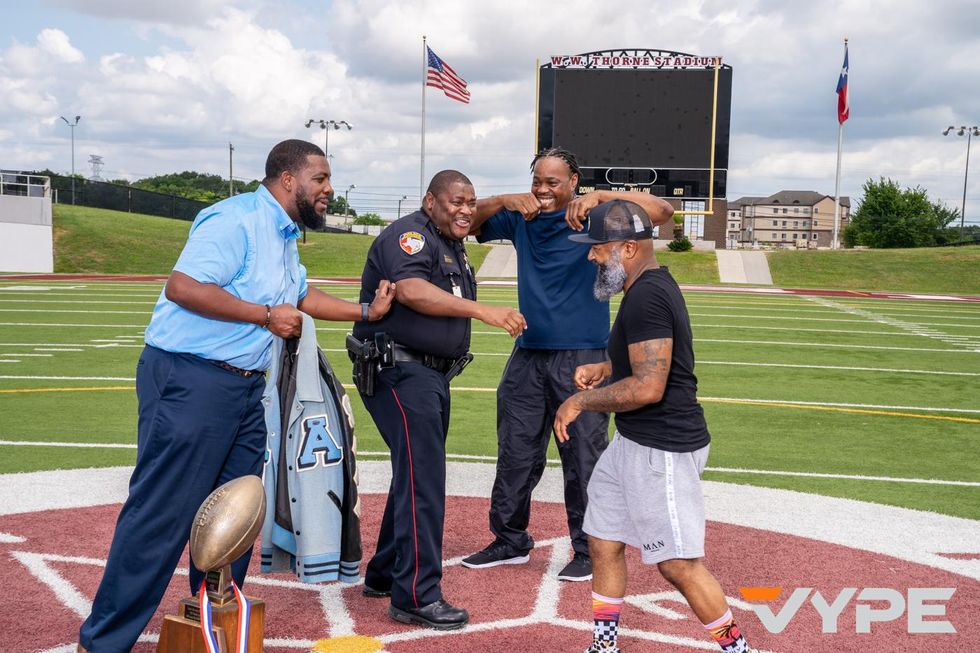 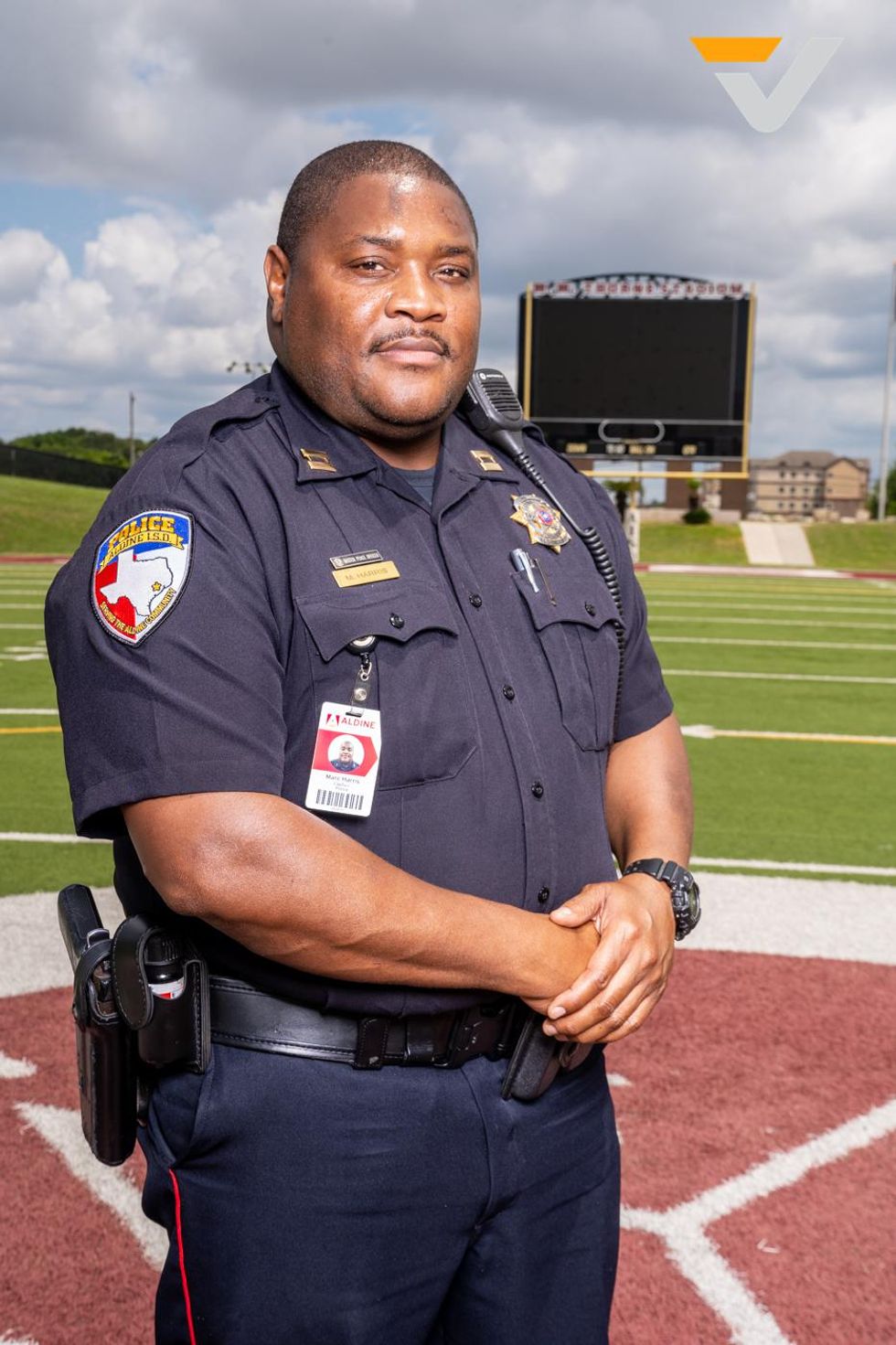 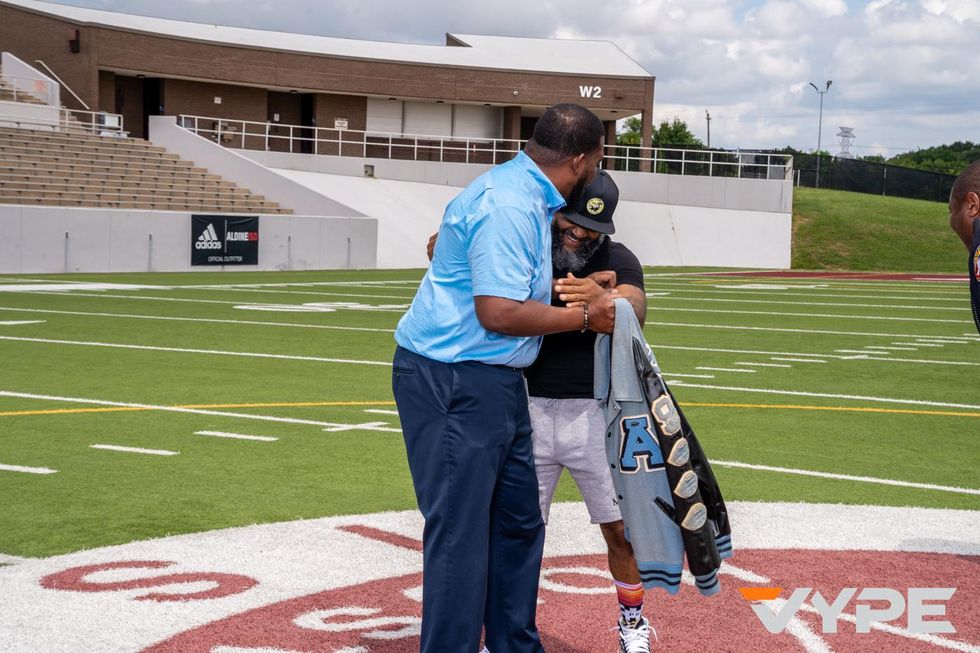 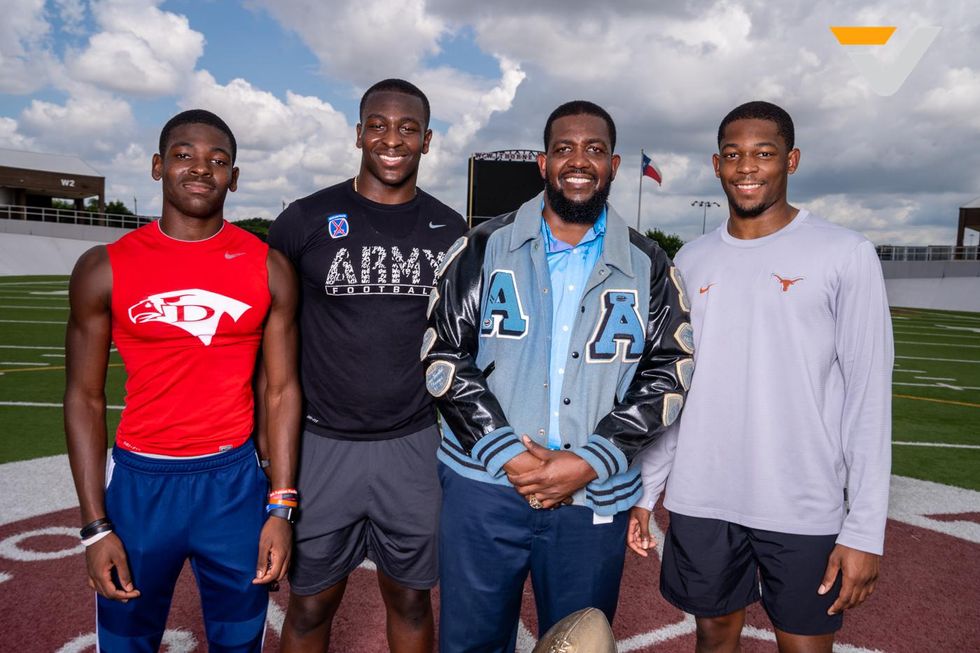 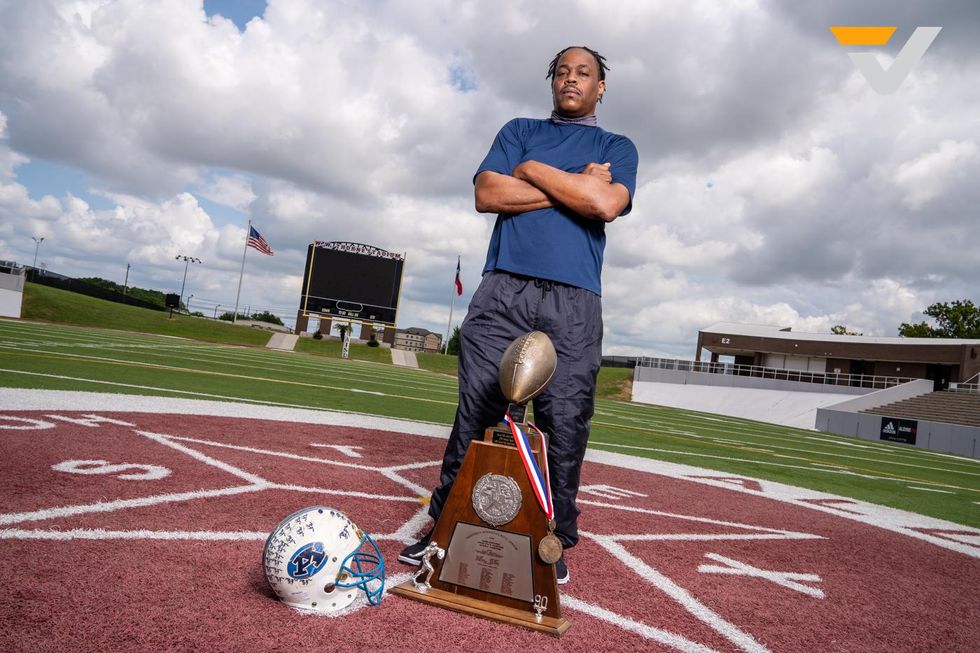 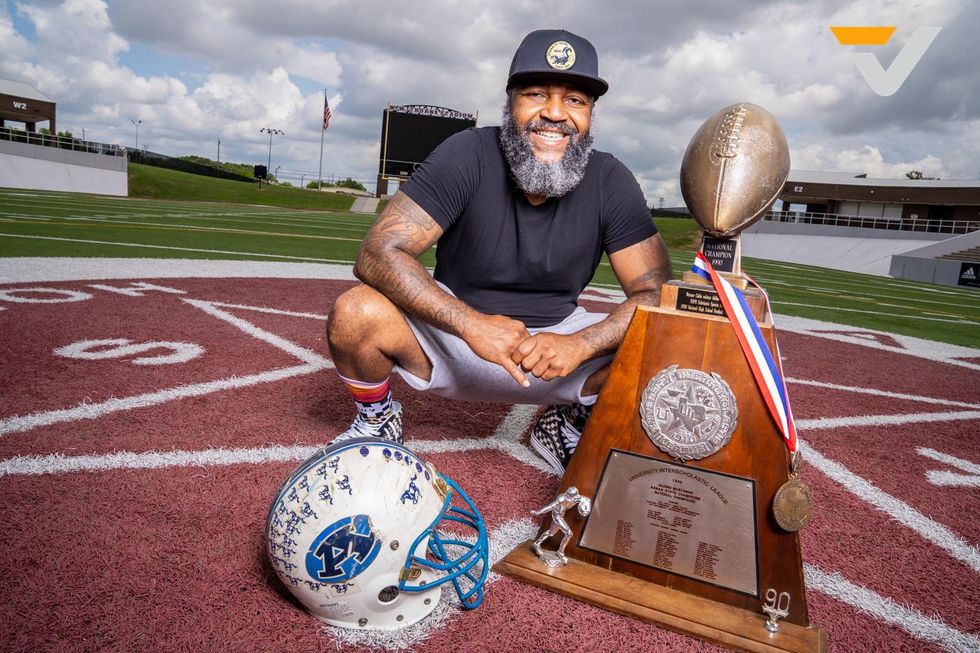 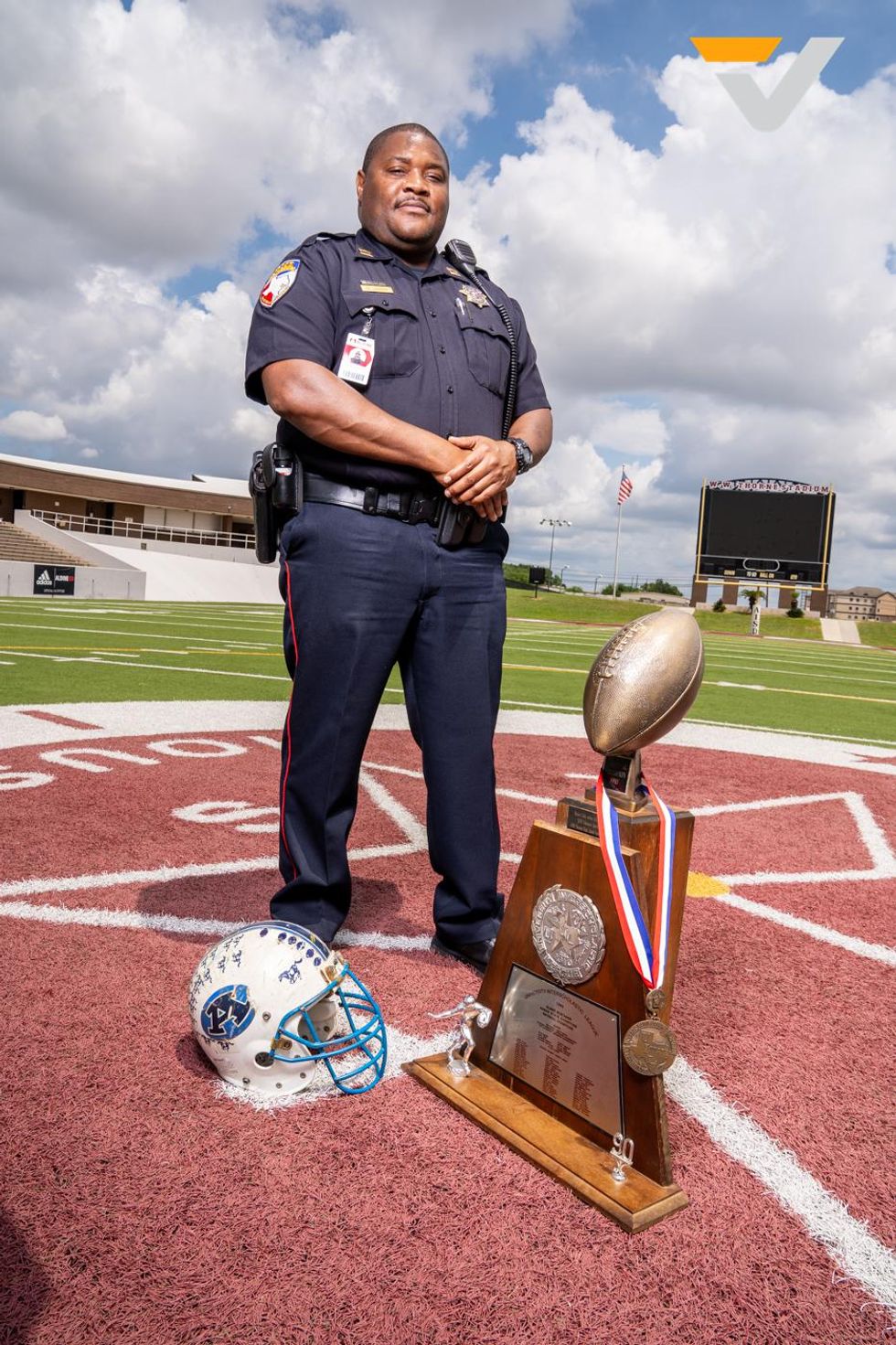 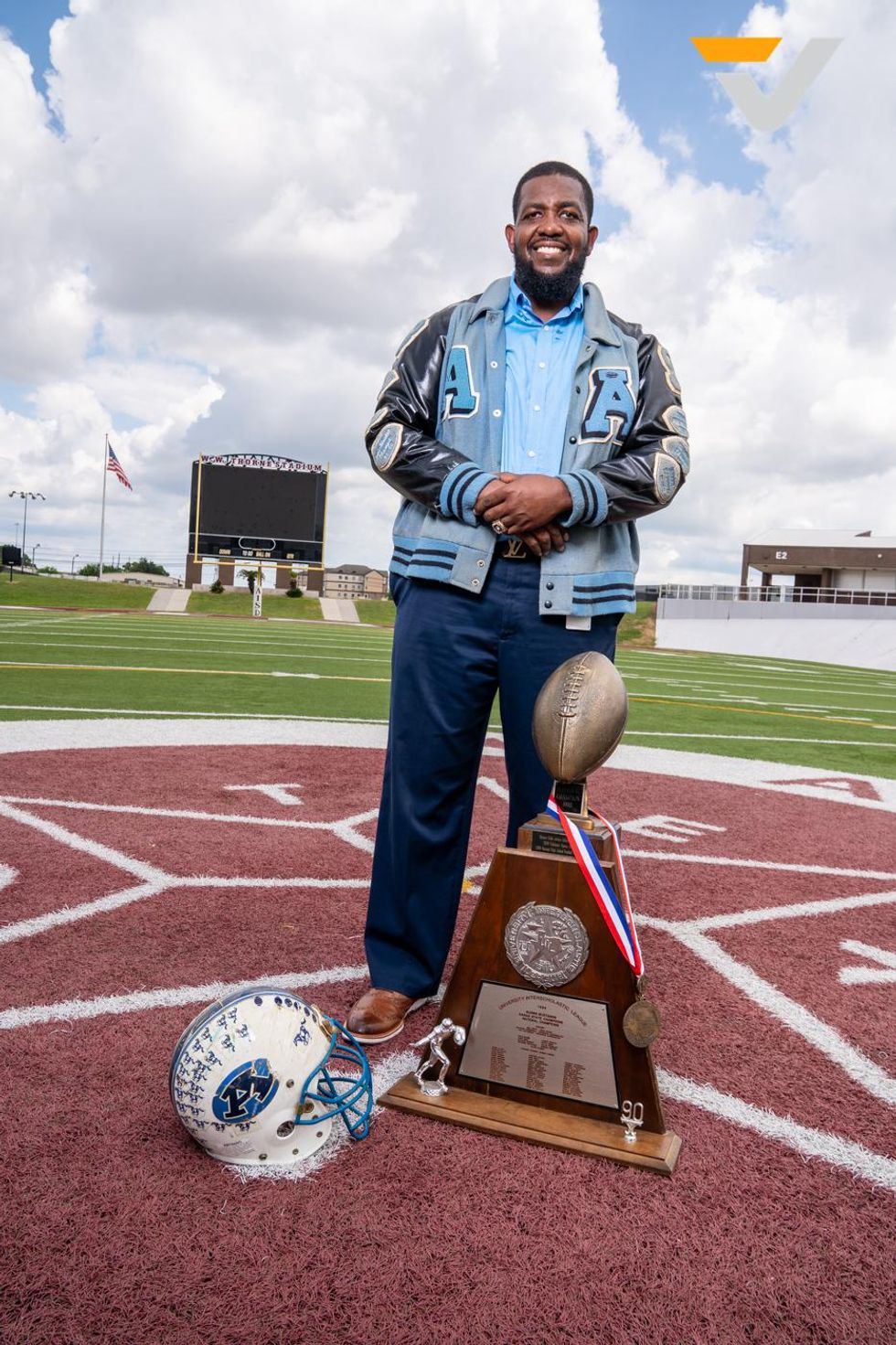 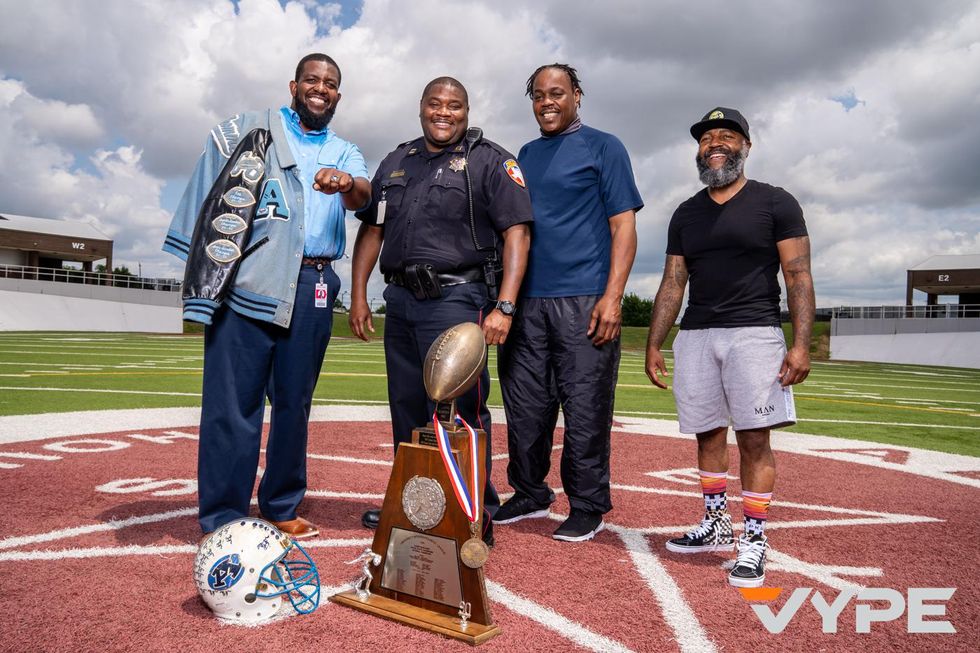 The Run to The Dome

Once the 1990 season began, it was "pure dominance" by Aldine.

The Mustangs' starters would only play the first half in 10 of the 15 games. In the playoffs, they beat Beaumont Central 30-15, Fort Bend Kempner 43-15, slipped past Houston Washington, 30-26, and then blew out Mission 54-21 to punch their ticket to the 'Dome.

"They came in and they were 14-0 and we were 14-0," former Aldine coach Bill Smith said. "Their offensive line was being compared to the Dallas Cowboys, which would give you a little cause for concern to say the least. I was just as certain as anything that our kids would compete, and they were determined to do well. I wasn't that concerned."

Every game has that "moment" and in the 1990 State Championship game that came in the third quarter.

Wide receiver Eric Stephens added: "When Eric Gray ran the 88-yard touchdown. I said, 'Oh yeah, this is it'."

That put the Mustangs up 20-3 and
that was all they needed en route to the 27-10 victory and the 1990 Class 5A State Championship and eventual National Championship.

"I remember we had a bunch of wonderful kids to work with and they were as determined as you could possibly be to win it all," Smith said. "They were good the whole year and they were exceptional in the State Championship game."

Getting the "Aldine Bad Boys" Back Together

Towards the end of the championship game, just like they did throughout the season, the Mustangs would pull out custom hats that they had made at a store inside Greenspoint Mall and put them on.

On the hats and corresponding shirts that were made said, "Aldine Bad Boys".

Thirty-one years later the "Aldine Bad Boys" were brought back together at W.W. Thorne Stadium on an August afternoon.

"It shows the community that we're still around," Steve Strahan, who played defensive end, said. "It gives them back the respect that they gave us because the community really supported us. It was the first time I'd ever seen the McDonald's by the school, they colored it blue."

The laughter echoed off the empty seats in the stadium as they made their way to midfield where the former champs circled around the trophy, put on the ring and even their old letterman jacket and reminisced like they had just walked out of the 'Dome 31 years ago.

"It's like a party," Prudhomme said. "We still laugh about the old times. We talk about the old stories, the games and stuff. This started way back in Little League and carried all the way to high school. Now 30 years later, we still the best of friends."

Harris, who has worked for the Aldine ISD Police Department for 20 years, added: "We love talking about it. We really feel like we did something great for the district. We took huge pride in it back then and we take the same pride in it now."