Has Houston reached the peak of Omicron? Research shows the virus could be leveling off

‘We’re the bookstore for the community’: Katy bookstore owner plans to educate community about race after property vandalized with racial slurs

NO DAYS OFF: Price is Building a Program Through Youth

KASEY PRICE KNOWS WHAT BIG-TIME HIGH SCHOOL VOLLEYBALL IN THE STATE OF TEXAS LOOKS LIKE.

He was hired off the 2018 State Champion staff at Kingwood Park and has high expectations for his Tigers moving forward.

"Look, Klein Collins hasn't been the top dog in the district, and we are going to get there," Price said. "I've seen what a championship program looks like at Kingwood Park. What I learned was a championship mentality — no days off and being mentally strong. It's a mindset.

"The girls know what the expectations are and we will hold each other accountable. We will attack each day as a winner."

Price also isn't afraid to play the best player, regardless of their grade.

"I'm very invested in our younger group," he said. "We are very young and that is a little bit by design. I want them getting their feet wet early and expose them to the varsity level. They need that exposure for the future."

Sophomore Anna Blaine runs the 5-1 offense and is a high-major prospect. She is joined by starting libero Olivia Murillo in the Class of 2024. Senior Brooke Box has returned from injury and is a 6-foot-2 middle stud. Junior Ariana Goode helps out in the middle.

"This group really works together and loves each other," he said. "We just have to remain disciplined and stay hungry and humble. We have to do the little things right, so big things can happen.

"Some teams don't take us as a threat and we are pushing each other to change that." 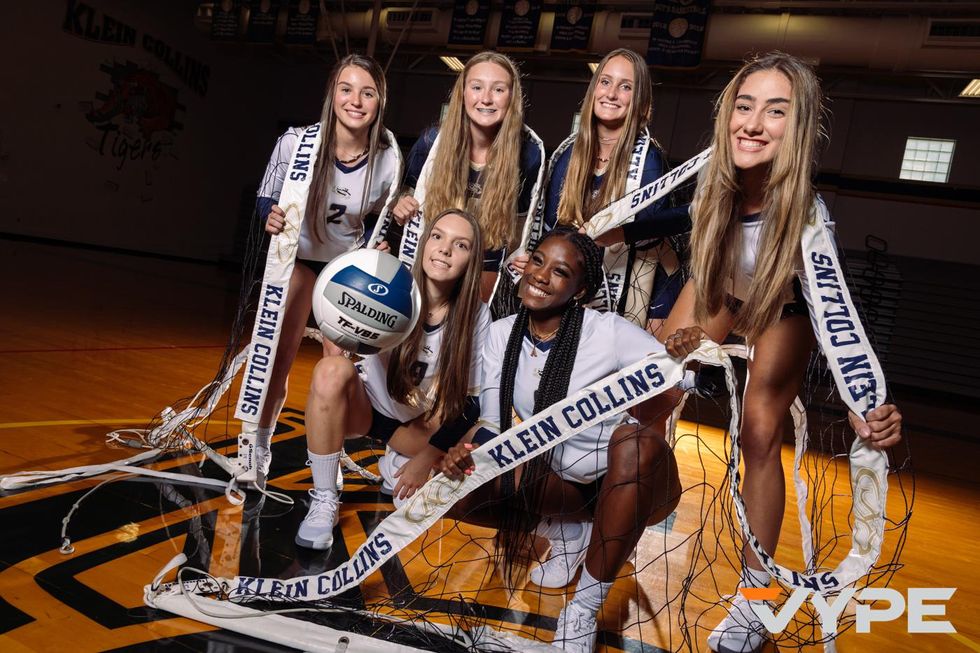 THE YOUNGSTERS: Ashlynn Hollis and Carleigh Schluter are just freshmen who made varsity. According to Price, they are going to get good minutes and will be the future of Collins volleyball.

IN BLAINE WE TRUST: Sophomore Anna Blaine is big- league. She already holds offers from major DI schools and has a tremendous volleyball IQ. She's a 6-foot setter, who is a great leader. She might be the most recruited volleyball player in over a decade at Collins.

BOX IS BACK: Brooke Box is all of 6-foot-2 and is a game- changer in the middle. The Tigers got off to a slow start as she battled injury. Box will be the biggest point-scorer come district and provides the leadership needed for this young group.