Instead, she'd likely have been a star basketball or tennis player. Maybe she would've stuck with volleyball longer and given that a shot. Or, maybe, she would be cheering to her heart's content on the drill team.

But she wouldn't have been a district champion and state qualifying cross country runner. Not if it hadn't been for her seventh-grade basketball coach.

"They told us we couldn't play basketball until we ran two cross country meets," Green said. "I didn't really like running, but I did it for basketball. I placed second overall in my first meet. Going out there, I didn't find myself getting tired and I went faster and faster.

"From then on, I was like, OK, I guess I'm pretty good at this. Why not stick with it?"

And just like that, little did she know, Green had set course for a future on the course.

Now Green, a four-year letterman, is the captain of a La Porte girls cross country team that has won 10 consecutive district championships. She has ambitions of running in college and having her tuition paid for, and she will accomplish those because of how fast she is.

"I was raised into dance and basketball so heavily," said Green, whose mother was a runner at La Porte and whose father was a football player. "I never looked at running as an outlet. I knew my mom did that, but I had just always figured that was her thing and I was different. When it shifted and it ended up being running, it was a shock to me. But I feel I've made the best out of it." 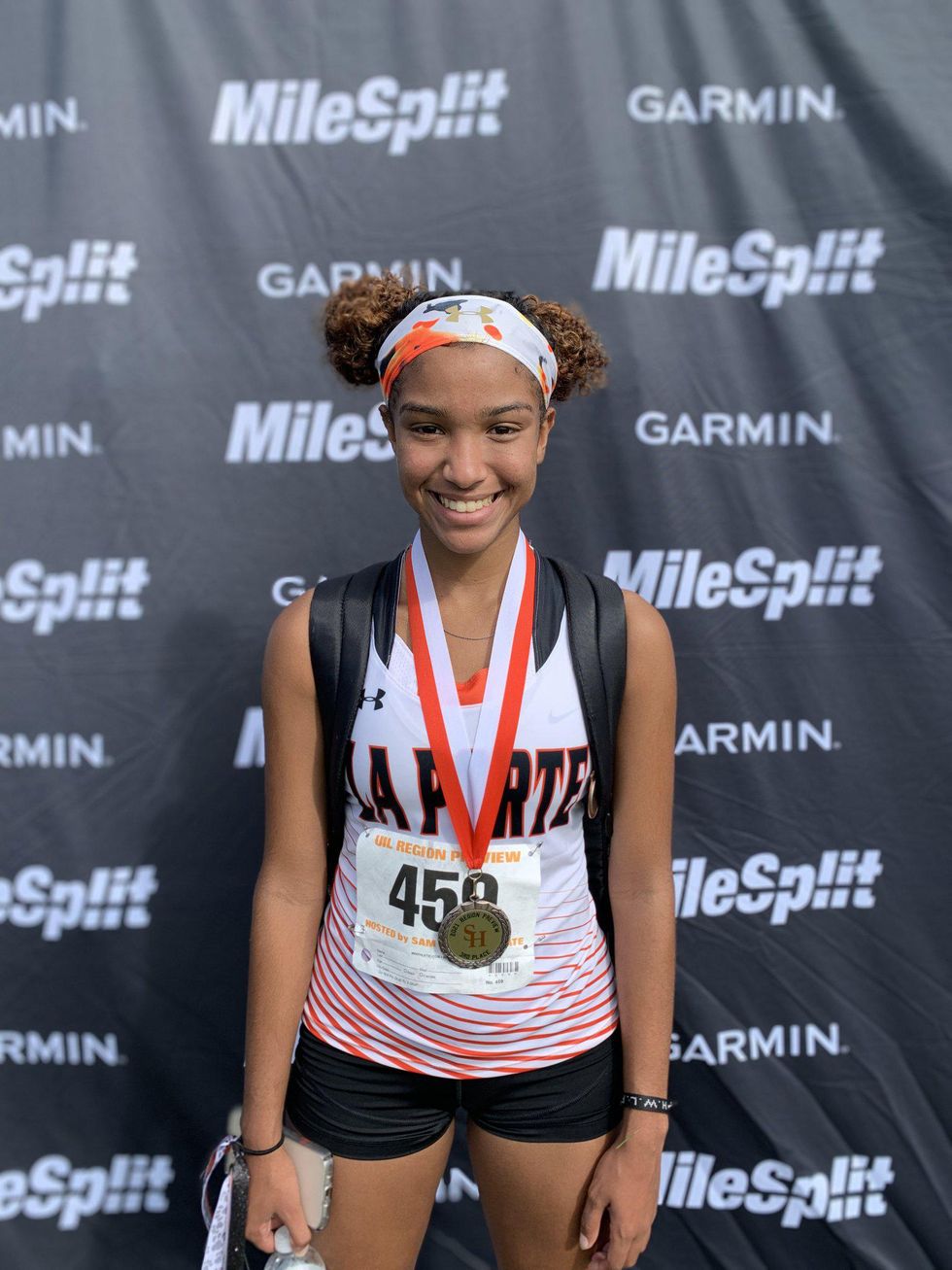 VYPE: At what point did you decide just to focus on running?

GREEN: I played basketball up until the summer before my ninth-grade year. I was in dance, on the drill team, my freshman year and I ran my first cross country season practicing with the boys team because there was no room for me in the girls class because I was in dance at the time. I would practice with the girls after school and, of course, race meets with them, but during school I was training with the boys. I placed second at district my freshman year, and from there I was like, hey, maybe I really do have a shot at this. After that year, I shifted to running. It was something I was serious about and realized I wanted to go to school for, so I stopped dancing, moved into the girls cross country period.

VYPE: Did practicing with the boys team do anything for you as far as helping you as a runner?

GREEN: Boys are naturally pretty fast and have a lot more stamina than women. Training with them and being with their amazing coach (then-La Porte head boys cross country and track and field coach Zach Johnson, now at Clear Lake), who took me under his wing, was big. He didn't train me like a boy, but he pushed me like one. I wasn't running the same distances, but he motivated me to catch some of the boys and I'd keep working hard until I caught up with them.

VYPE: What did you learn from qualifying for the state meet last year, and what did you take away that you can build on for this season?

GREEN: Sometimes you've just got to get out. Jump in the deep end and see where the cards fall. With that being my first time, we had practiced all year to go as a team. When my team didn't quite make it, but I made it individually, it was hard to stand on that line before the gun went off. It's hard to do that alone. You've got to know mentally that even though your teammates aren't on that line with you, they're still with you. Just go.

VYPE: The girls team is on a 10-year run of district titles. What is it about Coach (Carolina) Rodriguez's style or culture that has enabled that consistent success?

GREEN: It's her determination. She takes whatever girls she has and pushes them to their fullest potential. She makes us understand that we can do more and are stronger than we think we are. Whether we're a sprinter, hurdler, jumper, distance runner, she'll take you and mold you into who you want to be. It builds life characteristics.

VYPE: What have you learned personally under Coach Rodriguez and what has she done for you and your running career?

GREEN: I've met a lot of coaches from high schools, and I don't think they care as much for their student-athletes as a person as Coach Rodriguez does. They care for them for running and athletics, but Coach tries hard to connect with you on a personal level. She makes sure your grades are up and not having any issues at home, and if you are, she makes sure you know you can come talk to her. She tries her best to make you feel as comfortable as possible.