Man dies after being shot while driving on Westpark Tollway, police say

50 years later: The legacy of David Vetter, the boy who lived in a bubble

Houston Texans starting QB Tyrod Taylor could be out up to a month, KPRC 2 confirms

IF LAMAR CONSOLIDATED HIGH'S VOLLEYBALL TEAM IS TO MAKE IT TO THE REGIONAL QUARTERFINALS FOR THE FIRST TIME SINCE 2008, TWO CHILDHOOD FRIENDS WILL HAVE A HUGE SAY.

Senior outside hitter Cassidy Drapela and senior libero Haley Rodriguez have played together since the seventh grade. And going into their final campaign as Mustangs, only one thing is on their minds.

"Every year, we stop in the second round of the playoffs, and we want to get past it," Rodriguez said. "That's
been what we're working for. Hopefully, we can make it to that next level."

Drapela is a 6-foot power hitter who has been verbally committed to Houston Baptist since the start of her sophomore year. She has played varsity since her freshman year. All three seasons she has been a first team, all-district selection.

Drapela does not lack confidence.

She said it's a testament to her older, Catherine, who also played at HBU. Catherine, four year older than Drapela, introduced her younger sister to the sport.

"She didn't go easy on me at all. I think that's why I'm so aggressive," Drapela said. "She did not treat me like a 10-year- old. She treated me like a player on her level."

Rodriguez is versatile, the prototypical team player who does whatever is needed. 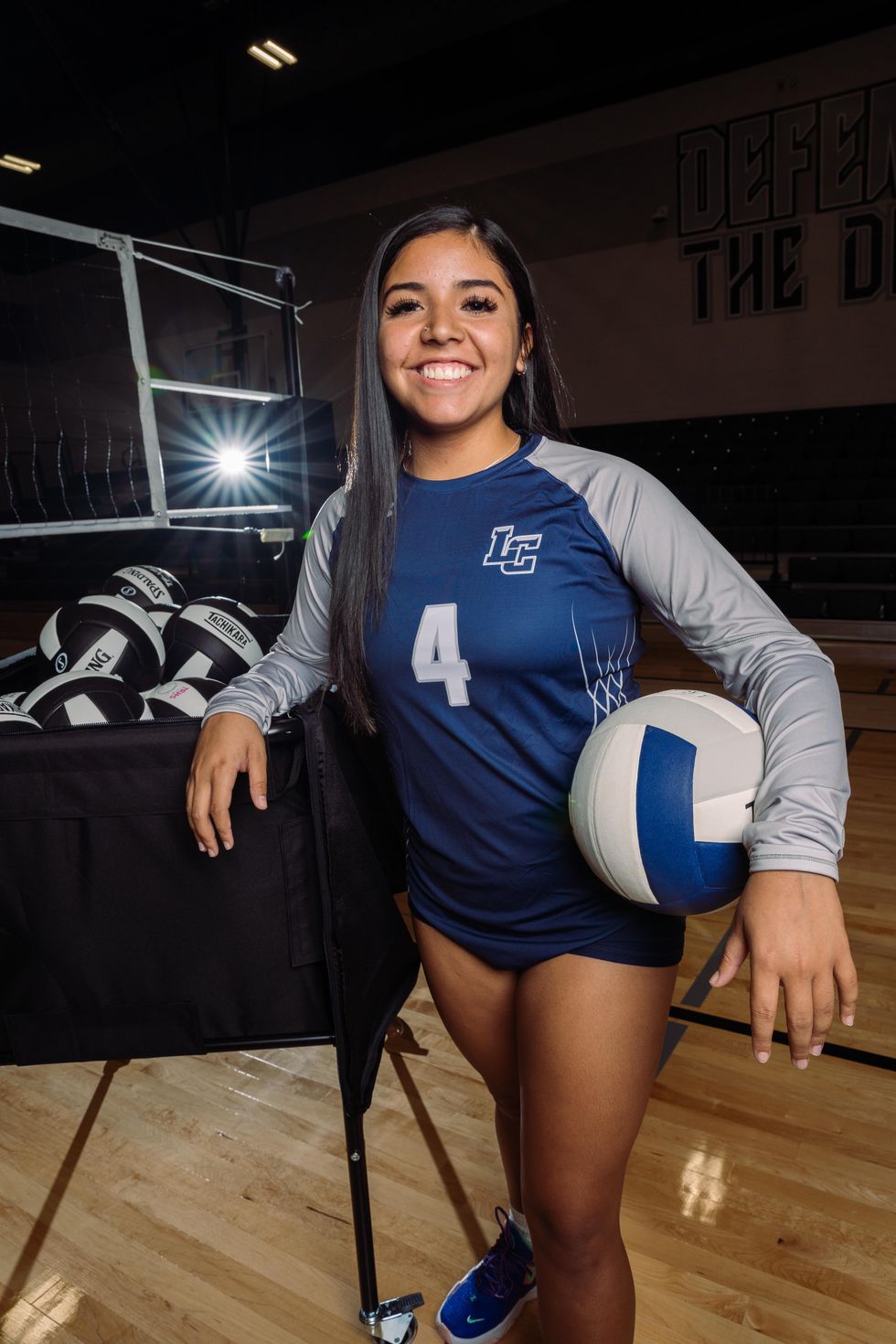 She started last season as the setter, running Sinegal's new 5-1 offense, before moving to defensive specialist. This season, she will play libero.

"She's always about winning, and that's what I love about Haley," Drapela said. "She'll fight to win."

Singeal added: "She knows how to put herself in somebody else's shoes. She's able to give me a different perspective on other players and how they may see things."

But as talented as they are on the court, it's the intangibles— humility, poise, selflessness— that define the two.

"They're rare," Sinegal said. "They're the leaders."