THE DECISION: Yeager builds success story on return to football

RICHMOND FOSTER SENIOR AUSTIN YEAGER STARTED PLAYING FOOTBALL WHEN HE WAS NINE YEARS OLD. HE STOPPED, HOWEVER, ONCE HE GOT TO HIGH SCHOOL.

The 6-foot-6, 300-pounder chose instead to focus his efforts on basketball and theatre, the latter which Yeager participated in from sixth grade through his sophomore year, going to Broadway performances and performing in two musicals.

But all of that changed in May of 2020, when Foster football coach Shaun McDowell saw Yeager's name come across his phone's caller ID.

"He told me, 'I want to play football next year,'" McDowell recalled. "I'm like, 'Heck, yeah, come on!' We started working out that June. He was there every day and has been working every day since."

At that time, Yeager was at a crossroads in his athletic career.

"When the time came to think about playing college ball, I was conflicted," Yeager said. "A lot of the high school coaches were telling me that would get (football) scholarships just merely based off of size, so I decided to take their word for it."

Because of his physical gifts, Yeager and Foster's coaches ultimately felt he had a stronger future in football.

"He was raw," McDowell said. "He's still raw. But what makes him so much fun is that he's very coachable and his work ethic is second to none. He's the epitome of what you want as a coach out of an athlete. He's the man."

Look at him now, as McDowell likes to say. Yeager committed in June to play football for NCAA Division
I Incarnate Word in San Antonio, with only 11 games of varsity ball as an offensive tackle to his name.

Yeager wants to one day open his own gym and inspire people to better themselves. He felt football could open the door to that opportunity, starting with college.

BATTLE FOR QB1: Who will lead the Falcons' offense? Coach Shaun McDowell said a fall camp competition between juniors J.T. Fayard (6-4, 190) and Landon Godwin (5-8, 165) will decide it.

EMERGING OJIAKU: Junior defensive back Ashton Ojiaku is someone to keep an eye on this year. The 6-foot-1, 180-pounder earned a scholarship offer from Houston in July, and more are surely on the way. He had 44 tackles and an interception last year.

HOME SWEET HOME: Foster starts the season with four consecutive home games at Traylor Stadium, versus Lamar Consolidated, Fort Bend Travis, Paetow and Milby. In fact, six of the Falcons' first seven games are at home, which could bode nicely for a reloading team that graduated all of its top offensive skill players. 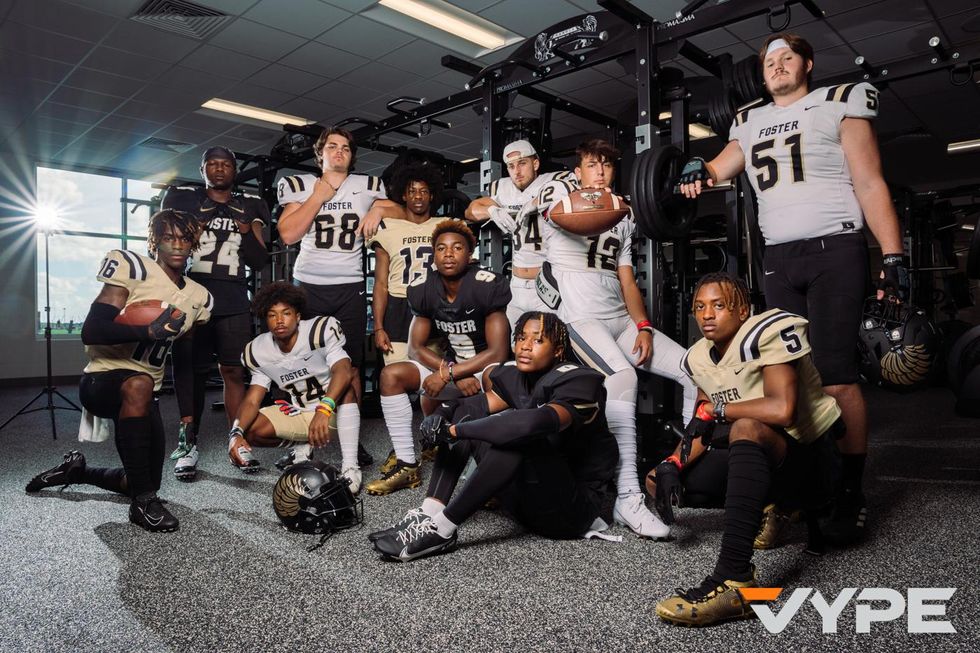